There have been times this season where the Utica Comets have lacked consistency in their game. 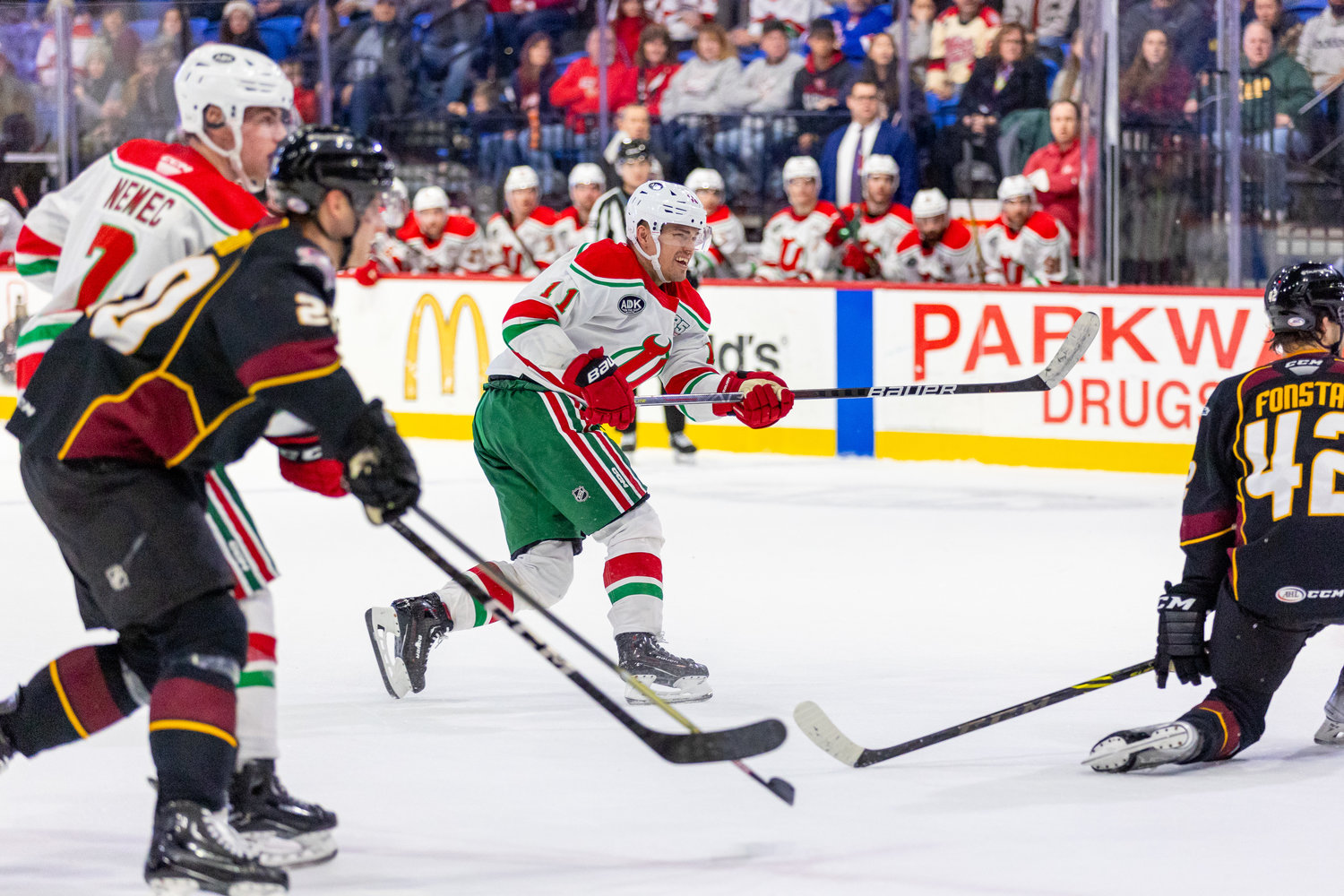 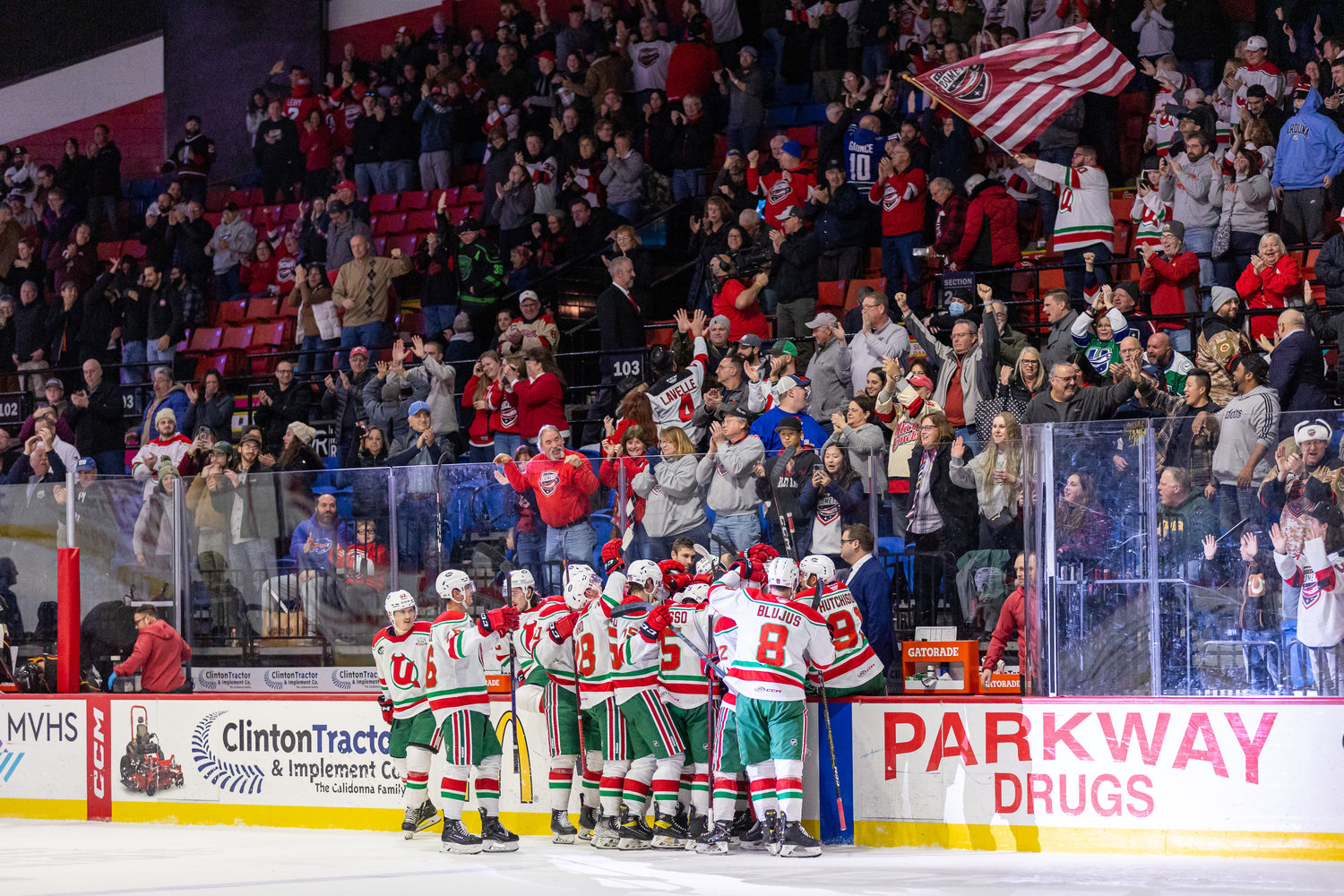 UTICA – There have been times this season where the Utica Comets have lacked consistency in their game.

The team’s outing Wednesday against the visiting Cleveland Monsters might serve as an example of what to largely avoid despite the result that appears in the win-loss column.

Graeme Clarke tied the game with 59 seconds left in regulation and Andreas Johnsson scored quickly into overtime as the Comets arguably stole a 3-2 win from the Monsters to continue a season-best point streak.

“This is a game that feels almost like it has a bitter taste when you feel like you don’t really deserve it,” said Johnsson, who had a goal, assist and a four-minute roughing minor penalty late in the second period. “I’m 100% sure all of us will want to come back (this weekend) and play way better and like we can.”

Johnsson said the team seemed “not ready to win all the battles.”

Comets coach Kevin Dineen succinctly described his team as “extremely lucky” after being “outworked from the beginning” against a struggling and depleted Cleveland squad. While he liked the team’s composure, intensity and pressure during last weekend’s three wins, those elements were absent Wednesday.

“We thought we were going to go out there, have fun … and ‘teehee’ our way through the game and enjoy it,” Dineen said. “We got a mouthful of hard work. We’re are an extremely fortunate hockey team.”

His displeasure – to put it mildly – with the team stemmed from “getting outworked in every little aspect of the game.”

“That’s a warning sign that we’re a little bit too big for our britches,” he said in a brief interview.

Utica never led in regulation and was nearly a minute away from its first regulation loss since mid-December before the Cardiac Comets made a brief appearance and sent Cleveland to its eighth setback in the last nine games.

Clarke’s 13th goal of the season on a snipe from the left circle with an extra attacker on the ice helped force overtime. It was his 24th point in his last 21 games.

Johnsson ended it 60 seconds into the 3-on-3 overtime when he got a drop pass from Tyce Thompson and scored from the high slot past goalie Pavel Cajan.

“This time I shot, I usually pass,” said Johnsson, who assisted on Nolan Foote’s OT winner Dec. 31 against Belleville. “It was nice to see it go in.”

Akira Schmid, in his 10th appearance with Utica this season, totaled 25 saves and improved to 6-1-3 overall.

Captain Ryan Schmelzer scored in the second period to help tie game following a faceoff win and a feed from the corner by Brian Halonen – who turned 24 on Wednesday.

The result over Cleveland continued a few streaks for Utica. First, the team has won four consecutive games.

And, it was Utica’s sixth consecutive win over Cleveland dating back to last season.

The team has won six consecutive at home, which is the longest active such streak in the AHL. The team is 10-4-2-1 at home this season.

The most notable: The Comets pushed their overall point-streak to 12 games (10-0-2-0), which matches Texas for the longest such streak this season.

At 18-9-5-1 overall (42 points), Utica remains in second place in the North Division, two points ahead of Rochester. Utica has played one more game, though.

“We’re on a good roll here, I think we have confidence in the plays we’re making,” Johnsson said. “(Wednesday) was not our best game for sure. … We have to be way better on the road this weekend.”

Utica’s next three games are: 7 p.m. Friday at Providence, 7 p.m. Saturday at Bridgeport and 1 p.m. Monday at Syracuse.