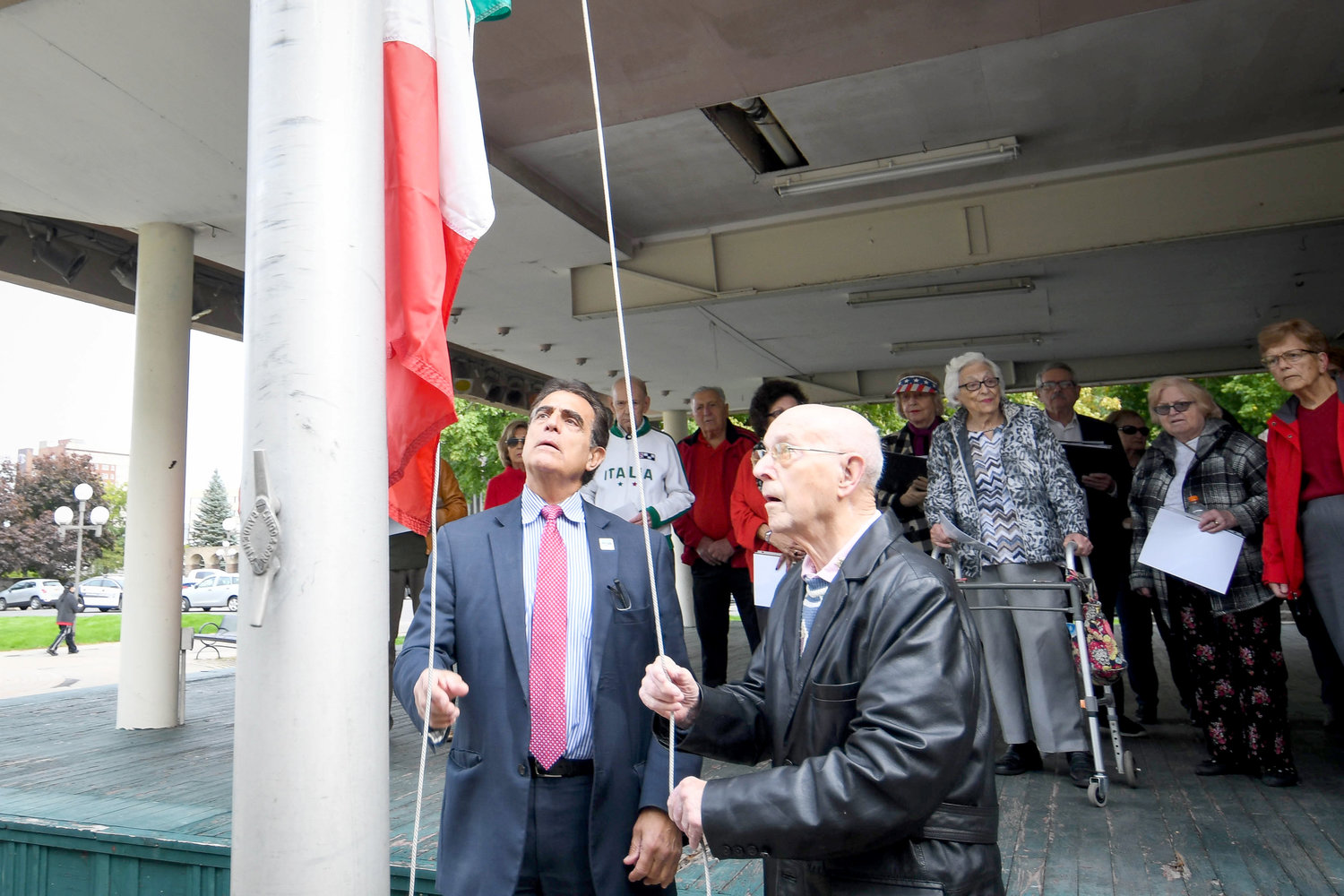 On the heels of celebrating and proclaiming Polish American Heritage Month and raising the Polish flag, Utica City Hall continued the October heritage commemorations with celebrating and proclaiming Italian American Heritage Month and raising the Italian flag, as both countries share the same heritage month in the United States.

“We are here, once again in this great city, to talk about our heritage,” Utica Mayor Robert Palmieri said. “It’s amazing in the city of Utica that we can have so many flag raisings and so much history and so much ethnicity in a great city. I don’t think there’s any city that I know of that has a melting pot, maybe New York City, that would be about it.”

The mayor was joined by the Italian Heritage Club of the Mohawk Valley and Assemblywoman Marianne Buttenschon, D-119, Marcy, who is also a member of the New York State Conference of Italian American Legislators. A host of local Italian Americans came to City Hall to witness the event and to start a month-long celebration of Italian heritage and culture.

The Italian Heritage Club of the Mohawk Valley has a list of events scheduled to celebrate Italian American Heritage Month, including raising the Italian flag in the cities of Rome and Herkimer, a wreath laying in Little Falls and a performance by local Italian choir Il Coro Italiano at the Oneida County History Center.

At the Italian flag raising ceremony, Palmieri proclaimed the month of October as Italian Heritage Month in the city of Utica. The flag is scheduled to fly proudly for the remainder of the month.