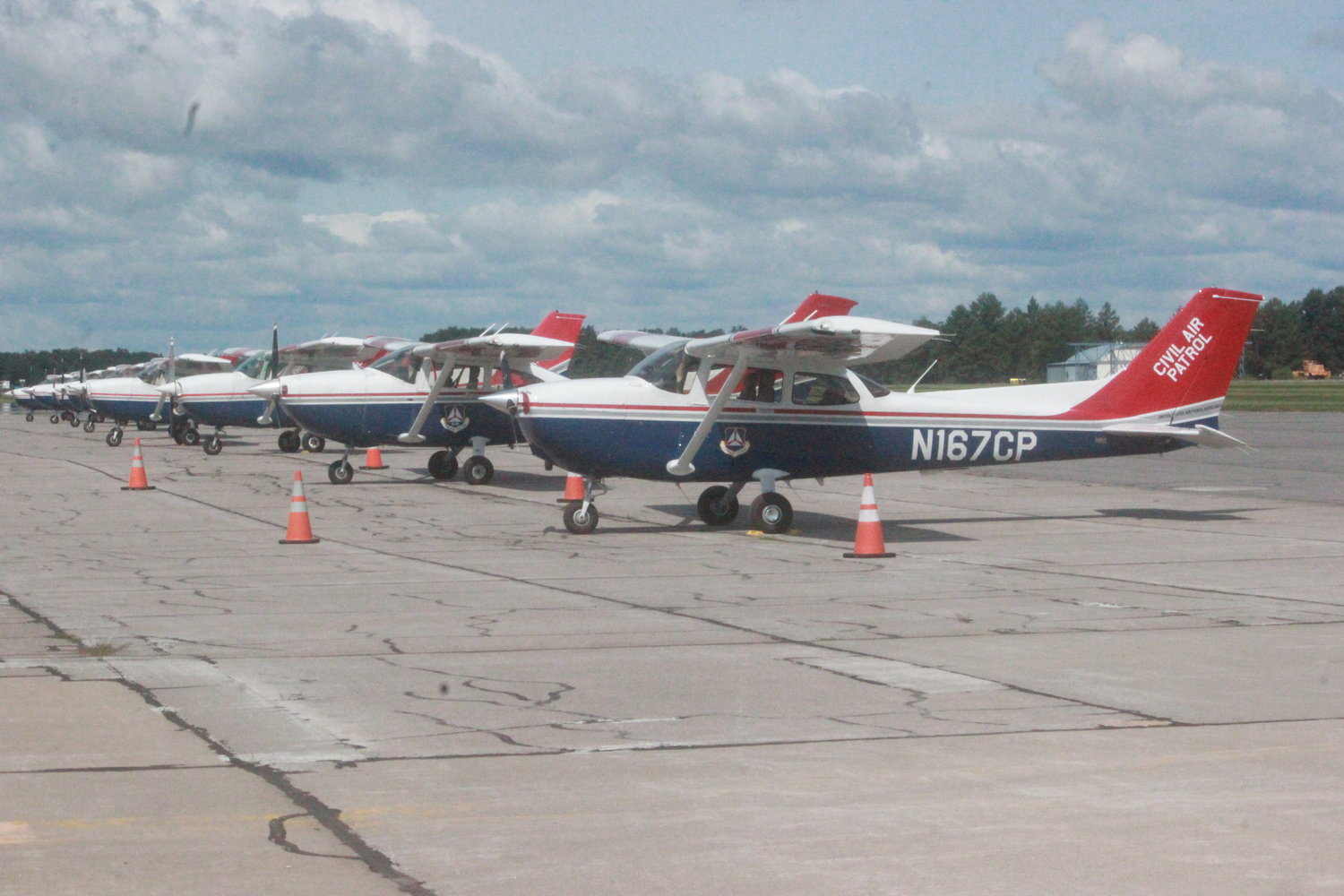 READY TO GO — Aircraft and crew from all nine of New York’s wings sit on the tarmac after arriving at the Griffiss International Airport for a large-scale disaster relief training exercise in August in this Daily Sentinel file photo.
(Sentinel file photos by Charles Pritchard) 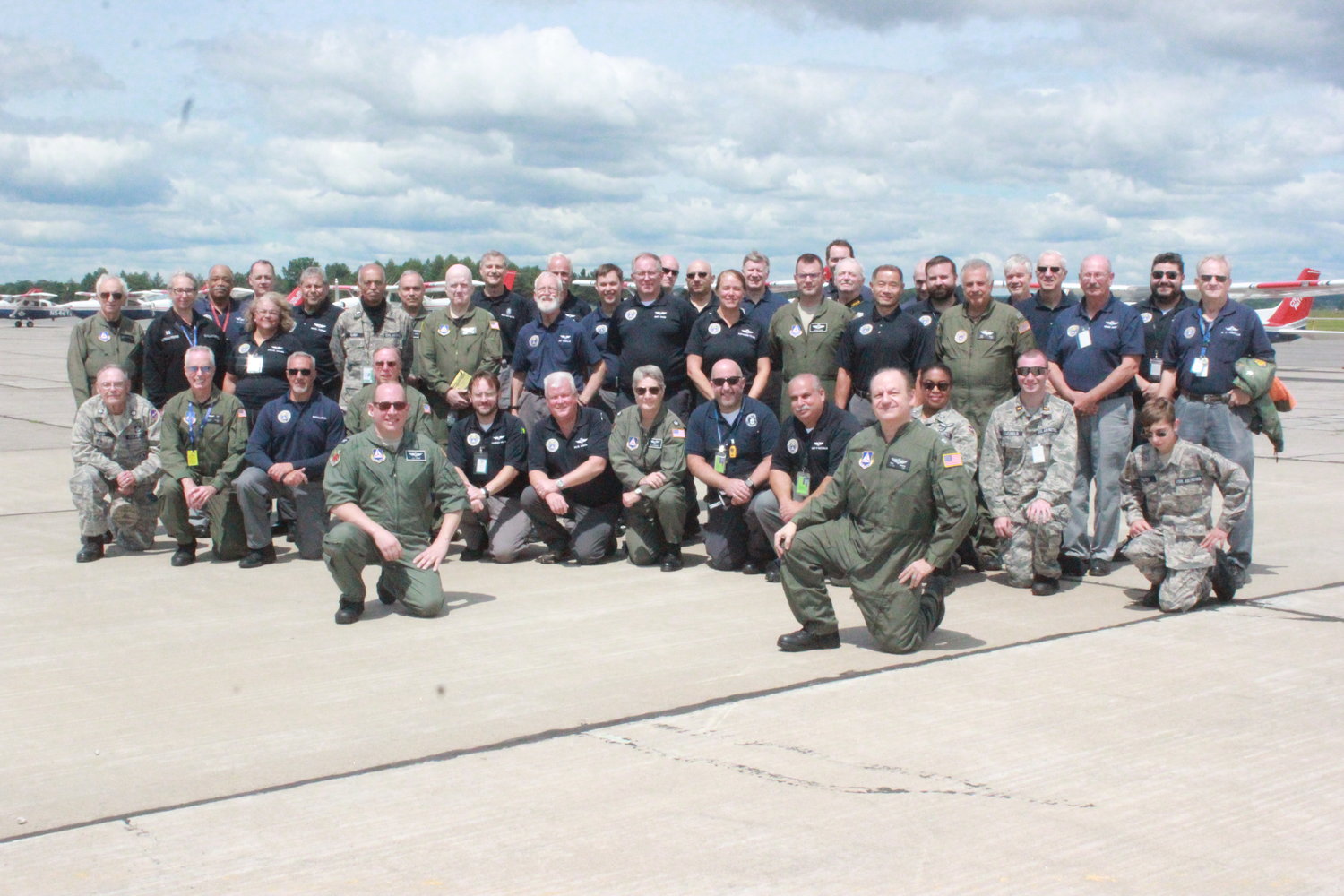 REPORTING IN — Aircraft and crew gather for a group photo prior to a large-scale disaster relief training exercise held in August at the Griffiss International Airport earlier this year.
(Sentinel photo by Charles Pritchard)
Previous Next
Posted Saturday, December 4, 2021 7:10 am

UTICA — The Utica Cadet Squadron and Civil Air Patrol members throughout the country and in overseas squadrons are celebrating the organization’s commitment to community service this month for their 80th anniversary.

More than 56,000 youth and adult members nationwide — 2,000 of which reside in New York State — volunteer their time and talent to perform essential emergency services, advance aerospace and STEM education, and provide youth programs that build character, enhance physical and mental fitness, and shape the leaders of tomorrow.

“On this milestone anniversary, today’s volunteers take great pride in continuing the important work of our predecessors. Just as we did in CAP’s early years, volunteers continue to perform vital missions for America, including homeland security, youth training, the advancement of science and technology, and so much more. Our proud past is a launching pad for us to rocket into the future.”

Civil Air Patrol was founded in December 1941, one week before the U.S. entered World War II. Since then, its mission has evolved over the past eight decades to meet the ever-changing needs of America’s communities with advanced lifesaving technology and world-class programs in youth development and education, officials said.

As the operator of the world’s largest fleet of single-engine aircraft, CAP also serves as the official auxiliary of the U.S. Air Force to perform emergency services duties as assigned, including conducting search and rescue missions; supporting local, state, and federal agencies after natural disaster; providing pandemic relief; participating in joint training exercises; and more.

In 2015, Civil Air Patrol became a Total Force partner of the Air Force in a noncombatant role, complementing the combined efforts of the Air Force, Air Force Reserve, and Air National Guard to preserve life and relieve suffering.

Civil Air Patrol is also helping address the looming national pilot shortage with innovative programs like Cadet Wings that provide scholarships to train cadets 17 and older to be private pilots — an opportunity that can change the trajectory of a young life, officials said.

The Utica Cadet Squadron meets every Sunday at 2 p.m. at the American Legion on Herkimer Road and is always accepting teenager and adult members. Contact squadron commander, Capt Keith James at kjames@cap.gov for more information.

To learn more about CAP in general, visit GoCivilAirPatrol.com.