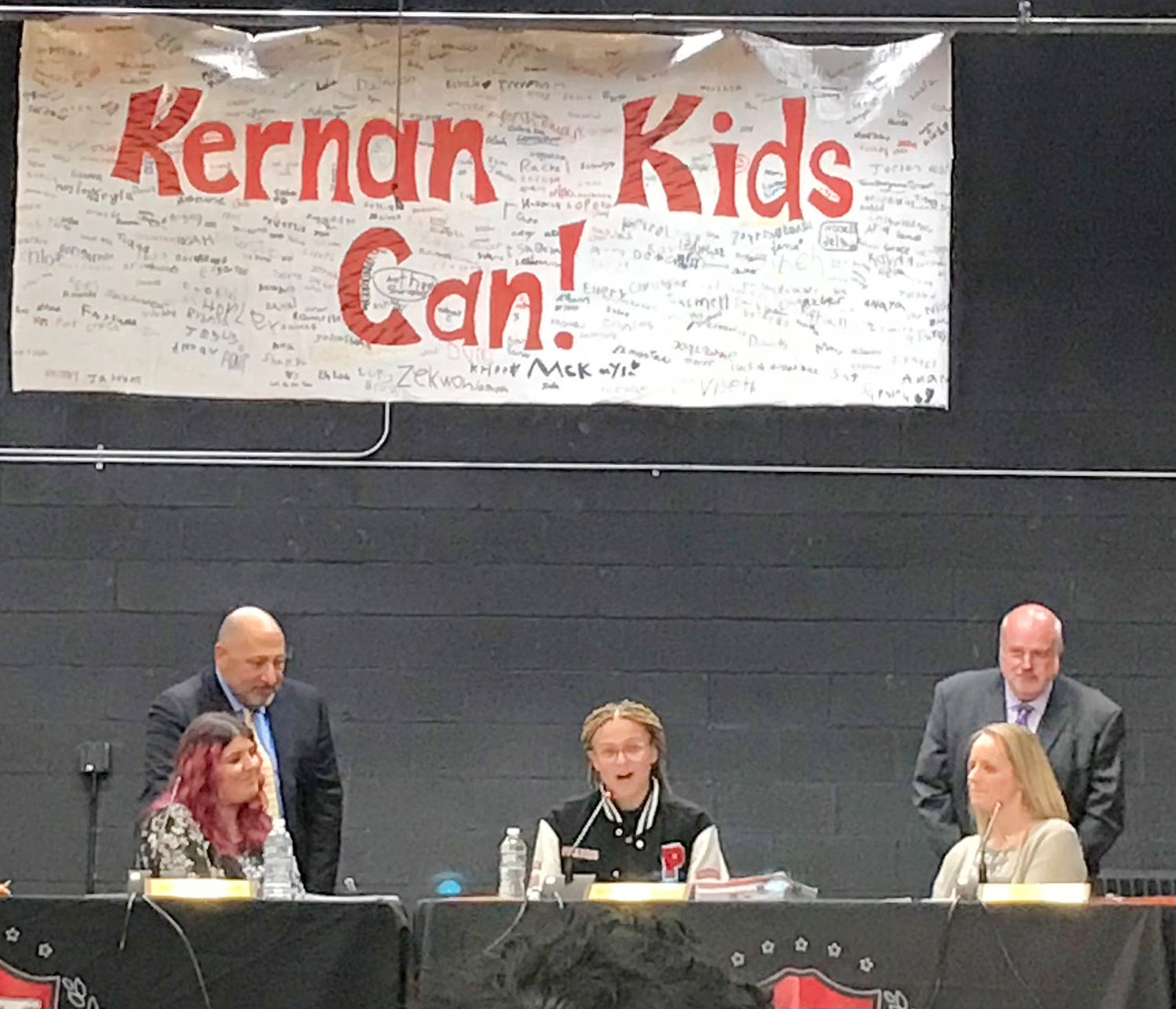 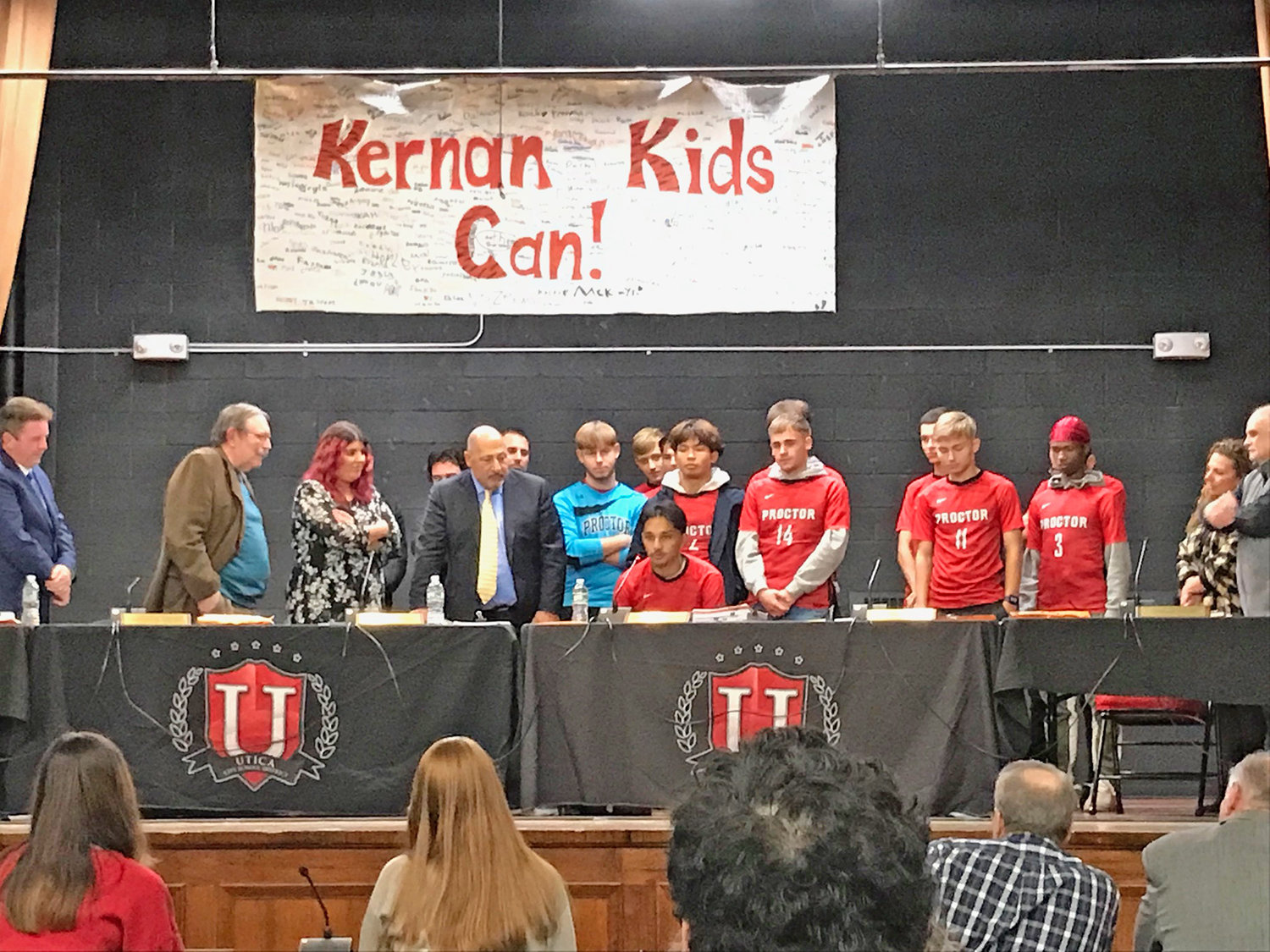 UTICA — In keeping the tradition of inviting students from the district to their meetings, the Utica City School District Board of Education welcomed the Christopher Columbus Elementary School Student Council, the Proctor High School boys varsity soccer team and Proctor swim team diving record breaker Deandre Frazier to speak at its Tuesday meeting.

The Student Council had just hosted a Veterans Day ceremony and district Acting Superintendent Brian Nolan applauded its efforts to honor the veterans. The council is working on a recycling project and have placed recycling boxes throughout the school. They are also collecting toys for the Stuff the Bus outreach.

The soccer team had a “spectacular” year and finished as Tri-Valley League champions for the first time in several years, officials said, finishing with a 14-3 record, with 14 shutouts, a school record.

Frazier was joined at the board’s meeting table by the previous record holder Christina Shepardson Kidwell. Frazier broke Kidwell’s 23-year-old diving record with a score of 201.45 in September.

Both Frazier and Kidwell said how great it was to meet each other, and Kidwell reminisced that she broke the record herself originally in 1999 while Frazier wasn’t even born in 2005.

The board and their guests all posed for photos together. Board of Education President Joseph Hobika Jr. announced at their first meeting of the school year that district students would be introduced at each meeting. Nolan noted the Columbus Elementary School Chorus, who sang at the Veterans Day event, would be coming in soon.

In other business, the board:

Awarded a Certificate of Appreciation to the Steet Ponte Auto Group for their donation of coats to the children of Kernan Elementary School.

Nolan commended the Compassion Coalition for its donation of 130 Thanksgiving meal baskets to district residents at each of the schools.

The Utica City School District Board of Education will meet Tuesday, Dec. 13, in the Kernan Elementary School auditorium, 929 York St. The agenda includes an executive session from 5:30-6:30 p.m.; public comment at 6:30 p.m. and the regular meeting at 7 p.m.