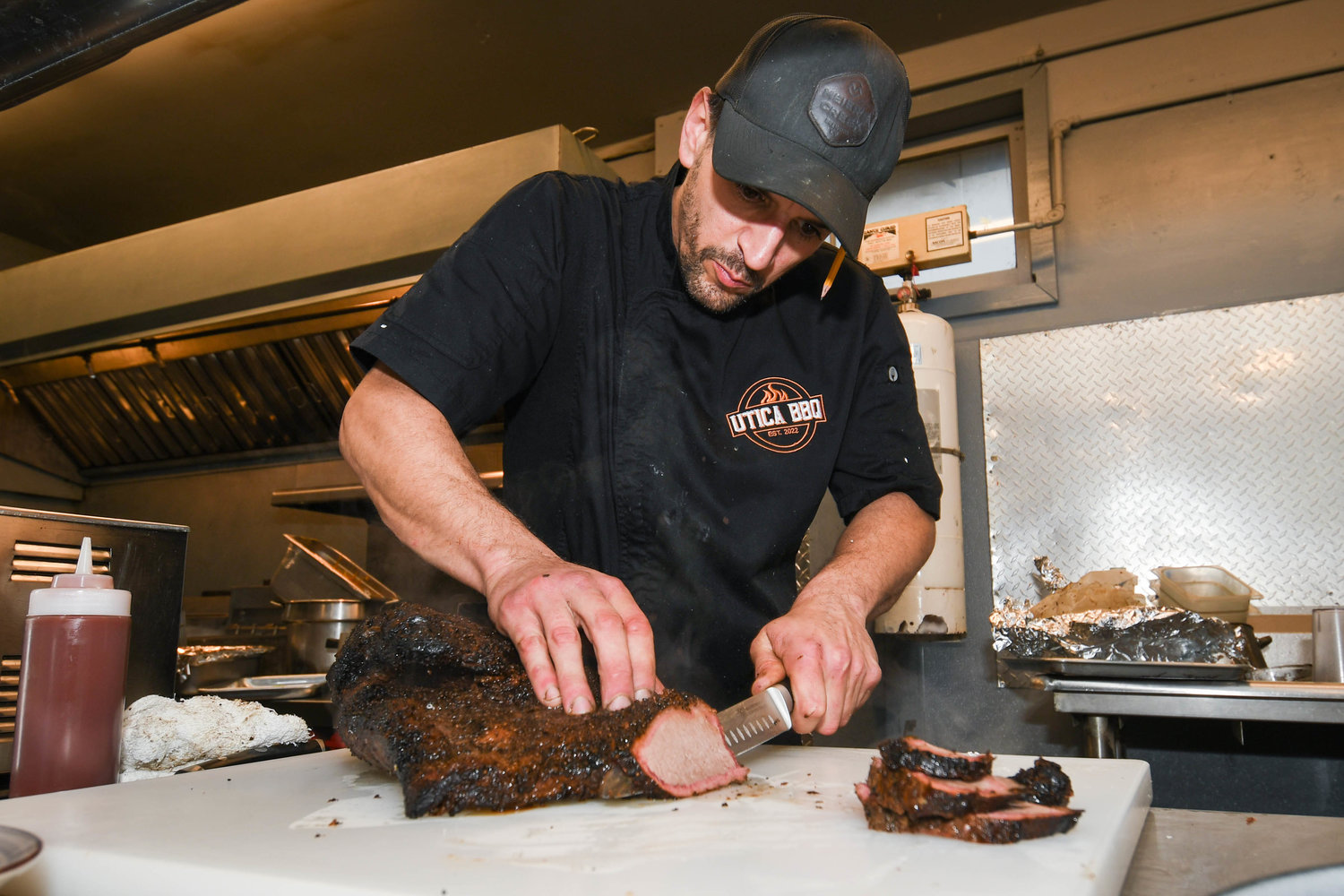 Chance Borawski slices up a piece of brisket in the kitchen at Utica BBQ at 224 Roosevelt Drive in Utica, on Friday, Nov. 11.
(Sentinel photo by Alex Cooper) 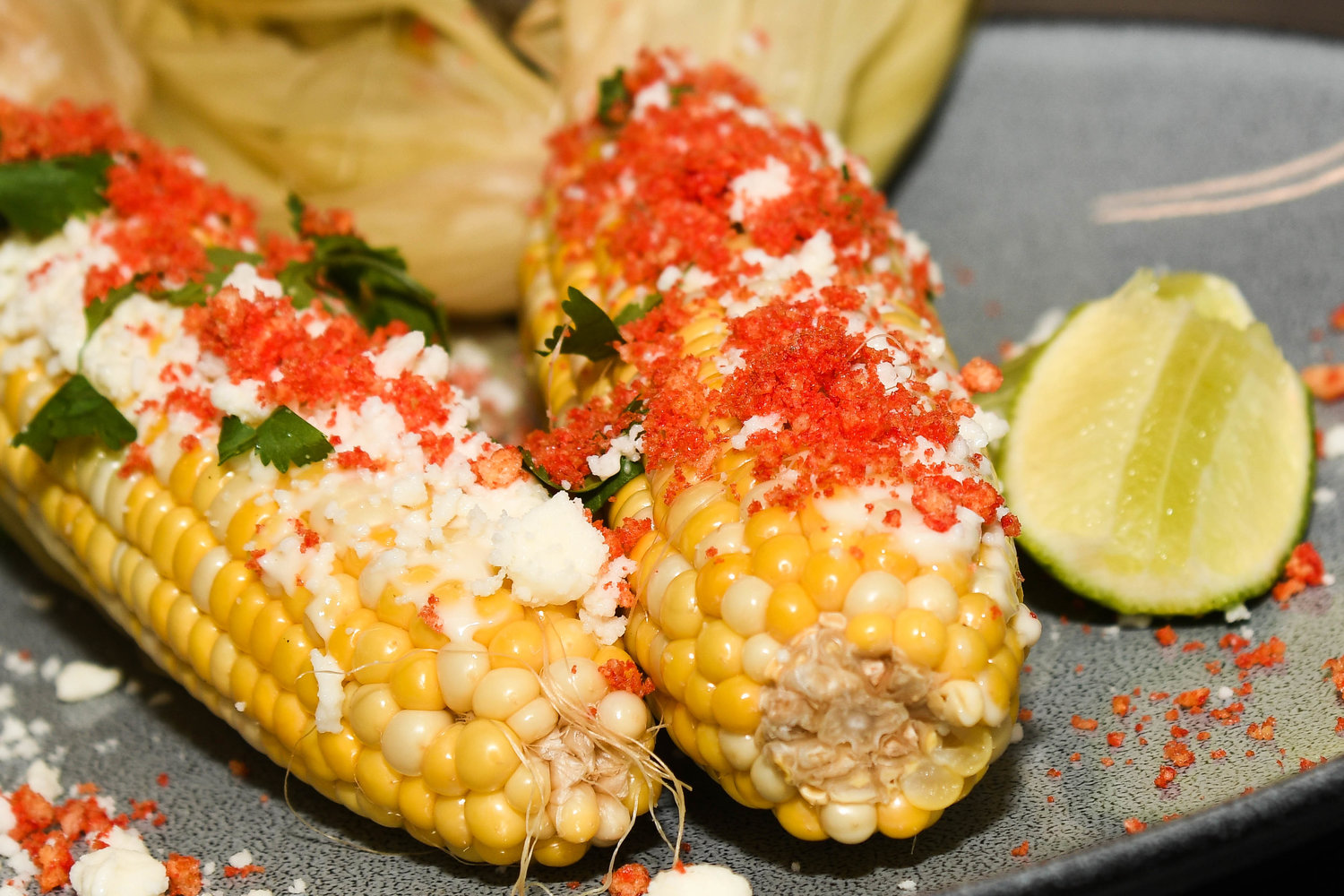 Street corn is one of many different appetizer options at Utica BBQ on Friday, Nov. 11.
(Sentinel photo by Alex Cooper) 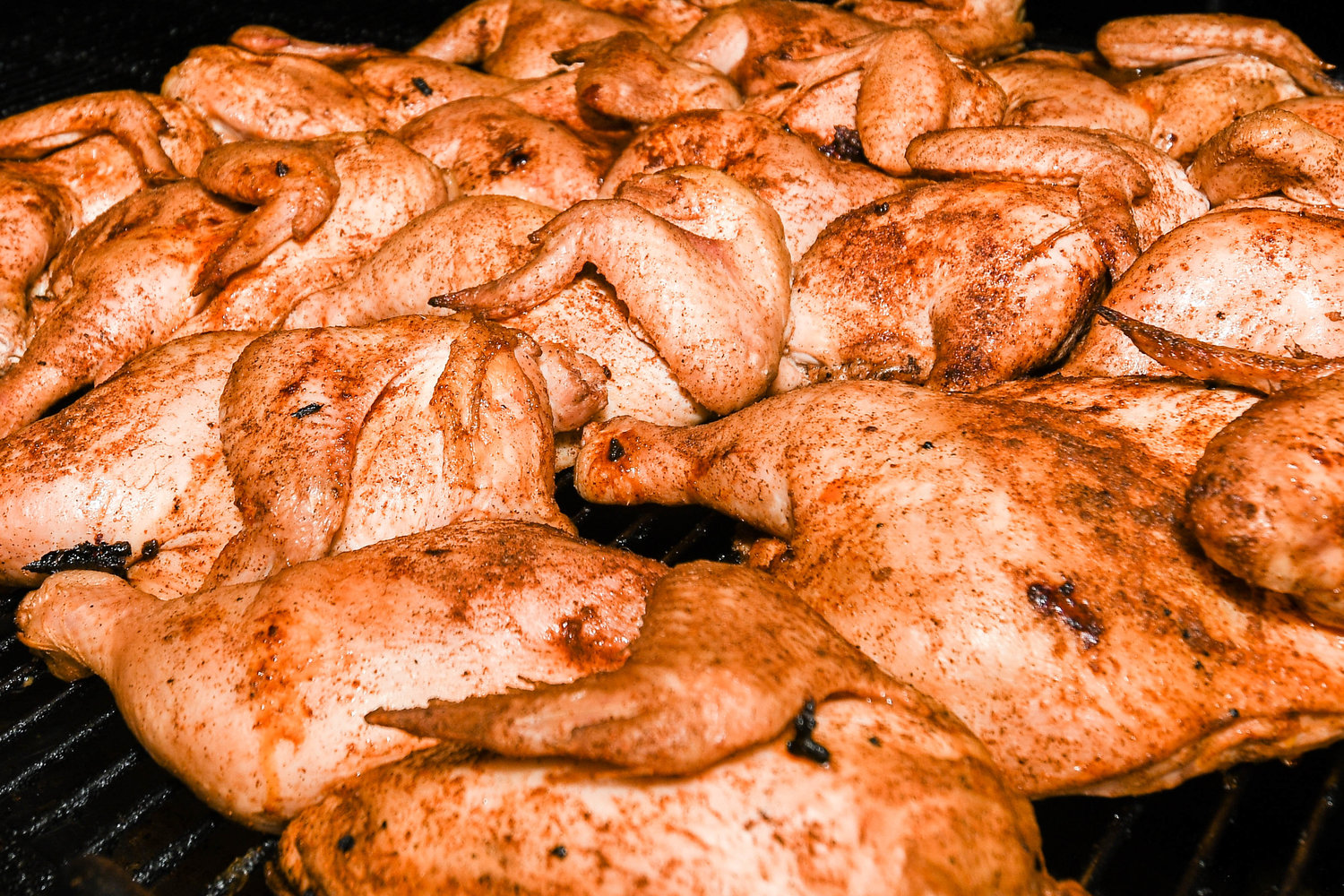 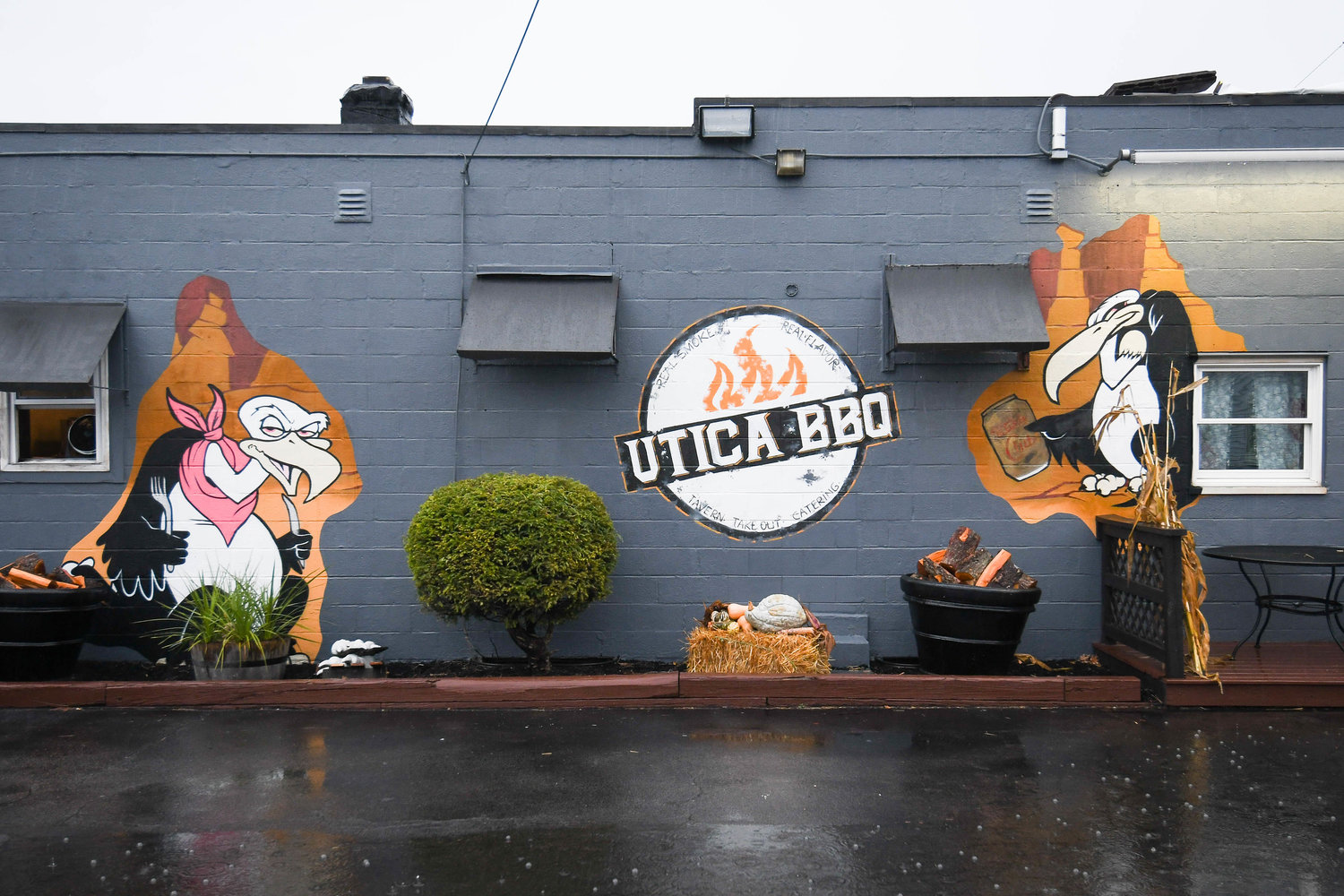 The restaurant is a modern barbecue establishment with a traditional smokehouse that offers barbecue fare like brisket, ribs, chicken, pulled pork, Korean sticky ribs, burgers and a variety of sides.

Utica BBQ owner Chance Borawski believes the quality of Utica BBQ will speak for itself. “I’m very passionate about what I do,” Borawski said. “I’m very pride-driven, will not accept anything less than the best that we can do with the tools that we’re given.”

The restaurant is located in a south Utica residential neighborhood and surrounded by houses. Borawski, who has worked alongside the owners of Boneyard BBQ in the past, plans to continue to “make this feel like a neighborhood place, make it feel welcome, make it feel where people want to come in.”

“Hopefully it’s well received,” Borawski added. “That’s all I can do, try to give back to the community as much as I can and grow.”

Utica BBQ’s tentative hours of operation are Tuesdays through Thursdays from 4 p.m. to 10 p.m., Fridays through Sundays from 1 p.m. to 9 p.m. and closed on Mondays.