UTICA — United Way of the Mohawk Valley’s Step-Up Incentive Drawing ran in conjunction with its annual campaign. This incentive gives donors who increase their previous year’s donation a chance … 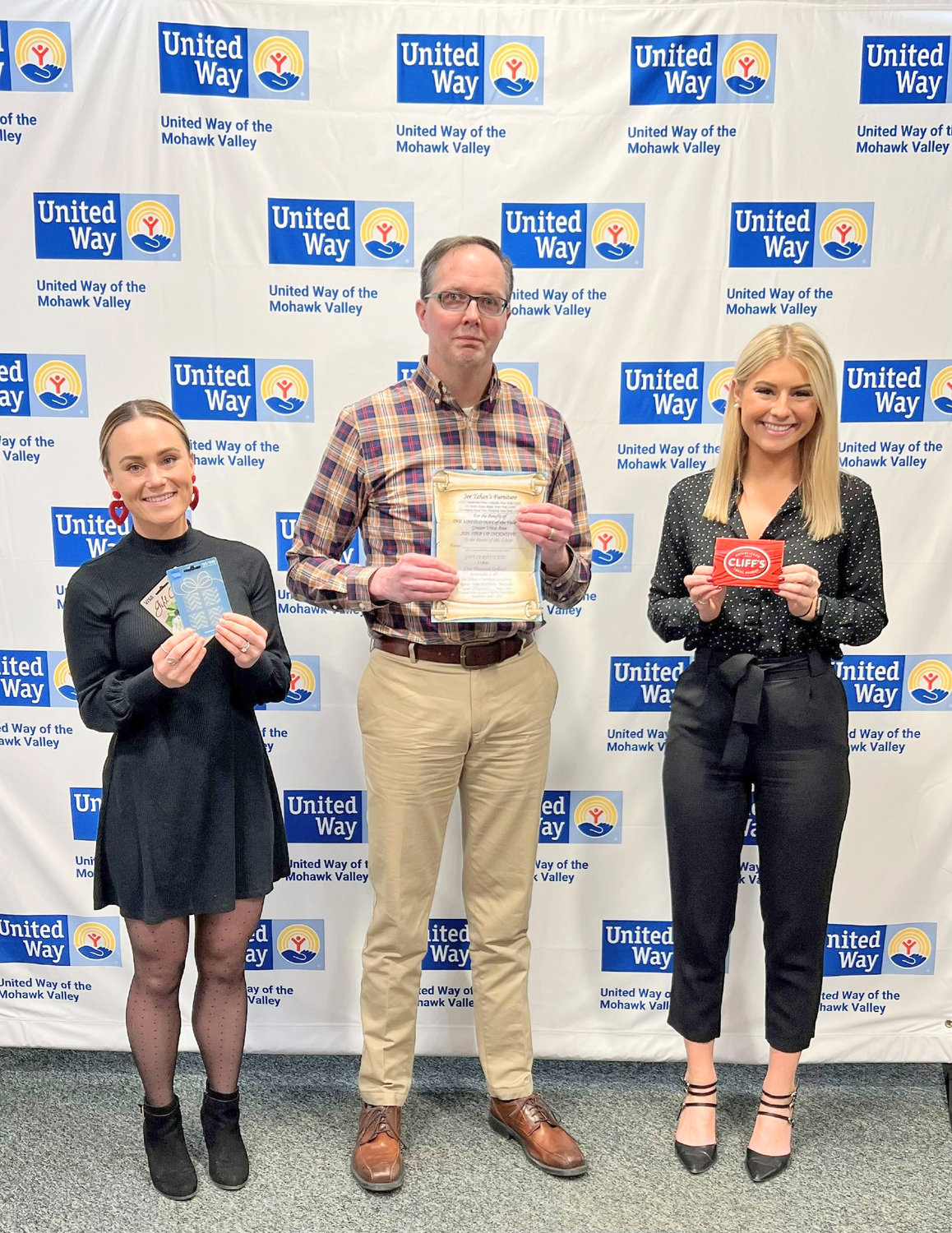 UTICA — United Way of the Mohawk Valley’s Step-Up Incentive Drawing ran in conjunction with its annual campaign. This incentive gives donors who increase their previous year’s donation a chance to win $3,000 in gift cards from local businesses, up from $2,000 in previous years. To enter, local individuals “stepped-up” their annual giving by or made a gift of at least $100 for the first time to help celebrate the organizations 100th anniversary.

“United Way’s programs are a tremendous asset to the greater Mohawk Valley. I am proud to work for Utica National, which has a long history of community service and involvement with the United Way, including its annual campaign,” said Von-Matt. “My family and I have a trip to Florida planned and we plan on using the gift cards along the way!”

This year’s Step-Up Incentive helped bring in an additional $37,352 in donations from individuals who entered to win by increasing their donation. There were 197 donors, but a total of 94 new donors.

The Step-Up Incentive is just one part of United Way MV’s annual fundraising campaign, which funds dozens of local nonprofit programs and initiatives to help thousands of local community members.

“Helping our community thrive is what United Way of the Mohawk Valley is all about, and through efforts like our Step-Up Initiative – we continue to see community members doing just that,” said Erin Gutierrez Matt, United Way CEO.

“With the generous support of our donors and corporate partners, for 100 years we have continued to overcome this area’s toughest challenges,” Gutierrez Matt added.

United Way MV is a leader in innovation, continuously adapting and creating solutions to meet the needs of those in the Mohawk Valley. Most recently, they have increased access to services through projects and programs such as Ready for Kindergarten, 211, childcare through the Empire State Poverty Reduction Initiative (ESPRI), and more.

To make an impact with United Way MV, individuals can donate by visiting unitedwaymv.org/donate, calling 315-733-4691, or mailing a check to United Way of the Mohawk Valley at 258 Genesee Street, Utica, NY 13502.