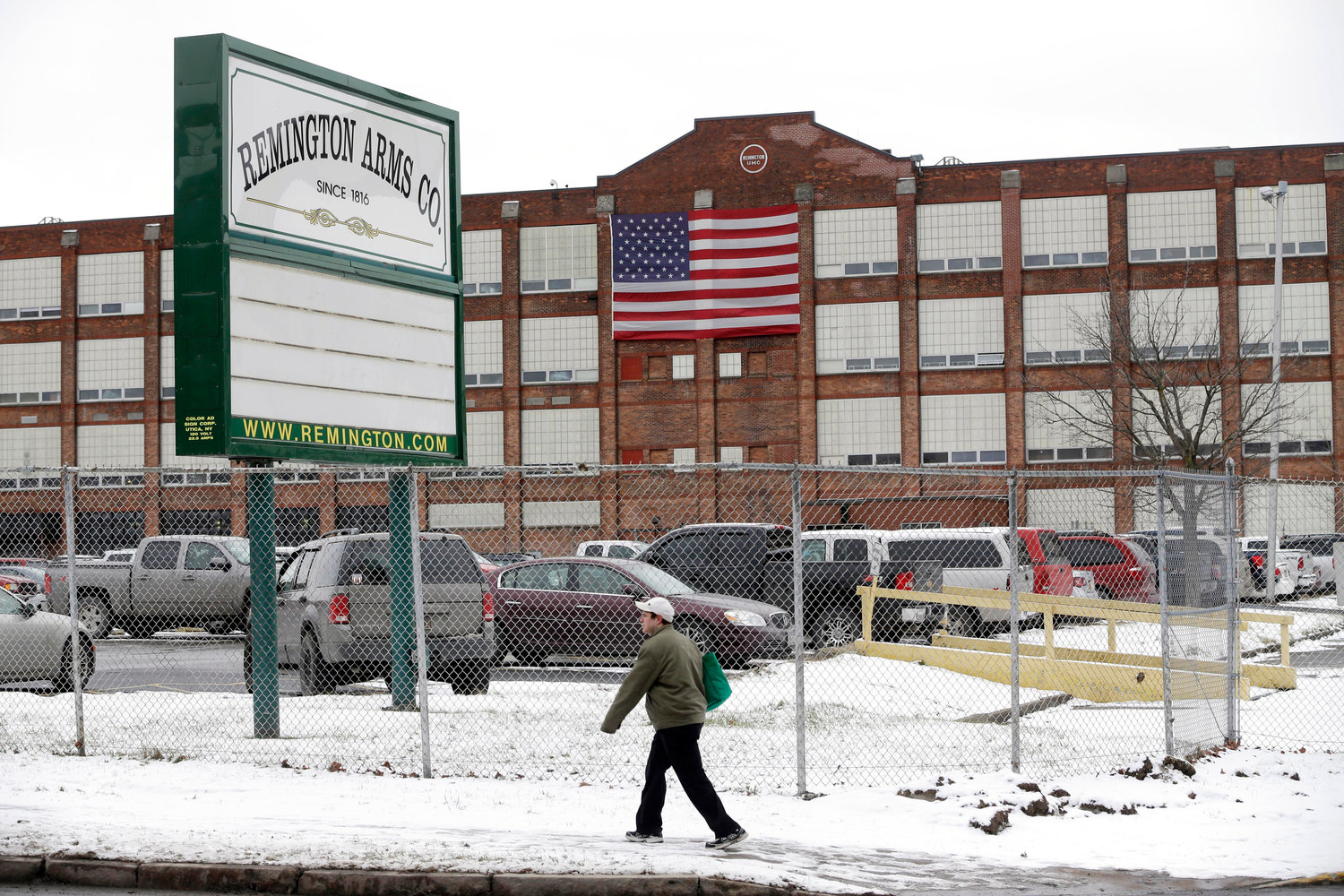 UNION PROTESTS — The United Mine Workers of American Local 717 is organizing a rally to protest failure of the outgoing owners of Remington Arms, whose Ilion factory is shown in this file photo, to pay earned benefits to workers recently laid off during the transition to new post-bankruptcy owners.
(AP file photo)
Posted Wednesday, October 28, 2020 4:00 pm

ILION — The United Mine Workers of American Local 717 is organizing a rally to protest failure of the outgoing owners of one of the Mohawk Valley’s largest employers to pay earned benefits to workers recently laid off during the transition of the Remington Arms gun plant in Ilion to new post-bankruptcy owners.

The union, which represents most of the plant’s workers, announced earlier this week that 585 workers there would not receive health-care and other contractual benefits, nor severance pay and accrued vacation benefits, from Remington Outdoor as the union says the company was obligated to pay under its collective bargaining agreement.

Remington Outdoor is the corporate entity that owns the gun factory, which dates back to the early 19th century, but it is relinquishing ownership of the Ilion plant to a real estate investment firm known as Roundhill Group under a settlement approved in bankruptcy court Sept. 30. The Marlin brand, among Remington products made in Ilion, was bought by gun maker Sturm, Ruger. The sale has not closed, so Roundhill is not the owner yet, but the union and area elected officials said the company appears to want to keep the plant running and making guns other than the Marlin brand.

Remington Outdoor notified the union and state Labor Department that it planned furloughs at the time of the bankruptcy decision, but it is the denial of benefits and severance that drew protest.

“While discussions are ongoing to reopen the plant under new owners, the old owners are taking money out of the pockets of the workers, food from their families,” UMWA International President Cecil Roberts said in a statement from the union.

“They are cutting off health care for thousands of people, some who are in the middle of cancer treatments, surgical recovery, physical therapy, or other critical medical treatments. The workers made the old company successful, not the other way around. This is the thanks they get. They and their families are not going to stand for it.”