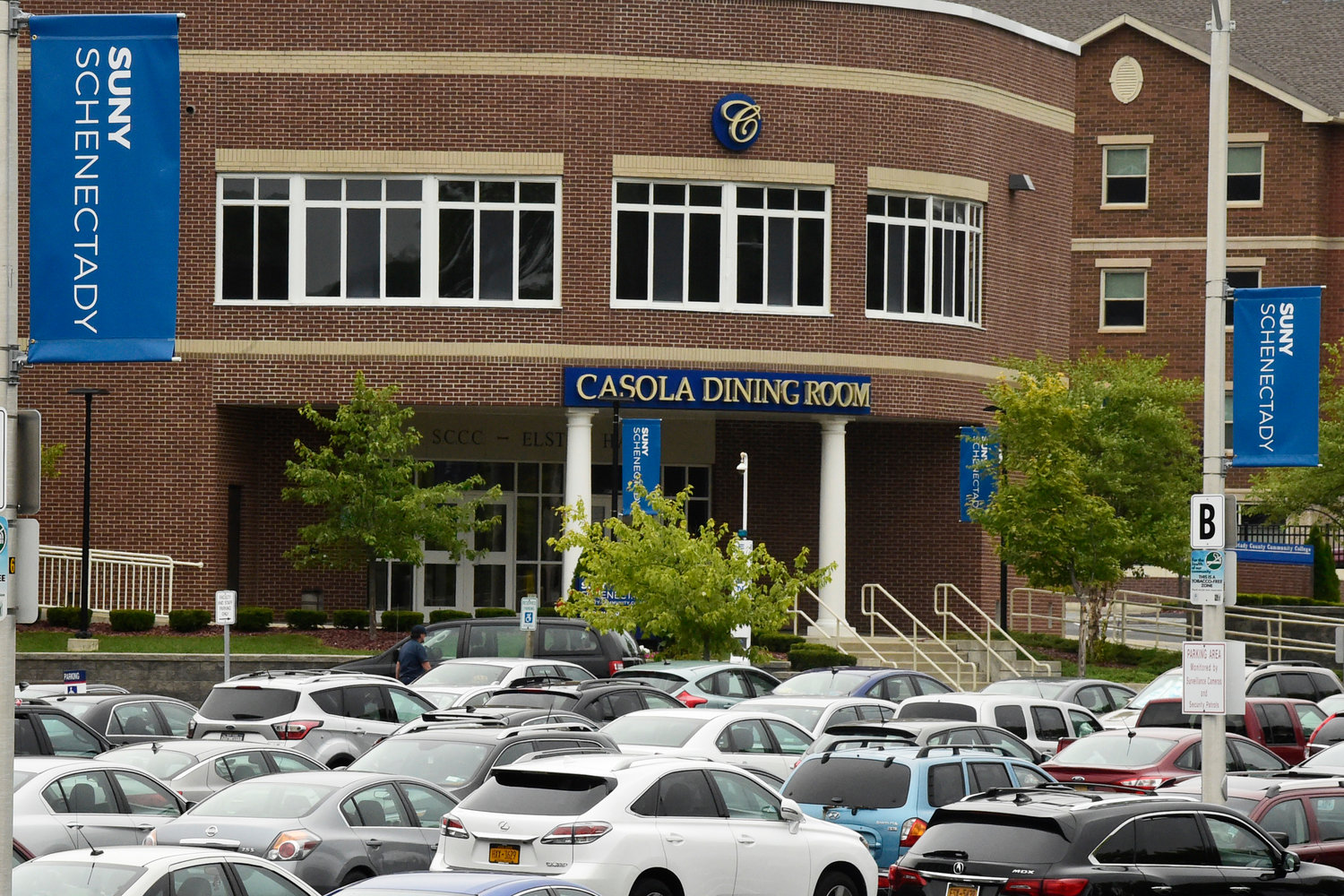 Warning of larger class sizes and possible program cuts, officials on Friday called for additional state funding to address growing deficits at colleges and universities belonging to the State University of New York.

Leaders from the United University Professions, which represents more than 42,000 academic professionals across 29 SUNY campuses, are calling for an increase in state funding to help combat multimillion-dollar budget deficits at several Capital Region institutions, including the University at Albany, Empire State College and SUNY Cobleskill.

“For too long, our campuses have been underfunded by the state, which has foisted the burden of funding our campuses onto the backs of students and parents through higher tuition and fees and other ever-increasing costs,” Frederick Kowal, UUP president, said in a statement.

The union held a press event on the UAlbany campus Friday, which included a number of local and state officials, including Albany Mayor Kathy Sheehan and Assemblywoman Patricia Fahy, D-Albany.

UAlbany faces a projected $15 million deficit, according to UUP.

Empire State College, located in Saratoga Springs, and SUNY Cobleskill, meanwhile, have projected deficits of $8 million and $4 million, respectively, according to reports.

But despite the growing deficits, Kowal said state support for SUNY has remained flat for years, while tuition and fees have steadily increased.

Kowal warned of dire consequences if additional funding is not secured, including an increase in student to faculty ratio and additional cuts to make ends meet.

“Without more state funding, campuses are left to consider even more drastic measures, which could include cutting programs, overloading classes, leaving full-time vacancies unfilled and hiring more adjuncts to pick up the slack,” he said.

Calls for additional SUNY funding are nothing new, and have been amplified in recent years as tuition and other fees at the sprawling university system continue to increase.

Last year, the state Legislature approved a three-year freeze for SUNY tuition following years of steady tuition increases, even as the state continued to tout free education for thousands of New Yorkers as part of the Excelsior Scholarship program, which provided New Yorkers whose families had an income of $125,000 or less with free tuition.

But a SUNY spokesperson pushed back, noting that this year’s state budget “included the most significant investment in higher education in a generation,” including a $300 million increase in operating aid for SUNY and an additional $660 million for new capital costs.

The budget also included $53 million for new faculty, $60 million to bolster academic programming, $150 million increase in the Tuition Assistance Program and an increase in funding for the Educational Opportunity Program, which provides those form underprivileged communities to pursue an education.

“This significant funding supports the governor’s vision to secure SUNY’s place as a global leader in higher education and workforce development, and — most importantly — includes unprecedented funding to support students, campuses, faculty, and researchers across all public colleges and universities,” Holly Liapis, the SUNY spokesperson, said in a statement.

SUNY is one of the largest employers in the state and has an economic impact of $30 billion annually, according to UUP. Every dollar invested in by the state yields at $8.17 return, according to the union.