‘Unchained’ art by Allan Rohan Crite on display at MWPAI

“Unchained: Allan Rohan Crite, Spirituality and Black Activism,” is on view at the Munson-Williams-Proctor Arts Institute Museum of Art, Feb. 20 to May 8 — the first exhibition to explore the …

‘Unchained’ art by Allan Rohan Crite on display at MWPAI 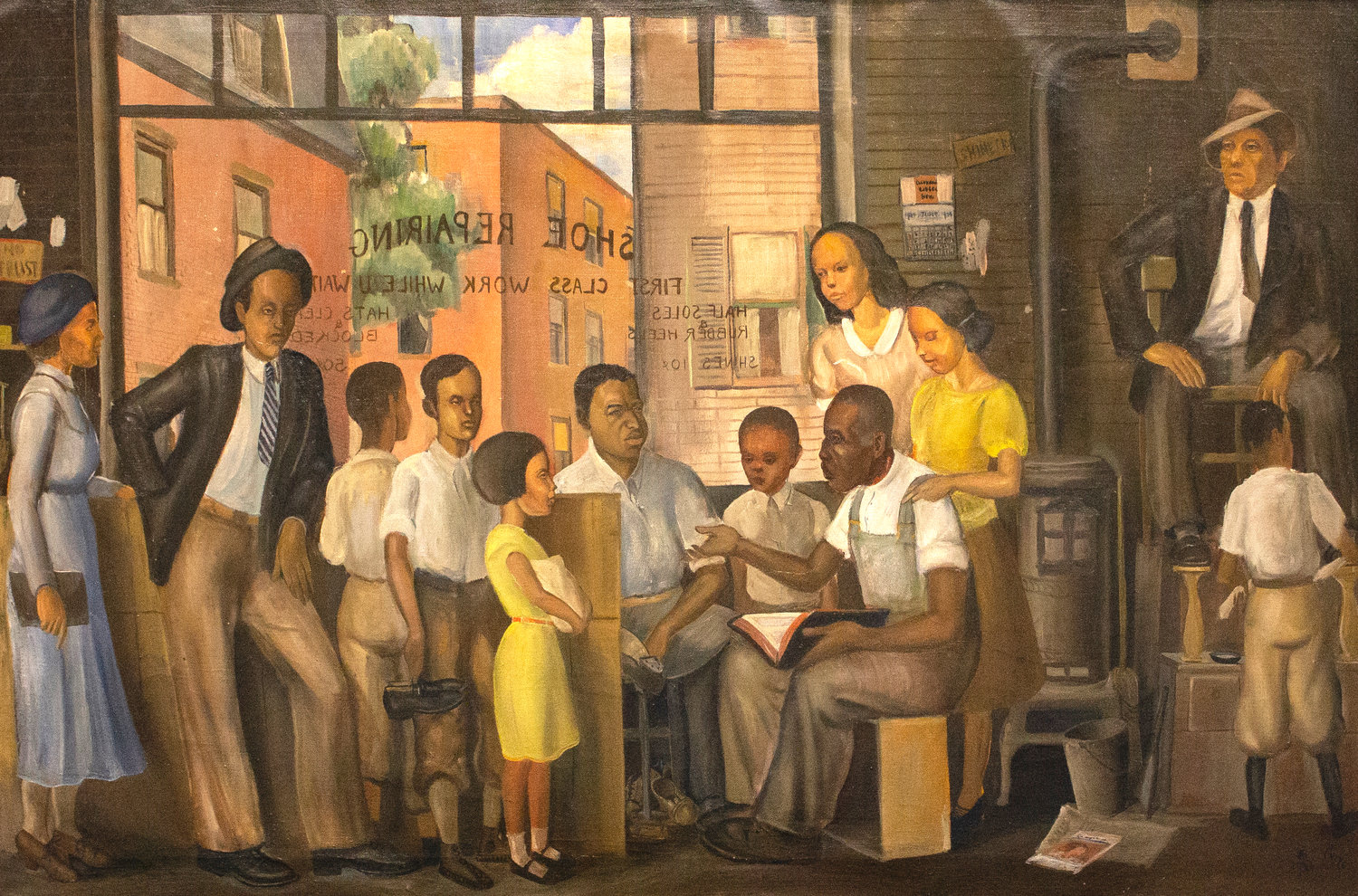 “Unchained: Allan Rohan Crite, Spirituality and Black Activism,” is on view at the Munson-Williams-Proctor Arts Institute Museum of Art, Feb. 20 to May 8 — the first exhibition to explore the spiritual art of Crite, reflecting the African American quest for racial justice in the years leading up to the Civil Rights Movement.

The exhibition brings together more than 60 of the artist’s paintings, watercolors and works on paper which reveal the connections between Crite’s (1910–2007) art and faith.

While developing the exhibition, Munson-Williams Museum staff sought insight and counsel from the Institute’s African American Community Partners, a group made up of local civic and business leaders, students, college professors and musicians, to advise on developing genuine engagement with Utica’s African American community.  A contemplative gallery design reflecting Crite’s deeply spiritual vision will feature two complete sets of his Stations of the Cross, the Christian milestones that mark Christ’s journey on Good Friday. Unchained is the first exhibition to bring these works together, enabling the viewer to compare the Christian struggle with the Black experience as Crite intended.

Crite devoted his artistic career to creating inspirational art for African American communities. His art provides a means to challenge caricatures of Black people in popular culture and the prejudice of his white audiences in general.

Crite’s depictions of a Black Jesus in his illustrated works present an African American interpretation of Christianity. By interweaving faith, identity and community within his art, Crite enables his viewers to replenish hope and overcome strife, providing a vehicle for the community building necessary in the struggle for racial justice.

Crite’s imagery expands the definition of 20th-century art by exploring the relationship between the Black struggle and biblical stories, spirituals and every-day street scenes. Crite’s spiritual art also played an important role in fostering moral resilience during the years that Black churches laid the foundation for the crusade that would transform the political and religious landscape of America: the Civil Rights Movement. Crite’s religious imagery was progressive in that it shows Jesus as white, Black, or indigenous to the Americas because he believed the Christian story to be both historical and eternal, relevant for all people.

“Unchained: Allan Rohan Crite, Spirituality and Black Activism” is one in a series of American art exhibitions created through a multi-year, multi-institutional partnership formed by the Museum of Fine Arts, Boston, as part of the Art Bridges Initiative.