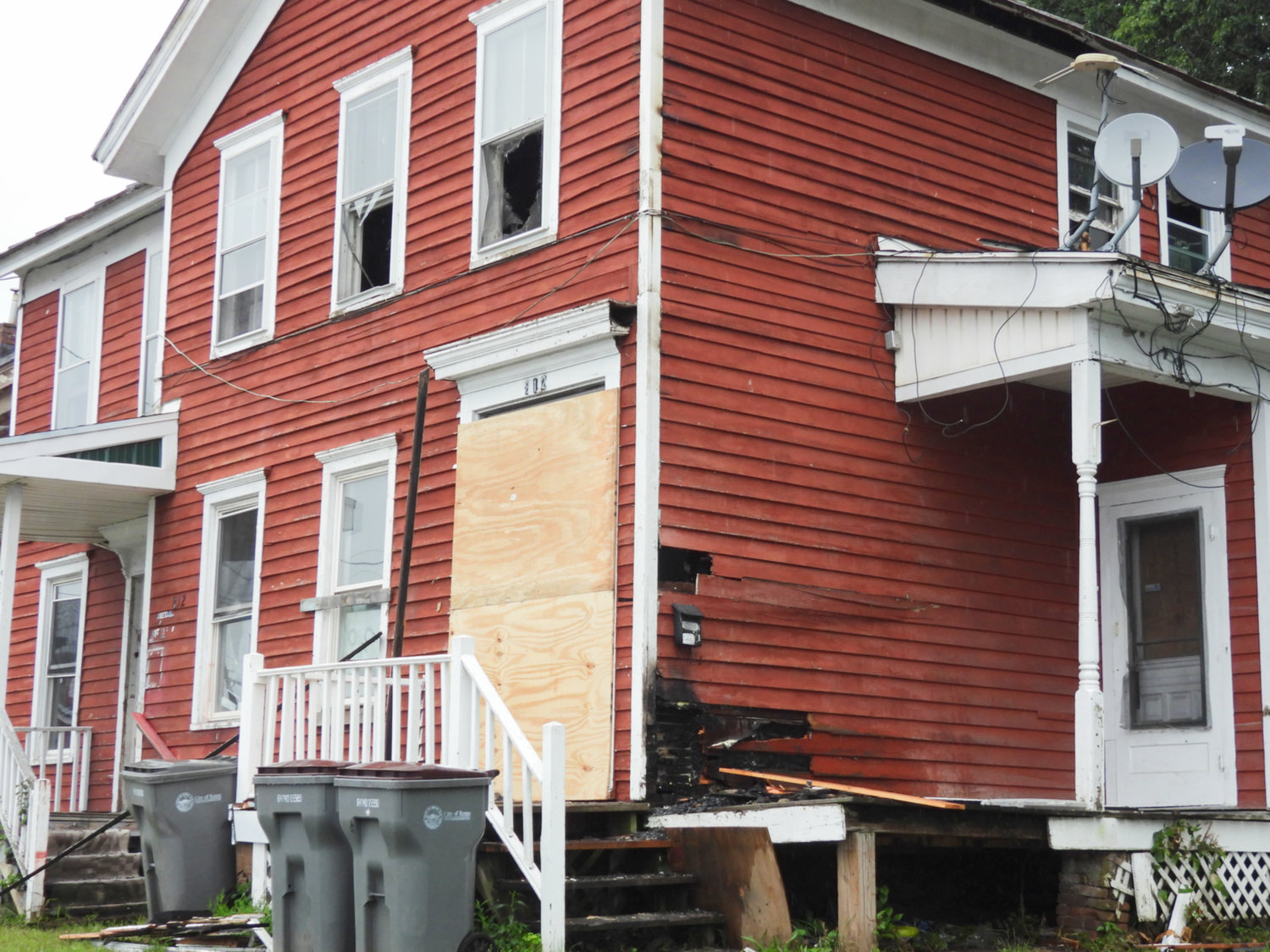 At least six people escaped a house fire at 812 Erie Blvd. West early Saturday morning, according to the Rome Fire Department. The fire started on the porch and swiftly moved up into the attic, where city firefighters knocked it down in a matter of minutes, officials said.
(Sentinel Photo by Charles Pritchard)
Posted Monday, September 5, 2022 10:14 am
Sean I. Mills
Staff writer
email / twitter

ROME — At least six people were temporarily displaced from their Erie Boulevard home following an attic fire early Saturday morning, according to the Rome Fire Department.

The fire is believed to have started on the porch, Kaier said. The flames then traveled up the side of the house into the attic.

First-responding firefighters found the attic fully engulfed, with fire shooting from the windows.

The firefighters launched an interior attack through the home into the attic, Kaier said. They used hose lines to knock down the flames in a matter of minutes, with the fire under control in about 20 minutes.

The fire damage was contained to the attic, the chief said, with one apartment sustaining some water damage. There was minimal smoke damage throughout. Kaier said the home is not a total loss.

The cause of the fire remains under investigation, the chief said. There does not appear to be any evidence of criminal activity so far, he noted.

The American Red Cross is aiding two displaced families with food, shelter and clothing. Officials said there are four adults and one young child per family that was displaced.

According to city tax records, the property is owned by Rome NY Rentals LLC, with an assessed property value of $35,000.