Tunnel to Towers Foundation 5K in Utica coming this weekend

The 2nd annual Tunnel to Towers Foundation 5K Run and Walk will take place at 8 a.m. Sunday, Aug. 21, to remember 9/11 and raise funds to help America’s veterans and first responders.

Tunnel to Towers Foundation 5K in Utica coming this weekend 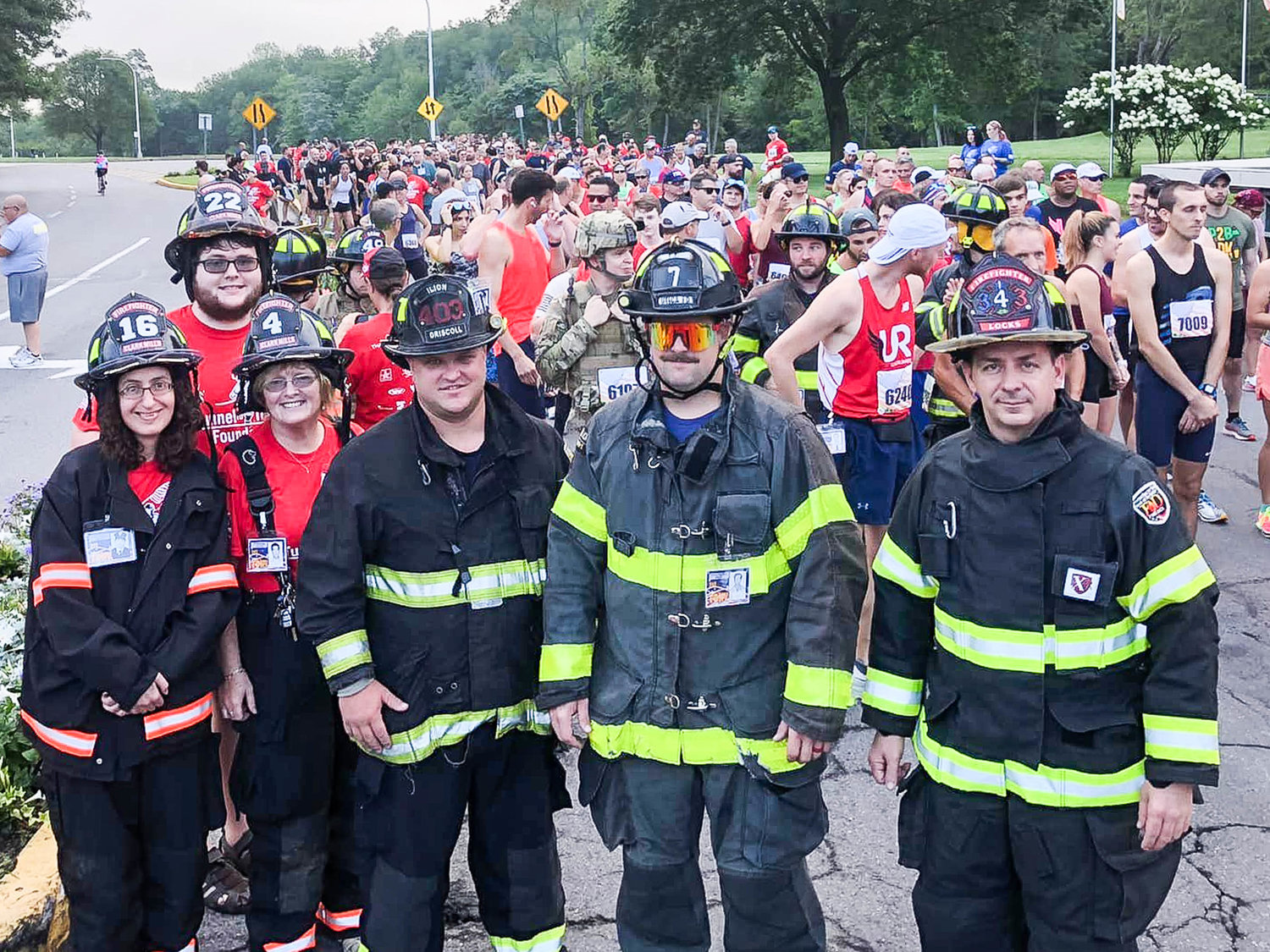 The run/walk will begin at the Utica 9/11 Memorial, located at The Parkway and Sherman Drive and finish on Genesee Street in downtown Utica.

Stephen Siller was an FDNY firefighter assigned to Squad 1 in Brooklyn. According to the Tunnel to Towers Foundation, on the morning of 9/11, he had just left Squad 1’s quarters after his shift ended to play golf with his brothers when he heard of the attacks. Stephen called his wife Sally, told her to tell his brothers that he would “catch up with them later,” and returned to the firehouse, only to discover that Squad 1 was already enroute to the World Trade Center (WTC). He gathered all of his protective gear and headed to lower Manhattan. When he reached the entrance of the Brooklyn-Battery Tunnel, the tunnel was closed for security purposes, so Stephen abandoned his vehicle, gathered his protective equipment, and ran through the two-mile long tunnel and up to the WTC, where he ultimately lost his life along with the other members of Squad 1.

The Tunnel to Towers Foundation was started by Stephen’s family as a way to honor those lost helping others on 9/11. What started as a 5K race with approximately 1,200 people following Stephen’s steps through the Brooklyn-Battery Tunnel to the World Trade Center Towers, has grown to an annual event of over 35,000 participants. The foundation now has over 75 run or climb events across America, and Utica was the newest addition to the National Run and Climb Series in 2021. Over the years, the foundation has expanded its support to include the families of first responders, Gold Star families, and our veterans nationwide.

Phil Trzcinski, Utica race co-director, explained how he and co-director Alex Gonzalez became involved with the organization and ultimately hosted the Utica race last year. Trzcinski has been a Utica firefighter for the past 22 years and is currently a fire lieutenant. Along with his prior experience as a volunteer firefighter and career paramedic, he is also an avid runner, participating in many area races annually, including the Boilermaker Road Race. Together, he and Gonzalez, a Colombian immigrant who moved to Utica in 2016 with a passion for running himself, are members of the Utica Roadrunners.

The two became involved in the NYC Tunnel to Towers 5K and decided to make it an annual occasion. When the COVID-19 pandemic wiped out any chance to participate in person in 2020, the two realized just how severe a revenue loss the foundation was going to take nationwide with all its event shut-downs. The two organized a part-live, part-virtual event in November of that year, raising nearly $2,500 for the non-profit. The following year, they made it official and hosted one of the biggest first-time Tunnel to Towers 5K events, besides the event in NYC, Trzcinski said.

Funds raised support programs that build adaptive smart homes for the military’s most catastrophically injured members, provide mortgage payoffs to Gold Star families with small children, and for first responders killed in the line of duty who leave behind a spouse and small children, house homeless veterans in tiny homes, and more.

Locally, the foundation has built smart homes (one in the Syracuse area and another in the Binghamton area) and most recently paid off the mortgages of two NYS Troopers, either killed in the line of duty or who succumbed to 9/11-related illness.

Utica racegoers can take advantage of a lot more than just a race. The course will have a patriotic feel and a lot to see along the way, including photo signs of the over 400 first responders killed on 9/11. Uniformed personnel from various services will line part of the course with American flags. At the finish line, runners can celebrate with food trucks, live entertainment — including the Utica Fire Department’s puppet show with Sparky for the kids — various vendors, and a closing ceremony with guest speaker George Siller, Stephen’s brother.

George has ties to the local area. He was previously stationed at Griffiss Air Force Base. While there, George met his wife, from Clinton, whose family still lives in the area.

“It’s not just run from point A to point B, stick around to see if you won a medal and go home,” Trzcinski said. “It’s a way to remember what happened on 9/11. For younger children who weren’t even alive or old enough to remember back when the attacks happened, it’s a chance for them to come and experience and actually learn about what happened on 9/11 and the sacrifices that not only first responders gave on that day and civilians, but also … our uniformed armed services, their sacrifices since the war on terror began.”

He continued, “It’s a great way to come together and raise money for a great group of individuals who, we call them our nation’s heroes because of what they do for us not only overseas but here in America everyday.”