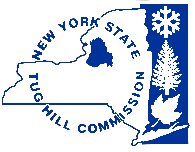 The Tug Hill Commission will start accepting nominations on Friday, April 1, for a second round of community recognitions awards. Last year’s recipients were the village of Deferiet and the Martinsburg Historical Society. Awardees will be recognized at the commission’s 2022 annual dinner, scheduled for Thursday, Oct. 20, at Zero Dock Street in Carthage.

A full program description and detailed list of criteria are available on the commission website at tughill.org/about/tug-hill-community-recognition-award/. Overall, the award is looking for local governments or groups that have gone above and beyond to implement a project that has made a real impact in their area.

Nominations will be accepted in two categories: community group efforts (not affiliated with a local government), and governmental efforts. Projects must have been completed within the last five years.

-Promoting actions or projects in partnership with others;

-Being well-supported by the community; and

-Serve as a model to be replicated in other areas.

A selection committee made up of the chairs of the region’s five councils of government, the commission board chair, and commission executive director will review applications and decide on award winners. Nominations are due by June 1, and should be emailed to Katie Malinowski, katie@tughill.org. For questions or information, call 315-785-2380.

The Tug Hill Commission is a non-regulatory state agency charged with “helping local governments and citizens shape the future of the Tug Hill region.”  The Tug Hill region includes 41 towns and 18 villages in portions of Jefferson, Lewis, Oneida and Oswego counties.