From the moment he left the White House in defeat last year, Donald Trump has teased the prospect of a third presidential campaign. 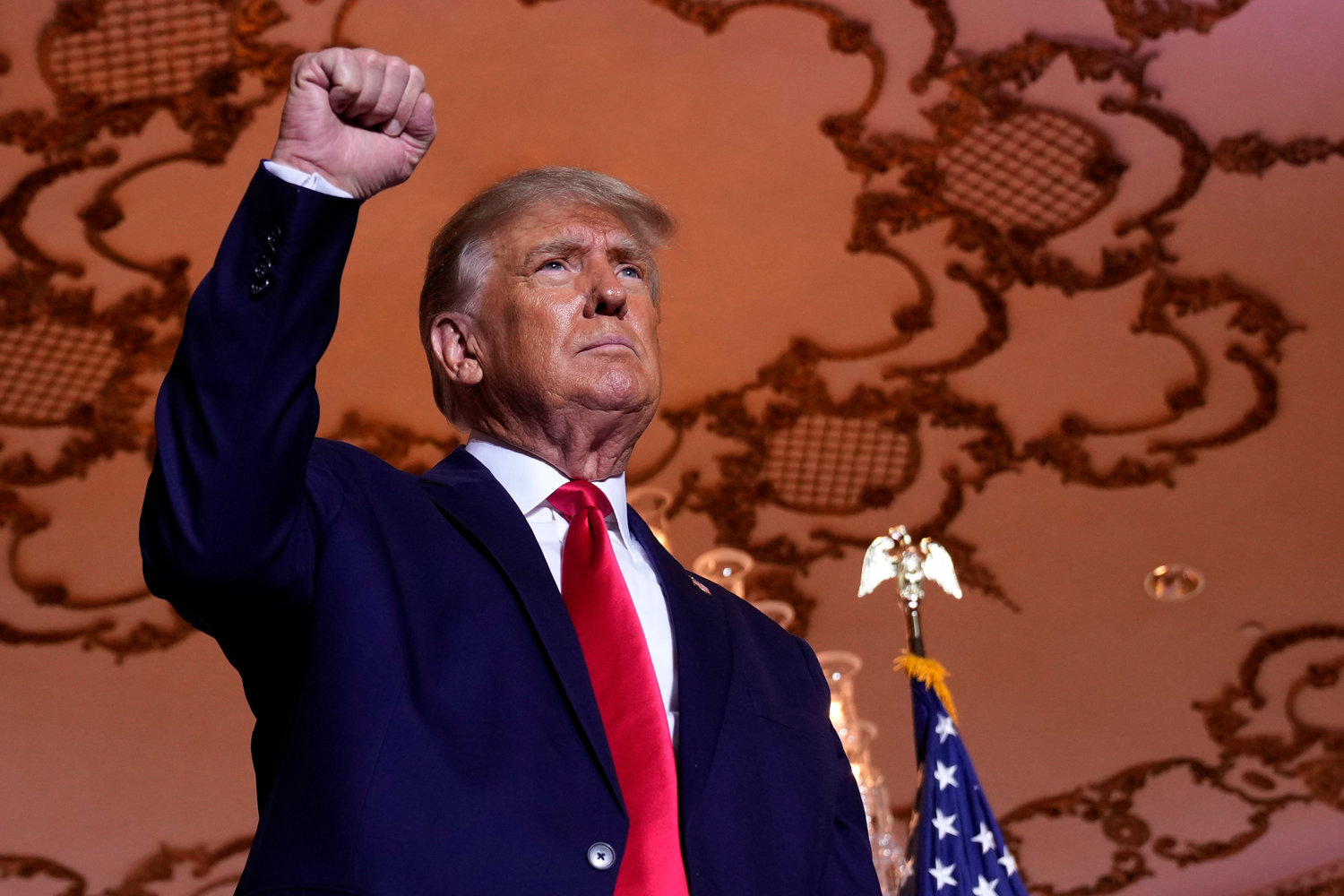 Former President Donald Trump stands on stage after announcing a third run for president at Mar-a-Lago in Palm Beach, Fla., Nov. 15. Trump has spent years teasing the prospect of another presidential run. But in the first week since announcing his third bid for the White House, he’s done little to suggest that he’s organizing a traditional campaign.
(AP Photo/Andrew Harnik, File) 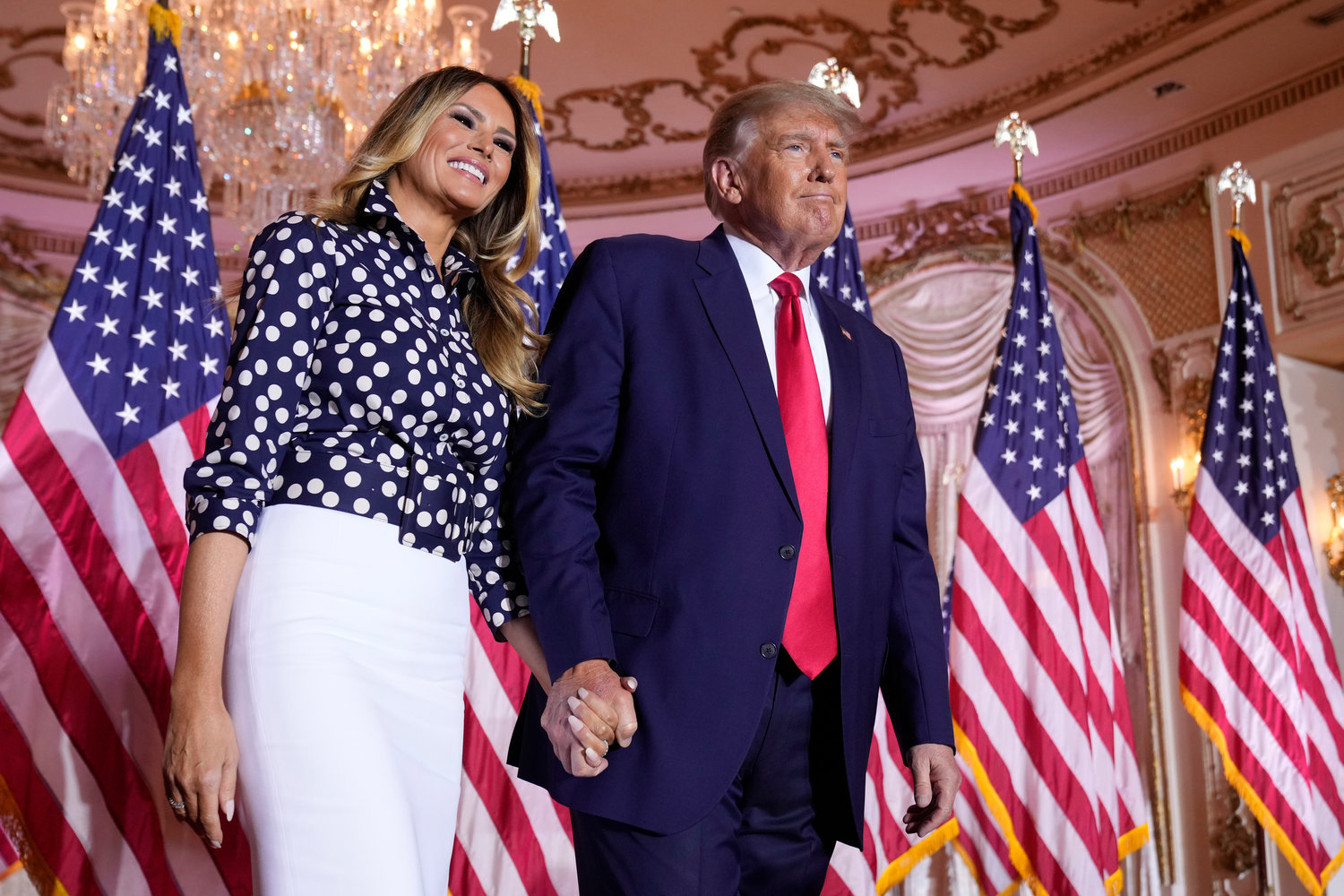 Former President Donald Trump stands on stage with former first lady Melania Trump after he announced a run for president for the third time at Mar-a-Lago in Palm Beach, Fla., Nov. 15, 2022. Trump has spent years teasing the prospect of another presidential run. But in the first week since announcing his third bid for the White House, he's done little to suggest that he's organizing a traditional campaign. (AP Photo/Andrew Harnik, File)
AP 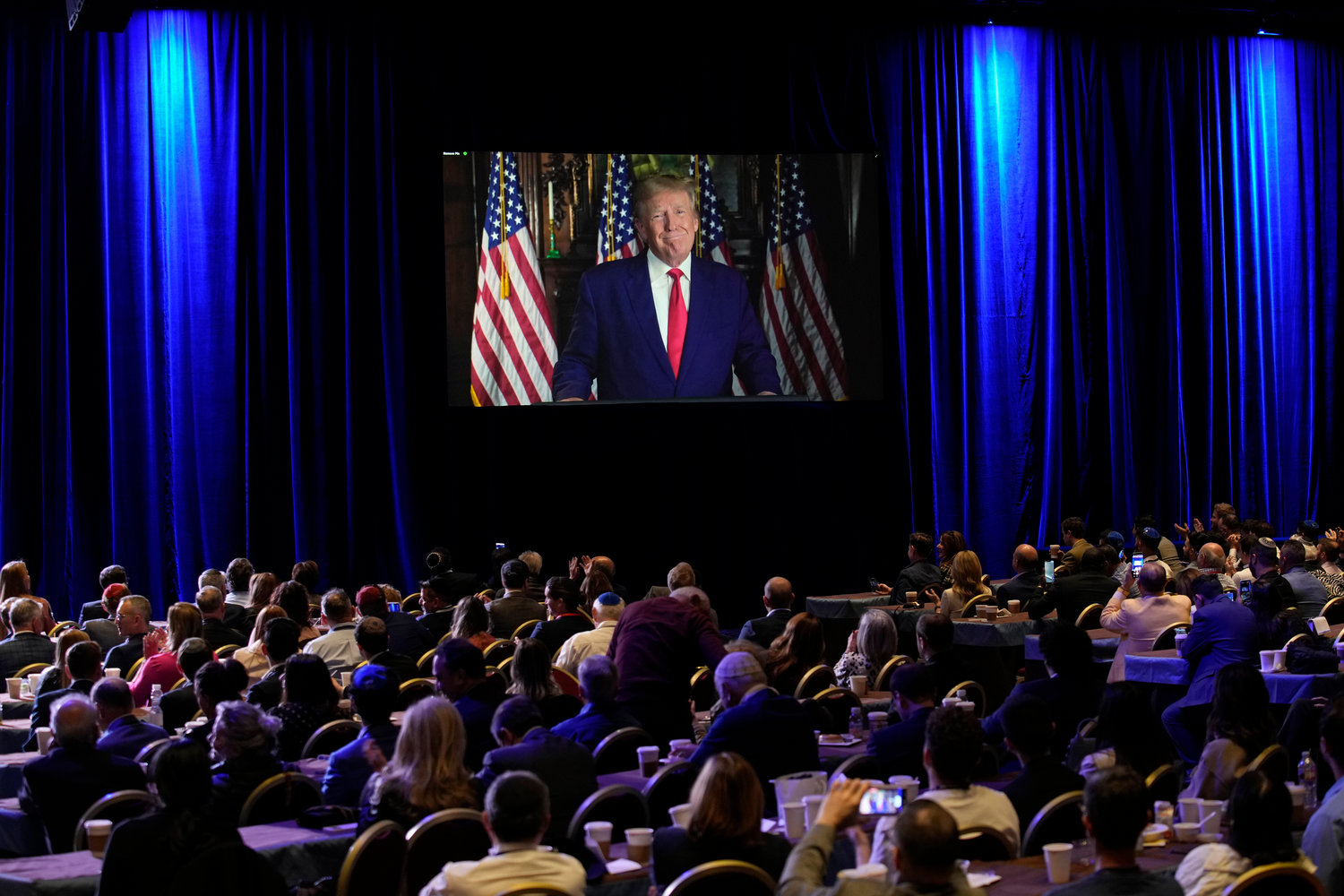 NEW YORK  — From the moment he left the White House in defeat last year, Donald Trump has teased the prospect of a third presidential campaign. But in the week since he officially declared his candidacy, the former president has been uncharacteristically low key.

There has been no massive stadium kickoff rally, notable for someone who has turned such events into a signature of his public life. His newly reinstated Twitter account, which helped fuel his political rise nearly a decade ago, sits silent with its more than 87 million followers.

He hasn’t announced plans to visit the key early voting states that will shape the contest for the Republican nomination, nor has he sat for a round of high-profile interviews. Indeed, since his announcement speech, Trump hasn’t held a public event.

“His lack of a schedule makes you wonder if he’s really running or if this is just a business development opportunity or a diversion from the DOJ activity,” said veteran GOP strategist Scott Reed, referring to Department of Justice probes into Trump’s handling of classified documents and his efforts to overturn the 2020 election, which are expected to intensify in the coming weeks.

Trump, who never held public office before winning the presidency in 2016, has never valued the cadence and organization associated with traditional campaigns. And several aides noted that Trump, who made his announcement unusually early and a week before the Thanksgiving holidays, is wary to draw attention away from the Dec. 6 Senate runoff in Georgia, which will close out this year’s midterm elections. The aides, who insisted on anonymity to discuss campaign strategy, said Trump will ramp up his schedule soon.

But the light-touch start to the campaign reflects the rushed and chaotic nature of his announcement, which came as midterm election votes were still being counted and even as some of his closest aides and allies had urged him to postpone until after the Georgia runoff. It also comes at a moment of unique political vulnerability for Trump.

The former president, who has spent his post-White House years positioning himself as the undisputed leader of the GOP, is now facing heated criticism inside the party for contributing to a disappointing showing in this month’s midterms. And other Republicans are openly teasing presidential runs of their own, making clear they won’t stand aside for Trump’s nomination.

Meanwhile, the legal pressure on Trump is intensifying. Attorney General Merrick Garland appointed a special counsel last week to oversee the Justice Department’s investigation into classified documents recovered from the former president’s Mar-a-Lago club in Palm Beach, Florida, as well as key aspects of a separate probe involving the Jan. 6, 2021, insurrection at the U.S. Capitol and efforts to undo the 2020 election. And on Tuesday, the Supreme Court cleared the way for the imminent handover of Trump’s tax returns to a congressional committee after a three-year legal fight.

Still, Trump begins the race with an obvious head start. The former president had been acting like a de facto candidate for months and had long had a political operation in place. After two presidential campaigns and four years in office, he also has longstanding relationships with state and local party leaders, including many who remain loyal to him.

In the meantime, Trump has been appearing at a series of private events. Last week, he hosted the America First Policy Institute’s two-day “Gala and Experience” at Mar-a-Lago, which included policy sessions, a Thursday evening concert with country star Lee Greenwood, a golf tournament and a Friday evening black-tie gala, where Trump delivered remarks in which he railed against Garland’s special counsel decision.

Trump also appeared by video at a Conservative Political Action Conference in Mexico and answered questions via live video feed at the Republican Jewish Coalition’s annual leadership meeting in Las Vegas, where a long list of other potential 2020 hopefuls, appearing in person, courted donors. Some made the case it was time to move on from Trump.

“As you know, our country is in grave, grave trouble — it’s in big problemville, I will tell you that,” Trump said.

And his campaign team, which has yet to fill a long list of key senior roles, has been working to hire staff and build out the nitty gritty of a modern campaign organization, including integrating databases and donor lists and negotiating with vendors.

The rollout marks a stark contrast from June 2015, when Trump launched his last winning campaign for the White House at Trump Tower with a speech that drew waves of media attention with its shocking statements and tongue-and-cheek proclamations.

The next day, Trump headed to Manchester, New Hampshire — he eventually won the state’s GOP primary — followed by rallies in Arizona, South Carolina and Iowa.

Trump’s approach also stands in contrast to many of his potential rivals, who have spent the last months frequently visiting early voting states and trying to raise their profiles with media appearances.

Former Vice President Mike Pence, for instance, has given more than 40 interviews while promoting his new book.

Dan Eberhart, a former Trump campaign donor who said he would like to see Florida Gov. Ron DeSantis win the nomination, said the last week has “confirmed some things we suspected all along.”

“We now know a lot of candidates plan to run for the nomination. At this point, no one seems ready to concede the nomination to Trump or DeSantis,” Eberhart said. “We also know that a lot of people in the party are ready to move on from Trump. Right now, DeSantis is the heir apparent. We’ll have to see if he can hold on to that position, but I don’t see a lot of possible candidates who can challenge him — other than Trump himself.”