Eighth-grader Ella Trinkaus threw a no-hitter and the Utica-Notre Dame offense erupted in a 17-0 win Sunday over West Canada Valley. The 17-seed Jugglers continue their Cinderella story as they … 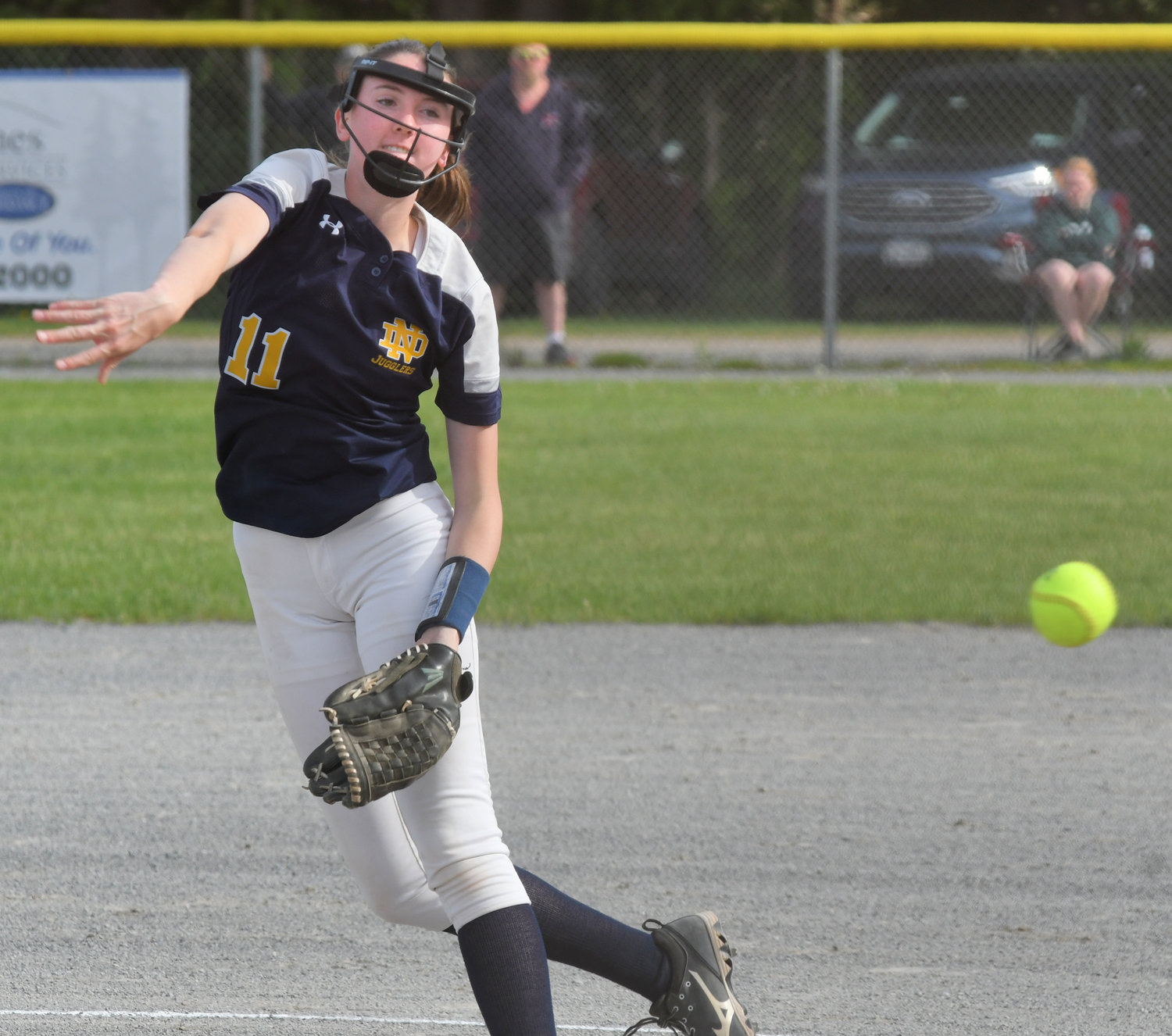 Eighth-grader Ella Trinkaus threw a no-hitter and the Utica-Notre Dame offense erupted in a 17-0 win Sunday over West Canada Valley. The 17-seed Jugglers continue their Cinderella story as they prepare for the Section III Class C title game against three-seed Sandy Creek at 5 p.m. on Wednesday at Carrier Park Field East in Easy Syracuse.

The Jugglers — the lowest seed in the field — were able to get a hot start, scoring eight runs in the first inning and three more in the second.

Maggie Trinkaus had a single and triple with a run and five RBIs for Notre Dame. Lily Comenale had a hit, a run and two RBIs. Bella Roberts had two hits, two runs and a run batted in. Ella Trinkaus singled, doubled and scored twice.

In the circle, Ella Trinkaus went all seven innings to earn the win. She walked three batters and struck out six.

Statistics for West Canada were not provided.

Oriskany on to the finals

Oriskany won the Section III Class D semifinal game against Brookfield 4-2 Saturday to earn a berth in the title game.

Juliette Tagliaferi pitched a complete game for Oriskany, striking out 10 and walking one while scattering three hits. She did not give up an earned run. At the plate, she had a hit and a a drove in a run. Jordan Carlo had a hit and drove in two runs for Oriskany. Brooke Matys was 2-for-3 and scored twice.

The game was scoreless after four innings. Oriskany three runs in the bottom of the fifth to take a lead it would not relinquish.

Kylee Cucci took the pitching loss for Brookfield. She struck out 14 while walking two. Grace Reilly, Danica Karn and Kaysie White had hits for Brookfield. Mckenzie Bugbee drove in both runs.

The third-seeded Camden softball team lost 4-2 to two-seed Auburn in the semifinals of the Section III Class A playoffs Saturday.

Auburn scored three runs in the bottom of the first inning. Meanwhile the Camden offense couldn’t get going against eventual winning pitcher Madison Lowe. The Blue Devils scored a run in the third but Auburn scored one in the fifth to lead 4-1. Camden managed a run in the top of the seventh but Lowe held on for the victory.

Lowe went the distance, allowing six hits and a walk while striking out four.

Camden’s Ryleigh Johnson took the loss, allowing four runs, two of them earned, in six innings. She gave up six hits and walked two while striking out five.

Jadyn Prievo was 2-for-4 with a triple and two RBIs for Camden.