Local residents are invited to attend one or both of two guided walk-and-talk training sessions to occur in January and February at a pair of local public trails to learn how to monitor hemlock trees. 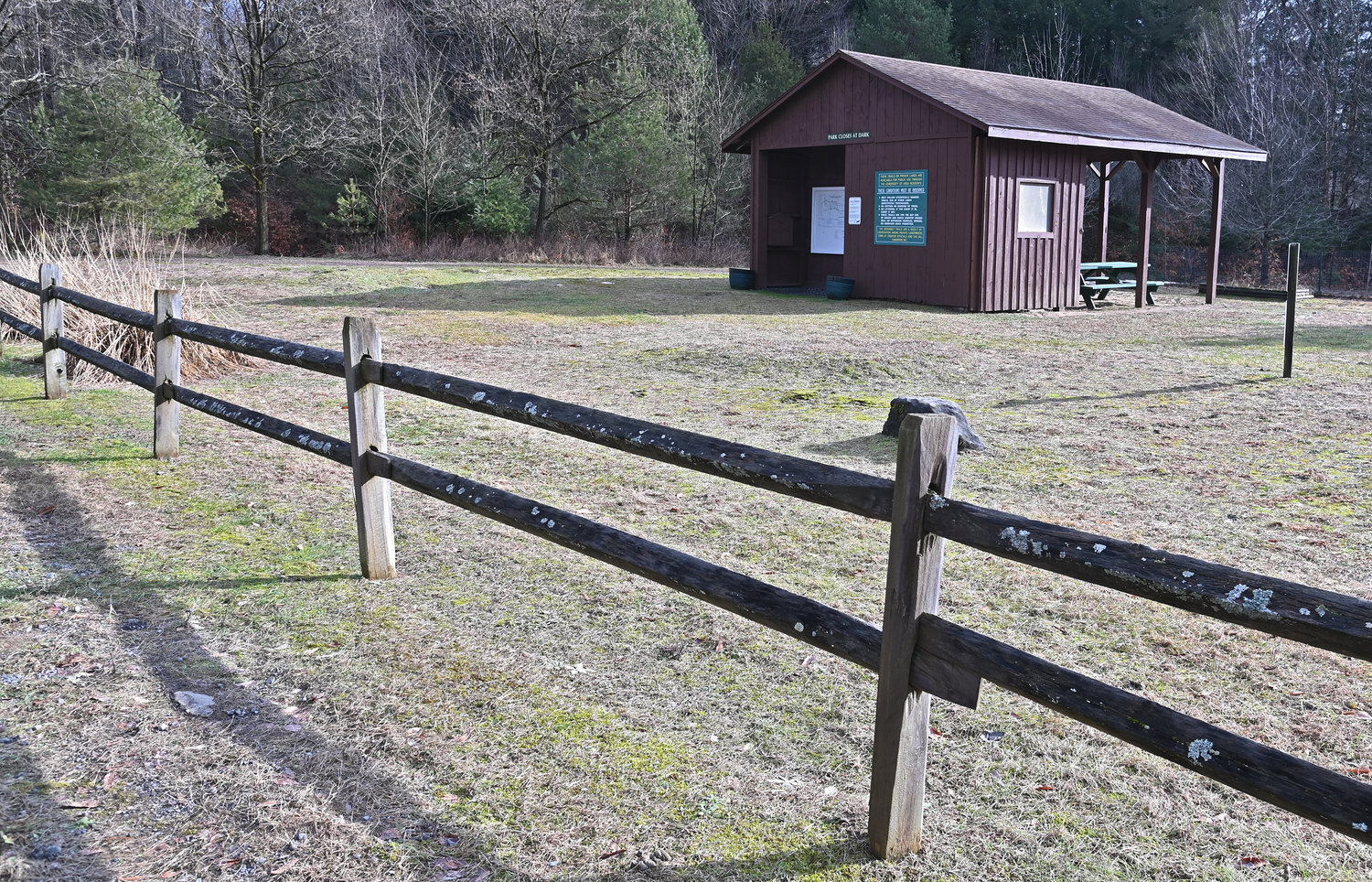 The shelter at the head of the Trenton Greenbelt Trails is shown on Thursday, Jan. 5. The popular trail system will host a guided hike on Thursday, Jan. 26, to help outdoor enthusiasts learn how to protect the area’s hemlock trees from an invasive pest.
(Sentinel photo by John Clifford) 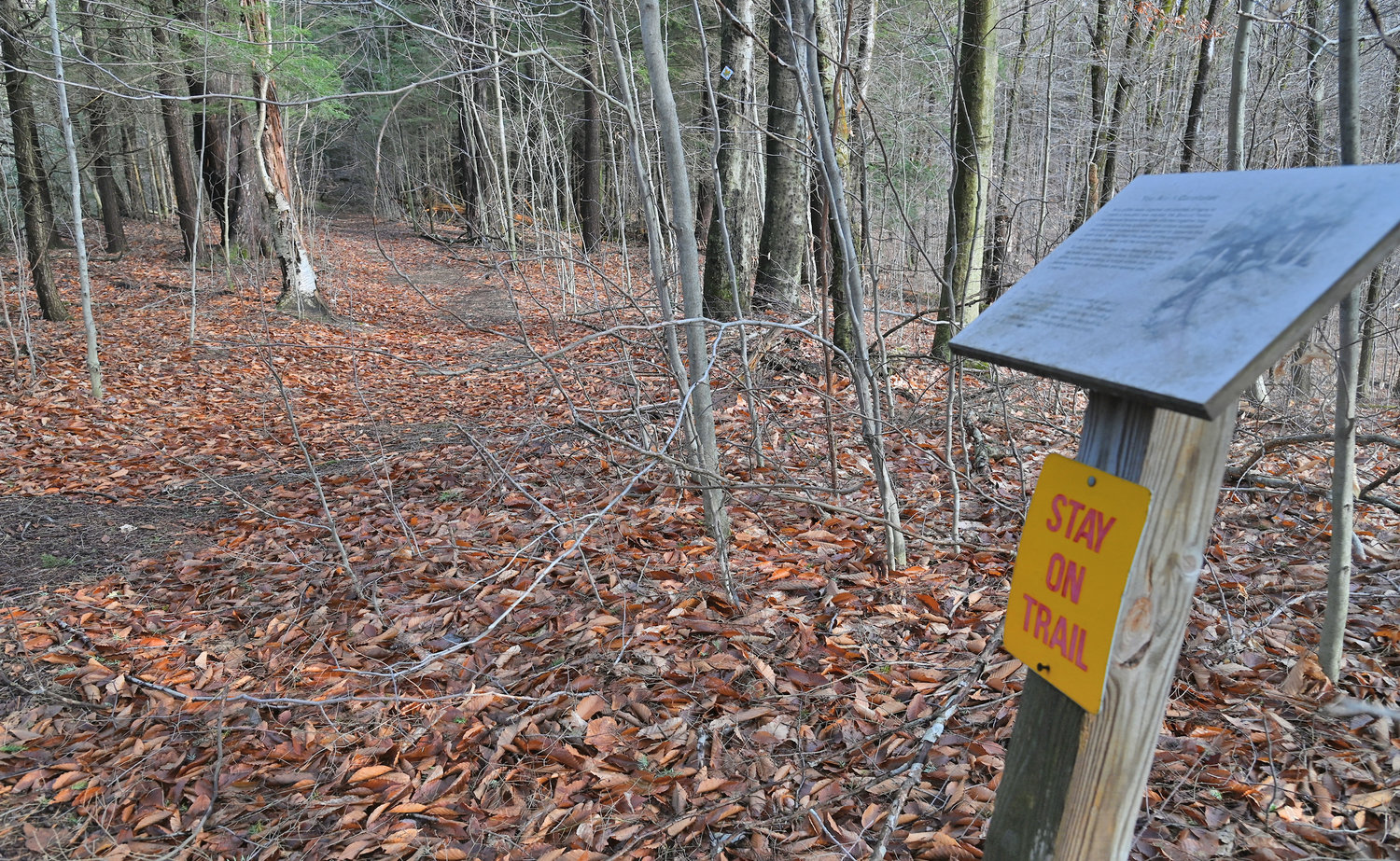 A sign along the Trenton Greenbelt Trail helps point walkers and hikers in the right direction as well as provide information about the greenbelt on Thursday, Jan. 5.
(Sentinel photo by John Clifford) 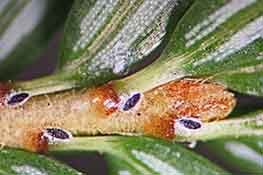 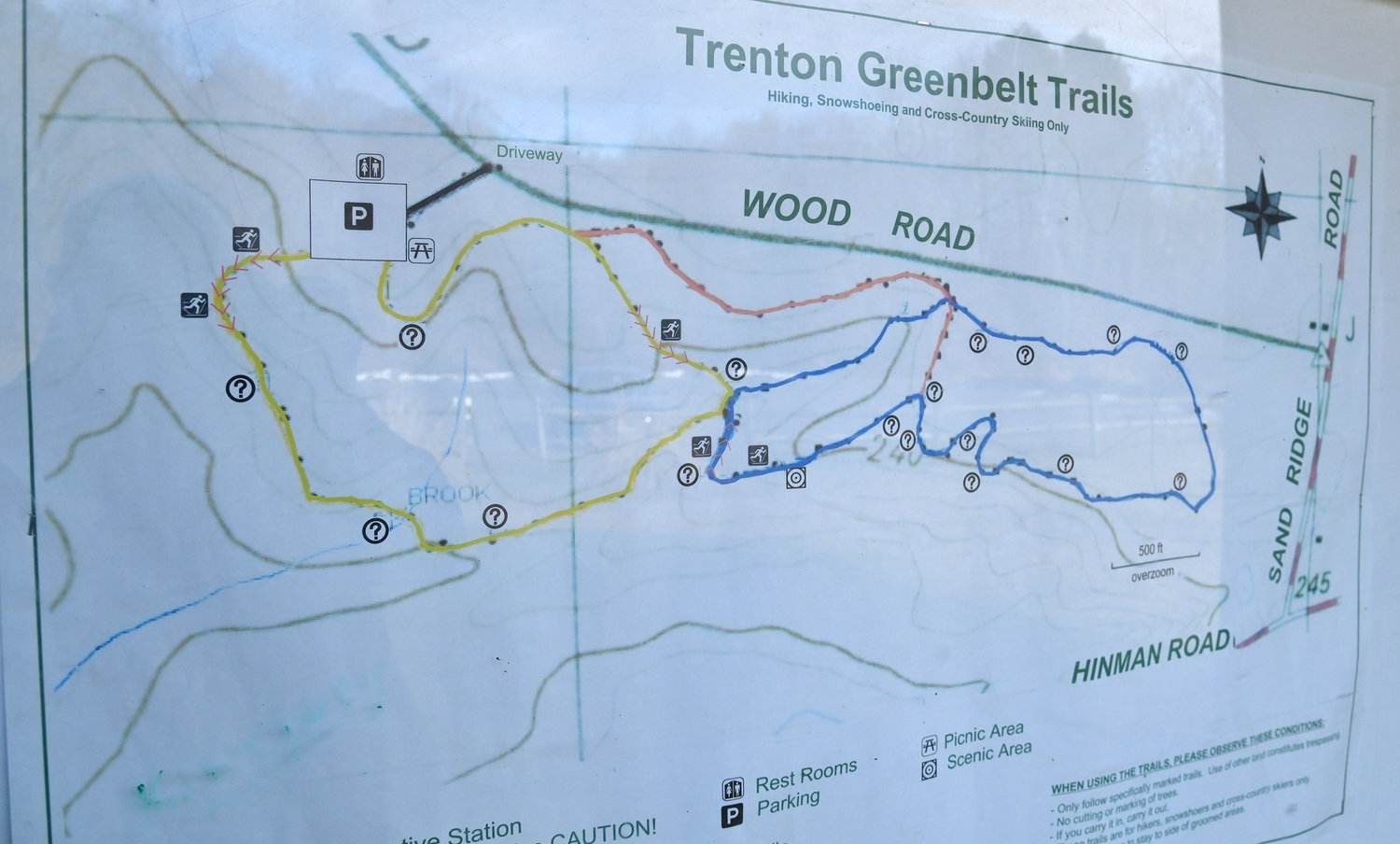 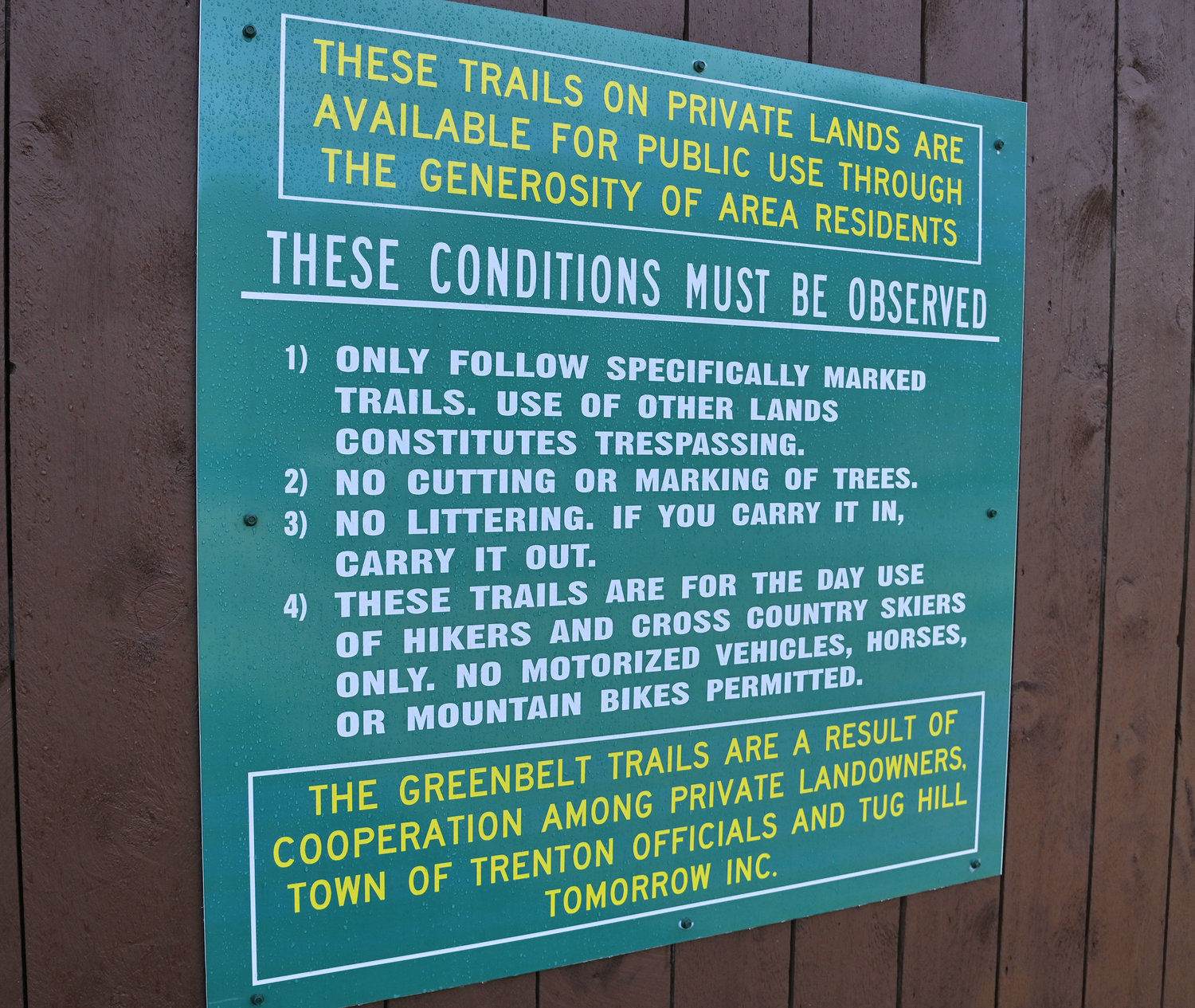 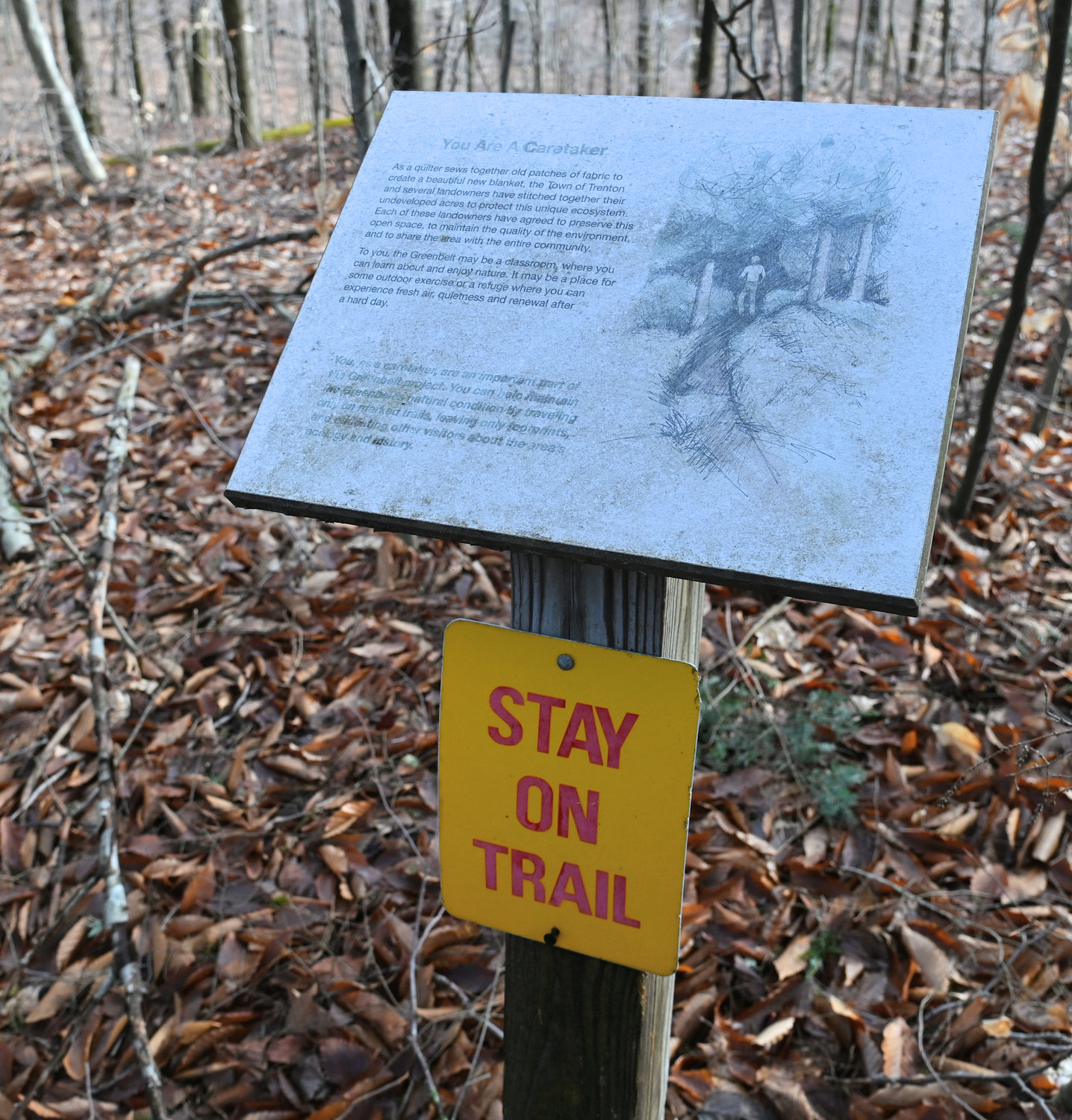 Local residents are invited to attend one or both of two guided walk-and-talk training sessions to occur in January and February at a pair of local public trails to learn how to monitor hemlock trees for the presence of an invasive insect called hemlock woolly adelgid.

The hikes, sponsored by the SLELO PRISM, the St. Lawrence Eastern Lake Ontario Partnership for Regional Invasive Species Management, are designed to help participants be able to recognize the invasive insect which kills eastern and Carolina hemlock trees, a key beneficial tree species in the Tug Hill region, as well as the Adirondack Park and other forested areas in New York state.

The pest has established a presence in Oswego County and can easily spread throughout the region and into the Tug Hill Region and Adirondack Park, the announcement said. Organizers hope the guided walk and talk series will help to recruit and train volunteers to recognize and report sightings of the insect so that new infestations can be found early enough to treat and contain.

Upcoming guided hikes and talks include:

Registration is required and can be made online at https://bit.ly/HWAwalk. The walk on Thursday, Jan. 26, will begin at 10 a.m. and end at noon. Attendees will go for an easy hike and learn how to identify hemlock trees, how to survey for and recognize HWA, and how to report any observed incidences of HWA (or lack thereof) using their smartphone through a free mobile application called iMapInvasives — a community science tool.

About the event hosts:

SLELO PRISM, one of eight PRISMs throughout New York, is funded by the state Environmental Protection Fund in coordination with the DEC and various partners, and hosted by The Nature Conservancy, with a mission to protect native habitats, biodiversity, natural areas, and freshwater resources, emphasizing prevention, early detection, rapid response, and outreach.

The organization provides region-wide coordination for invasive species monitoring and management across terrestrial and aquatic ecosystems in St. Lawrence, Jefferson, Lewis, Oneida, and Oswego counties (outside of the Adirondack Park), as well as portions of the Lake Ontario and northern Oneida Lake watersheds.

The Tug Hill Tomorrow Land Trust is a non-profit regional organization that works with private landowners on a voluntary basis to protect the working forest, farm, recreation, and wildlands in the 2,100 square-mile Tug Hill region.