One of the area’s most scenic attractions — with majestic waterfalls and sweeping views —will be available for a limited public viewing this weekend. 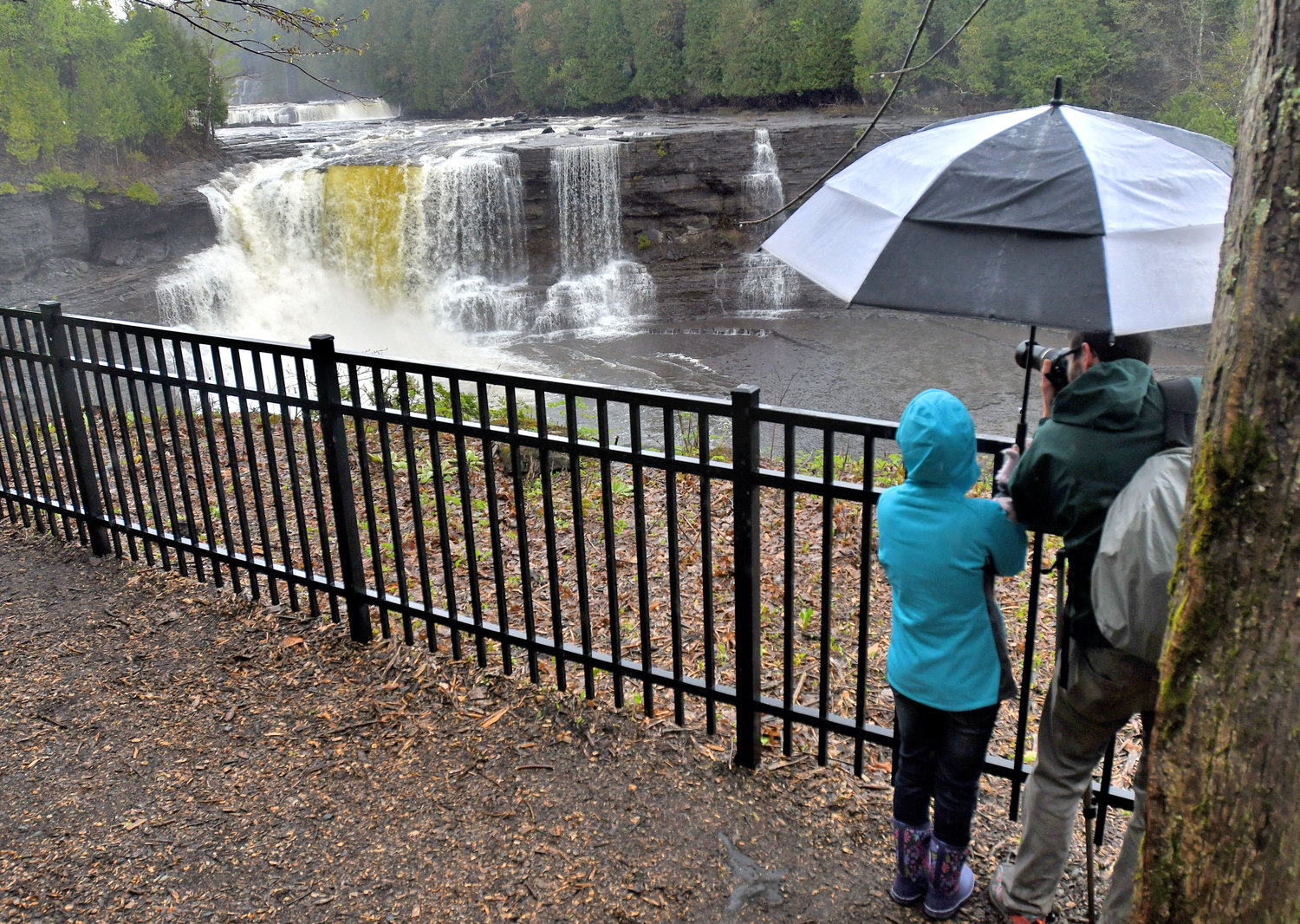 Josh Ostrouch and his wife Melinda Ostrouch from Syracuse take advantage of the Trenton Falls Scenic Trail for a good photo op of the Upper Falls.
(Sentinel photo by John Clifford) 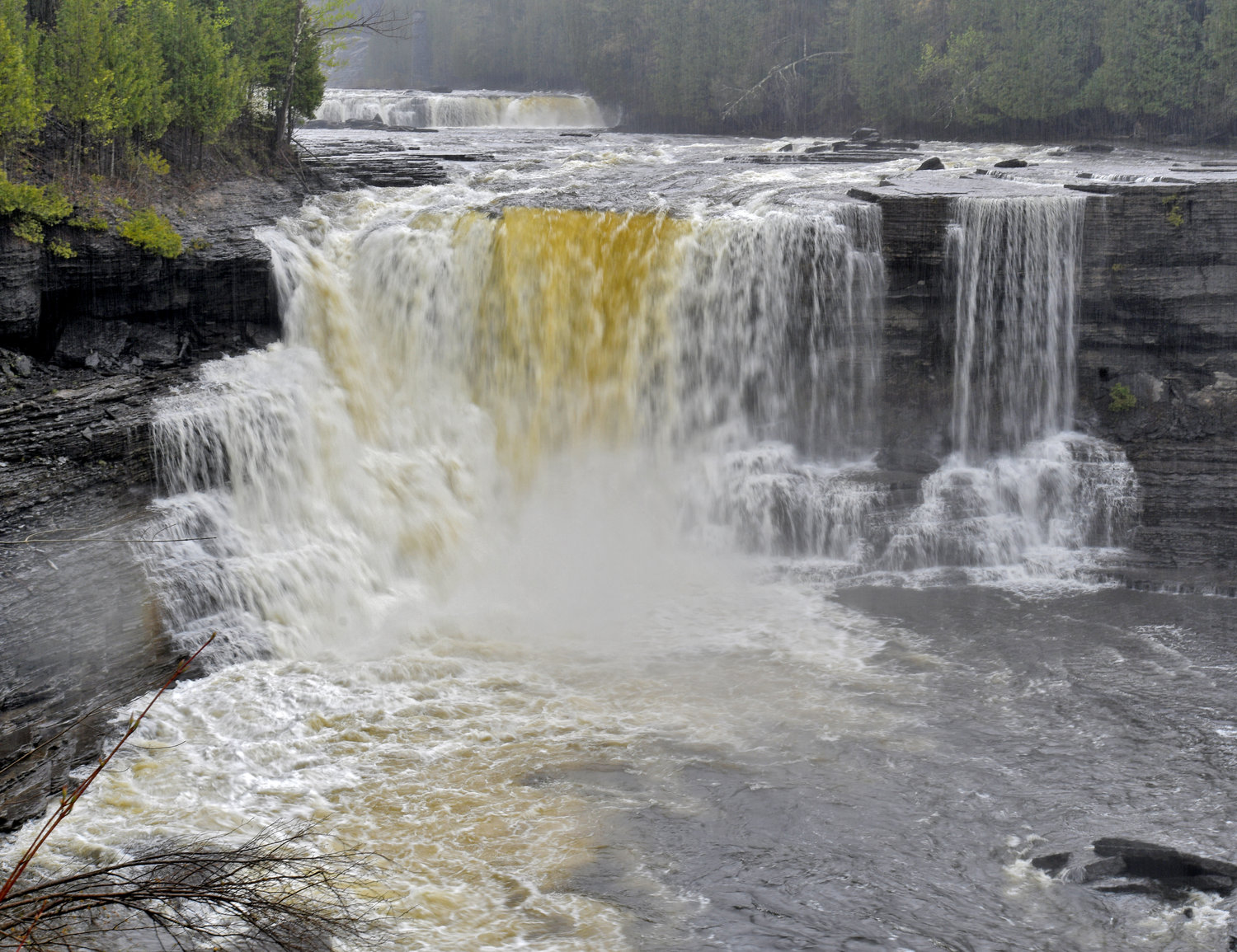 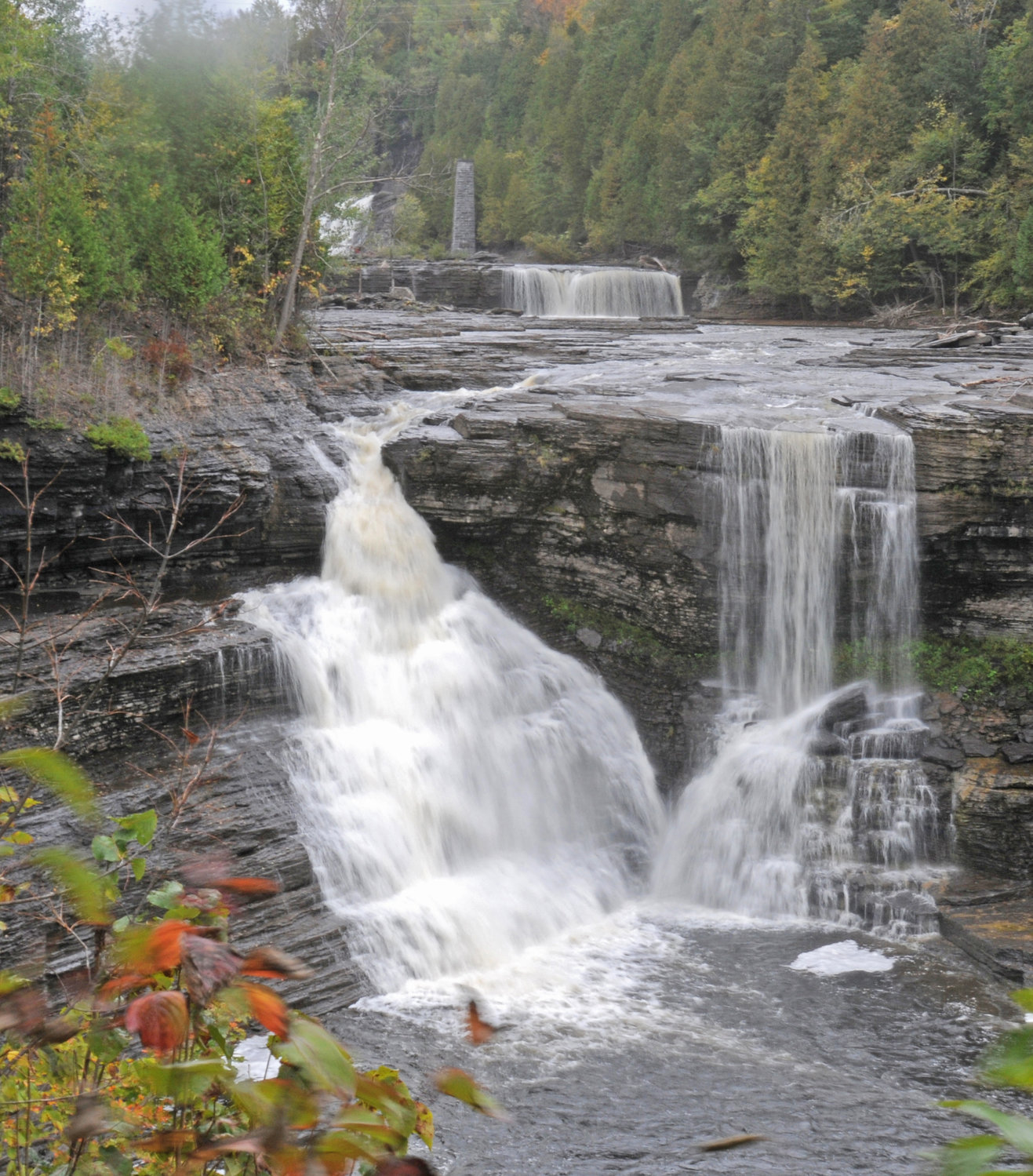 The Lower Falls of the Trenton Falls Scenic Trail are shown in this file photo. The rocks in the scenic gorge are estimated to be nearly 450 million years old. The trails will be open this weekend, Sept. 17-18, the only weekend for public viewing for the rest of this year.
(Sentinel file photo by John Clifford) 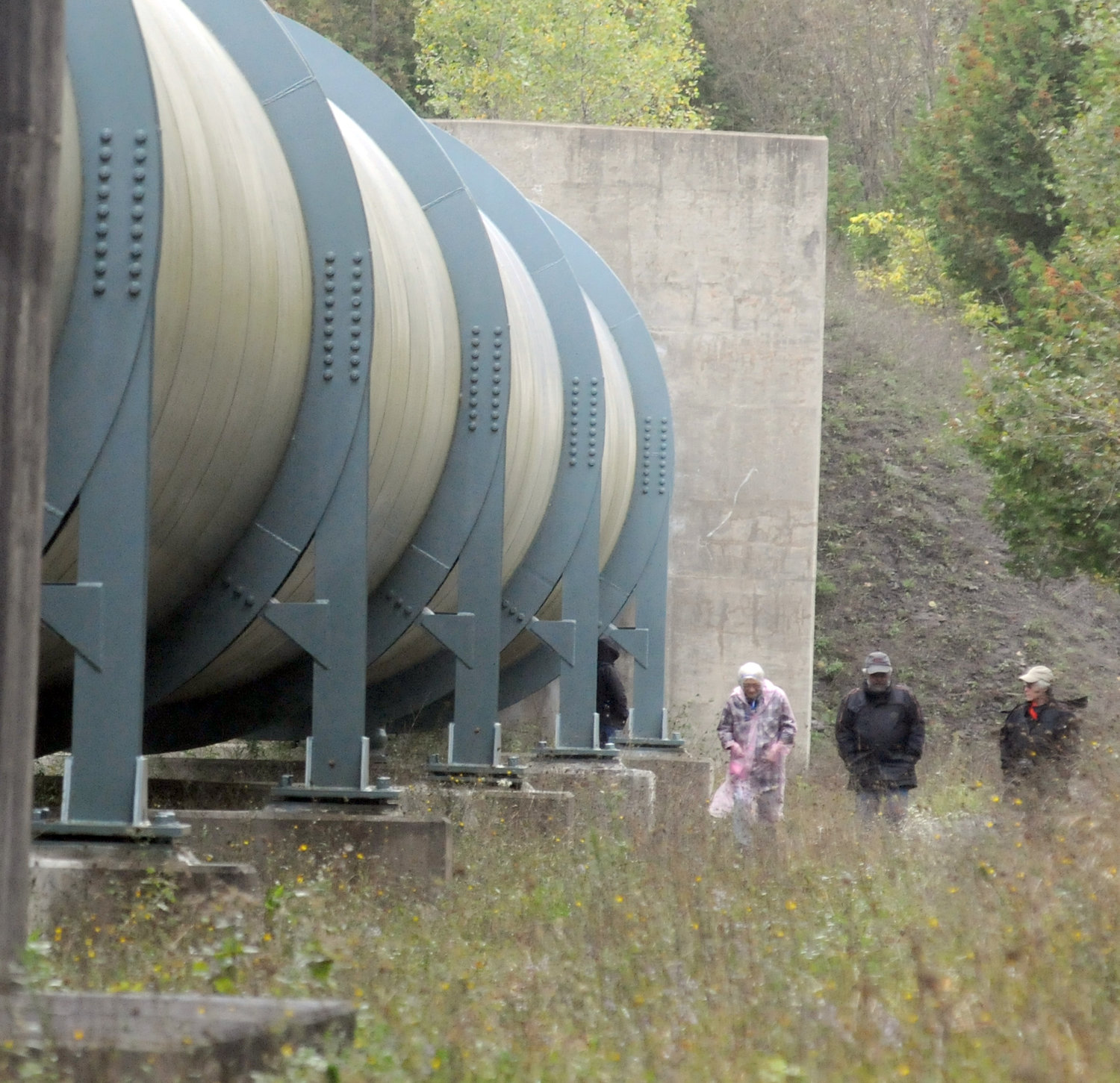 TRENTON — One of the area’s most scenic attractions — with majestic waterfalls and sweeping views —will be available for a limited public viewing this weekend with the opening of the Trenton Falls Scenic Trails.

The trails, which provide a view of the Trenton Falls gorge with its waterfalls, striking rock formations and flora, are typically off limits for public viewing, except twice a year when the trails are open for one weekend in the spring and another weekend in the fall.

The trails will be open from 9 a.m. to 5 p.m. on Saturday and Sunday, Sept. 17-18. Refreshments will be available for purchase from the Stittville United Methodist Church. Brookfield Energy will have parking attendants on duty, and the town of Trenton will provide volunteer trail guides.

Step back into local history

Brookfield Energy and the town of Trenton developed the scenic trail to share the spectacular sights — and some local history in the process. Visitors can enjoy walking the trails, taking photographs of the waterfalls and appreciating the significance of the site to the outcome of the Civil War.

In addition to the scenic overlooks, visitors will find such points of interest as wildlife observation and informational panels, views of the hydroelectric operation and facilities, as well as a picnic area. Those set to enjoy the trails are advised to leave their four-legged friends home, as no pets are allowed on the trails.

Limestone deposits are extremely common at Trenton Falls, and various quarries of Trenton limestone were used in the construction of several local buildings, such as the Utica State Hospital, the Wethersfield School, and the Barneveld Library. Ten locks of the Black River canal were built with Trenton limestone.

The Trenton Falls Trails features a primary stone dust trail that takes visitors from the entrance to the Trenton Falls Hydro Dam overlook. This trail is approximately one mile long and will take about an hour to an hour-and-a-half to enjoy. Along the gorge, there are secondary trails with wood mulch that let people see some nature and beautiful views.

According to the town of Trenton website, the falls have a unique place in local history. Among the historical tidbits:

In 1805, John Sherman first viewed Trenton Falls during a visit from Connecticut. In 1806, Sherman moved to Trenton to be the pastor of the Reformed Christian Church. Sherman resigned as pastor in 1810 and established a teaching academy next to the low ground trail to Trenton Falls;

In 1808, with the help of money donated by Joseph Bonaparte, Napoleon’s brother, a path was blasted to Trenton Falls;

In 1822, John Sherman and partner Jarvis Phelps purchased 60 acres from the Holland Land Company (including Sherman Falls). Sherman bought out his partner in 1823, and built the Rural Resort, which opened to visitors that summer. In 1825, Sherman expanded the Rural Resort to accommodate overnight guests. Trenton Falls became a “must see” destination between the East Coast and Niagara Falls;

In 1827, visitor Michael Moore severely injured his leg during a fall in the gorge; Sherman’s daughter Maria nursed Moore back to health. In 1831, Moore married Maria Sherman and assumed management of the resort. In 1851, the Trenton Falls Hotel – known by the popular name Moore’s Hotel – was constructed, leading to a dramatic rise in tourism;

In 1893, the Mohawk and Malone Railroad expanded, providing easier access to the Adirondack Mountains, the Thousand Islands and Lake Ontario. The railroad’s expansion and an economic depression, stifled tourism. In 1897, the Utica Electric Light & Power Company acquired Moore’s Hotel and all its property on both sides of the gorge. Construction of the dam and hydroelectric powerhouse began in 1899. Electricity was delivered to the City of Utica from Trenton Falls in 1901;

After the deaths of Michael and Maria Moore in 1888 and 1899, respectively, the Moore’s Hotel was renovated and reopened as the Trenton Hotel under new management in 1902. After a further decline in business, and the collapse of the Trenton Hotel’s roof , the entire structure was finally demolished in 1945.

Improvements to the Trenton Falls Hydroelectric facility were implemented from 1917 through 1922 with the addition of three hydroelectric turbines. Utica Electric Light & Power Company was acquired by Niagara Hudson, which became Niagara Mohawk in 1950. The hydropower plant was purchased by Niagara Mohawk Power Company in 1950. Rehabilitation of the hydro intake, pipeline and surge tank was completed in 1984. In 1999, Orion Power purchased Niagara Mohawk hydro facilities at Trenton Falls. In 2002, Reliant Energy merged with Orion Power, and in 2004, Brascan Power purchased Reliant Energy hydro facilities including Trenton Falls. Brascan Power later became known as Brookfield Power.