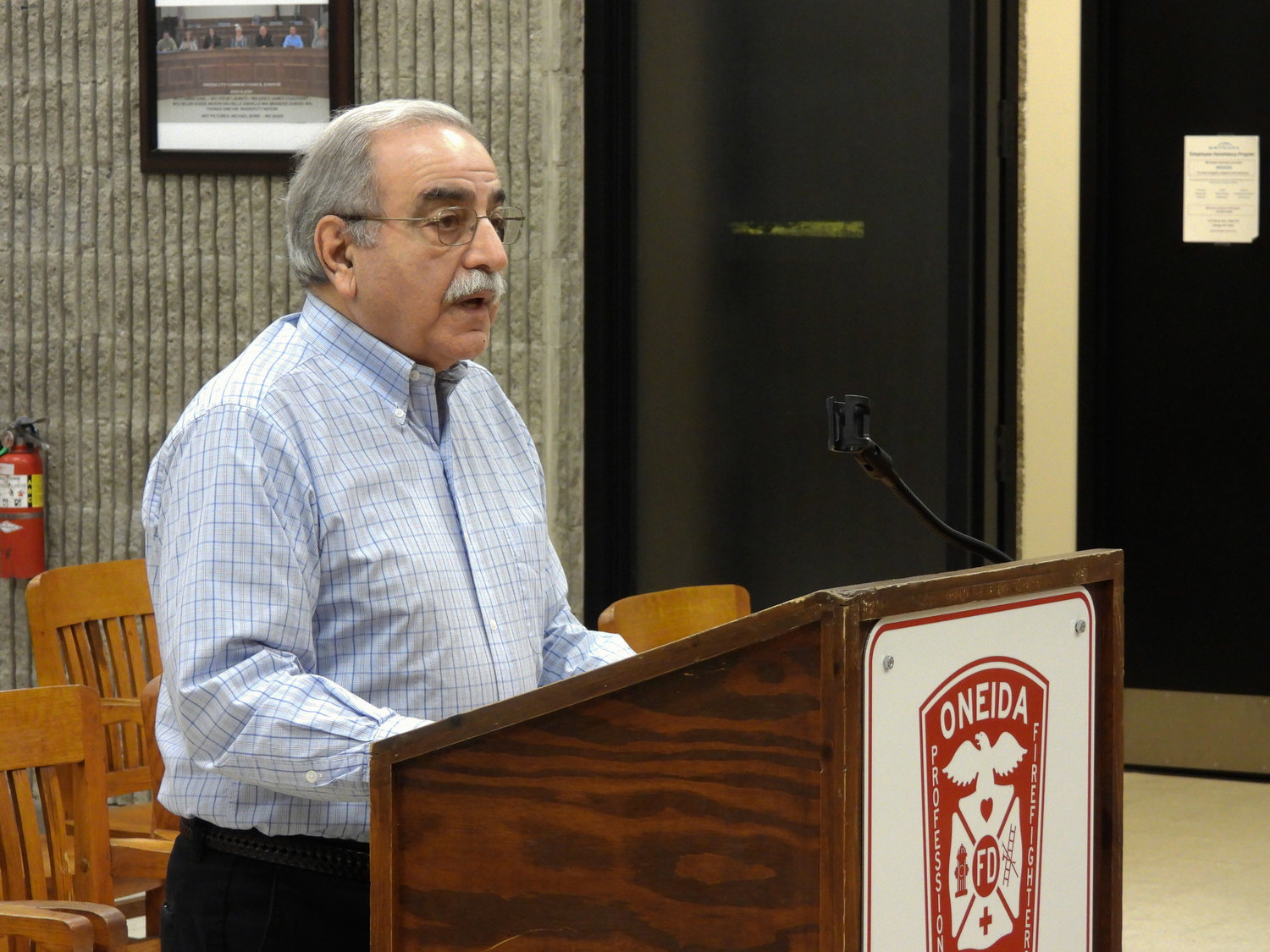 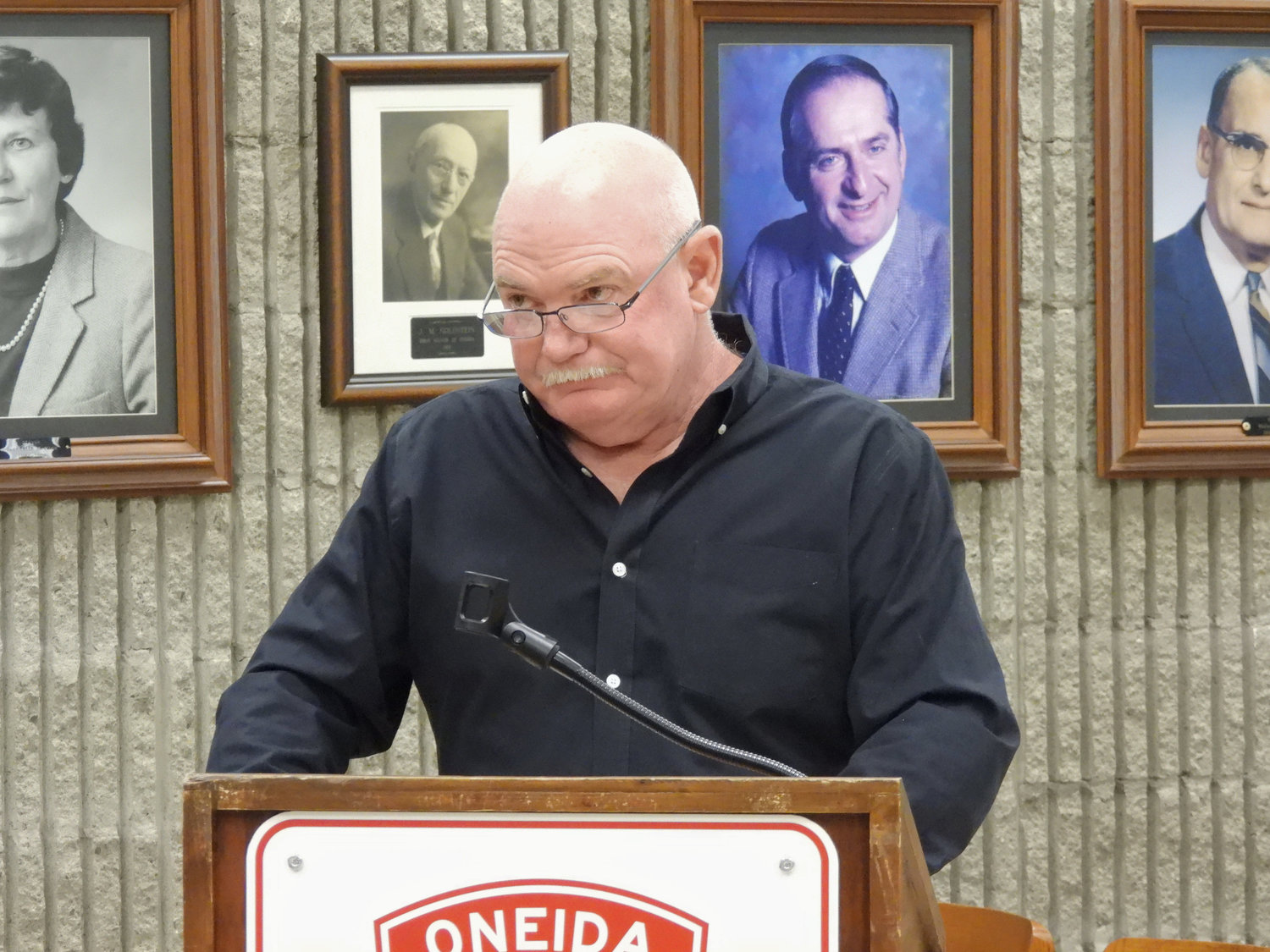 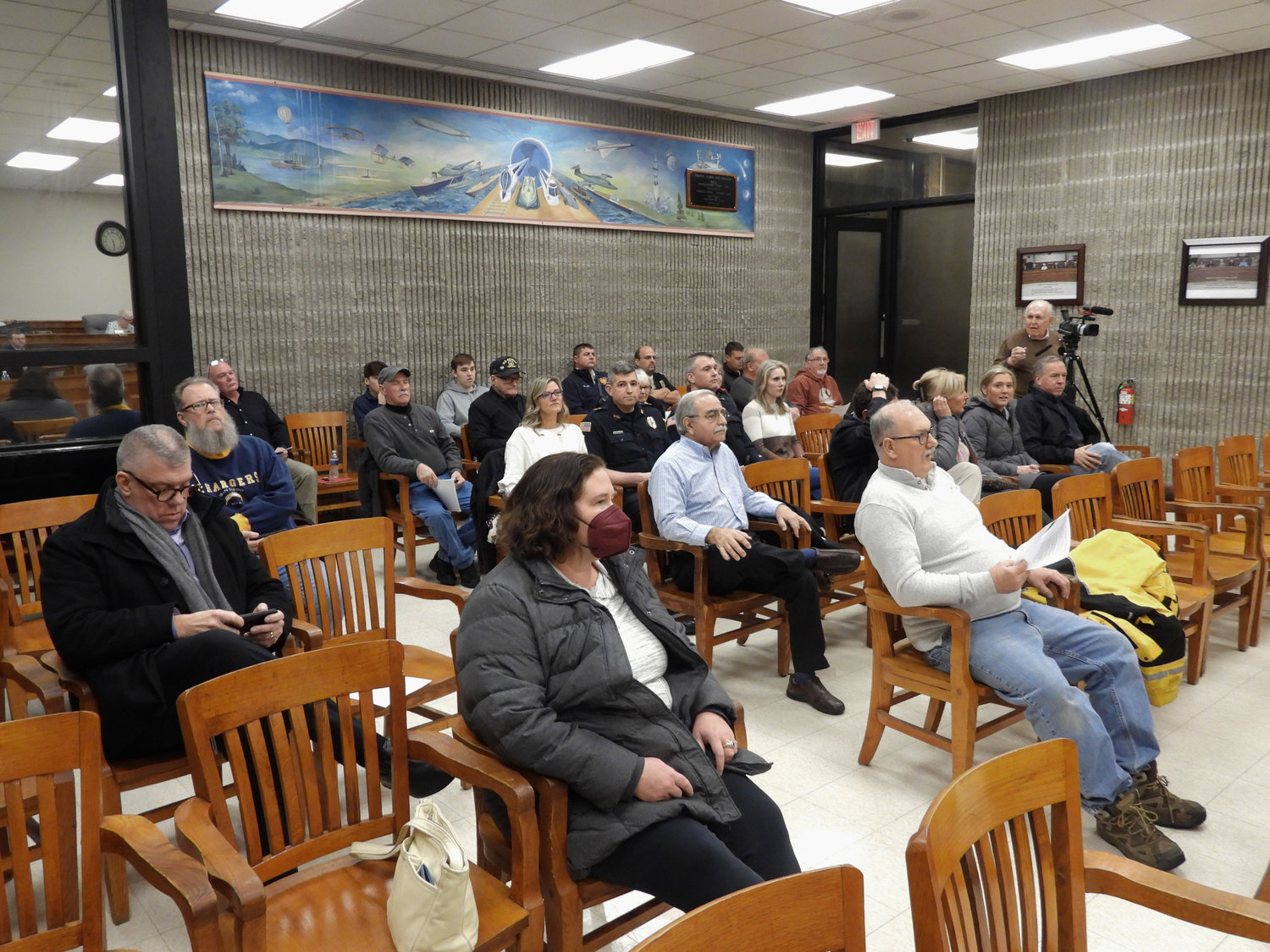 Residents listen to the proceedings during the Common Council meeting at City Hall in Oneida on Tuesday, Jan. 17.
(Sentinel Photo by Casey Pritchard) 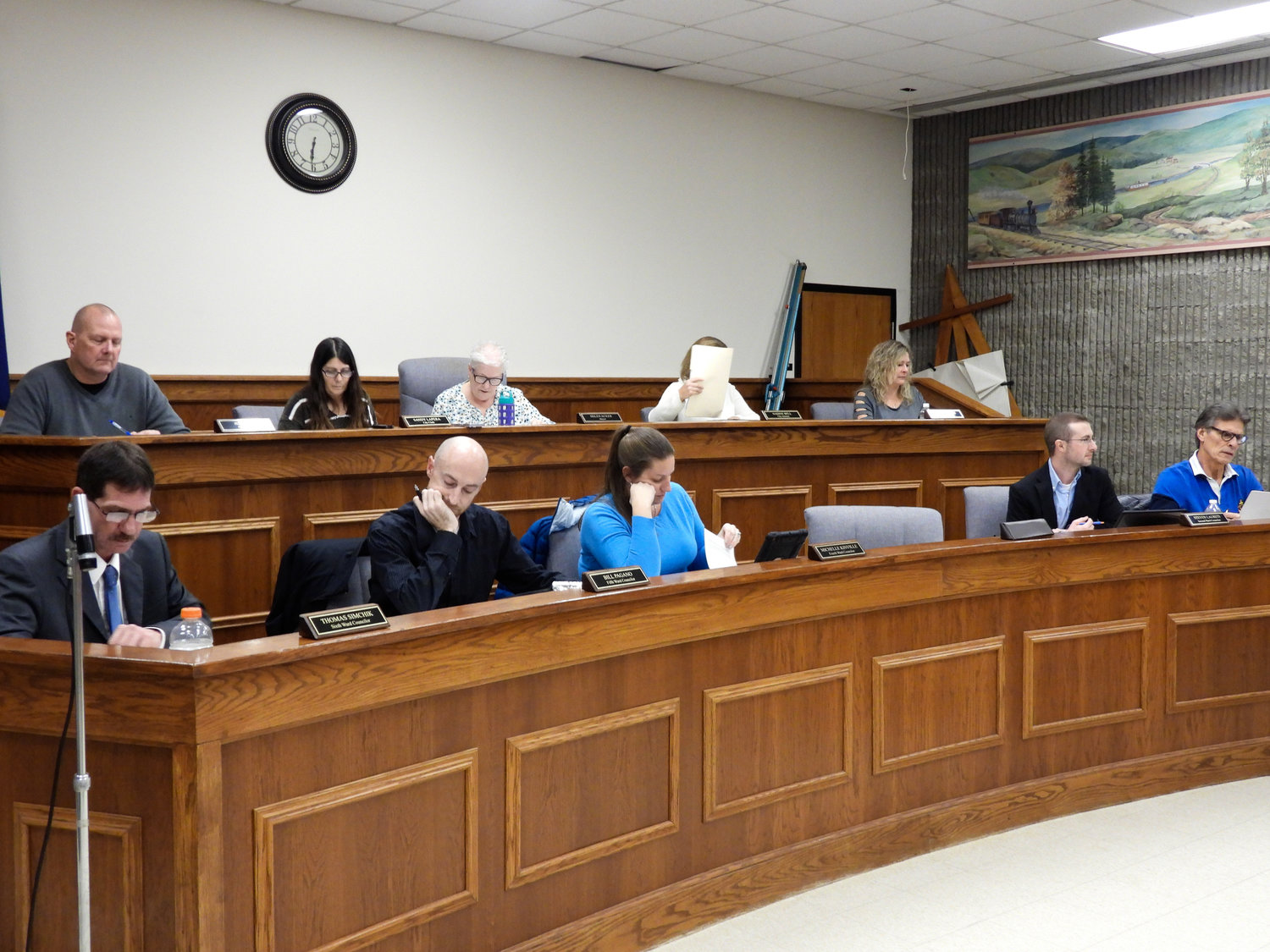 Randy Jones, of West Elm Street, said the Common Council turned down his purchase offer of 513 W. Elm St. for $15,000, with rehabilitation costs falling on Jones. The city was asking for $40,000.

“I’m not here because you turned me down but because of a comment and lack of transparency in a decision that, in my opinion, sets rehabilitation back seven years,” Jones said.

Jones said the council was expecting market value for an unsafe and “disintegrating property” and provided pictures of the property in question.

“The decision to flip-flop and wait decades to sell properties, something I’ve experienced, to selling properties to incapable buyers and then back to everything at auction just does not feel fair,” Jones said.

Jones said he was disappointed in the city’s choice to place process over neighbors.

Oneida resident and former councilor Brahim Zogby urged the council not to jump into a bond resolution for the sidewalks totaling up to $256,000.

“The city will be voting on bonding for routine matters,” Zogby said. “These matters haven’t been addressed in 30 years at least, and while sidewalks can be the lifeblood of a city that connects people and places, I ask the council to take a pause to borrow money to fix a problem that will be reocurring.”

Zogby asked the council to develop a comprehensive plan to fix the city’s sidewalks once and for all. He said that through such a plan, the city could acquire grants, and fix what they can for everyone.

“I’ve spoken to some of the council members before, and there hasn’t been an opportunity for the council to get together and talk about the reality of solving this,” he said. “And that’s what you’re here to do. Solve problems and create solutions. Not borrow money. So please, just take a pause.”

While Zogby said not all bonding is bad, he also said that this is a terrible time to borrow money.

Ward 1 Councilor Jim Szczerba agreed with Zogby, saying he spoke with his constituent before the meeting, and discussed different possible solutions.

“It made sense what Zogby suggested. We could possibly do in lieu of bonding, a charge for a separate line item that’s not a tax, but $50 for each parcel,” he said. “There are 5,200 parcels in the city, and multiplying that by $50, there’s a quarter of a million dollars right there per year. I countered that, especially in the outside district, the people without sidewalks. But they’d be involved in it.”

This was just one suggestion and was not currently being considered by the Common Council.

Szczerba suggested the council table the bond resolution and explore other options, to which Ward 4 Councilor Michelle Kinville agreed — with a warning.

“I don’t mind tabling it as long as something is done,” she said.

The resolution was tabled.