WHITESTOWN — A collision between a train and a motor vehicle near the Scooby Dog Food planet Tuesday night closed down the tracks and roads in the area, according to Oneida County 9-1-1. The … 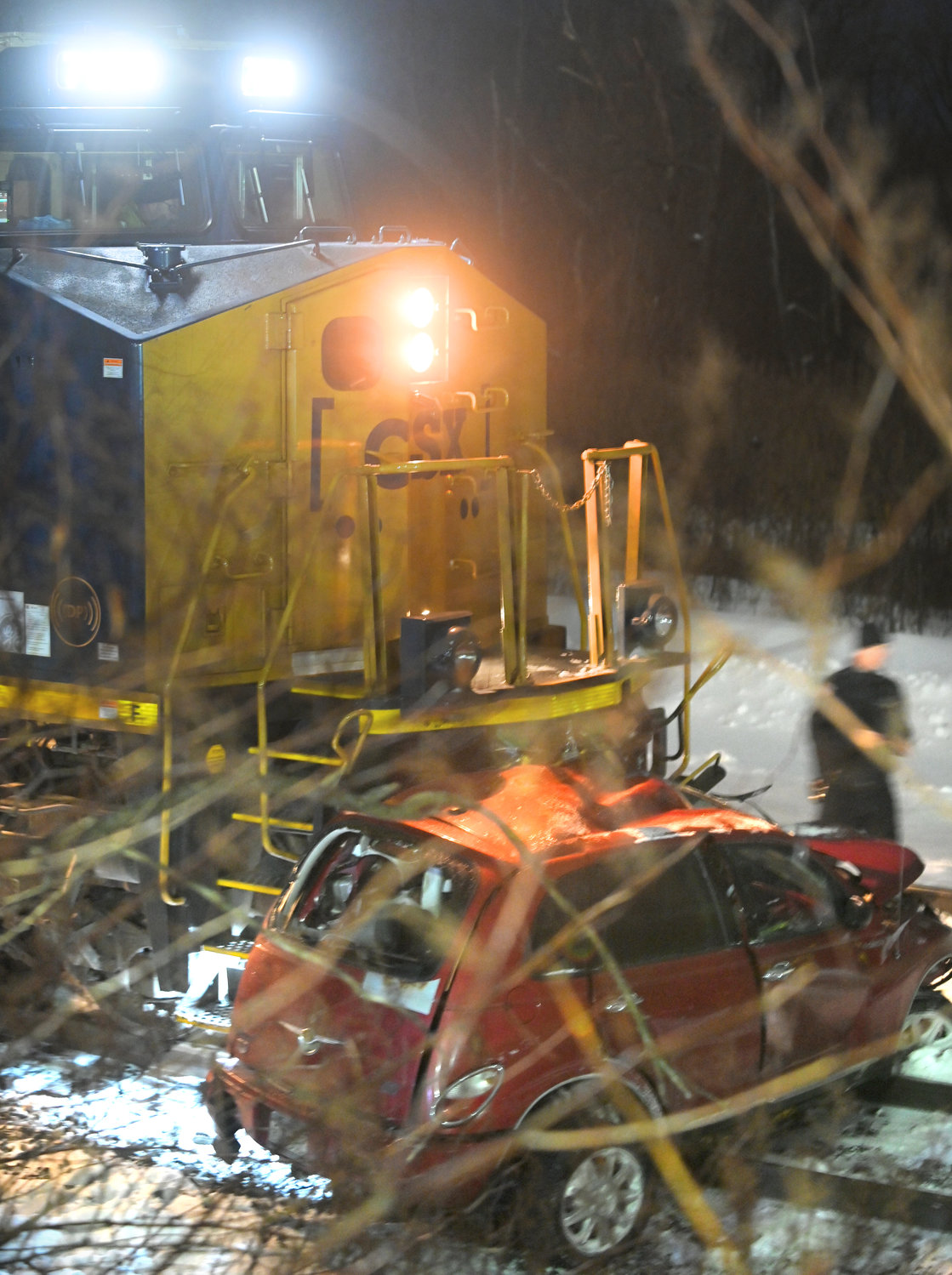 TRAIN VS. CAR — There were no reported injuries when a CSX train engine crashed into a motor vehicle on the tracks alongside Oriskany Street West at the border of Whitestown and Utica Tuesday night. Crews responded to clean up a fuel spill at the crash site.
(Sentinel photo by John Clifford)
Posted Tuesday, February 8, 2022 10:03 pm
WHITESTOWN — No one was injured when a train crashed into an unoccupied motor vehicle near Scooby Rendering & Inc. off Oriskany Street West Tuesday night, according to CSX Railroad.
Authorities said the driver of the vehicle was able to get out before the collision, which occurred shortly after 8 p.m. Tuesday. A county hazardous materials team from Utica responded to the scene to clean up the fuel spill.
The collision took place on an access road to the rendering facility, and the speed of the train pushed the vehicle to the area behind a nearby Fastrac Convenience store, just over the city line into Utica.
The Whitestown Police Department is investigating the crash.