Trail aims to give visitors a ‘good fright’

Those who like a good fright on Halloween may be in for a treat — or maybe a trick or two — when they visit Bert van der Werff’s Haunting in the Woods trail at 3200 Forward Road.

Trail aims to give visitors a ‘good fright’ 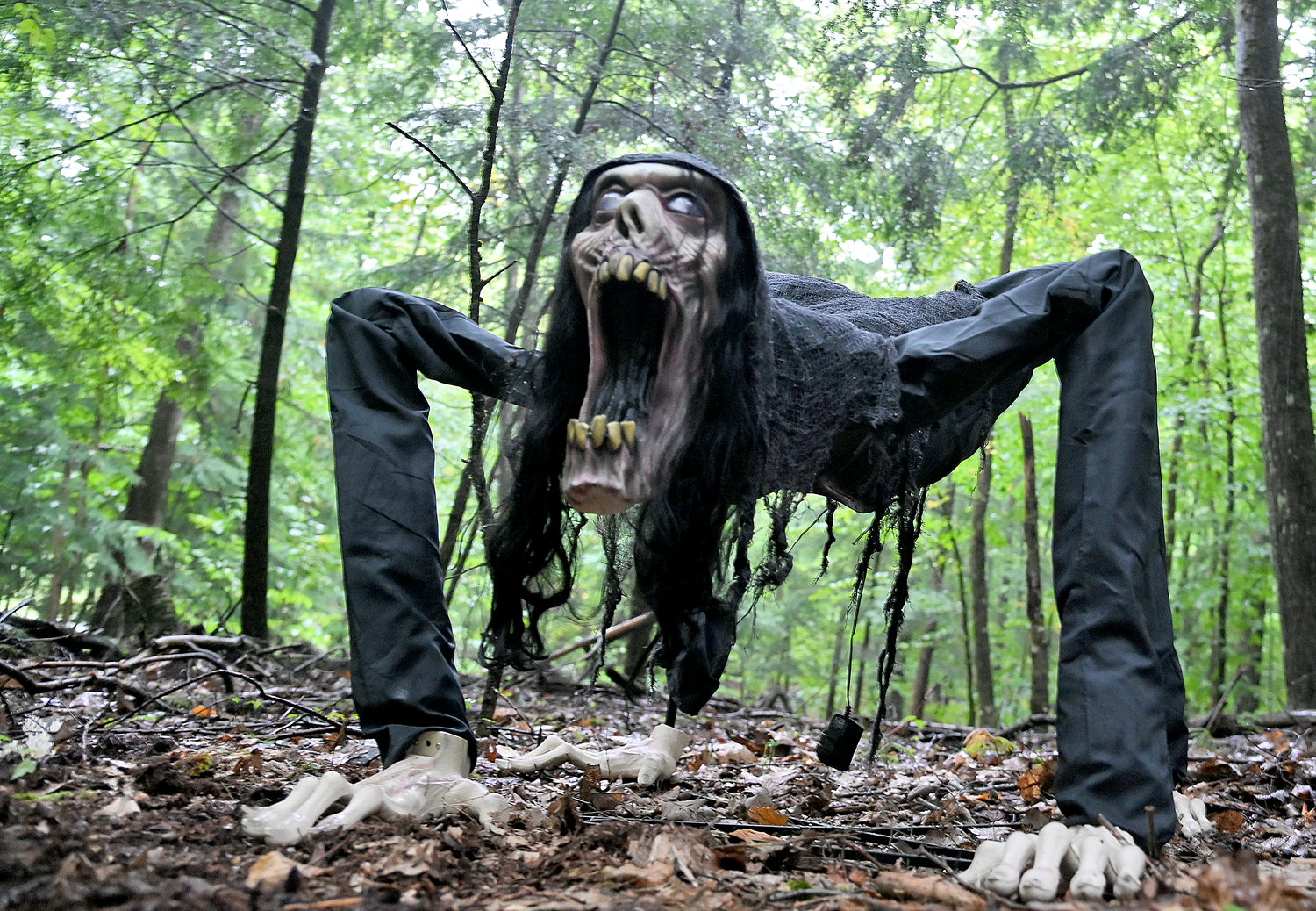 This is just one of the spooky items along the Haunting in the Woods trail at 3200 Forward Road in Blossvale, open for tricks and treats starting Sept. 29.
(Sentinel photo by John Clifford) 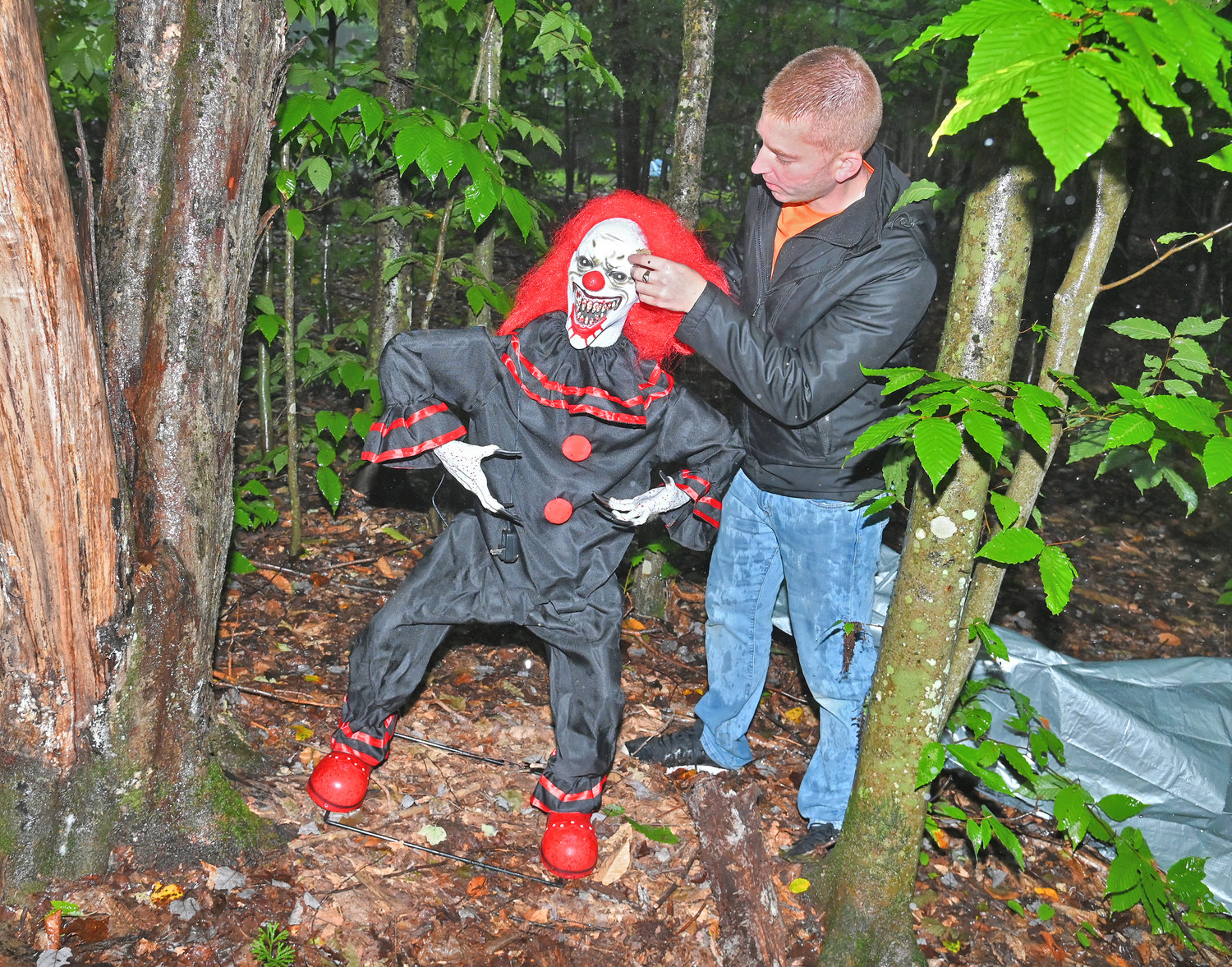 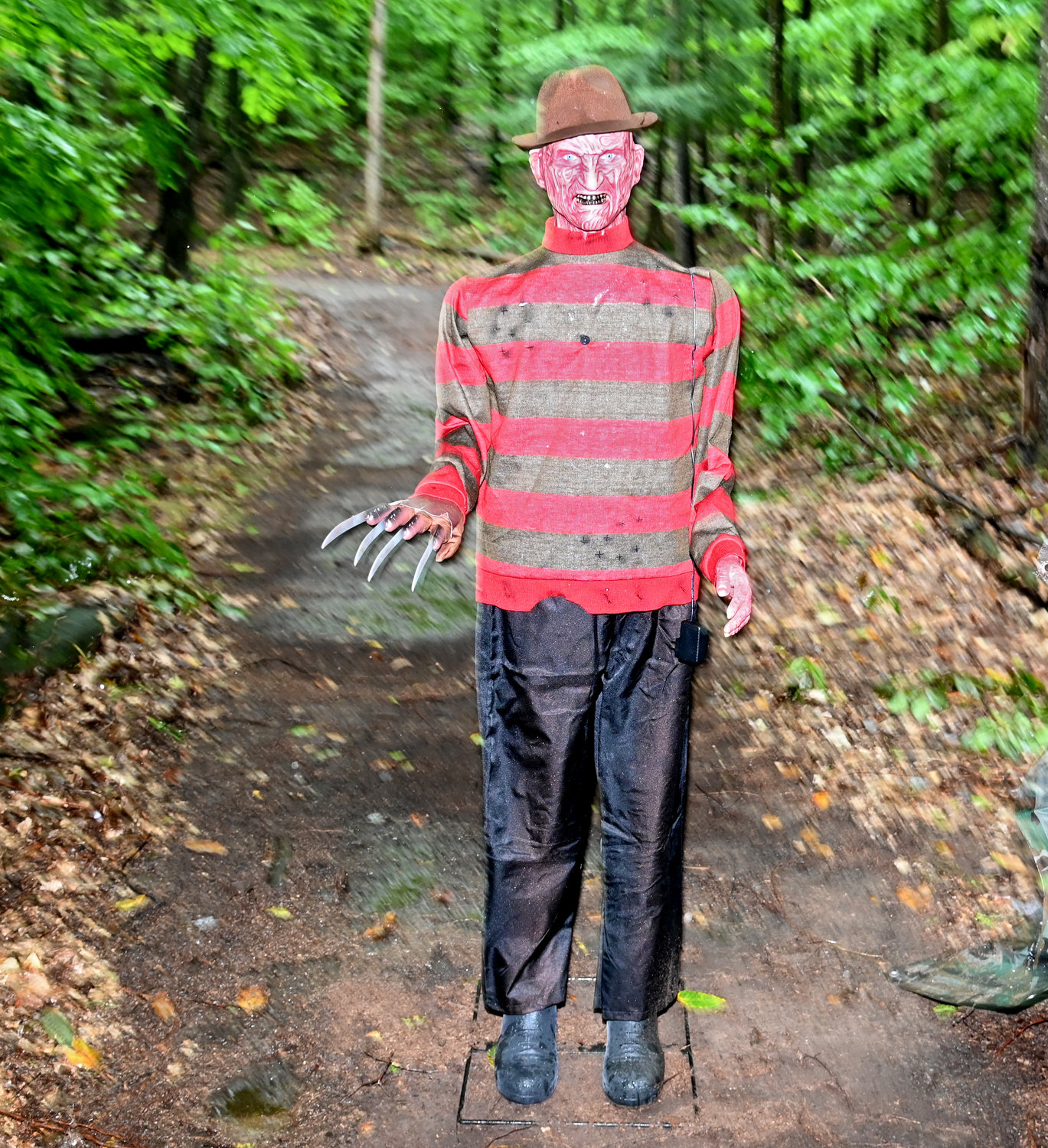 Freddy Krueger, of A Nightmare on Elm Street fame, is ready to scare travelers along the Haunting in the Woods trail at 3200 Forward Road, Blossvale.
(Sentinel photo by John Clifford) 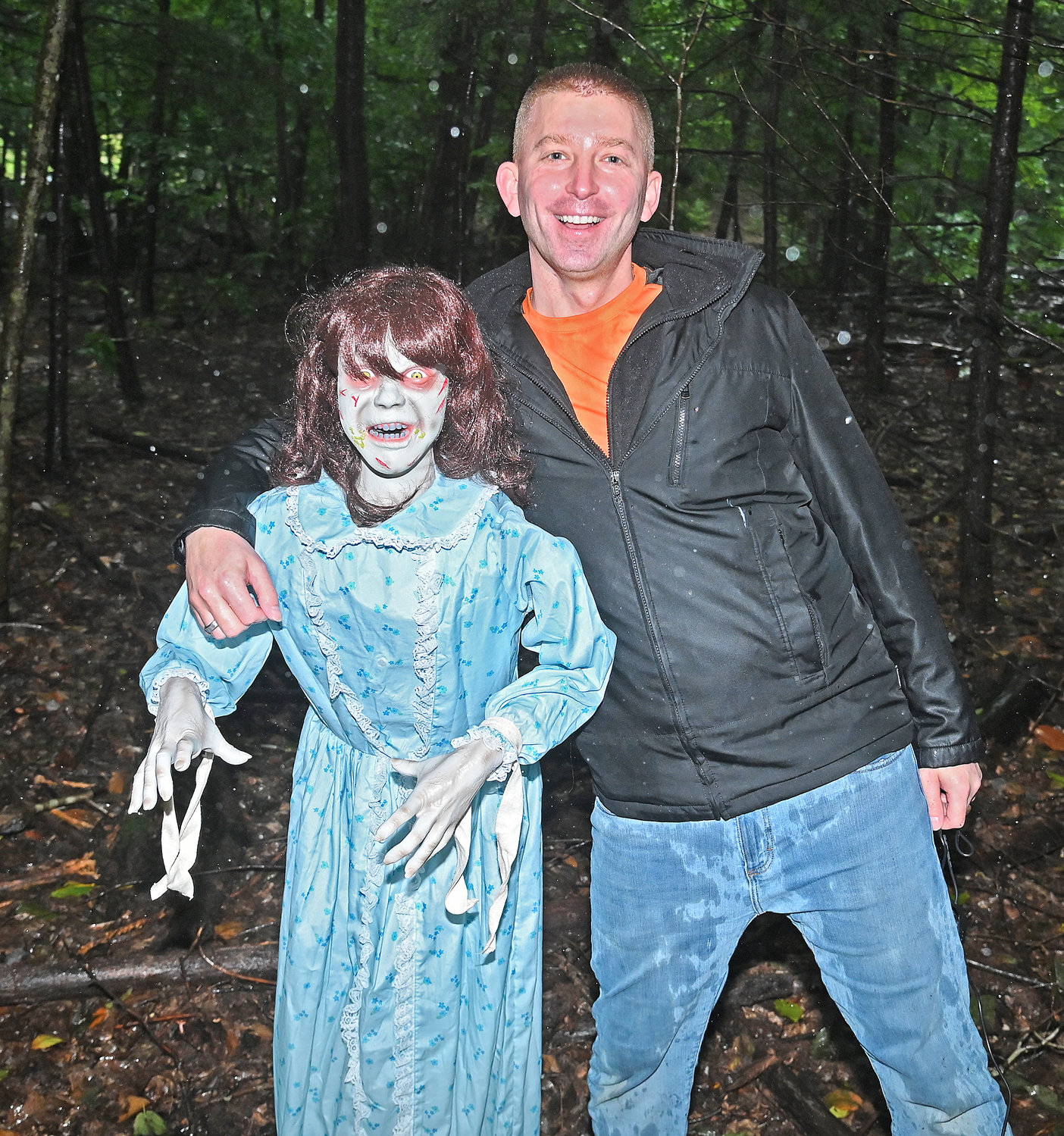 Haunting in the Woods trail creator Bert van der Werff, 3200 Forward Road, Blossvale, poses with the Regan MacNeil character from the Exorcist movie along his wooded trail, full of monsters and characters from horror movies. The Halloween trail opens to the public on Sept. 29.
(Sentinel photo by John Clifford)
Previous Next
Posted Wednesday, September 21, 2022 11:20 am
If you go ...

Cost to walk through the Halloween trail will be $20 for adults and $12 for those ages 12 and younger. Tickets may be purchased at the gate or online at www.hauntinginthewoods.com.

BLOSSVALE — Those who like a good fright on Halloween may be in for a treat — or maybe a trick or two — when they visit Bert van der Werff’s Haunting in the Woods trail at 3200 Forward Road.

The owner explained that he is building his haunted Halloween trail to feature several “twists and turns” along its 1,000-foot length. The attraction will be open for a Friends and Family night on Friday, Sept. 23 to “test out the trail,” van der Werff said. It will officially open to the public on Thursday, Sept. 29.

Haunting in the Woods will then be open from 7 p.m. to midnight Thursdays, Fridays and Saturdays through Halloween, which is Monday, Oct. 31.

Visitors will “enter into the woods and as soon as they enter, there will be a rope,” guiding them, explained van der Werff. “At the end we’ll have an animatronic Freddy Krueger (from A Nightmare on Elm Street) and some solar heads. But throughout the trail, there will be twists and turns and lots of things that will pop out and scare them.”

Van der Werff said there is a haunting back story to his property he purchased just a few years ago. The land once belonged to Tomas Zavalidroga, the man convicted in 2016 after a July 2014 incident in which his then-83-year-old mother Margaret was reported missing for parts of four days from July 18-21 of that year.

Oneida Police said Zavalidroga led his mother, Margaret, out into a wooded area between Lenox Avenue and Genesee Street in Oneida on Friday, July 18, and then reported her missing and possibly abducted to 9-1-1. Local police agencies searched for three days before finding Margaret behind the Lowe’s store on July 21.

Fire officials who assisted the mother out of the woods said Margaret was wearing only a shirt when she was found. Zavalidroga had been charged with reckless endangerment and falsely reporting an incident.

“The back story to the property is that it once belonged to the son who left his mother naked in Oneida and tried to kill her — we purchased a portion of the property three years ago,” said van der Werff. “We actually found a camp used by the guy while he was on the run from police, and we also found flash drives with some of his court documents on them.”

The owner said, “We were talking to some neighbors and did our own research, and it’s a pretty creepy story. When we first got the property we thought it would make a great Halloween attraction, so we decided to build the trail this year.”