Step into a beautiful Victorian home in the village, and enjoy an ice cream social on its charming front veranda. 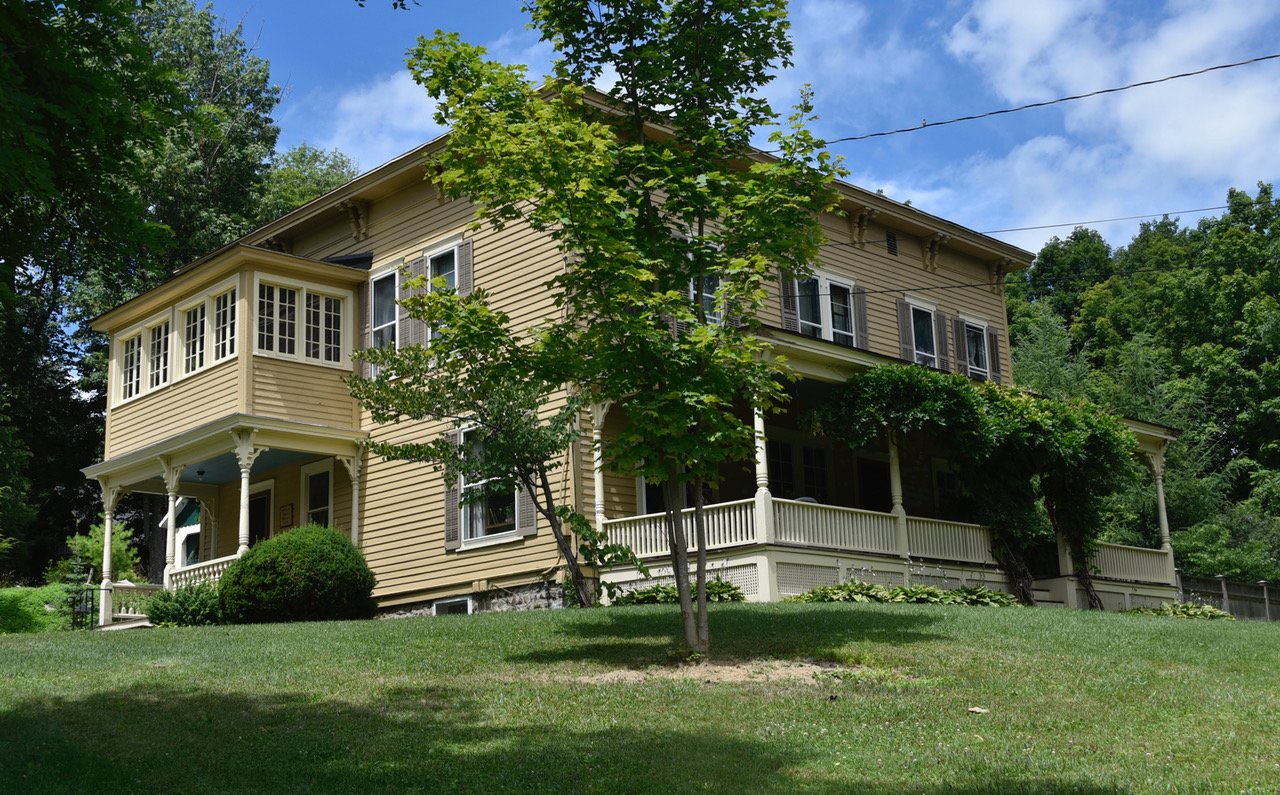 Pablo and Brenda Davis, owners of this well-maintained Italianate Victorian residence in the village of West Winfield, will host an ice cream social on their front porch during the UUVA’s summer tour from 1 to 4 p.m. on Aug. 20.
(Photo submitted)
Posted Sunday, August 14, 2022 11:40 pm

WEST WINFIELD — Step into a beautiful Victorian home in the village, and enjoy an ice cream social on its charming front veranda. Take a deeper look inside historical Bisby Hall, the Masonic Lodge, the Federated Church, and St. Joseph the Worker Catholic Church, and stroll along the meandering creek in the nearby town park.

Learn more about all of these special public and private buildings and spaces during the Upper Unadilla Valley Association’s (UUVA) summer tour from 1 to 4 p.m. Saturday, Aug. 20.

Tickets are in the form of tour booklets, which will be available for purchase during tour hours at the West Winfield Town Park gazebo. The gazebo is a short distance within the park entrance, which is by the bridge under construction on State Route 20. Each booklet costs $10 and includes refreshments served at the Victorian home of Pablo and Brenda Davis. Children ages 12 and younger will be admitted for free.

The Hiteman/Davis home — Destroyed in an 1899 fire, the home was rebuilt as a Italianate Victorian and purchased by George Hiteman and his wife Reba in 1915. It was remodeled in the Arts and Crafts style popular at the time.

Bisby Hall — The family of George Bisby donated the land and built the hall circa 1909. It originally served as a theater and dance hall but now houses the West Winfield Library, village and court offices, and a New York State Troopers office.

Masonic Lodge — Built and dedicated in 1922-23, the building is now used by lodges from West Winfield, Richfield Springs, and Mohawk.

St. Joseph the Worker Catholic Church — The original wooden church was destroyed by fire in 1919 and rebuilt with the present beautifully decorated masonry structure in 1921.

The Federated Church — Built in 1969, this church is a fine example of mid-20th Century architecture and the ability to successfully merge three Protestant churches.

West Winfield Town Park — The laid stone arch bridge that has just been replaced originally was built in the late 1800s and raised in 1930 to ease travel on busy Route 20. The park’s two gazebos are from the lawn of the SS Morgan mansion, which burned but formerly was situated across from the village cemetery.