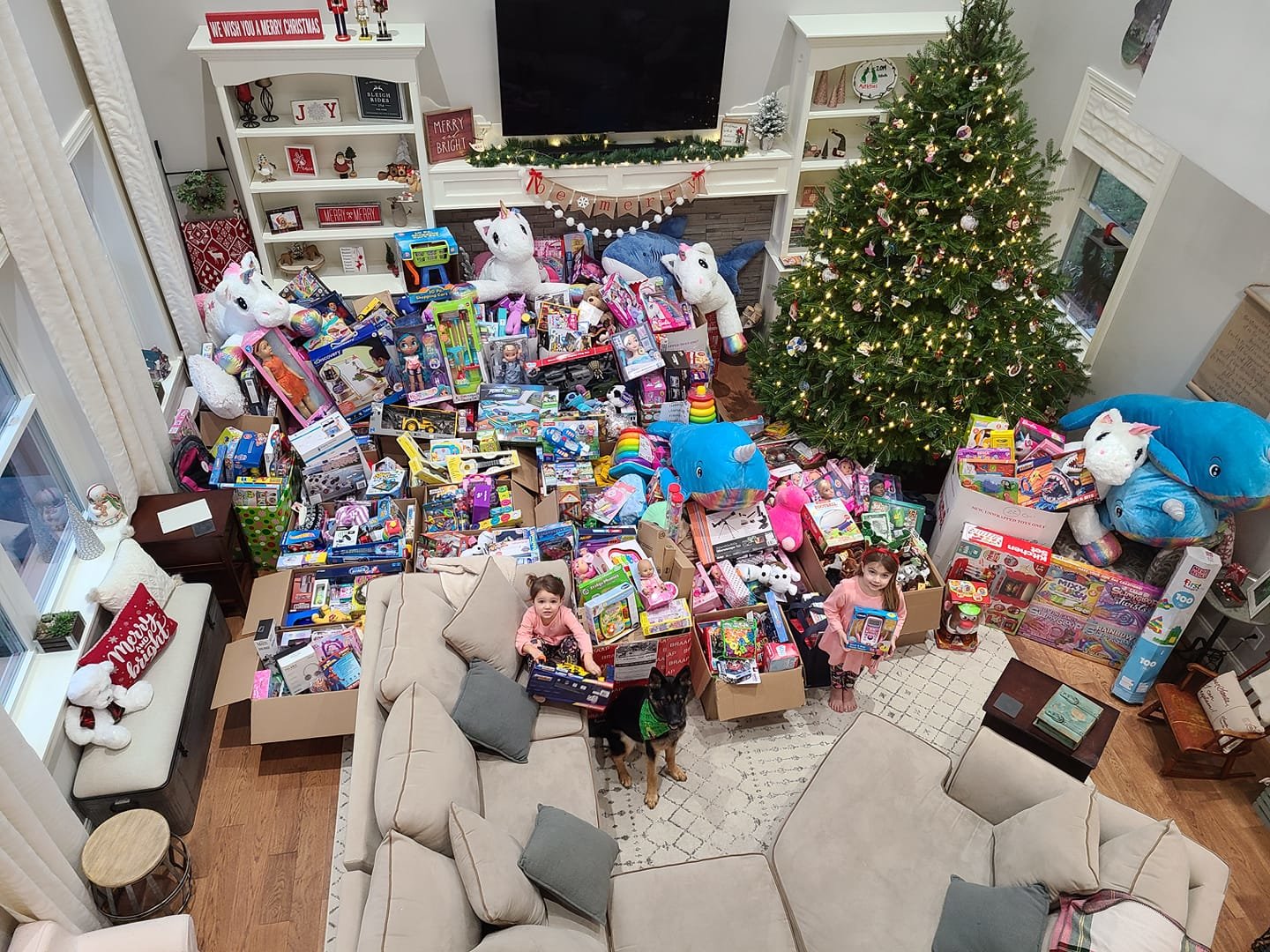 HOLIDAY GIVING — Here are Liliana and Isabella Todora, of Rome, with a variety of toys they collected last year for their Isabella and Liliana & Friends Toy Drive, with each toy going to a child in need through Toys for Tots. Since their toy drive began in 2016, it has collected more than 4,000 toys to distribute to kids during the holiday season.
(Photo submitted) 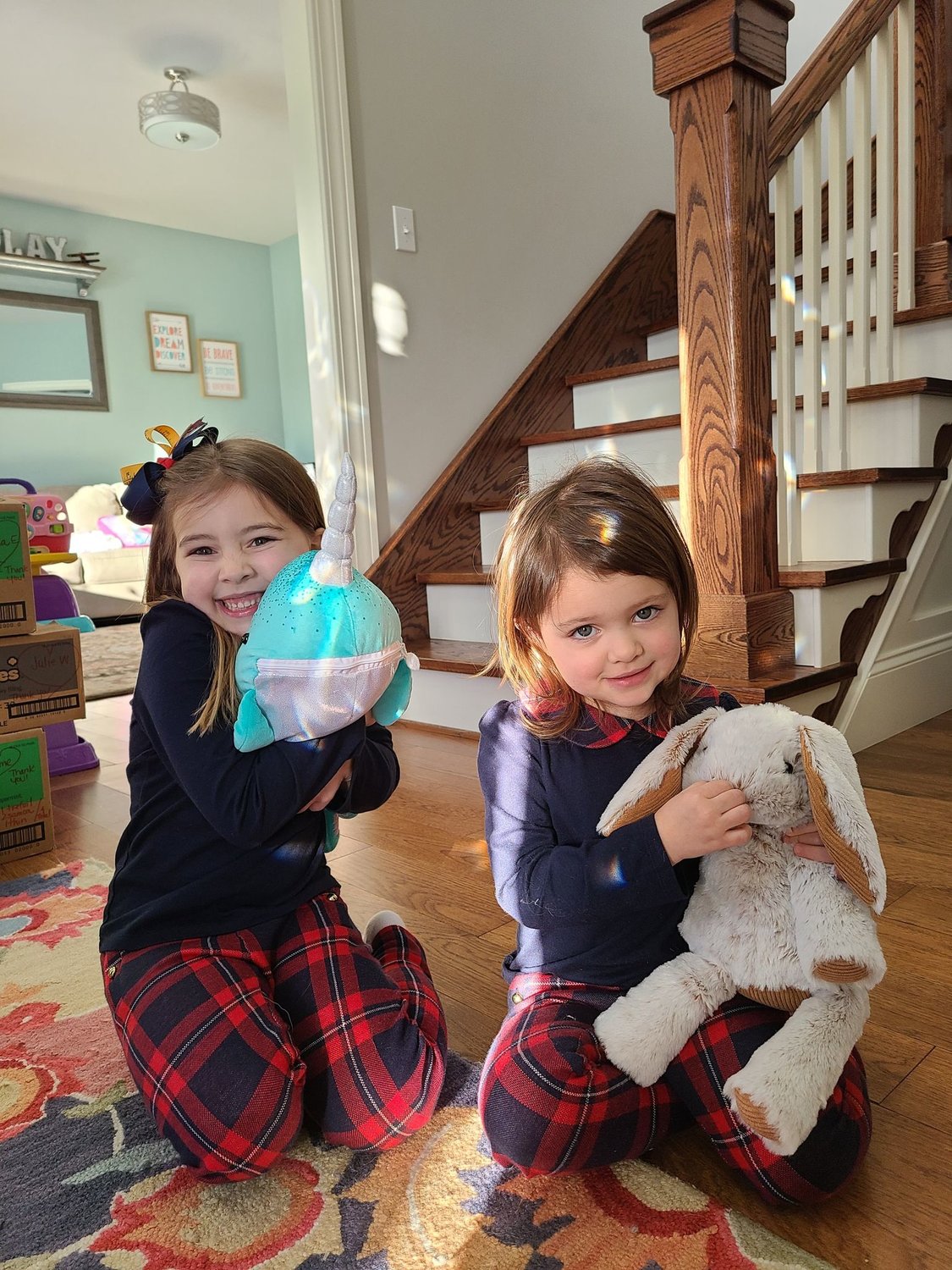 LOVE TO GIVE — Sisters Isabella Todora, 7, and Liliana Todora, 3, hold the Isabella and Liliana & Friends Toy Drive each year to collect toys for needy children. The drive began as a lesson for the family in how to give back.
(Photo submitted) 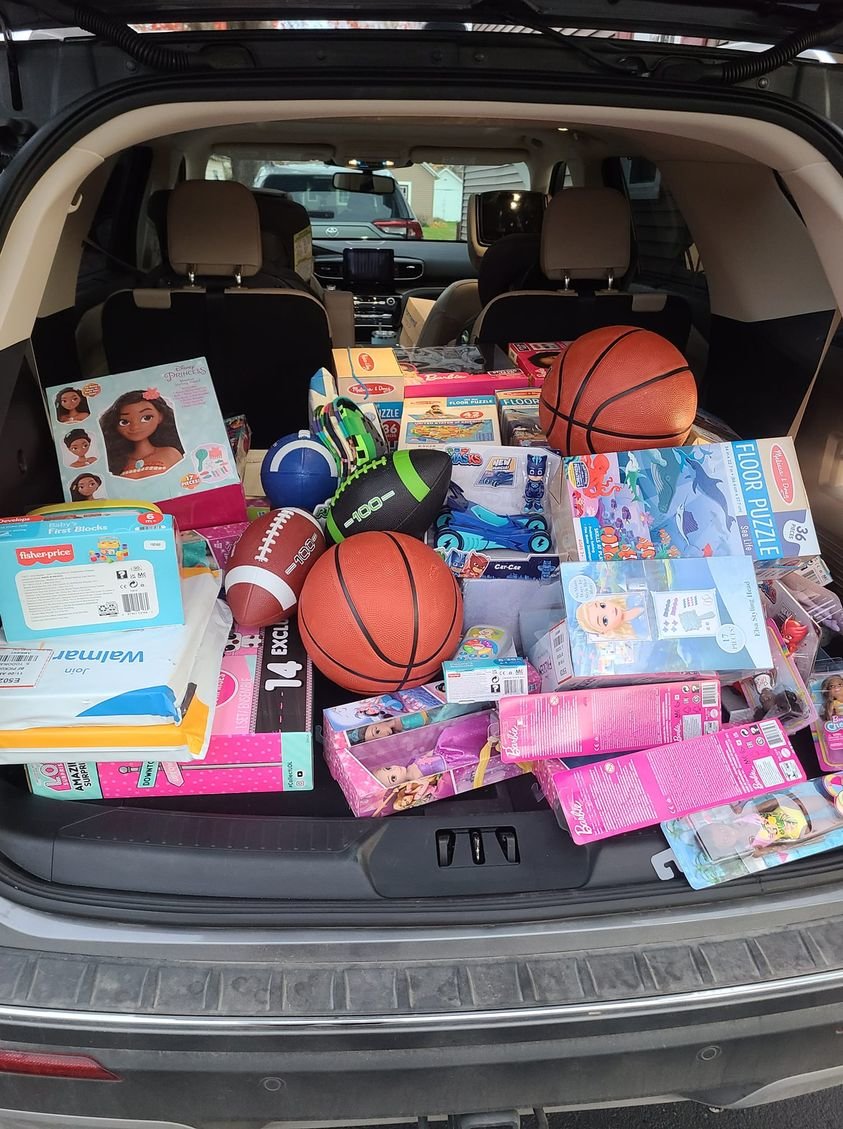 COLLECTION UNDERWAY — Shannon Todora, of Rome, and her daughters Isabella, 7, and Liliana, 3, have started collecting toys for community children in need as part of the annual Isabella and Liliana & Friends Toy Drive. The family will collect toys for the drive through Dec. 4, with collection boxes at several local businesses.
(Photo submitted)
Previous Next
Posted Friday, November 12, 2021 7:20 am
Nicole A. Hawley
Staff writer
email

In what started as a lesson on giving, has turned into a way for two young Rome girls and their friends to help little boys and girls in their community celebrate the holidays with a special new toy.

Shannon Todora and her daughters, Isabella, age 7, and Liliana, 3, now run the Isabella and Liliana & Friends Toy Drive each holiday season to collect toys for kids in need. The toy drive was first organized in 2016 before Liliana was even born.

“I always joke that it was one of those 3 a.m., can’t sleep moments. I was laying there trying to think of ways that I could teach my daughter (Isabella) about giving, and taking pride in her community, as well as making a difference and an impact,” said mom Shannon.

“A few different ideas came to mind and then the idea of a toy drive just felt right,” Shannon added.

She said, “That first year, I had hoped to get 50 toys. On the final day, when I did the final count — I couldn’t believe it, we had received 506 toys. I was blown away. And each year, the count has increased along with more and more community support from individuals and businesses.”

The toy drive runs from now through Saturday, Dec. 4. It culminates with a joint event at The Mill in Rome, where Isabella and Liliana & Friends Toy Drive partners with Donate to Coat.

A charity that was started by the late Dave Dominic of Rome, and is carried on in his memory by his sister Jackie
Dominic-Zbiegien, along with The Mill owner Christina Benn and fellow graduate of Dave’s, Donna Badolato, Donate to Coat collects gently-worn coats to be donated to Rome Rescue Mission. Toys are also collected that day to finish up the drive.

Toys may also be dropped off through Dec. 4 at the following locations:

Monetary donations are also being accepted through Venmo and can be sent to @IsabellaLiliana_ToyDrive.

Todora is also raising money through her Scentsy business, and now through Nov. 23, while shopping for the holidays, all proceeds will go toward the toy drive by going to: https://jomarie.scentsy.us/party/15349158/isabella-and-liliana-buddy-drive.

“They are given to the local chapter of the Marine Corps Toys for Tots, who distributes them to organizations locally to children in need,” Todora said.

The mother said both her girls love doing the toy drive each year, as well as shopping for and picking out toys purchased from monetary donations they think other kids will enjoy.

“My older daughter, who is 7, really understands it now. She is our daughter that wears her heart on her sleeve — and she recently told a friend’s mom that her favorite part of the holidays is ’the giving part,’” said Todora. “My younger daughter, who is 3, loves to take care of the dolls that come in. She is our official in-house babysitter in charge of giving all the ‘babies’ love until they go to their new home.”

The toy drive even has a special meaning for the mom as well.

“Personally, this drive is something I look forward to every year. It makes me feel so good about the community we live in,” she said. “I am always in awe of the support and outpouring of love. I lived in Fort Lauderdale for a few years after college — and what I missed when I was living there, was the heart of a small community. I can guarantee if I was doing this toy drive down there, the results wouldn’t even be close to what we are able to do here. I am so appreciative of all of the support we are given.”

The Todoras have already collected quite a few toys for this year’s drive, but the family has “a ways to go” before meeting their goal.

Count by year for the Isabella and Liliana & Friends Toy Drive: