One of the most notable establishments in Utica is now up for sale. Tiny’s Grill, 1014 State St., has been a staple for the city for over 90 years, serving food and drinks and providing jazz. 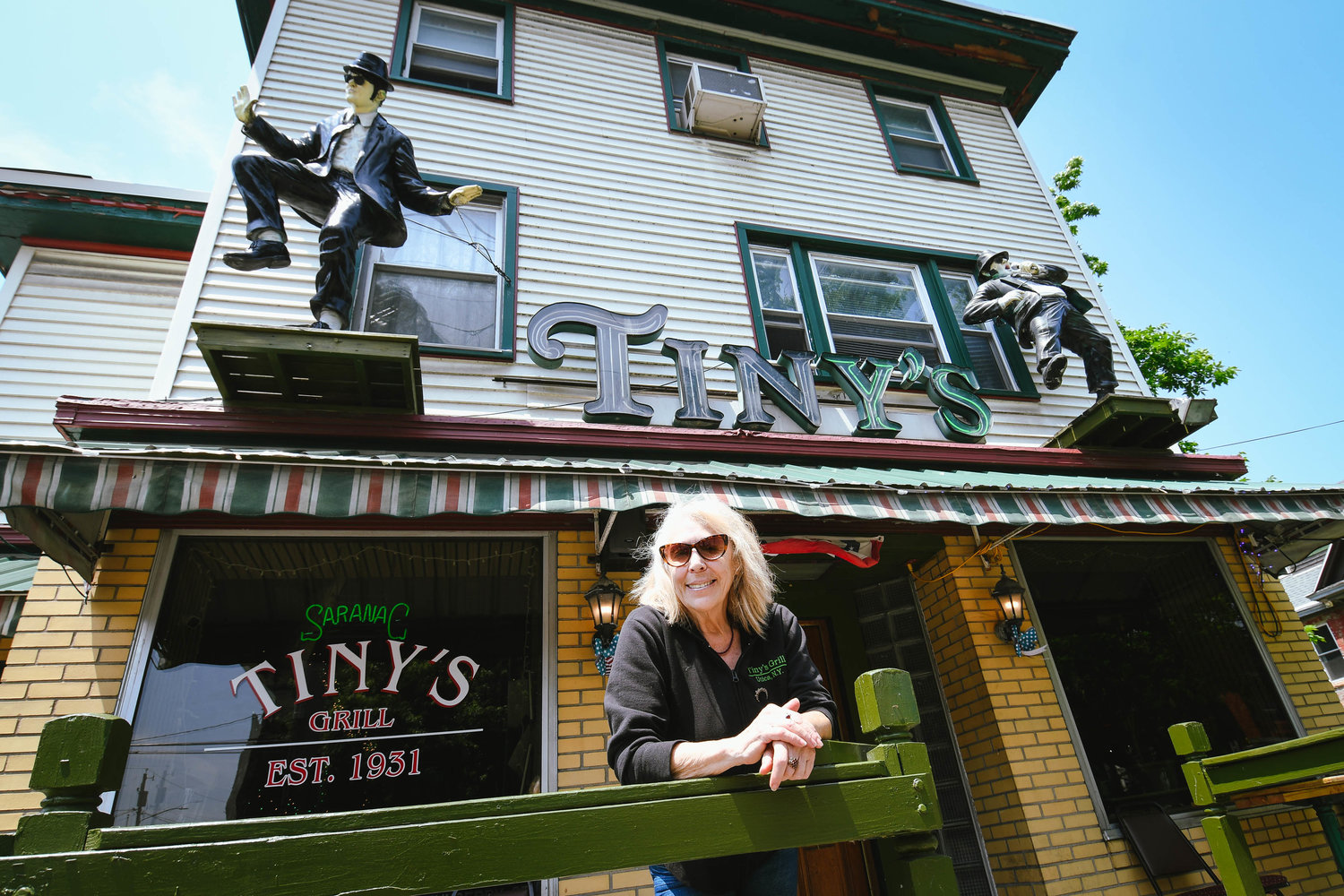 Joanne Gerace, owner of Tiny’s Grill in Utica, is selling the establishment in hopes the new owner will keep the tradition and legacy of the business alive.
(Sentinel photo by Alex Cooper)
Posted Saturday, November 19, 2022 11:30 am

For more information on the real estate listing for Tiny’s Grill, visit: centralnyhomes.com/listing-detail/1103248929/1014_State_Street-Utica-NY

UTICA — One of the most notable establishments in Utica is now up for sale.

Tiny’s Grill, 1014 State St., has been a staple for the city for over 90 years, serving food and drinks and providing jazz music for patrons of the establishment. Tiny’s Grill is also notable for the eclectic atmosphere like the Blues Brothers statues atop the awning and the collection of nutcrackers that adorn the walls during the holiday season.

The building that houses Tiny’s Grill was recently listed for sale by Coldwell Banker Faith Properties with a listing price of $380,000. According to the real estate listing, the building is 5,596 square feet and has three upstairs apartments, an outdoor patio and separate parking and side lots.

Joanne Gerace, the owner of Tiny’s Grill, said she is ready to retire after decades of running the establishment.

Tiny’s Grill was established in 1931 by Ed “Tiny” Wolack and was originally located on Whitesboro Circle. The establishment moved to its current location around the 1960s. After changing ownership a few times, Gerace took over the establishment in 1990 and has run the business ever since.

After 32 years of running Tiny’s Grill, Gerace believes that it’s time to pass the business down to a younger generation that will hopefully keep the tradition and legacy of the establishment alive.

“When I do sell, it’s going to go into the hands of someone that’s going to continue on the brand and bring it back to life.”

As for Gerace and her contributions to the establishment over the years, she is proud of keeping it a unique place for patrons to visit and for giving the place a distinctive and irreplicable character.

“I won’t regret what I did here,” Gerace said confidently. “I’m happy for what I did and I hope that it’s going to continue.”