Tickets on sale for RFA’s Newsies

ROME — Tickets for the Rome Free Academy production of the musical, Newsies, are now on sale for $8 through Thursday, or $10 at the door. Presale tickets are available at Jervis Public Library, 613 …

Tickets on sale for RFA’s Newsies 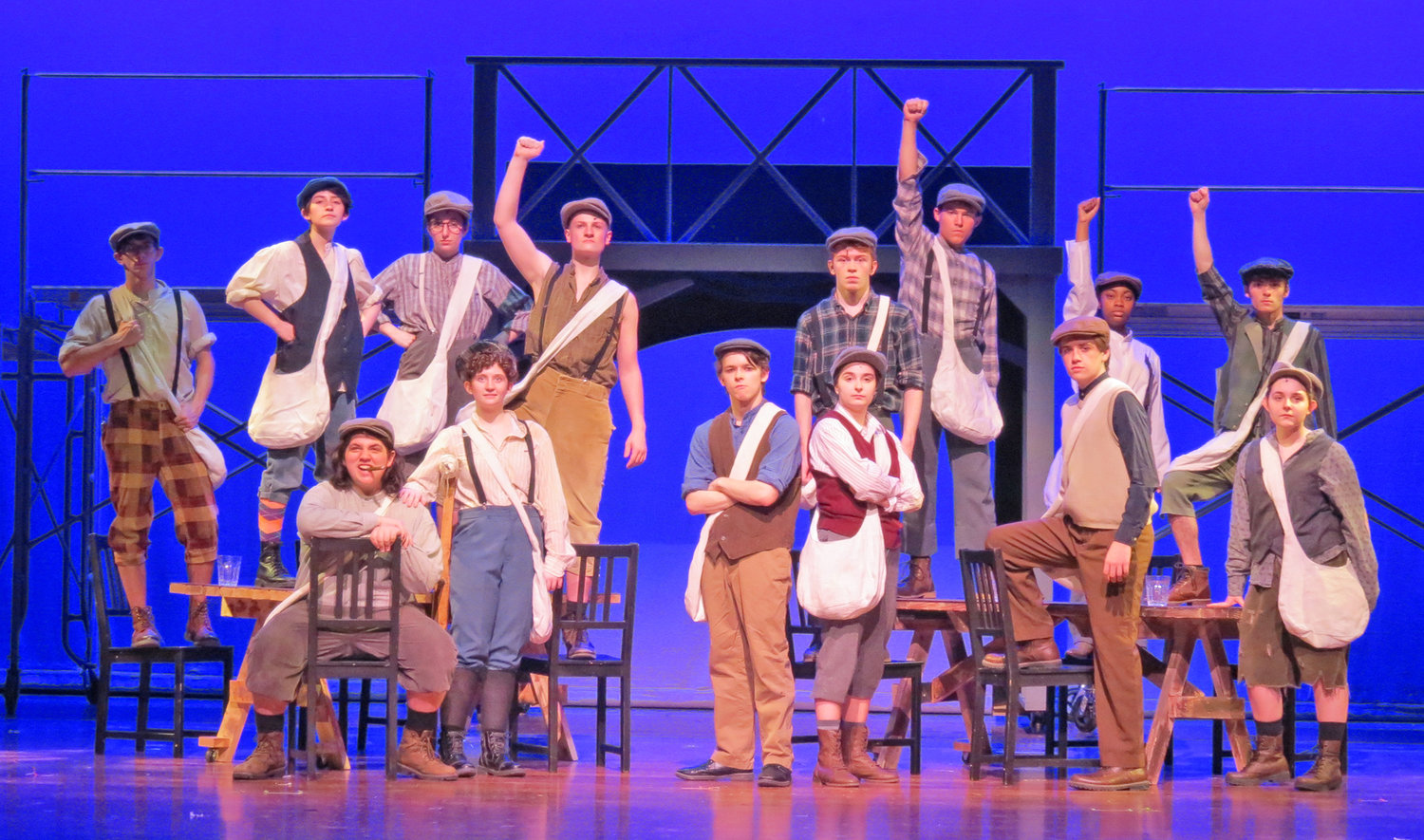 READ ALL ABOUT IT — Striking for better wages, the cast of Newsies will hit the stage Friday through Saturday at 7 p.m. Tickets are $8 in advance, or $10 at the door.
(Photo courtesy Rome City School District) 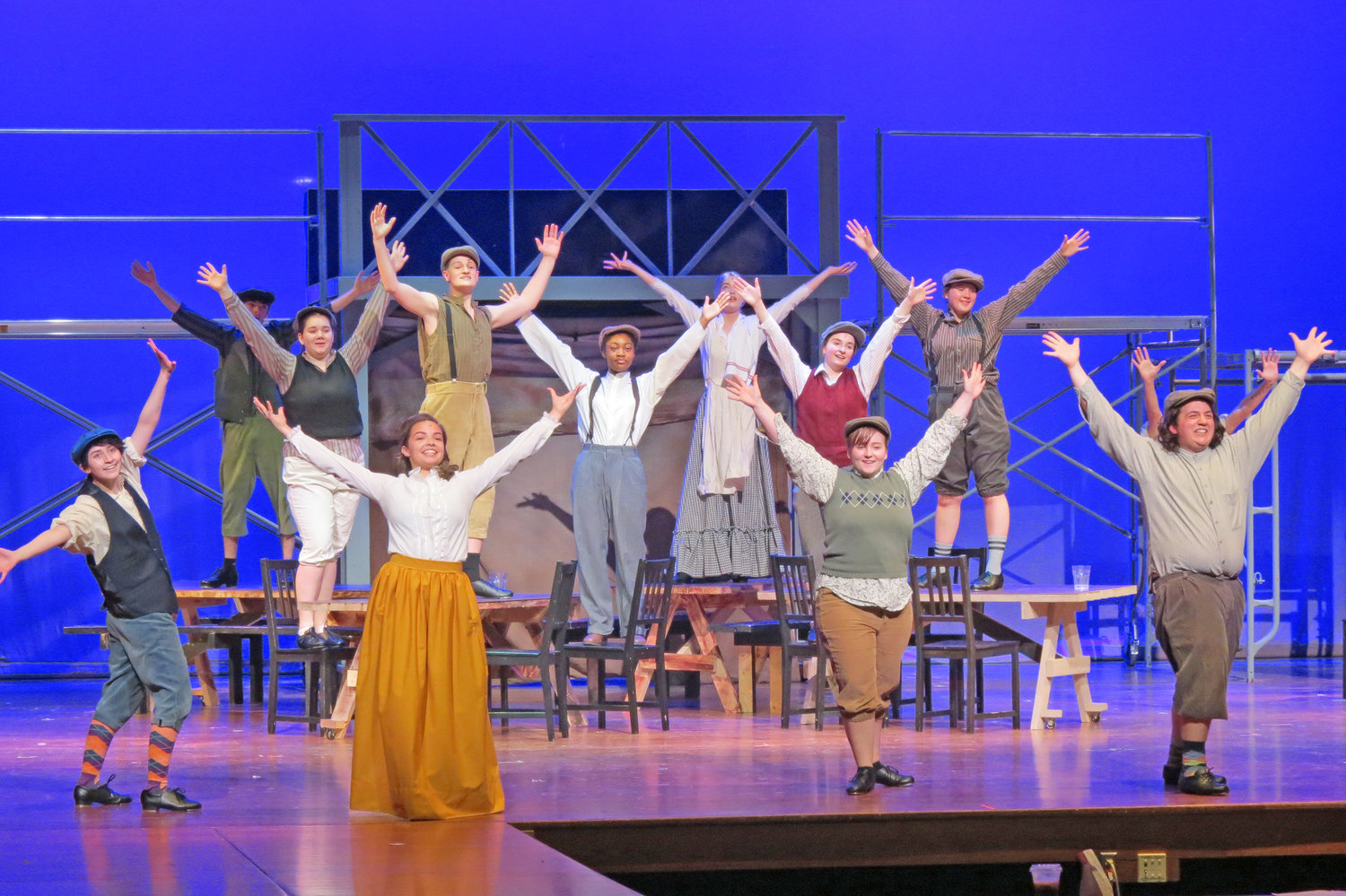 STEALING THE SHOW — The cast of Rome Free Academy's Newsies takes the stage during rehearsal for their upcoming show, to be performed at 7 p.m. Thursday, Friday and Saturday at RFA auditorium.
Previous Next
Posted Tuesday, April 26, 2022 8:30 am

ROME — Tickets for the Rome Free Academy production of the musical, Newsies, are now on sale for $8 through Thursday, or $10 at the door.

Presale tickets are available at Jervis Public Library, 613 N. Washington St., where both cash and credit cards are accepted.

Tickets will also be available at the RFA lobby box office each night during the show’s run. The box office accepts cash or checks made out to “RFA Musical.” The box office will open at 6:30 p.m. with the doors to the theater opening at 7:30 p.m. All tickets for the musical are general admission seating.

Newsies premiered on Broadway in 2012 and was nominated for eight Tony Awards and six Drama Desk Awards. Based on the 1992 Disney film and inspired by the actual Newsboys Strike of 1899, the story follows a group of New York City newsies as they fight for fair wages. With a little help from reporter Katherine Plumber, the newsies gain the attention of publisher Joseph Pulitzer when they start to make their own headlines.

RFA was in the middle of the rehearsal process for Newsies in 2020 when the coronavirus pandemic began. Now that RFA is back putting on the show, Director Jake Meiss said they are doing it 30 years since the Disney movie was released, but also exactly 10 years after the show debuted on Broadway.

Meiss points to the musical’s score as one of the driving factors in bringing this particular show to the RFA stage.

“Personally, I have loved these songs since I saw the original movie,” Meiss said. “The music is infectious and it’s clear as to why the show won the Tony Award for Best Original Score. And the story of young people standing up for themselves and what they believe in is a story I’m glad we finally get the chance to share with our audience.”

Students that were cast in the 2020 production are also full of “en-NEWSIE-asm” as they prepare to bring the show to the stage.

“When Newsies 2020 was canceled, I experienced a sense of grief, in a way,” said junior Liam Butler, who adds that performing the famous song, “Seize the Day,” in a subsequent RFA Student and Alumni Cabaret gave him a sense of closure. But when the 2022 musical was announced, Butler said, “a sense of excitement and determination came over me. This was a chance to do even better than before; a chance for real closure. This was a new opportunity to not only finish what we started, but the chance to do it even better with two more years of experience under our belts.”

“I was really disappointed when the show was canceled the first time around. When I found out we’d be making another attempt, I was super excited and spent forever practicing audition and callback material, although it helped that I still had most of it memorized,” Beeman said.

With book by Harvey Fierstein and music and lyrics by Alan Menken and Jack Feldman, Disney’s Newsies is presented through special arrangement with Music Theatre International.