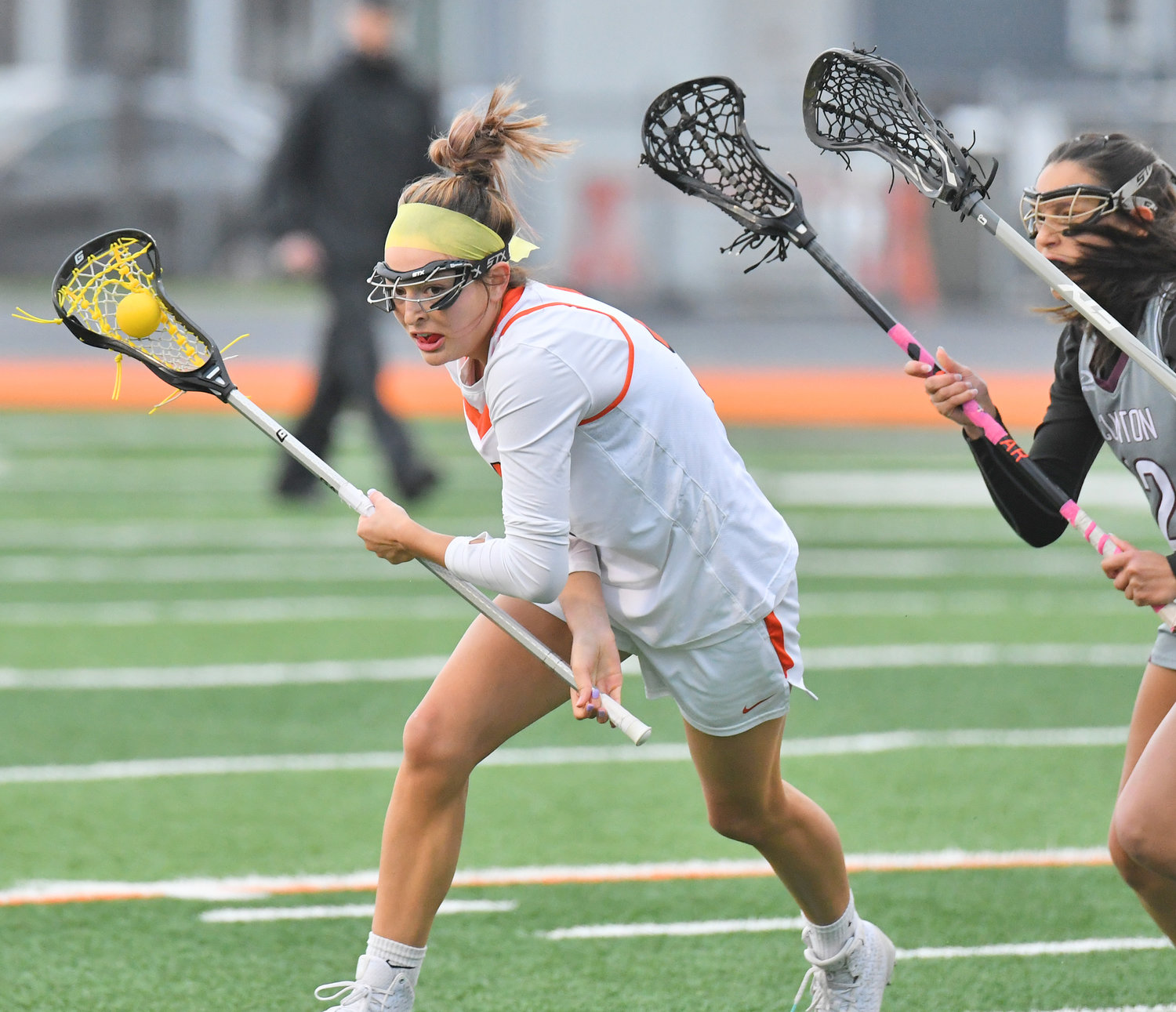 TOP SCORER — Rome Free Academy senior co-captain Alexandra Tapia moves with the ball while chased by Clinton defender Adelle Behara in the teams’ Tri-Valley League contest at RFA Stadium Thursday. The Black Knights won 13-7 and Tapia scored twice and added an assist. She is tied for the team lead with 10 goals through four games this season.
(Sentinel photo by John Clifford) 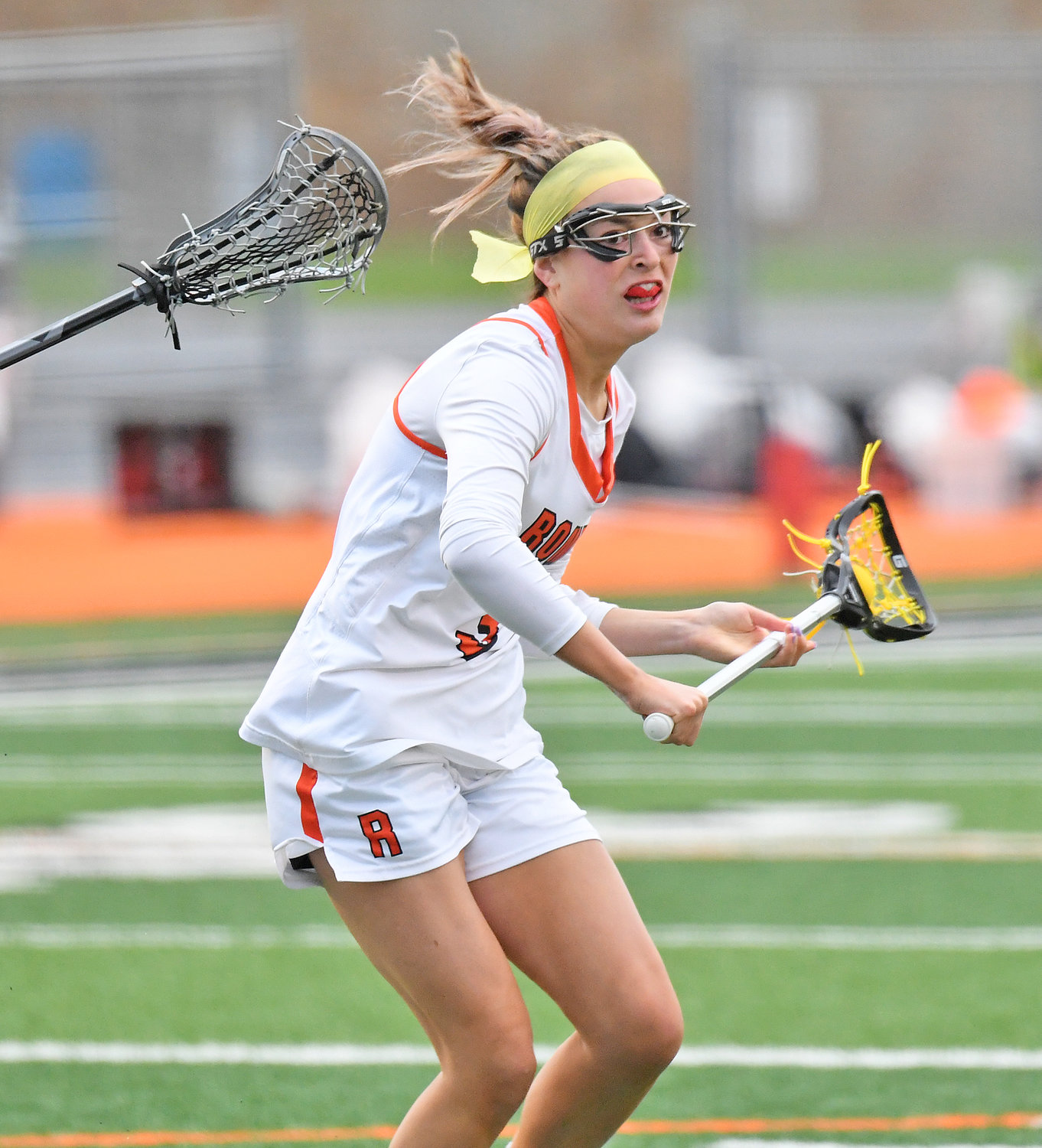 Tapia, a co-captain, also has three assists for the Black Knights, who are 2-2 on the season. She scored 32 goals and collected 10 assists last season, and was named as a first team Tri-Valley League all-star that season as well as the team’s offensive MVP.

The Knights travel to play East Syracuse-Minoa at noon Saturday in non-league play.

Tapia also had a successful indoor track and field season, named to the TVL Colonial Division’s first team as part of the RFA 800 relay team. She was also a second team all-star in the 55-meter hurdles. She was also the MVP of the gymnastics team. She’s also a member of the National Honor Society.

What kind of captain are you and do you like the role?

“I support my teammates on the sidelines,” she said. “I like having the leadership role of helping out my teammates and helping the team to win.”

What are your primary personal and team goals for this season?

Tapia said her personal goal is to lead the Tri-Valley League in goals this season. For the Black Knights as a team, the goal is simple: a TVL title. “Last year we came up short in overtime so we want it this year.” The Knights lost 8-7 against New Hartford in the final game of the regular season, giving the Spartans the TVL title.

What part of your game do you feel like you’ve improved the most?

As a lefty, Tapia said she’s worked to be a more balanced player by working on her right-handed plays.

She signed a National Letter of Intent to play lacrosse at Divison II College of Saint Rose in Albany. There she said she plans to study communications.

“Spending time with my family and friends,” and traveling.