REVIEW: ‘Thor: Love and Thunder’ doesn’t live up to the hype

The latest Marvel superhero movie — “Thor: Love and Thunder” — is a really good flick, but the pieces are there that it could have been a great one.

REVIEW: ‘Thor: Love and Thunder’ doesn’t live up to the hype 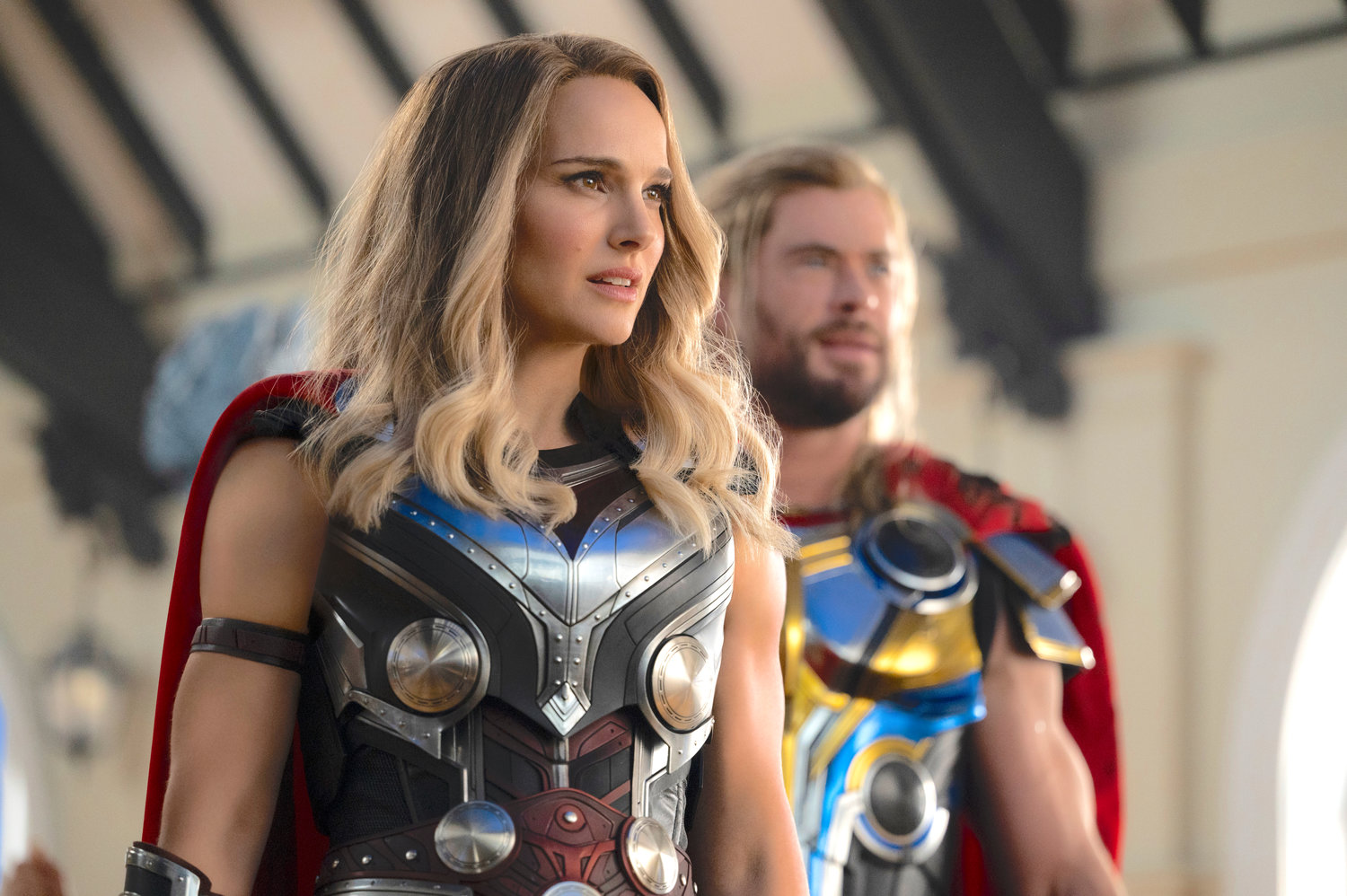 The latest Marvel superhero movie — “Thor: Love and Thunder” — is a really good flick, but the pieces are there that it could have been a great one. We’re all just going to have to be happy with a pleasant, enjoyable film that doesn’t quite live up to high expectations.

The Marvel Cinematic Universe is still going strong, with big box office returns and hotly anticipated new films. Many people have been looking forward to “Thor: Love and Thunder” because it is a direct follow up to the last Thor film — “Thor: Ragnarok” — which was also directed by Taika Waititi. But “Love and Thunder” just doesn’t live up to the hype, no matter how much fun it is on its own.

When the evil new villain, Gorr the God Butcher, threatens to live up to his name, Thor must gather friends, allies and fellow gods to stop Gorr’s reign of terror. But is Thor up for the fight when he’s having trouble finding himself?

No matter what else I may say in this review, “Thor: Love and Thunder” is a fun, colorful and energetic addition to the franchise with a lot of good humor and great action. The movie is a really entertaining watch, and is a fine addition to Marvel’s superhero movie dominance. The movie seems especially focused on being more for children this time around.

Actor Chris Hemsworth returns as the god of thunder and he’s clearly still having a blast as the character. More power to him. Christian Bale steps up as the villainous Gorr, and he and his makeup team create a truly monstrous foe. A lot of work went into making Gorr a memorable villain, and it shows.

The supporting cast is just as fun, especially the returning Natalie Portman, who is finally given a lot more to do as Thor’s primary love interest and now superhero partner. She gets a very touching storyline that adds some emotional heft to the overall adventure.

And that’s exactly what this movie is: an adventure. Everybody making the film seems to be having a great time as Thor and his friends go on an adventure to defeat the bad guy and save the day. There are jokes, cameos from other fan-favorite heroes, and an overall fine story about good triumphing over evil. It’s all pretty swell.

But part of me can’t help but feel that “Thor: Love and Thunder” could have been so much more.

The movie lacks depth. It doesn’t go to any great length to explore the themes that it sets up. Gorr, the villain, wants to butcher all gods because they’re arrogant jerks who never actually answer prayers. Is that true? How does that relate to Thor, the god of thunder? The movie never bothers to explore this idea. It doesn’t bother to explore a lot of the ideas it sets up.

“Thor: Love and Thunder” is content just being a fun and stylish adventure story, bringing this fan favorite superhero and his friends back to the big screen for another go around. To that extent, it’s a very good watch. Just don’t expect too many layers or any complex ideas to really make you think.

“Thor: Love and Thunder” is currently playing in theaters and is not yet available for streaming.

If you’d like to hear more about the film, check out the Sentinel Cinema podcast at: https://romesentinel.com/stories/thor-love-and-thunder,137820