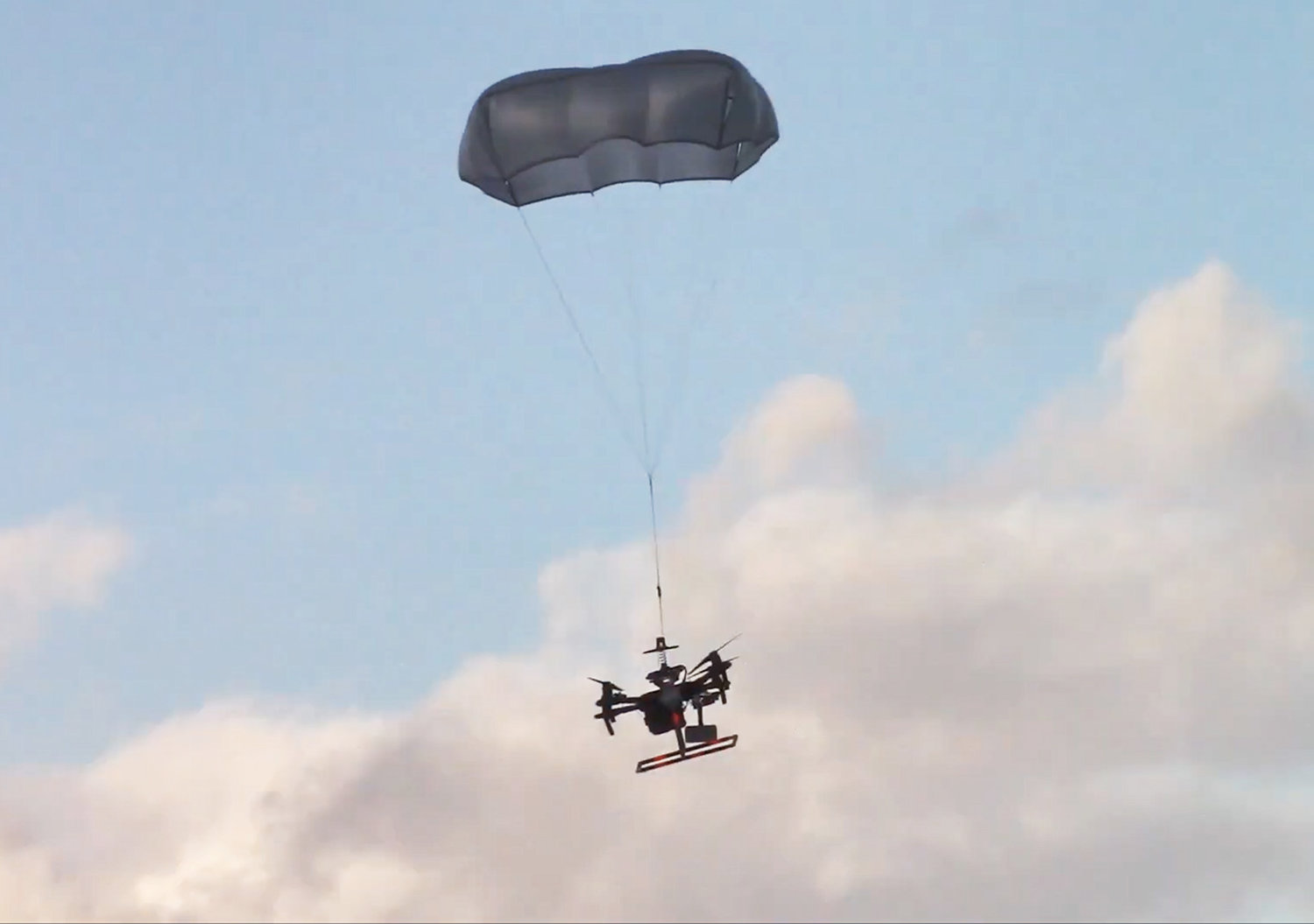 SAFE LANDING — A commercial drone descends with the aid of a parachute during testing at the unmanned-aircraft test site at Griffiss International Airport to validate a safety system made by Aerial Vehicle Safety Solutions. 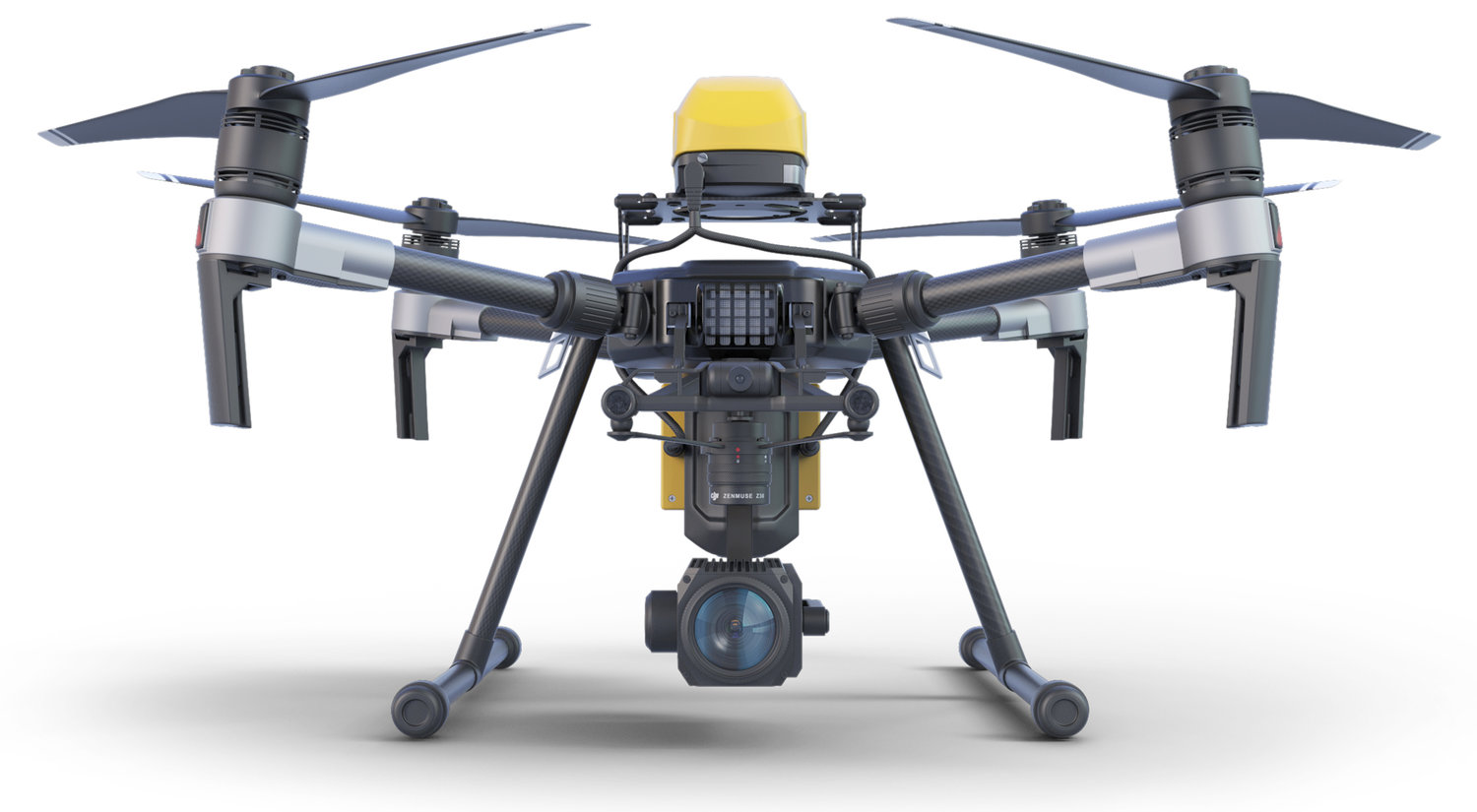 PARACHUTE EQUIPPED – A DJI M200 commercial drone is shown equipped with a parachute recovery system made by Aerial Vehicle Safety Solutions. The parachute system recently underwent more than 40 tests at the NUAIR drone test site in Rome to validate its performance and reliability for use on commercial drones in populated areas.
Aerial Vehicle Safety Solutions
Previous Next
Posted Wednesday, July 8, 2020 4:00 pm

The drone test site at Griffiss International Airport in Rome has validated a third parachute system for companies developing a safety standard to help advance commercial package delivery and flights over populated areas, the agency that runs the site announced.

NUAIR, Northeast UAS Airspace Integration Research, put the system made by Aerial Vehicle Safety Solutions through 45 tests to prove that the product complies with an international industry standard for parachutes for small unmanned aircraft.

This allows the company to fulfill pre-sales dependent on safety validation, according to the announcement of the successful project.

Professional drone operators can apply for a waiver from the Federal Aviation Administration’s rule that prohibits the flying of most drones over people if they can prove they have sufficient safety mitigations, including a validated parachute system.

Canada-based AVSS developed its system of hardware and software for The M200 series of large commercial drones made by the Chinese company DJI.

The system cuts power to the aircraft in the event of a malfunction, deploy the parachute and allows the drone to descend slowly and safely.

The Parachute Pod allows users to quickly swap it for use in the field without shipping and repacking it.

“After initial conversations with a few potential third-party test sites, it was clear that the team at NUAIR and the New York UAS Test Site were knowledgeable, helpful, and pragmatic,” said AVSS chief technology officer Josh Boudreau.

“We believe the New York UAS Test Site has set the gold standard for test sites and would highly recommend any company looking to complete their third-party testing to contact the NUAIR team,” the AVSS chief technology officer added.

The test site is owned by Oneida County and located at Griffiss, the former Air Force base that also serves as the county’s main general-aviation airport, and which the county and state are developing as a proving ground for the drone industry.

It is managed by NUAIR, a not-for-profit organization that oversees the test site and range, one of seven designated across the country by the FAA for drone development and testing outside line of sight.

“Unlocking the full capabilities of commercial drone use is dependent on the continued development of these safety standards and having a place where companies can have their product validated to those standards,” said NUAIR Chief Operations Officer Tony Basile.