The Tailor and Cook has a recipe for success

During its decade-long history, The Tailor and the Cook, Utica’s esteemed farm-to-table restaurant, has followed a course from local recognition to national renown.

The Tailor and Cook has a recipe for success 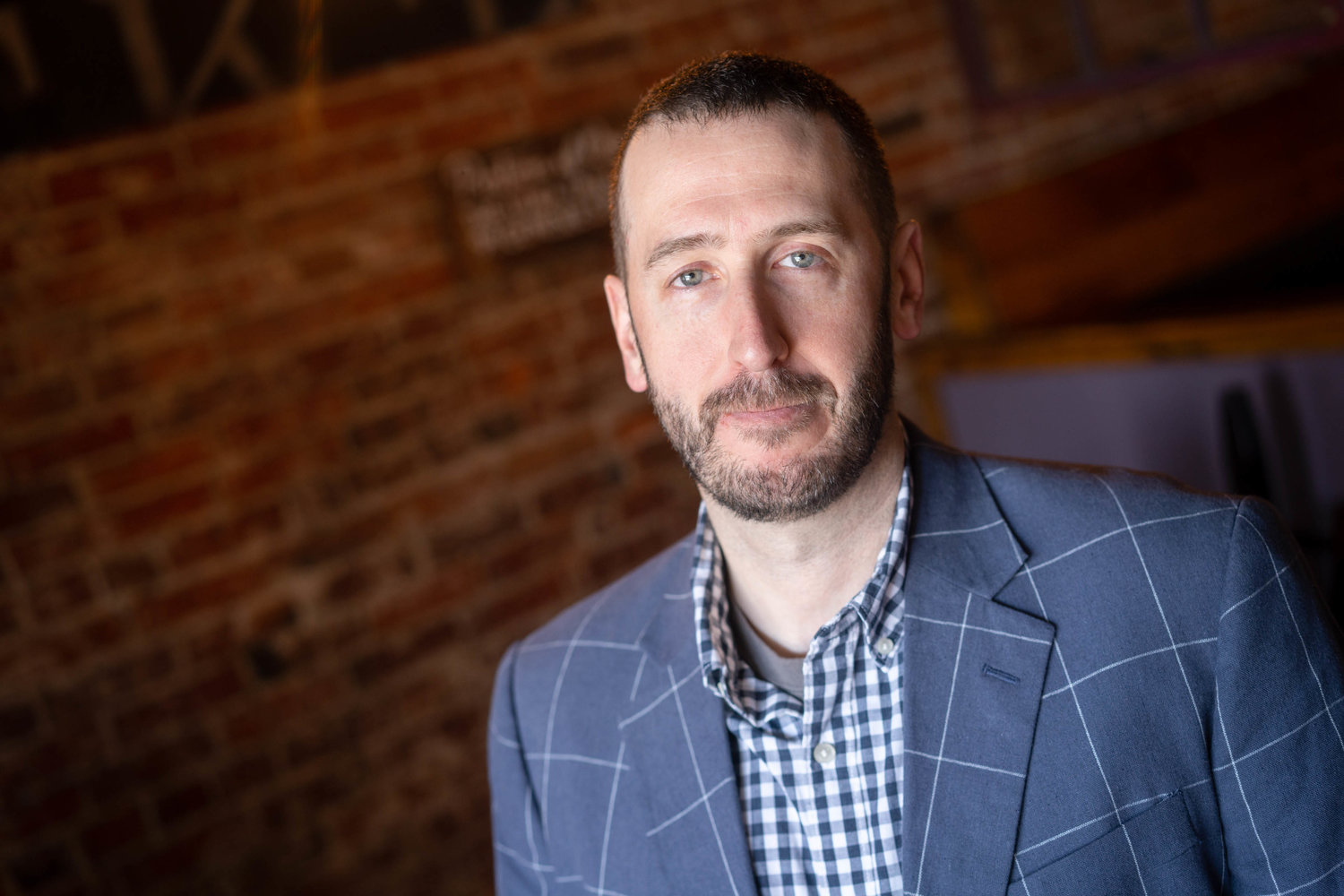 Tim Hardiman, owner and executive chef of The Tailor and Cook in Utica.
(Photo submitted) 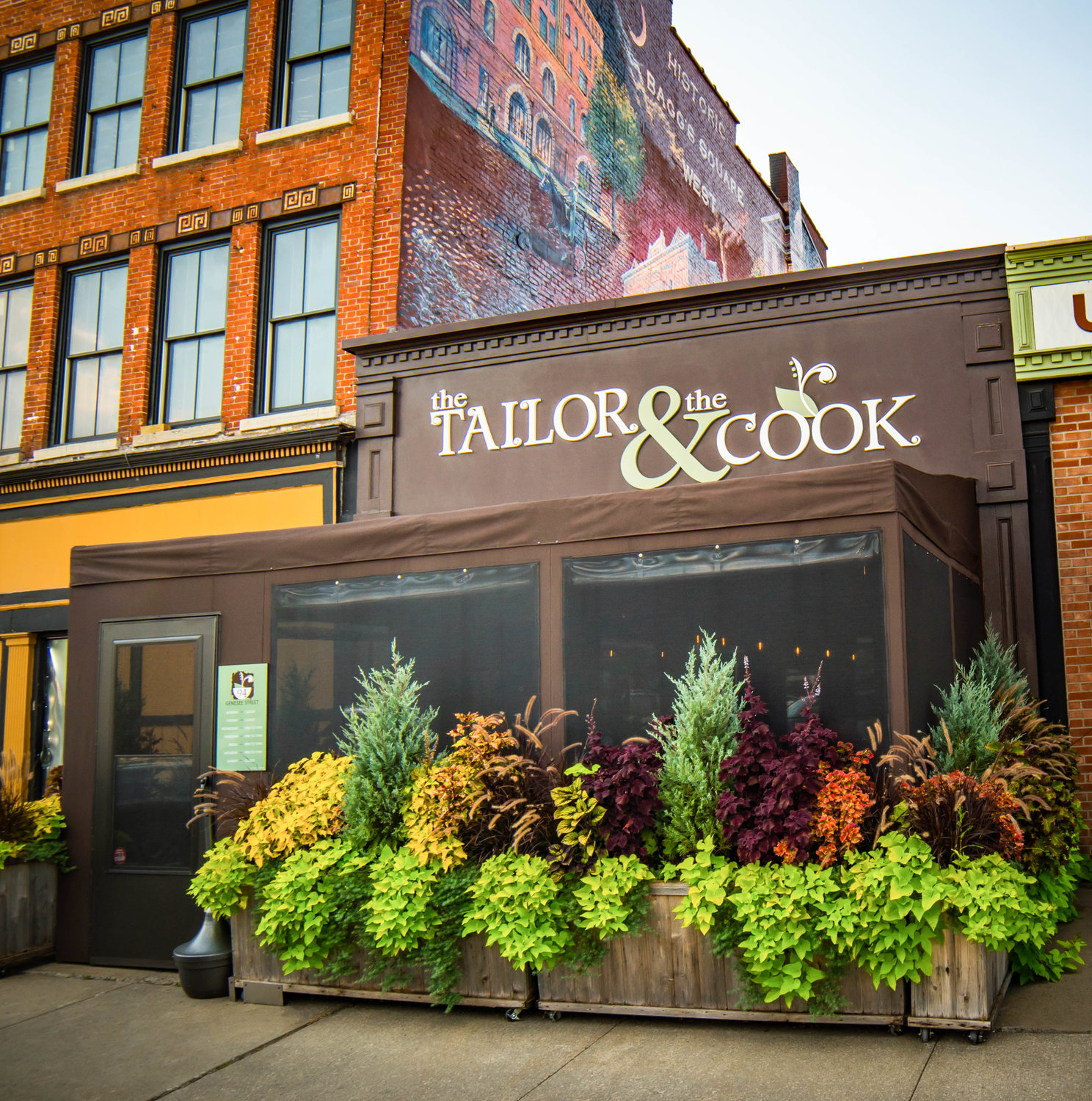 The Tailor and the Cook is a farm to table eatery located in Historic Bagg’s Square at 94 Genesee St. in Utica.
(Photo submitted)
Previous Next
Posted Thursday, November 3, 2022 9:30 am
IF YOU GO

The Tailor and the Cook

UTICA — During its decade-long history, The Tailor and the Cook, Utica’s esteemed farm-to-table restaurant, has followed a course from local recognition to national renown.

In 2014, just two years after opening its doors at 94 Genesee St., OpenTable included the eatery on its esteemed Top 100 Restaurants list. “That recognition is tremendously humbling, but it probably ensured our success. I’m not sure we would have made it this far otherwise,” states owner and executive chef Tim Hardiman, adding appreciatively, ‘’Besides, it felt like a nice pat on the back.”

The accolades kept coming — for four consecutive years, the restaurant was named as one of DiRoNA’s Distinguished Restaurants of North America, one of only 700 restaurants in America to land on this exclusive list; this year, Wine Spectator magazine chose it for its Award of Excellence.

They developed relationships with the people who produced their food ... they asked the farmers questions.” He adds reflectively, “In two generations, we have unfortunately moved away from that practice.”

He is encouraged, however, by the increasing popularity of farmers markets and food co-ops over the past 10 years, and estimates that 50 percent of his customers patronize the restaurant specifically because he purchases ingredients locally from growers committed to providing healthy, sustainable produce.

Almost daily, more than 50 vendors supply the restaurant with vegetables, honey, meat, and cheese, as well as other staples.

“Maybe our restaurant had a part in that resurgence. People are paying attention to the sources of their food, which benefits our cause,” he notes.  He also feels lucky to have a reliable supply chain. Other businesses that rely on large suppliers often have problems with delivery, leaving the owners scrambling to find alternatives.

“Our menu navigates around the seasons and what Mother Nature provides,” offers Hardiman. In the fall, for example, preparations include figs, apples, and pears; scallops are paired with spaghetti squash. As temperatures drop, New England-style clam chowder, made with a dozen steamed clams, white wine, cream, and larger chunks of vegetables, becomes a popular addition, and entrees are seasoned with warmer, more aromatic spices such as chiles, cumin, cinnamon, and nutmeg. In late spring, peas, fiddlehead greens, ramps (wild leeks), and asparagus feature prominently on the menu.

There is an exception to the “fresh-only” rule; vegetables are served out of season when they have been preserved —  frozen, pickled, canned, or dehydrated —  on-site. Hardiman estimates that his staff preserves thousands of pounds of tomatoes and hundreds of ears of corn each summer.

New Hartford residents Drs. Atul and Amita Butala are repeat customers of the establishment. “As strict vegetarians, we have always been able to choose from a variety of dishes on the menu, and the staff prepares the food to suit our taste,” Amita states approvingly. “We highly recommend the restaurant for its delicious food and excellent service.”

As Amita’s observations illustrate, The Tailor and the Cook make dietary restrictions a priority. “Half the items on our menu are vegetarian, so we consider ours a vegetarian restaurant that serves meat. Many of our dishes include meat as a component, but it’s not always the focus and can also be left out, depending on the customer’s preferences, and we 110 percent make accommodations for them,” Hardiman affirms, adding that advance notice about such dietary issues is greatly appreciated.

The owner and his wife, Melissa, have experienced firsthand the truth in the adage “You are what you eat.” When Fionn, their first-born, was an infant, he suffered severe food allergies, which led the couple to diligently monitor their diets. They concluded that processed foods triggered the gastrointestinal issues and decided to incorporate fresh, locally sourced ingredients into their meals.  Hardiman reports that “Fionn is now a healthy 13-year-old without any food allergies, as is his younger brother, Asa.”

Hardiman ensures that his suppliers are as committed to providing healthy food as he is to serving it to his customers. For example, he purchases “heritage pork” from Slate Creek Farm in Barneveld, where the animals are fed nutritious soy, wheat, and corn — as he points out, “the way it was done more than 100 years ago.”

He attributes a “huge part” of the restaurant’s success to his calculated decision to pair fresh local ingredients with exceptionally high-quality regional wines, noting that the eatery’s wine list is almost entirely based on New York-state selections that include more than 60 wineries. “Some considered that a foolhardy decision, but the Finger Lakes and Long Island produce world-class wines. It makes perfect sense to support both the area’s outstanding food and wine producers,” he declares.

Upcoming plans include relocating the restaurant this spring to the first floor of 311 Main Street in Utica, formerly the Children’s Museum. Hardiman highlights the move’s many advantages, including the building’s close proximity to the train station and easy accessibility; tall windows that provide bright natural light; and floor space approximately five times larger than their present location. In addition, the newly designed seating arrangement will feature “two concepts under one roof” — the bar section, which will accommodate 100 patrons seated on a first-come-first-served basis, will serve burgers, sandwiches, and cheese boards, among other casual fare; and the formal dining area, with seating for 50, will continue to offer the current menu’s high-end, locally-sourced cuisine. Reservations are recommended.

Then, as now, The Tailor and the Cook will continue to follow Hardiman’s prize-winning recipe for success: “I believe hospitality must be all-inclusive. I want to entice everyone — neighbors and people in the community — to savor the farm-to-table food we prepare as a labor of love.”