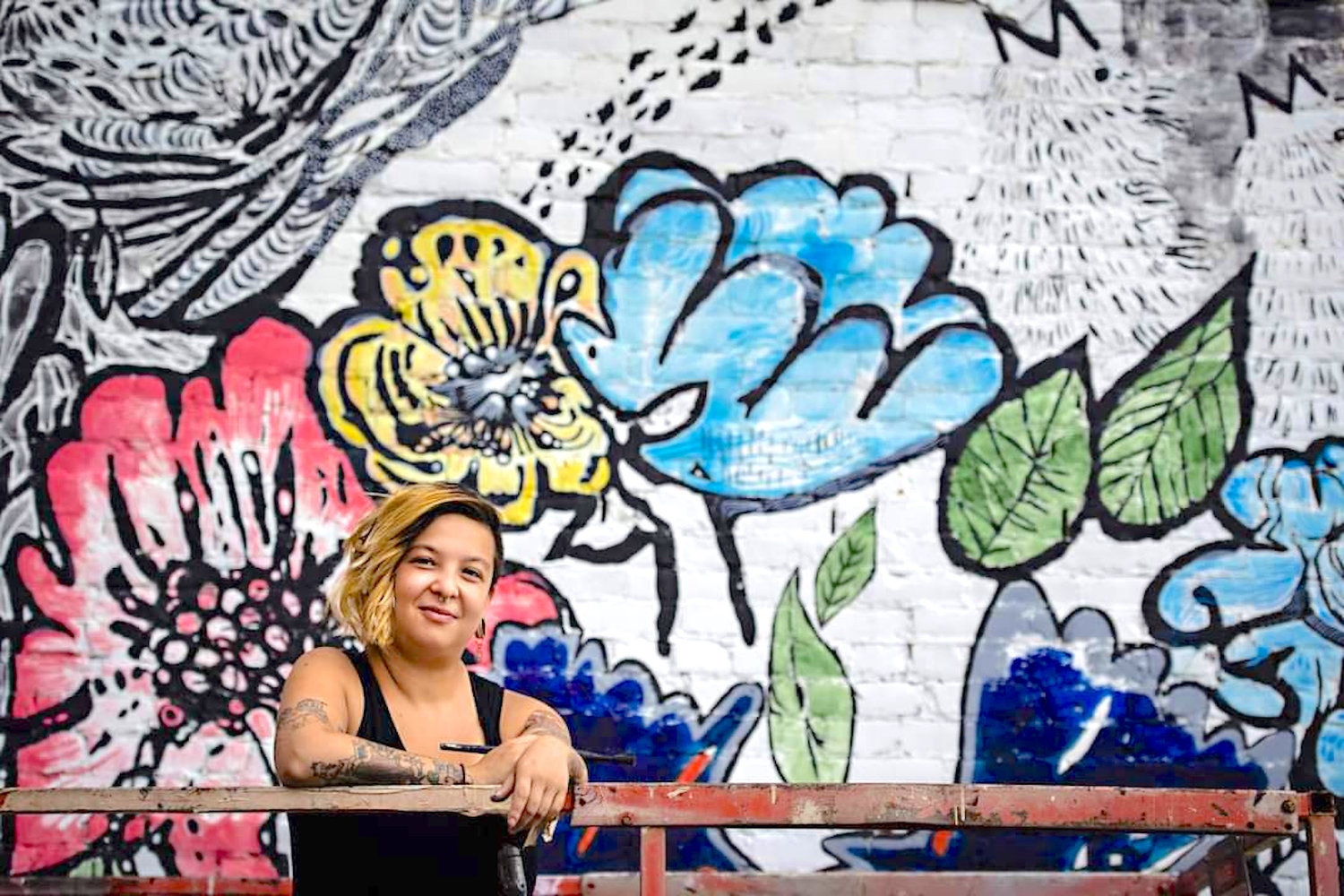 Keren Vita will display her artwork on Thursday, June 9, in the lobby of The Stanley Theatre in Utica.
(Photo submitted)
Posted Sunday, June 5, 2022 10:00 pm

UTICA — The Stanley Theatre, 259 Genesee St., will open its doors for “An Evening With Keren Vita” from 5 to 7:30 p.m. Thursday, June 9. Vita, a Utica-based artist, will display her various works of abstract art in the lobby.

Patrons can expect passed hors-d’oeuvres, catered by Joey’s 307, as well as a cash bar offering specialty cocktails and other beverages. Gabe Altamuro, also known as DJ Ease One, will be providing music for the event. There will also be a raffle for a one-of-a-kind tattoo created and tattooed by Vita herself.

Vita, 33, is a notable force in Utica’s art scene. Coined as an “illustrator, painter, fiber artist, muralist, musician, curator, designer and tattoo apprentice,” Vita does it all. She credits her ability to express her creative freedoms from a young age as the main catalyst behind her artistic journey.

In 2020, Vita was commissioned to paint a mural on the back of the Adirondack Bank on Genesee Street in Utica. The mural contained a large portrait of a peregrine falcon, which honored the breed who consecutively nested on the top of the building, as well as a rendering of The Stanley Theatre. Unfortunately, the mural was defaced just mere weeks before completion; this did not discourage Vita, who worked tirelessly to correct and complete the mural.

When not creating beautiful works of art, Vita is a tattoo apprentice at Infinite Visions Reborn in Utica. Vita calls her type of tattooing “scribbage, or scrib for short.” She specializes in black and white line art.