The New York State Fair is a culture all its own, filled with microcosms ... 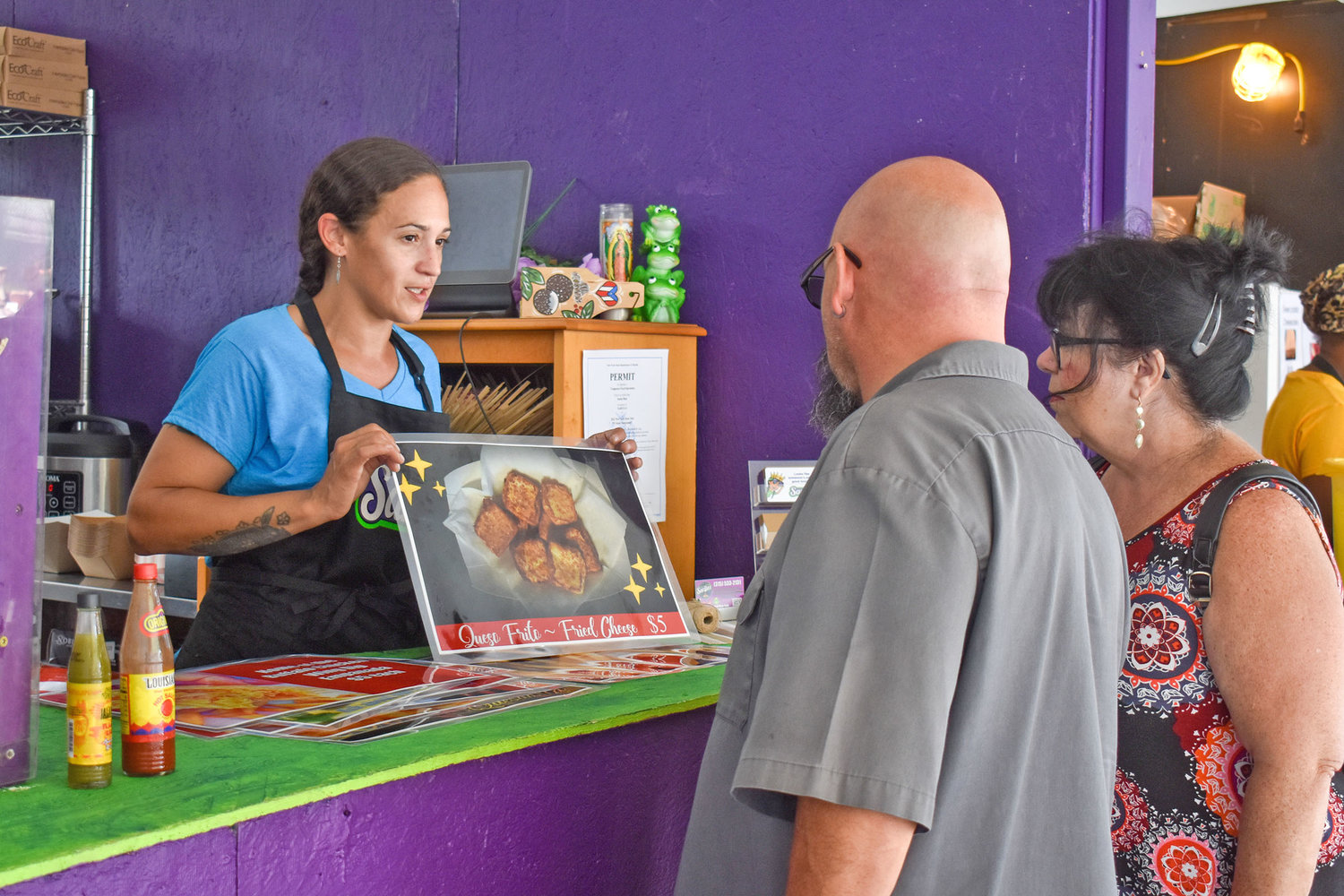 Sarita Ruiz, owner of Sarita’s and a Rome native, offers “Spanish food with an American twist” in the Pan-African Village.
(Sentinel photo by Carly Stone) 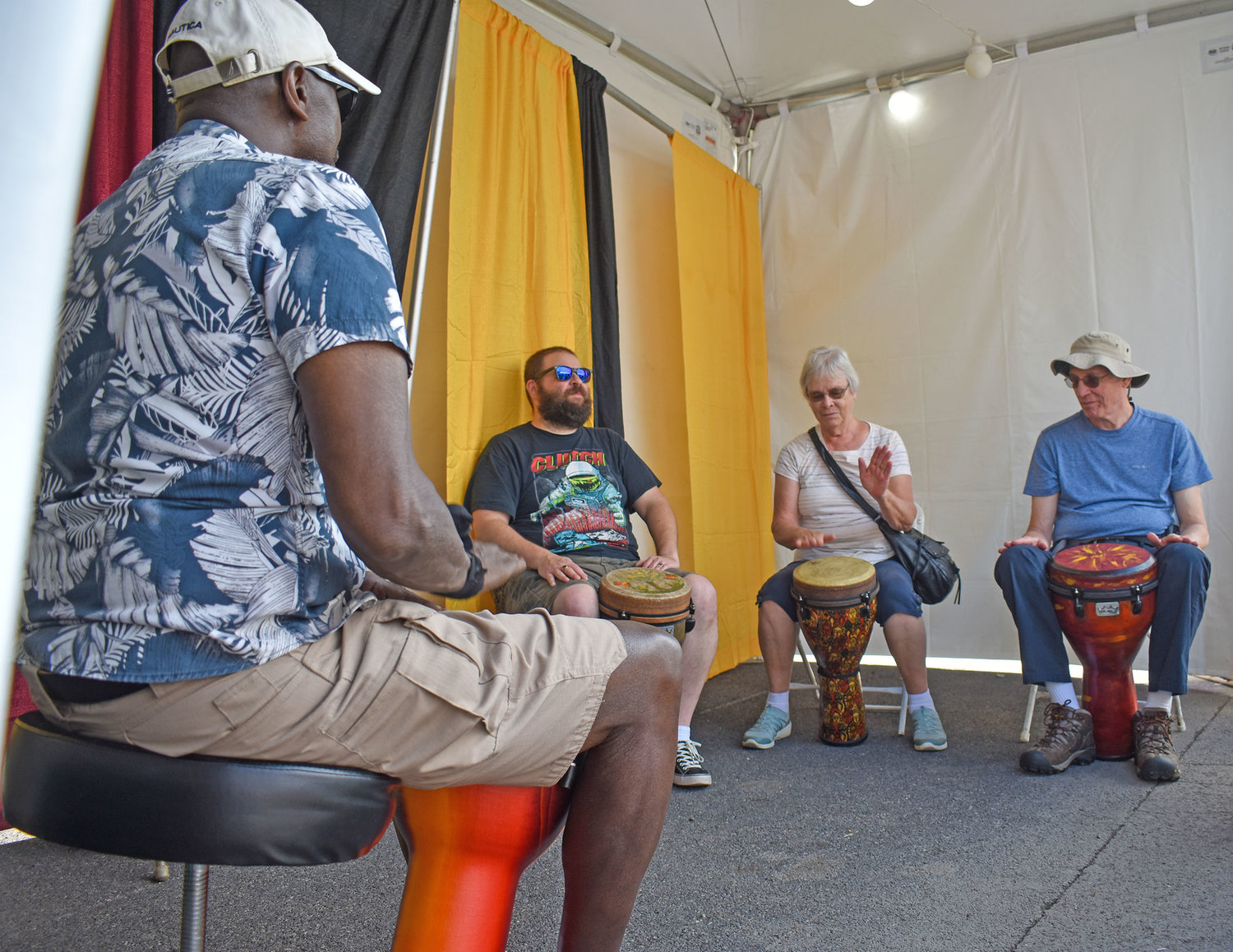 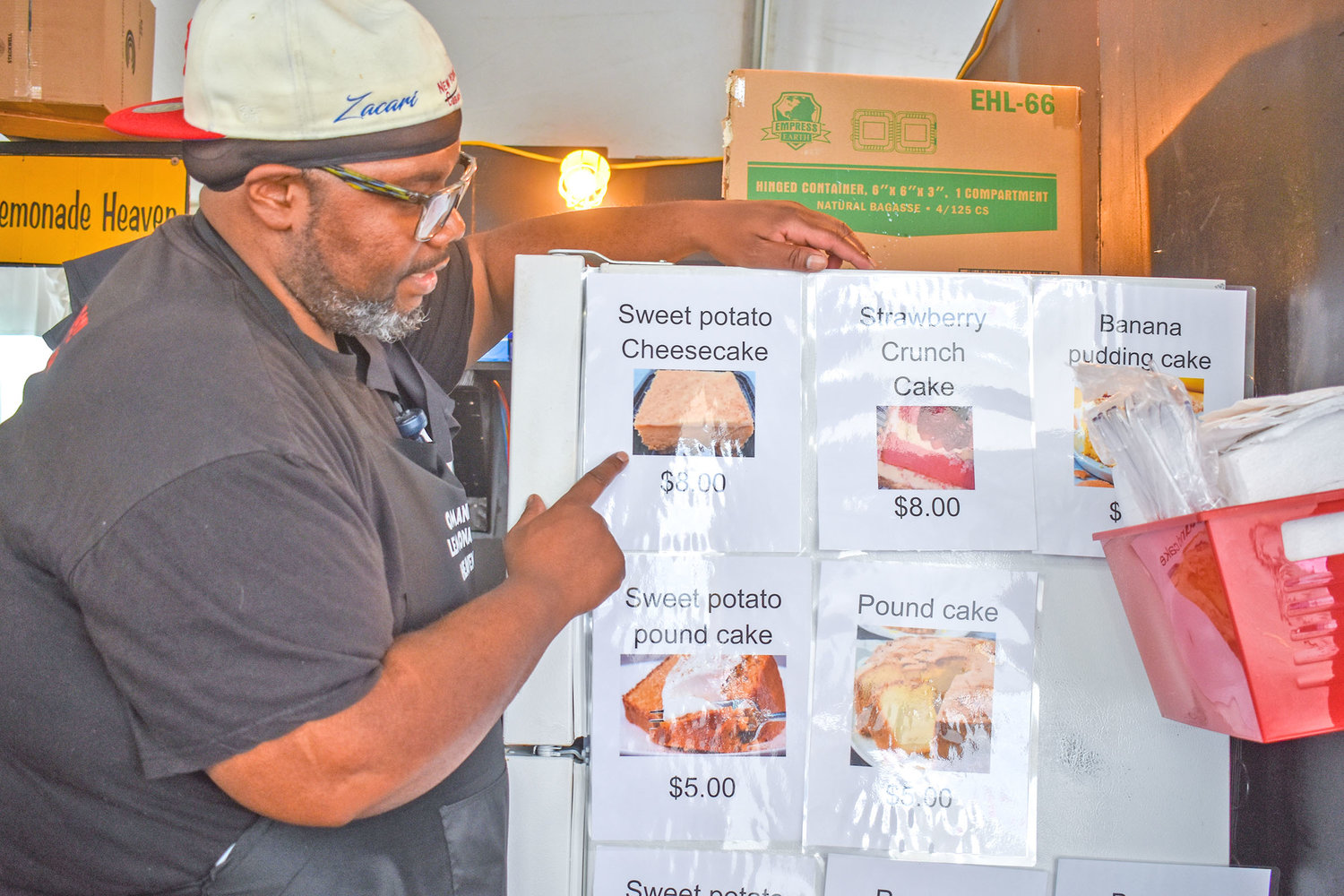 Ashanti Dickerson, owner of Omanii’s, shows off his dessert menu that specializes in sweet potatoes. A new menu item is strawberry crunch cake, which emulates the classic ice cream on a stick in the same color and flavor.
(Sentinel photo by Carly Stone) 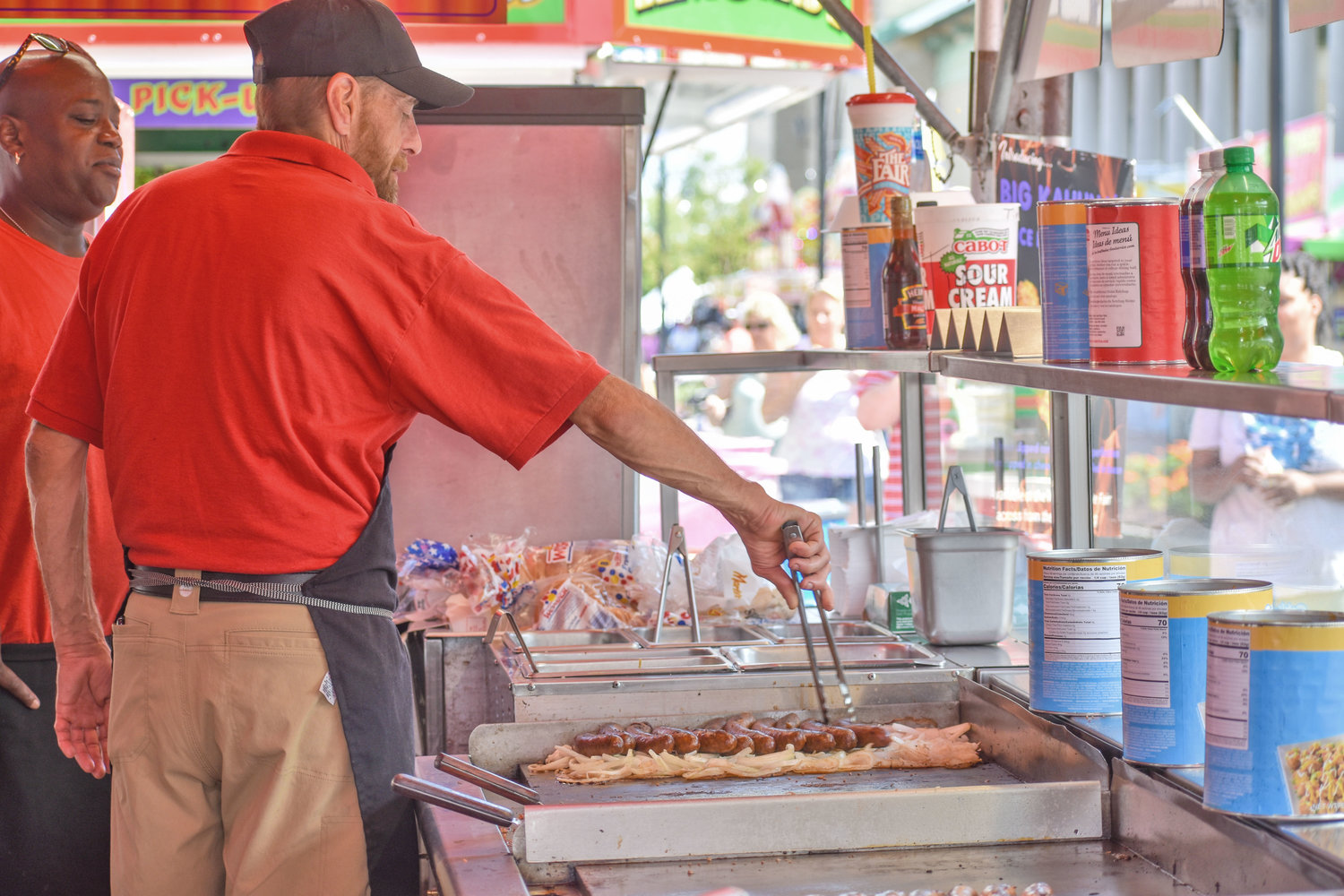 Big Kahuna’s offers the popular Basilio-Buda sausage made in Canastota, seen cooking on the grill.
(Sentinel photo by Carly Stone) 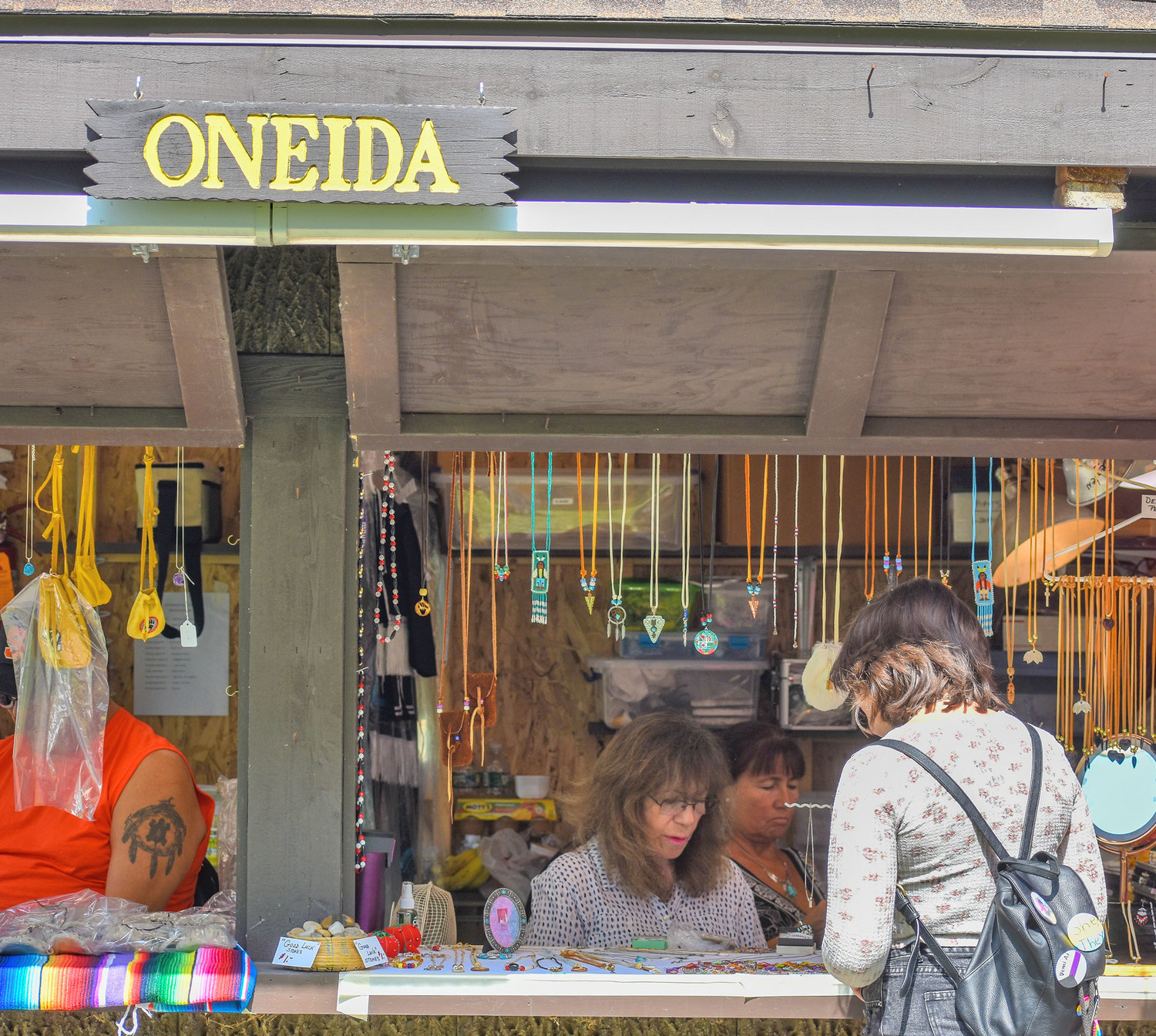 GEDDES — The New York State Fair is a culture all its own, filled with microcosms from many walks of life. While you can find different cultures by simply walking around, intentionally curated cultural areas draw a certain focus to the fair’s diversity.

A tour of the Pan-African Village will greet visitors with food, music, and crafts. You can take part in the hand drum workshop hosted by local musician John Heard, every day from 10 a.m. to 5 p.m., or browse some of the many handmade goods available nearby. Other types of music are performed on a daily basis, with details available on the visitor’s map.

In the Pan-African Village of the fairgrounds, Rome native Sarita Ruiz cooks up “Spanish food with an American twist” via her business, Sarita’s.

“The Pan-African Village has the best music in the fairgrounds,” Ruiz said of the area where she has been cooking for the last four years. “It feels like family.”

Her Puerto Rican-inspired menu features personal favorites such as the Cuban quesadilla and beef empanadas.

“I never planned on being a chef,” Ruiz admitted. “I’m a businesswoman.” While working at a Spanish restaurant, she noticed that people were coming in just for the empanadas. “I wanted empanadas to be the next slice of pizza,” she said. When Sarita’s isn’t at the fair, it’s serving people all over New York via food truck.

Also in the Pan-African Village is Omanii’s, serving up American southern cuisine and drinks — they’re particularly known for their lemonade. Owner Ashanti Dickerson shared that sweet potatoes are a specialty, and not only that, but his menu has plenty to offer for vegans and vegetarians. The family business has attended the fair for 27 years.

With grass beneath your feet and trees overhead, the Indian Village, located on the other side of the fairgrounds, offers a different setting than pavement and temporary tents. There you’ll find people dressed in traditional Native American attire and booths representing several of the Indian nations in New York, including the Oneida Nation. Guests can also try their hand at archery. A replica of a 17th-century longhouse is the centerpiece of the area.