Over two weeks after celebrity Chef Robert Irvine and his team revamped The Balanced Chef, 242 W. Dominick St., owner Brian Donovan feels optimistic about the future of his business. 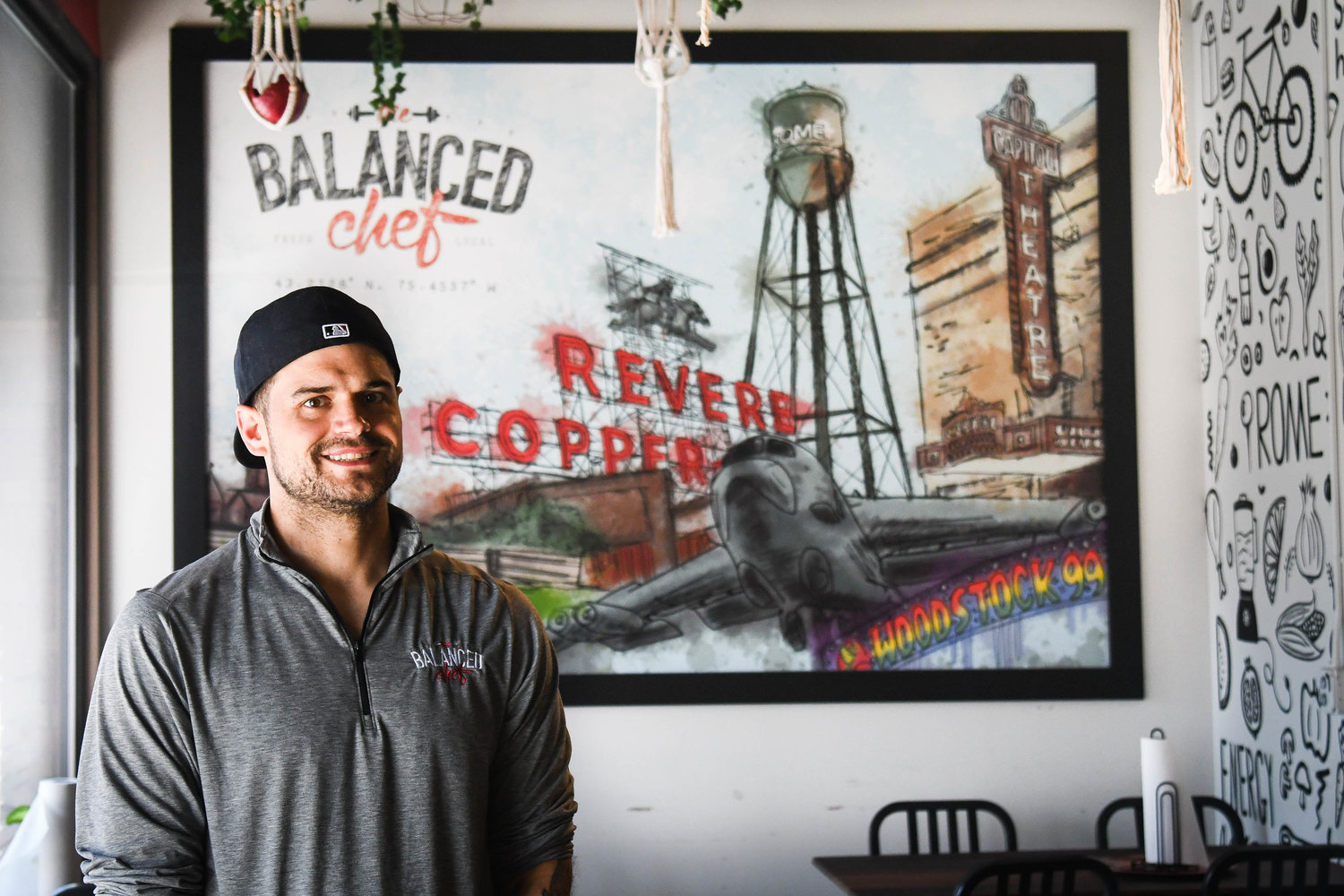 Brian Donovan, founder of The Balanced Chef, has been in business since 2015 and has provided readily available, healthy fast food for people in the area and state. This photo was taken prior to The Balanced Chef’s transformations as a part of the Food Network TV show, “Restaurant: Impossible.”
(Sentinel photo by Alex Cooper) 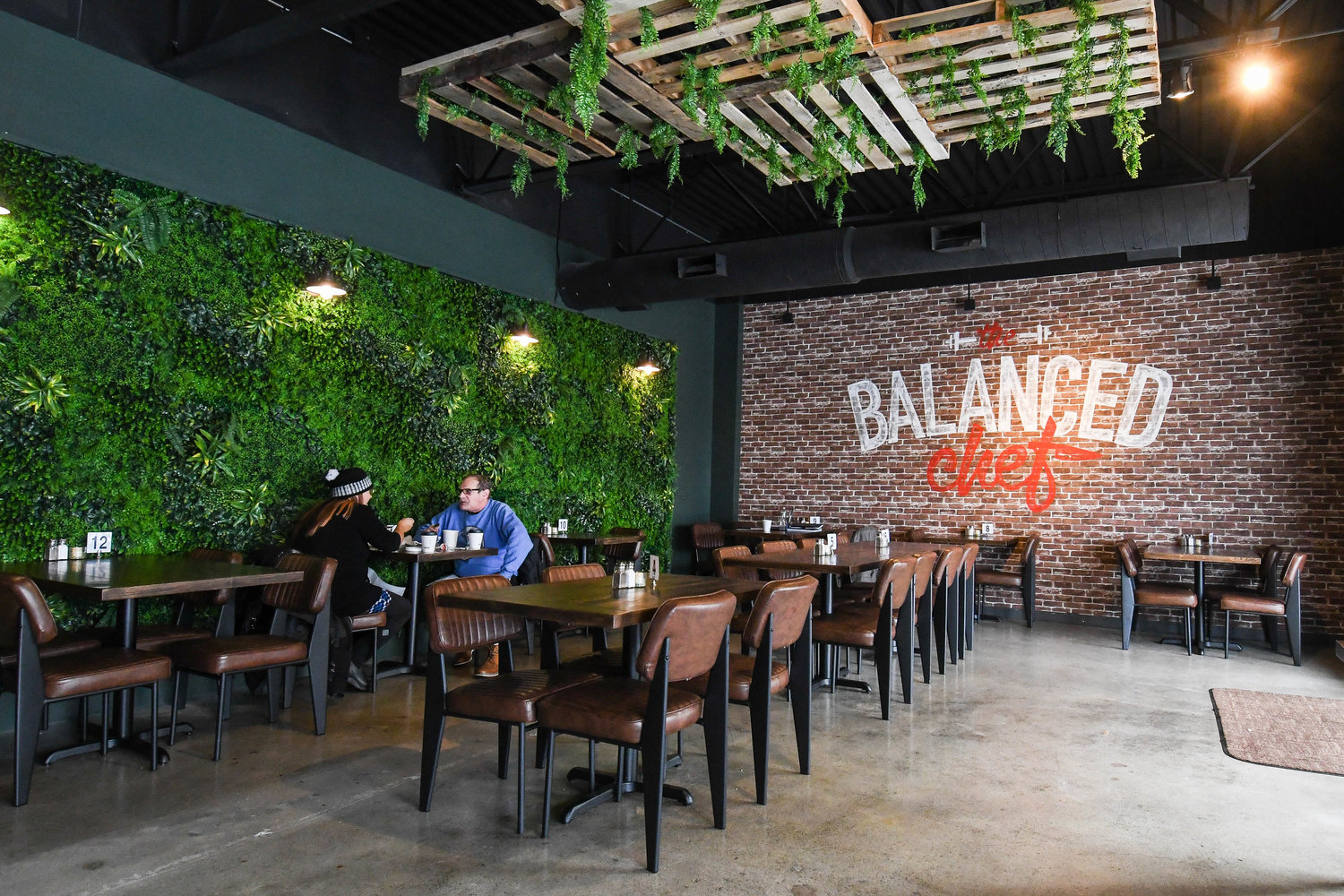 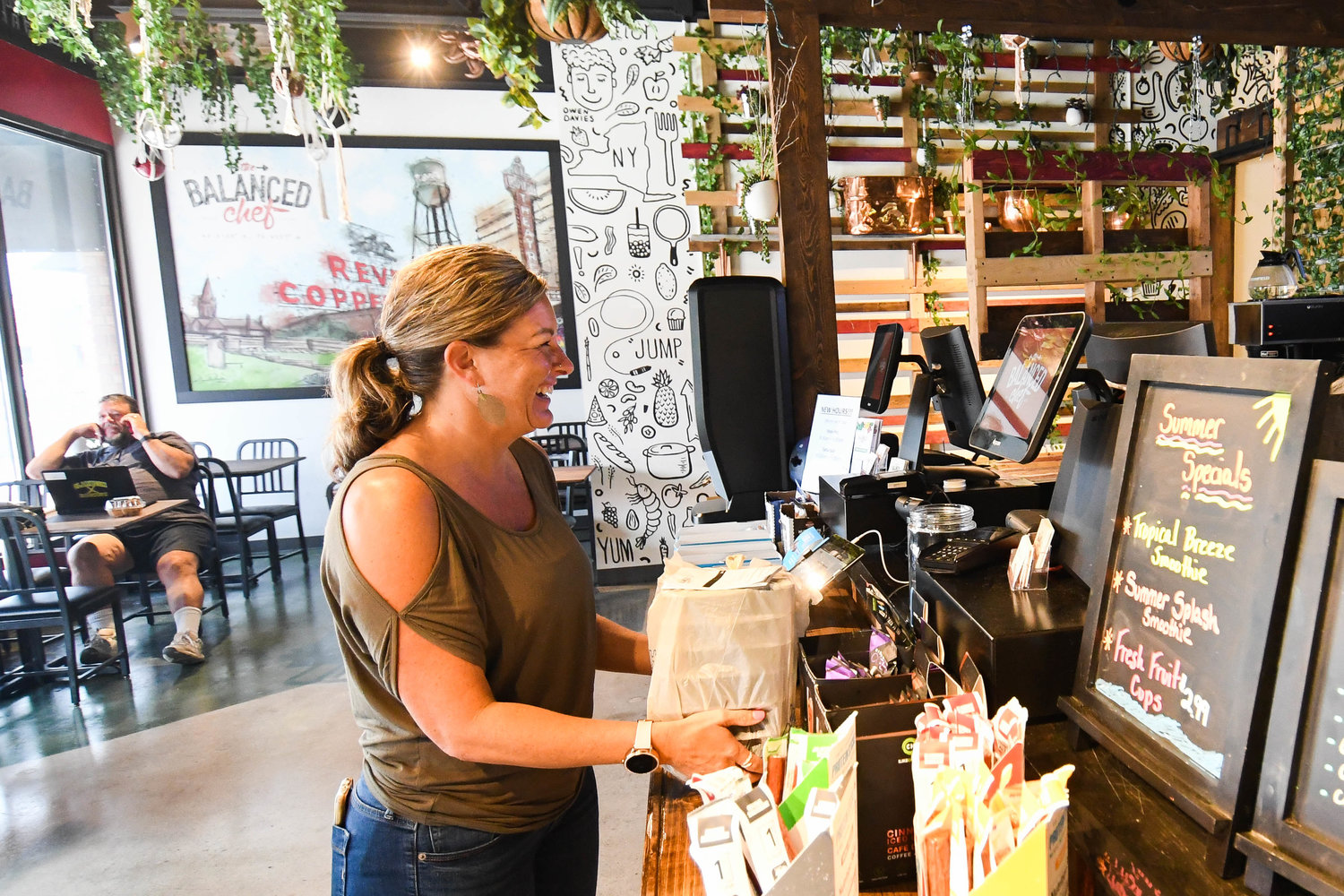 A look at The Balanced Chef on West Dominick street before the Food Network TV show "Restaurant: Impossible" redid the interior. Kendra Kleban picks up an order inside the Balanced Chef in June of 2022.
(Sentinel photo by Alex Cooper)
Previous Next
Posted Tuesday, November 29, 2022 10:20 am
More information

The Balanced Chef is currently seeking prep cooks, chefs, and dishwashers. Benefits include competitive pay, a 401K, and more. Email owner Brian Donovan at brian@balancedchef.com to seek a position.

ROME — Over two weeks after celebrity Chef Robert Irvine and his team revamped The Balanced Chef, 242 W. Dominick St., owner Brian Donovan feels optimistic about the future of his business.

The Balanced Chef was created in 2015 with a vision of making fast food healthy with portion controlled ready-to-eat meals.

The storefront opened in 2021.

After coming across a Facebook post, Donovan applied to be on Irvine’s Food Network reality TV show, “Restaurant: Impossible” in an attempt to find more security in his nearly eight-year-old company.

His business wasn’t on the verge of collapse, 38-year-old Donovan explained, but ensuring its success in the years to come was proving difficult if something didn’t change.

Donovan was diagnosed with brain cancer in January 2020, and he underwent surgery a week later to remove the tumor from his left frontal lobe. He’s been cancer free for nearly two and a half years. But ever since his diagnosis, life hasn’t been the same.

“I’m not the same person I was before,” Donovan said. Having cancer has affected his personality, decision-making, anxiety, and the logistics of his day-to-day, he shared. “I could handle all of this on my own no problem [before]. Now I need help.”

On top of all that, his meal service had focused on gym clientele — but suddenly faced difficulties during COVID-19 shut downs. Inflation has also been a challenge for the entrepreneur, as it has been for everyone, he said.

With Irvine’s guidance, The Balanced Chef will now focus more on quality with some changes to the menu while still focusing on providing grab-and-go meals and online ordering through balancedchef.com. Dishes created by Chef Irvine like pan-seared salmon and couscous royale are expected to be available for online order soon.

Another change will be more attention to in-house service in the future. Donovan also voiced the possibility of a limited alcoholic beverage menu becoming available for consumption in-house.

Physical changes to the restaurant since Irvine’s visit include a new layout, tables, and chairs for a cozier feel.

“I’ve never felt the business being in a better position than it is right now,” Donovan said of what’s ahead.

Although, it won’t be without its challenges.

Overall, there are a lot more decisions to be made about how to move forward after the Food Network show’s transformations, including a potential shift in hours to target more dinner service.

Operationally, The Balanced Chef will need to transition to accommodate more in-house meal service, which would mean the addition of food runners and dishwashers.

Donovan said being on the show was a surreal experience. It felt “awesome” and at times, like a lot to take in. “I can’t stress enough how grateful I am for everything,” he said.

Though public support has been largely positive, but there has been some criticism.

The Balanced Chef has also received grant funding in the past: $30,000 from the Community Foundation in 2017 and $50,000 from the City of Rome in 2019, which has caused some to question the company’s need for further aid — but many people don’t understand the business costs, Donovan said. It cost him $106,000 to build out the location on West Dominick alone, he said, adding that he’s spent thousands out of his own pocket.

And while the Food Network ultimately chose his restaurant, the application was open to anyone, he pointed out. The application process was also extensive, including financial reports, photographs, and why he thinks his company should be chosen.

The episode of “Restaurant: Impossible” featuring The Balanced Chef is expected to air in February or March of 2023.

Excited for what’s to come, Donovan said he is actively looking for investors in his business. “I feel like the business is kind of on this rocket ship that’s ready for launch,” he said with enthusiasm.