Teugega Country Club: Restoring the past to preserve the future

(First in a Series) The weather is getting warmer and some of us are itching to play more and more golf. I had the chance to get out and play Teugega Country Club earlier this week. But not only did …

Teugega Country Club: Restoring the past to preserve the future

WHAT A VIEW — Teugega Country Club from the 7th hole tee on Wednesday afternoon. The course was designed by Donald Ross in 1921. Next summer, July 2, 2021, will be the 100th birthday of the club.
(Sentinel photo by John Clifford) 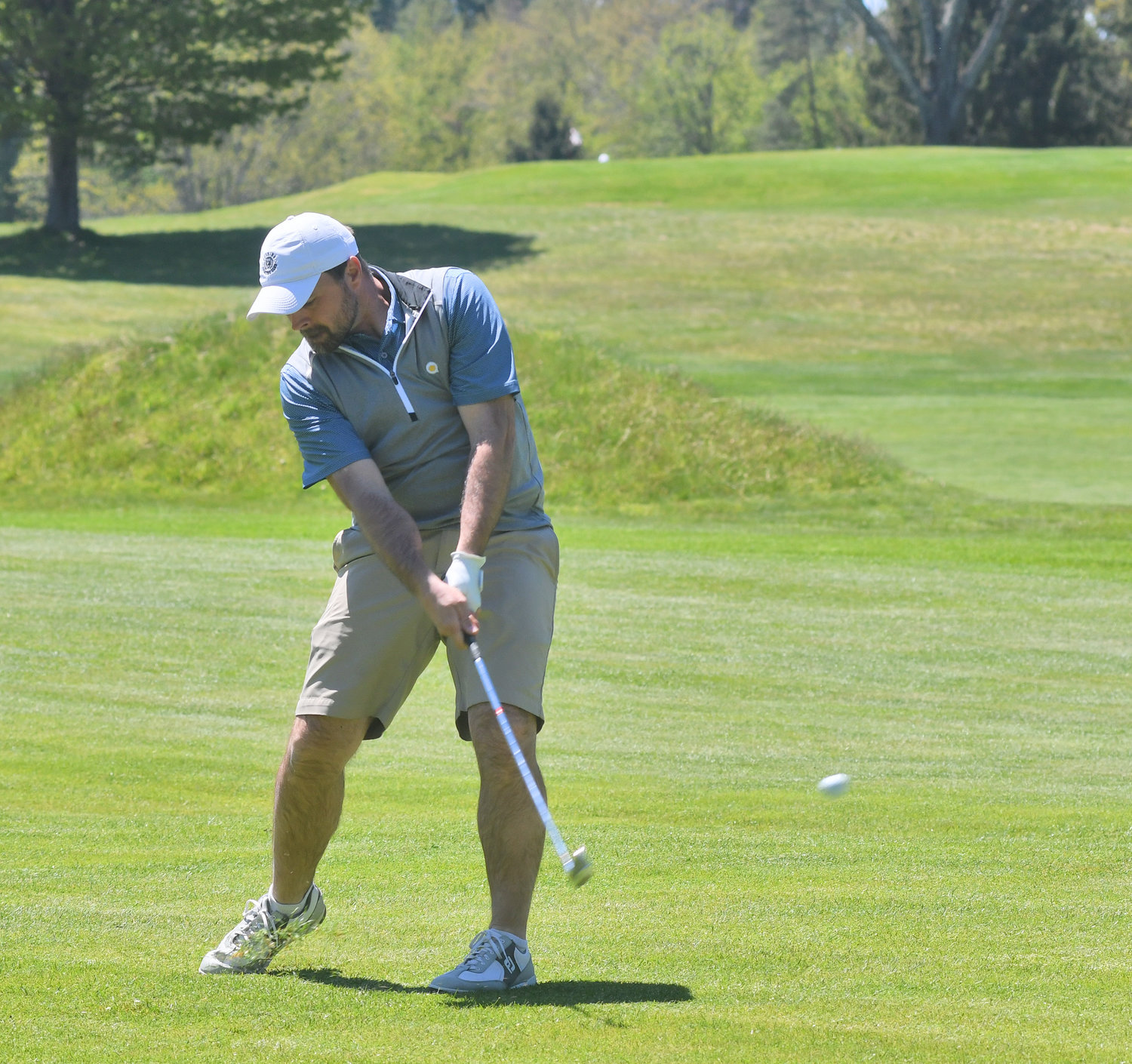 FOLLOWING THROUGH — Teugega Country Club superintendent Ian Daniels hits an iron shot onto the second green Wednesday afternoon. In the fun round, Daniels shot a 72, with an eagle on the par 5 18th hole.
(Sentinel photo by John Clifford) 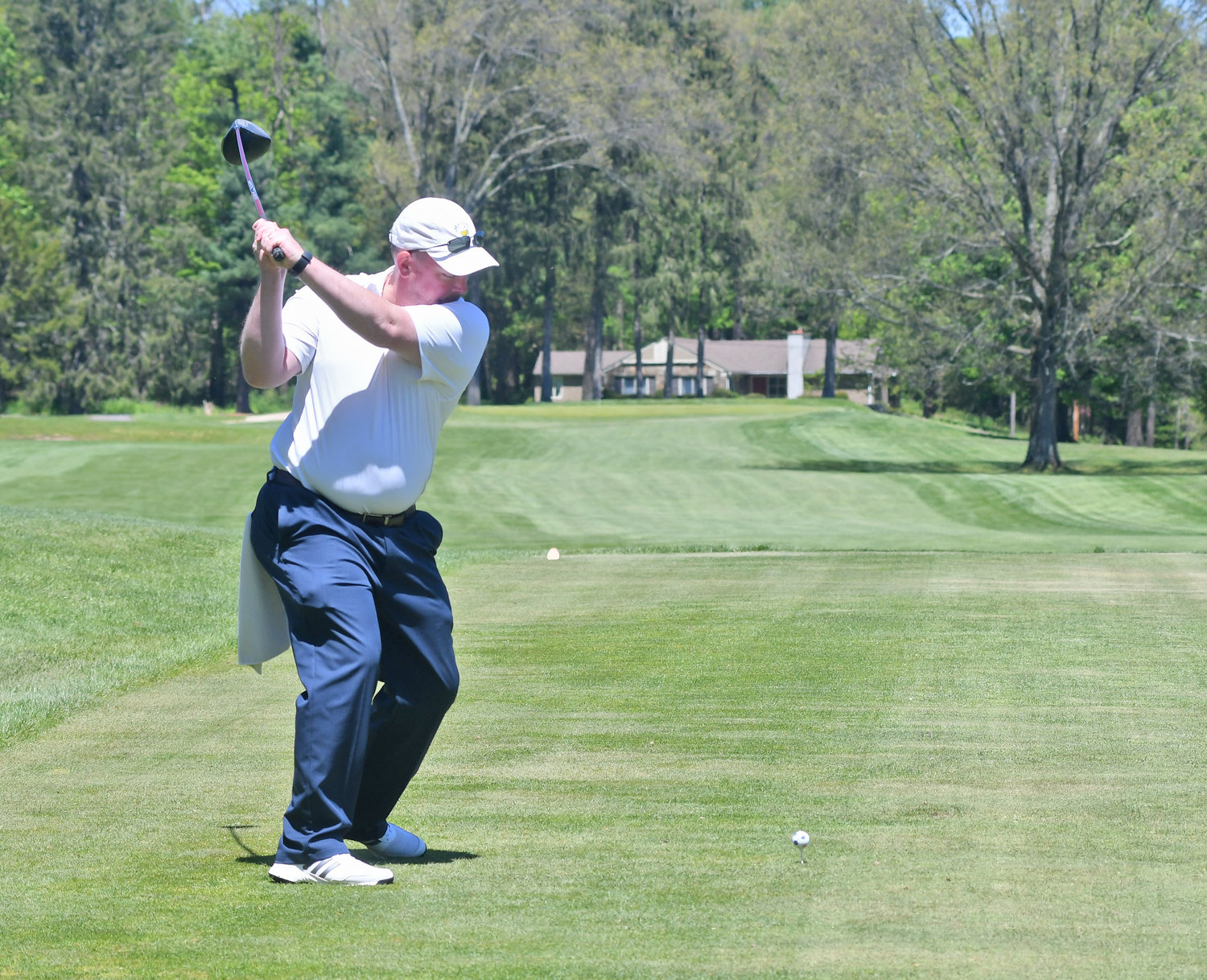 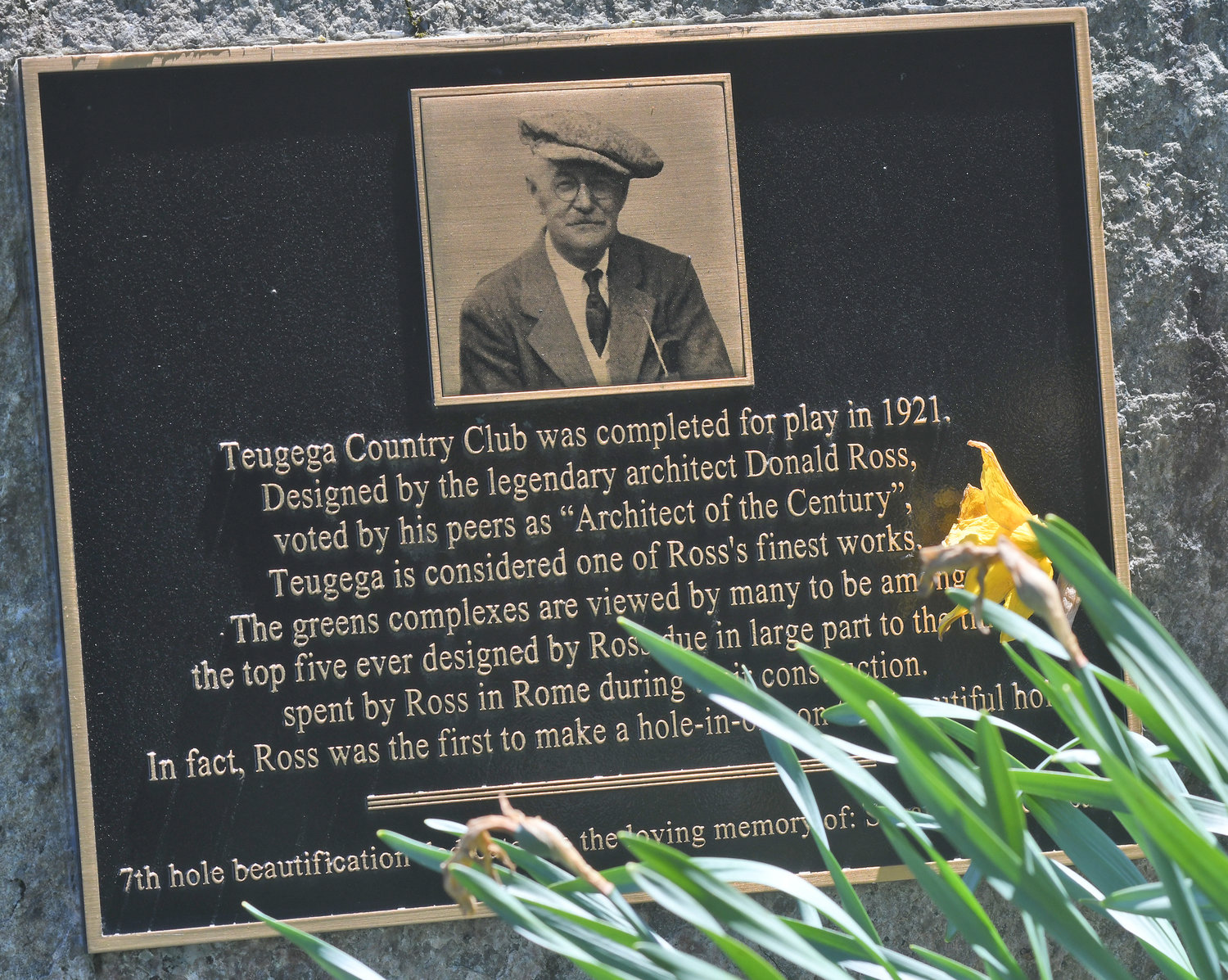 HONORING THE ARCHITECT — This plaque on the 7th hole of Teugega Country Club honors course architect Donald Ross. It’s said that the 7th hole is where Ross recorded his first hole-in-one.
(Sentinel photo by John Clifford) 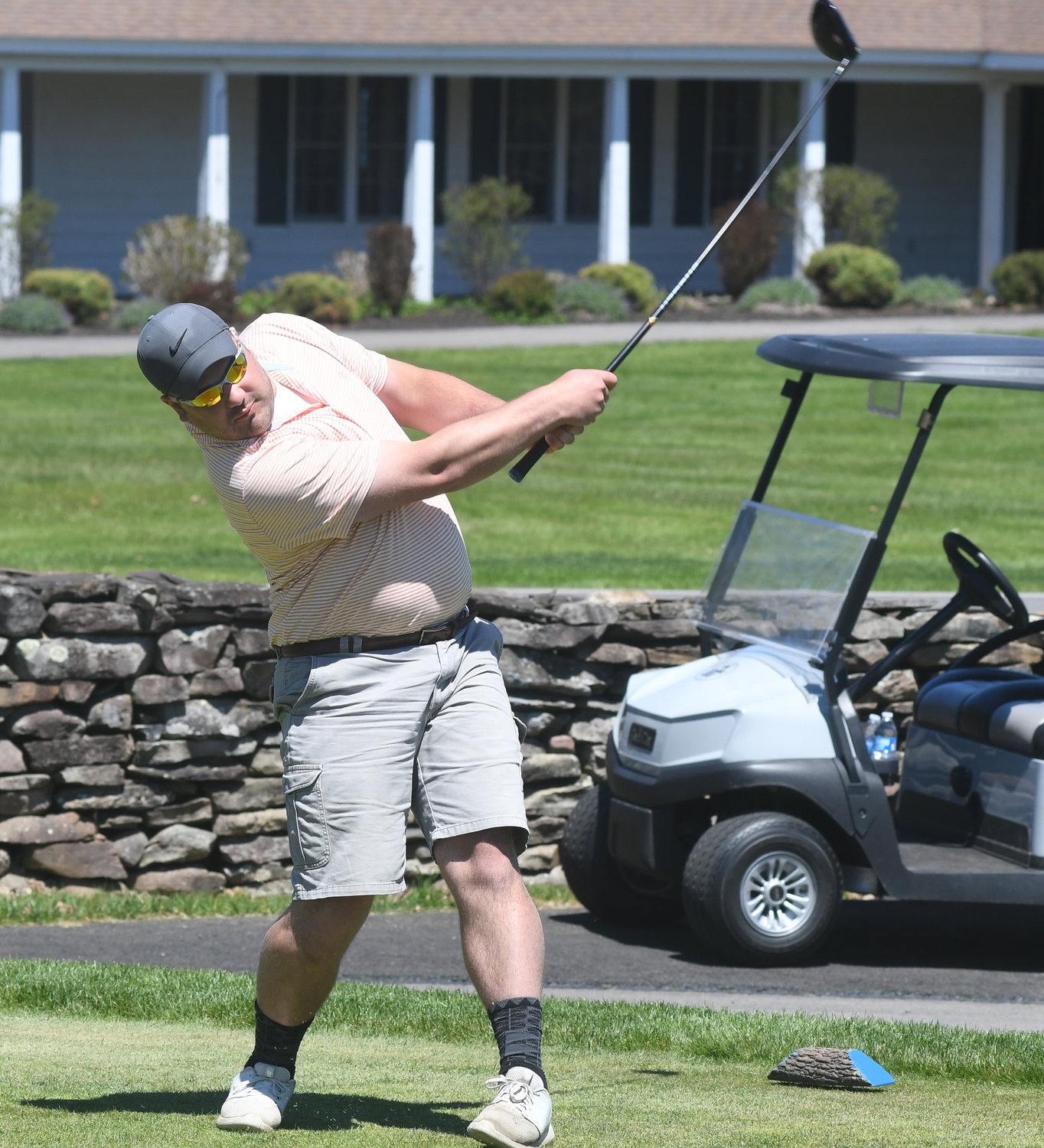 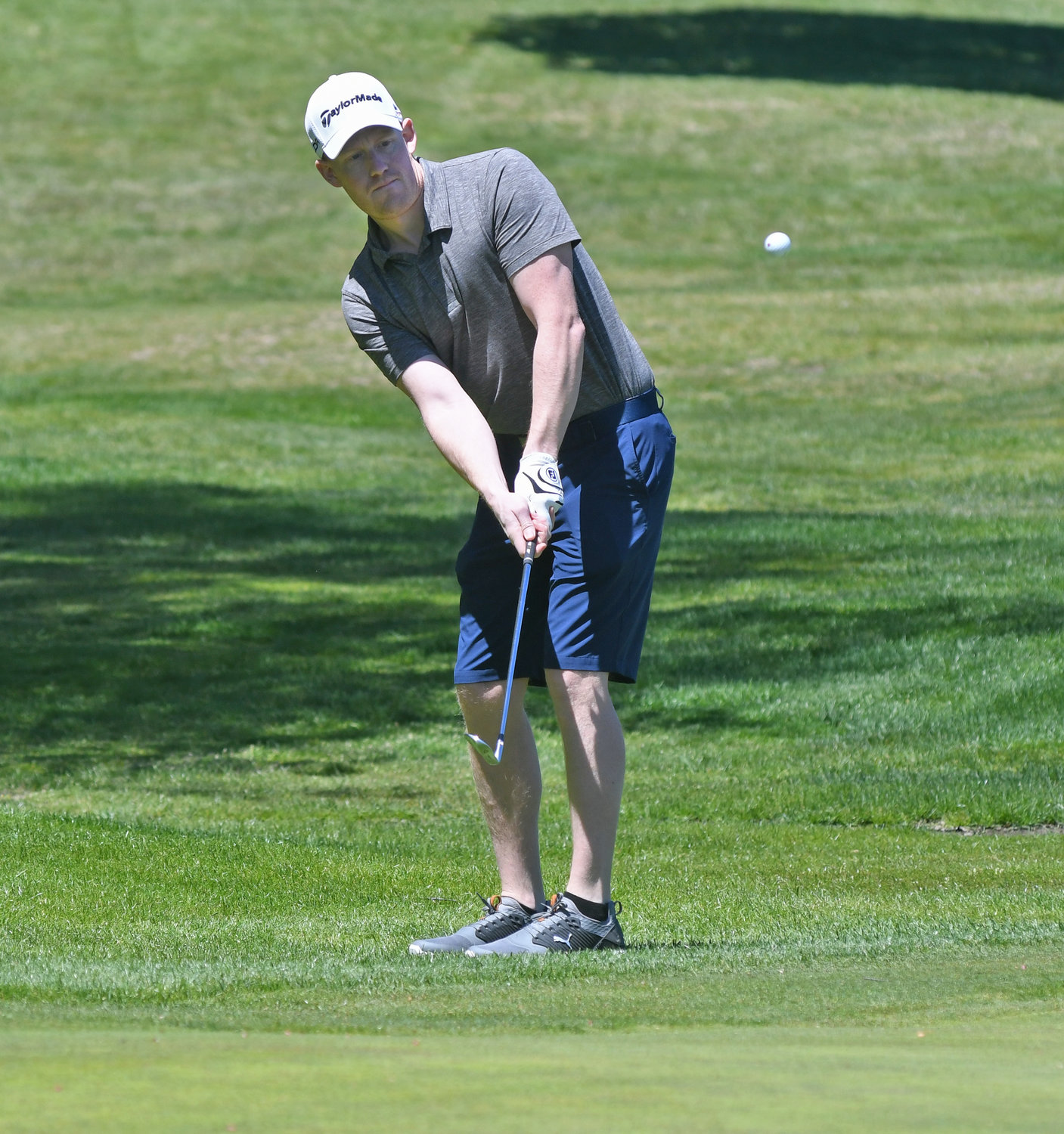 (First in a Series)

The weather is getting warmer and some of us are itching to play more and more golf.

I had the chance to get out and play Teugega Country Club earlier this week. But not only did I play the course, I learned a lot about the history of it and what makes it a special course.

First, it’s a Donald Ross designed course. And if you know anything about that, it has a lot of slopes and bunkers.

“Playing this course is a unique experience,” Teugega Country Club golf pro Steve Campanaro said. “You see a lot of his characteristics here. We’re very lucky to have this here.”

A couple other Ross designed courses in the area are the front nine at Thendara Golf Club and the whole course at Bellevue Country Club in Syracuse.

Teugega is a private course. You need to be a member to play, or a member has to invite you to play with them.

According to the Teugega legend, Ross even recorded his first ever ace on the 7th hole, 140-yard par 3, which was known to be one of his favorite holes.

So more on the story of the course itself.

Ross was 47 when he came to Rome after coming to America in 1899 after he was slated to become the golf pro at Oakley Country Club in Watertown, Mass. The next year, Ross received permission to build courses and he then moved to North Carolina.

But where Teugega is now, isn’t where it used to be. The first location was in what we know as Mohawk Acres. It was opened in 1900, but by 1912, players said that the course was no longer challenging. Money was then set aside to add some more obstacles and challenges; $2 for sand disbursement. That move made the course a little more sportier and added some extra hazards. By 1916, the course joined the United States Golf Association.

The land that the original Teugega was built on was some of the worst land for a golf course. So to increase membership, a new course needed to be built. The chairman of Rome Brass and Copper Co., Barton Hasleton became friends with Ross when he was in North Carolina. Hasleton had Ross come up to Rome and check out his club and Ross dubbed it, “the second worst course in the country.”

That’s when Ross’ services were called upon and he designed the current course, six miles north of the city on Lake Delta. Ross spent a lot of time in Rome during construction of the course. He was seeing Susan Aldridge, who was the first women’s champion of Teugega in 1921.

“Twelve years ago, we came up with a Master plan to restore the course to the way it looked back in 1921,” Teugega president Doug Bartell said. “We’re about three-quarters of the way done. We have a plan to remove some trees, bunkers and to fix the greens.”

Is there any difficulty in maintaining a Ross-designed course?

Teugega Superintendent Ian Daniels says there’s a little bit, but it’s because of the greens.

“The greens complexes have bunkers,” Daniels said. “So instead of using a riding mower, we use a walk mower. And the bunkers are kind of steep.”

Daniels also says that the course has 28 acres of fairway, which is higher than normal.

“The course was designed in a different era,” Daniels said. “The clubs back then weren’t designed to hit the balls as far as they do.”

But Daniels says that course still presents some challenges to golfers.

“Because of the overgrowth of 100 years, it’s altered the way that the course plays,” Daniels said. “What we’re trying to do is restore the integrity of the course.”

“The mounds that you see on the course. Those were part of the original design,” Bartell said. “Instead of hauling them away, they just made a pile and played it as part of the course.”

But back to my experience on the course.

First, that was the first time that I’ve played Teugega or any Ross designed course. I liked the challenges that the course presented. The greens were tough. One that sticks out to me is the 11th green. My approach shot went long and I ended up on the back hill. It was a steep putt, and I just tapped the ball off of the hill and it ended up back on the other side of the green.

Both Bartell and Daniels joined me in playing a round. Daniels finished off the day shooting a 72 and even eagled the par 5, 18th hole.

“Friends, family and fun. That’s what golf is all about,” Bartell said.

But overall, I enjoyed my time up at Teugega.