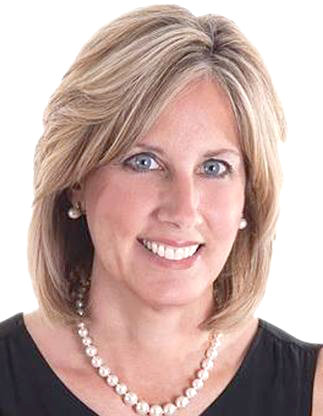 Tenney
Posted Wednesday, October 28, 2020 4:00 pm
Succinctly, as in the proverbial elevator speech, what makes you the best for the office?
I’ve always been extremely independent. I got elected to Congress in 2016 without ever having been endorsed by my local Republican party. I had to win a primary, win over independents, win over soft Democrats or moderate Democrats. And it was my independence that was able to get me there. … I’m a compassionate advocate. If you look back at everything I’ve done in my life, whether it’s helping the Bosnian refugees, I lived in Yugoslavia, and helping the real Oneida Indians.
I consider myself a compassionate advocate, but I’m also a leader. A lot of things that happened in my one term in Congress that were things that other members never got accomplished, leading the way on for example, fighting the made-in-China issue, that trade issue, a lot of Republicans didn’t want to touch that.
Bipartisanship is not about volume; it is about the quality of bills. The tax cuts were great for our community; it was a hard vote for me because I knew I was going to get attacked. We brought in the perimeter fence and record resources for Rome Lab. We got opioid funding to caregivers in our community. The community service block grants, the community development block grants, those are things that come in for Meals on Wheels or community action agencies; they were zeroed out, and not only did I get those brought back, but I worked … to get a 10% increase.
What is your highest educational level, in what career have you worked most of your working life, and what previous public office have you held or public service have you performed, paid or as a volunteer?
I am a Marine mom, who raised my son Trey as a single mother. Trey now serves as a captain in the US Marine Corps. I co-own a family-run small manufacturing business founded in 1946 in Sherburne in Chenango County. I am an attorney and published weekly newspapers when I ran Mid-York Press, including the region’s first Black and Latino newspaper and first newspaper in the Bosnian language. I served in the New York State Assembly from 2011- 2016 and the Congresswoman for the 22nd Congressional District of New York from 2017-2019.
I am active in numerous charities and nonprofits, notably the American Legion and Veterans of Foreign Wars (VFW) and serve or have served on the following nonprofit boards: Faxton-St. Luke’s Hospital; St. Elizabeth’s School of Nursing; Sitrin Nursing Home; Lutheran Homes Foundation; Auxiliary, American Legion Post 1376; MVCC; Oneida County Bar Association; Center for Freedom and Western Civilization, Advisory Board Member, Colgate University.
What are some things that set you apart from your opponent?
I am a leader and a doer. I am an independent leader who has fought for Central New York and the Southern Tier in Congress and the State Assembly for good paying jobs, patient-centered healthcare, and lower taxes on families and small businesses. I pushed to get tough on China for years and to bring Made in America back. To do that, I authored the SPOONSS Act, brought Sherrill Manufacturing to the White House to meet President Trump, advocated for cracking down on Chinese theft and lies. When the COVID pandemic started, I immediately called to hold China accountable and financially liable for their crimes and to bring back critical manufacturing industries like pharmaceuticals and PPE from China. Anthony Brindisi follows – voting with Nancy Pelosi 90% of the time including voting for impeachment.
What can you do for the district that your opponent cannot?
I have shown myself to be a tireless advocate for the region on the economy and jobs, 2nd Amendment rights, and getting federal funding, including securing millions in additional funding for Griffiss and getting the perimeter fence funded. I stood up and had budget cuts to local government grants reversed and funding increased by $10 million, secured millions in fire department assistance grants, and over $1.5 billion in public health funding. My work on behalf of constituents included 11 townhalls, responded to over 300,000 constituent inquiries, held numerous meet and greets, roundtables, and forums with constituents and stakeholders. Brindisi has kowtowed to the radical left and Democratic powerbrokers when it counts.
It seems that you are stressing your connection to President Trump. Is this an accurate assessment?
I support the people of the region first, last, and always. I support President Trump’s America First agenda to bring back jobs, have a strong national defense, and defend our Constitutional principle. Like everyone, President Trump is not perfect, but he has demonstrated his commitment to improving the lives of veterans, seniors, middle-class families, and farmers. I stand with him when it serves the people of Central New York and the Southern Tier.