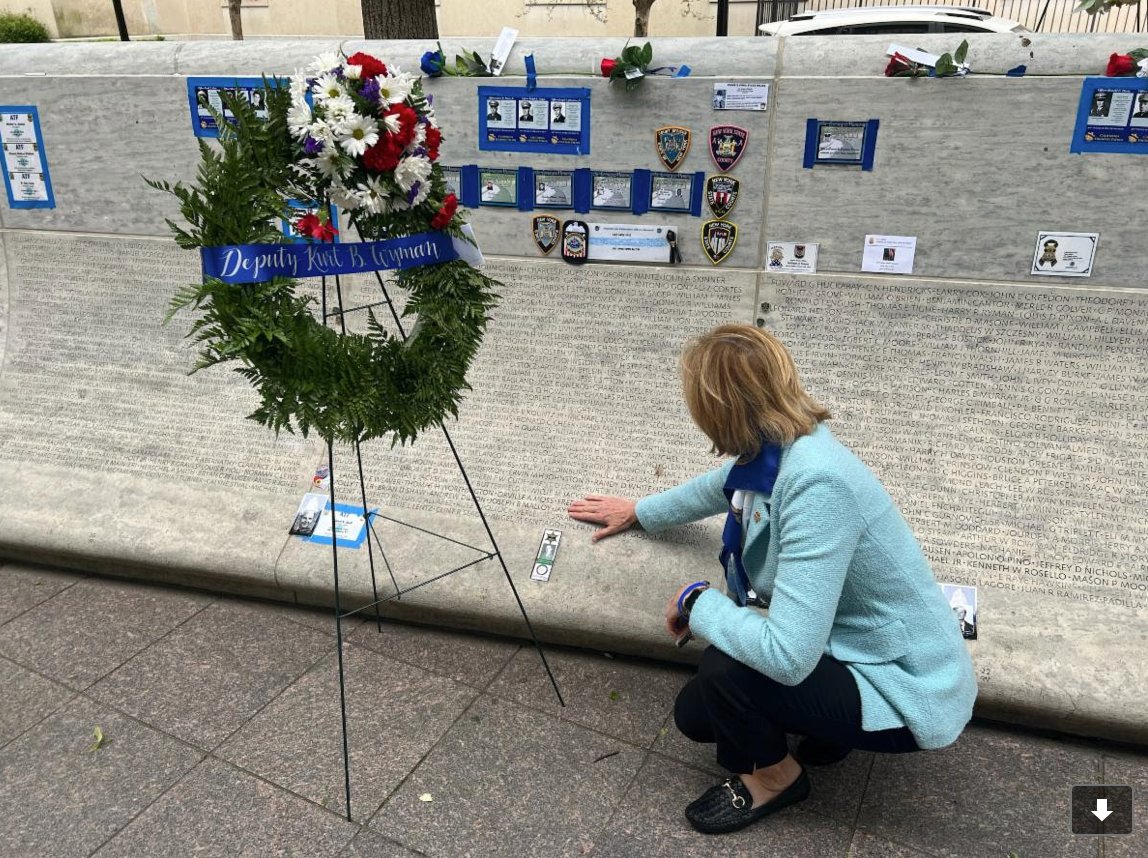 U.S. Congresswoman Claudia Tenney honored fallen Oneida County Sheriff’s Deputy Kurt B. Wyman on Thursday as part of a Congressional visit to the National Law Enforcement Officers Memorial, according to an announcement by her office.

Both events were part of National Police Week, which every May recognizes all law enforcement officers who have made the ultimate sacrifice in the line of duty, the announcments said.

Tenney laid a wreath in honor of Deputy Wyman, who was killed in the line of duty on June 7, 2011.

Tenney also observed a moment of silence for all officers from her district — which extends from Central New York to New York’s Southern Tier —who have died.

“Law enforcement officers put their lives on the line each day to keep our communities safe,” said Tenney in a release.

“I am committed to standing in firm support of them in Congress. This means honoring those who have fallen in the line of duty and those who continue to serve. As we recognize National Police Week, I am grateful for my colleagues’ shared support for the women and men in blue, and I wholeheartedly thank all who serve!”

On Tuesday, Tenney and 10 of her colleagues introduced a resolution in support of the Police Unity Tour, which is a 4-day bicycle ride throughout the country to raise public awareness of officers who have died in the line of duty.

The annual event honored the memory and sacrifice of police officers throughout New York who were killed in the line of duty.

“The sorrow that family members, friends and colleagues must endure after a police officer is killed in the line of duty is tremendous. I extend my deepest sympathies to those who’ve suffered this terrible loss,” Buttenschon said in a release.

“Policing this state and keeping our communities safe will always be a dangerous job. It is important that we hold this event in Albany each year to remember those who have made the ultimate sacrifice protecting our state.”

This year’s event included a procession of state troopers and representatives from other law enforcement agencies from across the state.