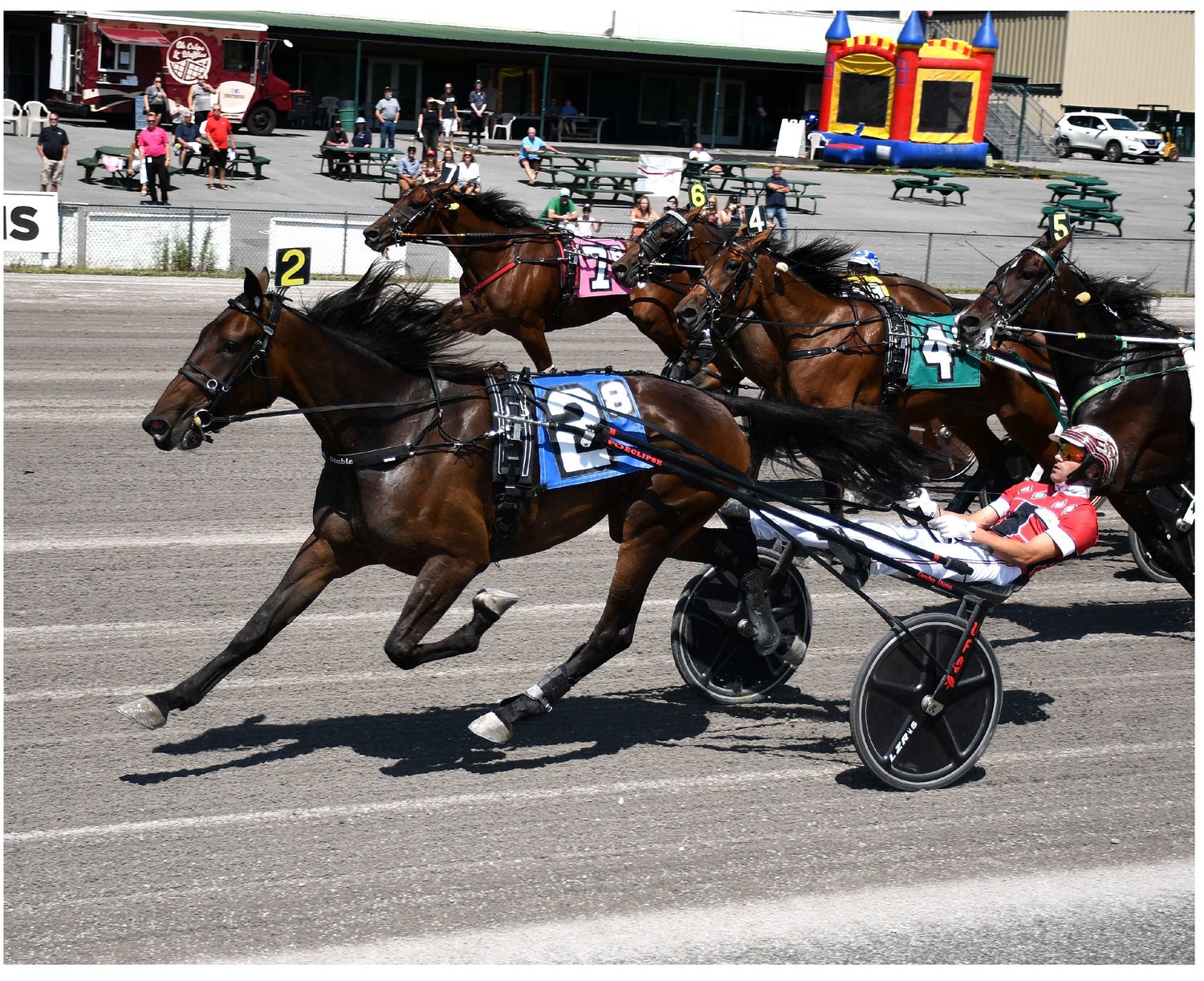 Temporal Hanover ($4.70) got the first call but Fast As The Wind (Dexter Dunn) charges up from his outside position to be first to the quarter in 26.2 seconds. Branded By Lindy (Yannick Gingras) was one of three horses who broke at the start of the race which changed the complexion instantly. Fast As The Wind used a 29.1-second second quarter and cruised to the half first in 55.3 seconds. Pretender (Andrew McCarthy) was first to make a mover going first-up and was side by side as Fast As The Wind led to three-quarters in 1:24.2.

As they made the turn for home Fast As The Wind and Pretender were joined by Temporal Hanover making it three across the track. Temporal Hanover blew right on by in deep stretch to win and equaled his lifetime mark of 1:52.2. Periculum (Mattias Melander) came charging late to finish second.  Giving trainer Marcus Melander a one-two finish in the big race. Pretender held on for third.

Temporal Hanover is a 3-year-old colt by Walner. He is trained by Marcus Melander for owners AMG Stable Inc., Ken Kjellgren, Rich Wahlstedt, and the Heights Stable.  It was his third win in four starts this season. He now owns eight career victories.

Yanaba (Brian Sears) wrestled the lead away from Baptism (Ake Svanstedt) and led to the first quarter in 26.4 seconds. Yanaba slowed things down with a 29.3-second second quarter and led to the half in 56.2 seconds. Baptism was flushed out of the pocket by Cash Infusion as they made their way around the final turn.  Yanaba had a slight lead at three-quarters in 1:25.3.

Baptism took a short lead as they reached the stretch. Jiggy Jog S needing racing room badly found a small opening on the inside as Delilah Hanover (Todd McCarthy) made a late bid four wide. Jiggy Jog S found a burst of speed and blew on by to win in 1:53.3. Delilah Hanover managed to pick up second money as Baptism held on to finish third.

Jiggy Jog S is a 3-year-old filly by Walner. It was her third win this season. She now owns five career victories.

Testing Testing (David Miller) hangs on to win the $53,410 Zweig Memorial consolation for 3-year-old trotters getting in done for trainer George Ducharme with the fastest time of the day in 1:52.0.