A group of teenage boys stole an 83-year-old woman's purse outside Transfiguration Church in Rome. 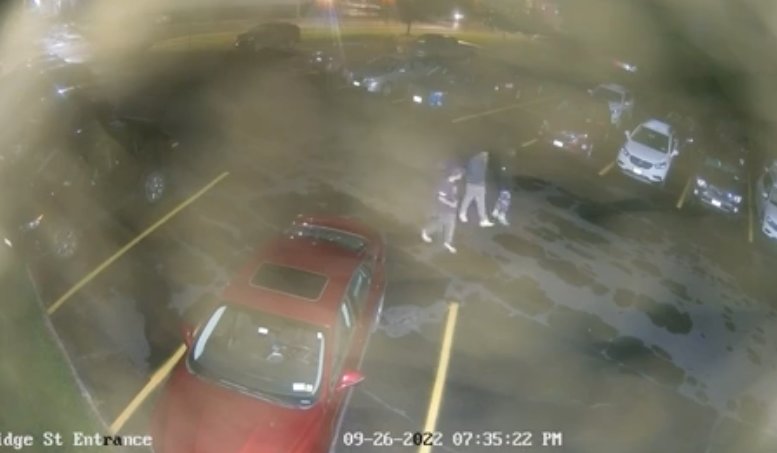 Several larceny suspects were captured on a rainy security camera shortly before stealing a woman's purse outside Transfiguration Church in Rome Monday evening, according to Rome police. Anyone with information on the teens is asked to call the Rome Police at 315-339-7744.
(Photo courtesy Rome Police)
Posted Tuesday, September 27, 2022 1:01 pm

ROME — A group of teenage boys stole an 83-year-old woman's purse outside Transfiguration Church in Rome on Monday evening, according to the Rome Police Department.

Police said the victim had just left Mass at the Ridge Street church at about 7:41 p.m. when she went to her car in the parking lot. Police said the woman noticed four males walking through the lot.

When she got behind the wheel of her car, police said two of the males ran up to her vehicle and one of them reached inside and snatched her purse. The woman tried to fight back, but police said the teen got the purse in the end and ran off, with his friends following.

The woman was not injured.

Police said the suspects are all about 16 to 17-years-old, with three Black males and one white male. They were captured on security cameras in the area.

Anyone with information on the thieves is asked to call the Rome Police Department tip line at 315-339-7744. Anonymous tips can be sent to www.MohawkValleyCrimeStoppers.com or by calling Crime Stoppers at 1-866-730-8477.