Abbey Rhodes can’t buy alcohol. The 13-year-old can’t get a tattoo without parental consent. She can’t buy a car, or reserve a hotel room. “She can’t even stay in a hotel room … 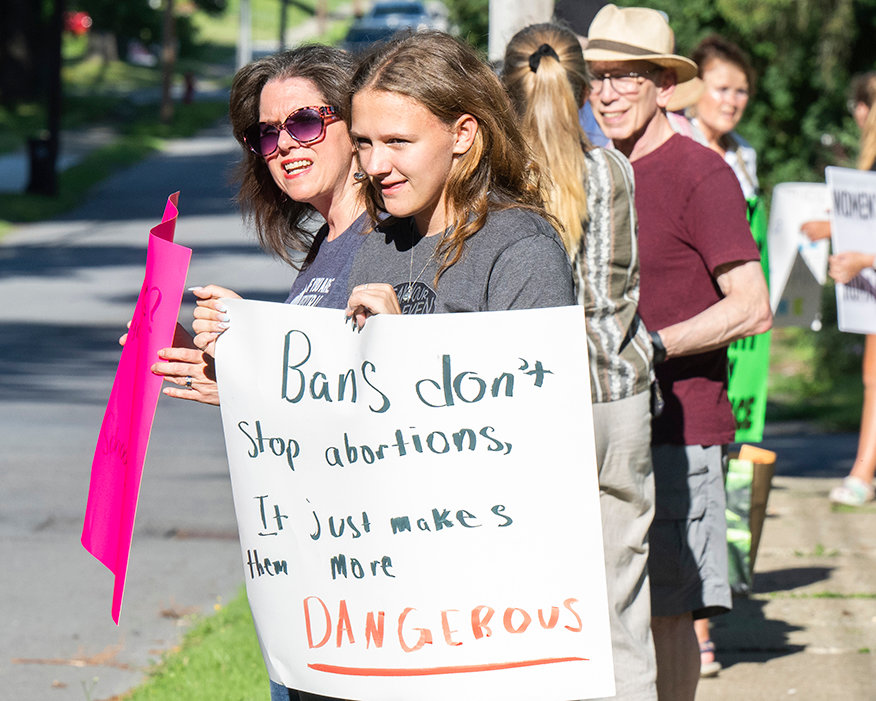 GLOVERSVILLE — Abbey Rhodes can’t buy alcohol. The 13-year-old can’t get a tattoo without parental consent. She can’t buy a car, or reserve a hotel room.

“She can’t even stay in a hotel room without adult supervision,” said Jennifer Rhodes, Abbey’s mother.

What’s more, at Mayfield Jr/Sr High School, where Abbey Rhodes will start eighth grade in the fall, Rhodes still needs a hall pass to go to the bathroom during class.

Rhodes can’t obtain a bank account or get a job without an adult agreeing, her mother said.

“And I’m pretty sure they would laugh her right out the door if she tried to adopt a child as a 13-year-old,” Jennifer Rhodes said, rattling off an exhaustive list of privileges to which her daughter doesn’t have access.

“How is a 13-year-old girl supposed to raise a baby through a pregnancy if she is not legally able to independently take care of herself at 13?” Jennifer Rhodes asked at a Thursday evening rally at Veterans Park in Gloversville.

At 13, Abbey Rhodes may not be able to do the things her mother spelled out. But the 13-year-old was able to organize Thursday’s rally, which protested the U.S. Supreme Court Dobbs v. Jackson Women’s Health Organization decision, which had the effect of immediately curtailing access to abortion in the the country.

Abbey Rhodes, who still wears braces, said when she learned last month about the SCOTUS decision, and its potential impact started to set in, she wanted to take action.

“I was seething. My grandma fought for a woman’s right to choose and she witnessed her work undone with the Dobbs decision. My generation will now live in a world where people can tell girls what we can and cannot do with our bodies, but in the meantime a boy can do anything he wants with his. This is not OK. I knew I needed to do something,” Abbey Rhodes told a crowd of about 30 protesters, ranging in age from elementary school students to retirees.

By spreading the word on social media and coordinating with the Gloversville Police Department to establish a safe time and location for the rally, Rhodes made Thursday’s event happen.

“We aren’t only scared about the Dobbs decision, but we are also scared about the slippery slope it creates. Scared that our LGBTQ friends may have to go back into the closet, lose their right to marry their partners and be their true selves,” Rhodes said. “So, rather than just be angry and scared, I decided to be angry, scared and loud.”

Thursday’s demonstration was peaceful, with protestors lined up along East State Street holding signs with messages like “Good trouble,” “Freedom for women” and “May the choice be with you.” While the majority of passing traffic honked in support or ignored the assembly, a handful of vehicles revved their engines and sped past. Across the street, two individuals shouted anti-abortion sentiments.

Thursday’s rally took place in Fulton County, which voted for Donald Trump for president by a roughly 2-to-1 ratio in 2020. Trump’s judicial appointments ultimately paved the way for the Dobbs decision.

“I think there are a lot of people who feel like I do but who are afraid to express their views because so many of their friends have an opposite opinion,” said rally participant Bob Galinsky, 75, of Johnstown. “Friends of mine have kind of shied away from me because I express my views. It used to be that we could have discourse. And discourse now has almost disappeared. People huddle with their own like-minded people, and I don’t think that’s healthy.”

Active in extracurriculars ranging from student council to marching band to softball, Abbey Rhodes said her goal is to eventually study law at UCLA to pursue a criminal justice career, either as a detective or attorney. She intended Thursday’s event to be a catalyst.

“I’m hoping that I can change people’s minds and show people around the same age group as me that it’s OK to use your voice, and it’s OK to stand up for yourself,” Rhodes said.

Isabella Horne got the message. The 12-year-old Mayfield student said she was devastated by the Dobbs decision and what she said it could mean for her rights to decisions about her body.

“I hope that people start to realize that we do matter and we should have all of our rights instead of being pushed down,” Horne said. “It’s not the 1950s and 60s.”

“I’m a survivor of sexual assault. Had I not had access to Plan-B after my assault, I don’t know what would have happened. Possibly nothing, possibly something,” Rhodes said before the rally. “If that pill goes the same way that abortion goes, that’s a very scary concept to me as a woman.”

“When I got an email from Abbey, a remarkable 13-year-old young woman who told me that she was going to come out today and stand up and lend her voice – to not just her future, but to millions of people across this country and to the threats they now face – and she asked me to help lift up her voice, I was confronted with a decision. I think there were three possibilities: Yes, yes and hell, yes,” Castelli said. “There is only one direction that has ever mattered in this country. It is intertwined with the soul and fabric of our country, and that direction is forward.”

Shortly after the rally participants lined up to wave signs, Vikki Wilson, 53, brought out a freshly made sign of her own, reading “Baby’s right” painted in white letters on a piece of wood. Wilson lives across the street from the park and said she wanted to express her opposition to abortion.

“I just don’t understand how someone in their right mind could understand that it’s not a real life. It’s a real thing, and you’re just going to go kill it because?” Wilson said.

Wilson said she is against abortion, even in cases of rape.

“I feel for the woman that gets raped and has to carry it, but it is still a baby, it is still a person. It has a heartbeat,” said Wilson, who said she believes solutions like adoption or foster care prevent the need for abortion. “There’s got to be something out there. They need to find a solution. Don’t kill the baby. Find a solution.”

LaShawn Hawkins, a Black Lives Matter activist in Gloversville and the founder of I Can Breathe And I Will Speak, said abortion rights proponents may find solutions at the ballot box, especially as young people like Abbey Rhodes come of age.

“This is just a peek of what is to come in Fulton County. These young people are hungry for change,” she said. “People think they’re young. But (Rhodes is) 13 – right around the corner to vote.” 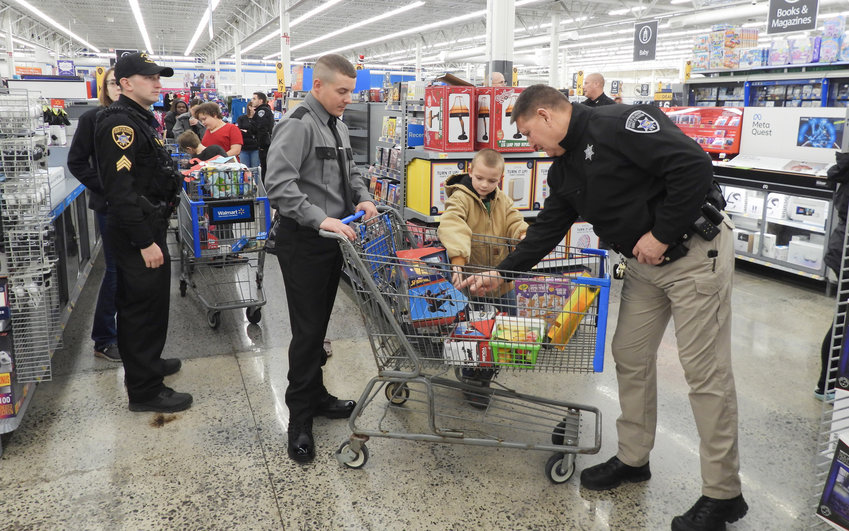