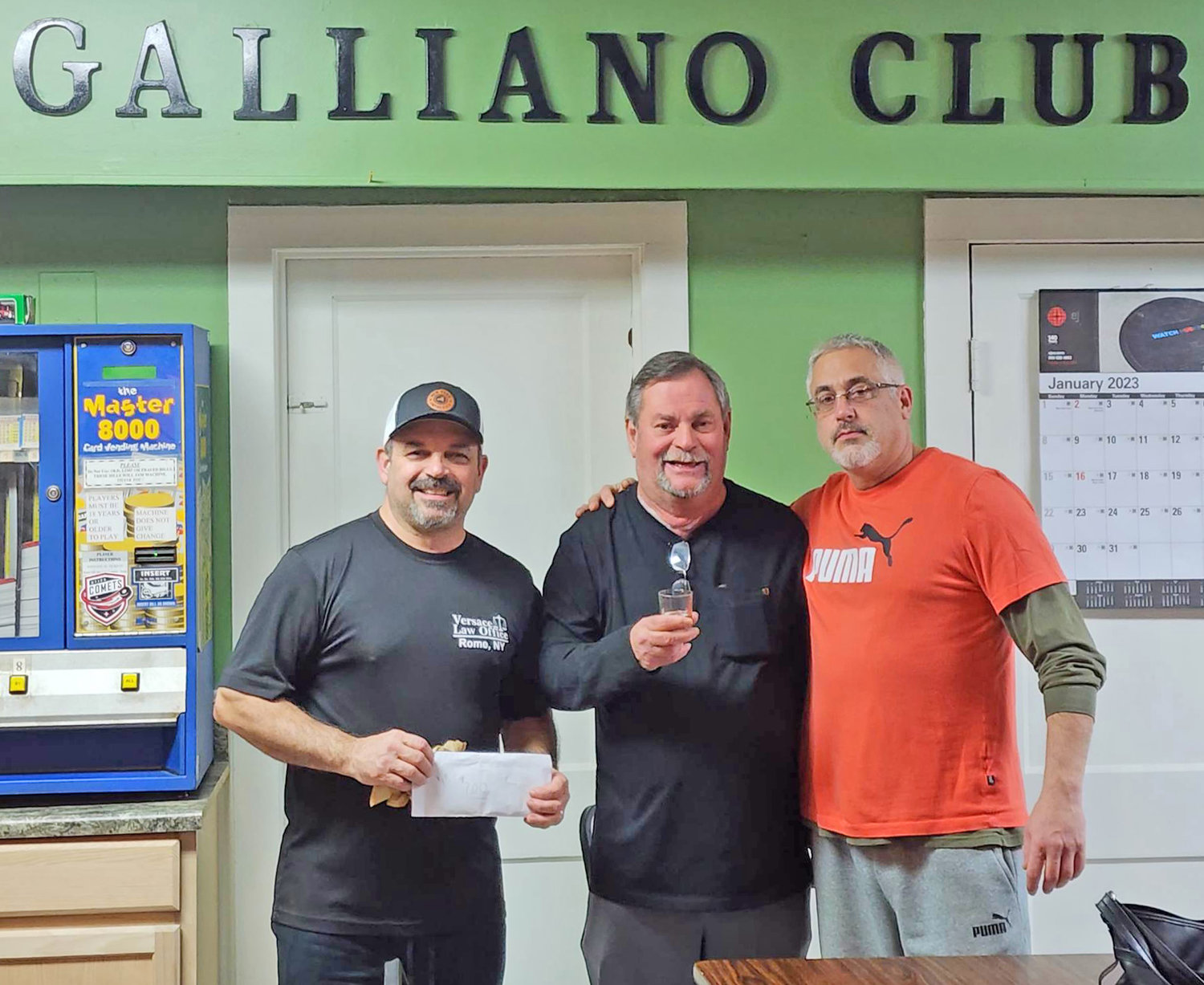 The double-elimination tourney was held in honor of the longtime club member and current officer, who is also a former World Series champion.

The event had 15 two-man teams with awards going to the top four teams.

Next up is the four-man pick and draw bocce tournament at the Toccolana Club for members on Feb. 4.

The fourth annual Winter Classic Men’s Doubles Bocce Tournament will be held at the Galliano Club on Feb. 17 and 18. A sign up sheet is at the Club or contact Walt Semeniak.