Tyrod Taylor signed with the New York Giants, knowing the only way he would start at quarterback would be if Daniel Jones played poorly or got hurt. 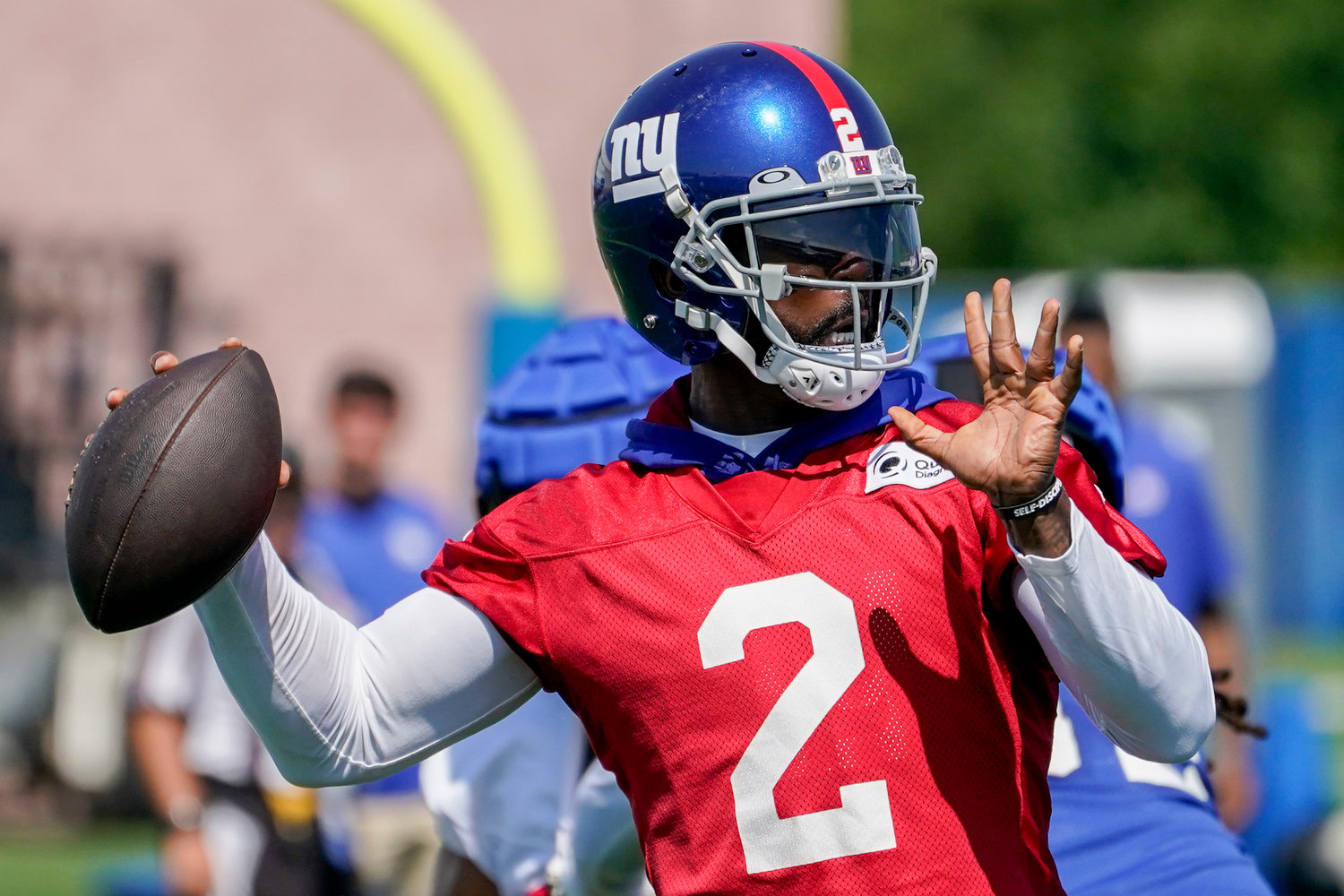 EAST RUTHERFORD, N.J. — Tyrod Taylor signed with the New York Giants, knowing the only way he would start at quarterback would be if Daniel Jones played poorly or got hurt.

It's as simple as that for the well-traveled 32-year-old who is entering his 12th NFL season.

Jones has been the Giants' starter most of the past three seasons and he enters his fourth season and first under Brian Daboll as the No. 1 on the depth chart in training camp.

“I came in here ready to compete and that’s what the nature of this game is,” Taylor said Wednesday. “There is only one quarterback that can play, and you have to be ready at any time when that opportunity presents itself. I’m working each and every day just trying to get better and ready for the opportunity that presents itself.”

Since camp opened last week at the Giants' facilities in the Meadowlands, Taylor has been working primarily with the second-team offense. Jones, the No. 6 overall pick in 2019, has worked with the ones.

Like Jones, Taylor is learning a new offensive system, one that features a lot of pre-snap motion.

“I think coach has done a great job of mixing different concepts but also allowing guys to do what they are most comfortable with,” Taylor said. “That’s going out there and making plays.”

Taylor has rarely gotten a chance to play much, except for three seasons in Buffalo (2015-17). He got 43 of his 53 career starts with the Bills and threw 51 of his 59 career touchdowns.

Buffalo traded him to Cleveland in the spring of 2018, the same year the Bills drafted Josh Allen and hired Daboll as their offensive coordinator. It's also the year the Browns drafted Baker Mayfield with the No. 1 overall pick.

Taylor started the first three games that season but lost his job after an injury in the third game.

Taylor spent the next two seasons with the Chargers and last year with Houston, starting six games. He signed a two-year, $11 million contract with the Giants in March.

Taylor admittedly didn't know the 25-year-old Jones well until he signed. He described Jones as a great competitor and friendly.

“Much respect for Daniel. The way he approaches his job each and every day and the way he goes out and leads,” Taylor said. “I think just the quarterback room as a whole, we all bring out the best in one another. Whether it’s in competitions, whether it’s in the weight room, whether it’s on the field. We tally up who has the best throws for the day. If you see our board of tallies it can get crazy, but much respect to Daniel.”

While Jones may have a better arm, Taylor is certainly more athletic. He dunked a football over the crossbar after running for a score last week.

Taylor has had his ups and downs in camp like Jones. He said his goal is to work on his weaknesses and helping teammates get through some of the dog days.

“Ultimately, it’s about leading, responding, and how you respond in tough circumstances each and every day,” he said. “It’s a grind from the quarterback’s perspective.”