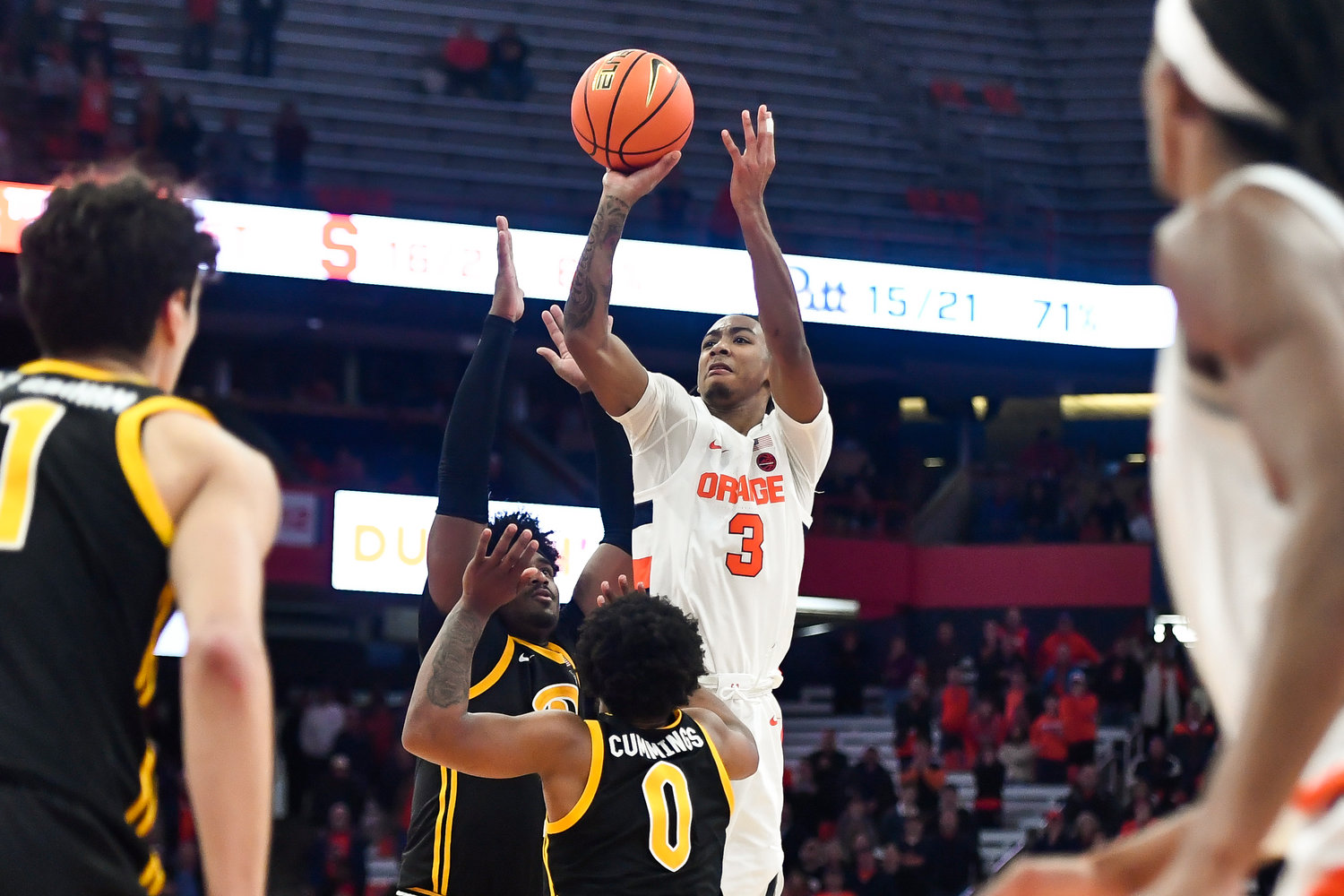 SYRACUSE — Blake Hinson scored 25 points and grabbed 13 rebounds and Nelly Cummings knocked down six 3-pointers and posted 22 points with six assists as Pittsburgh held on to take an 84-82 win at Syracuse on Tuesday night.

Hinson posed his 12th double-double as the Panthers won for the fifth time in their last six with Syracuse and won their first two games to start the Atlantic Coast Conference season for the third time since joining the conference.

Pitt led by 20 points after Hinson knocked down a jumper midway through the second half to make it 72-52, but the Orange closed the half on a 30-12 run that saw them get within one with 29 seconds left after Joe Girard knocked down a 3. Hinson intercepted a Judah Mintz pass in the paint and drew a fifth foul from Jesse Edwards with seven seconds left and hit the second of two free throws to make it a two-point game. Mintz dribbled the length of the floor but his 3-point attempt from the top of the key rimmed off.