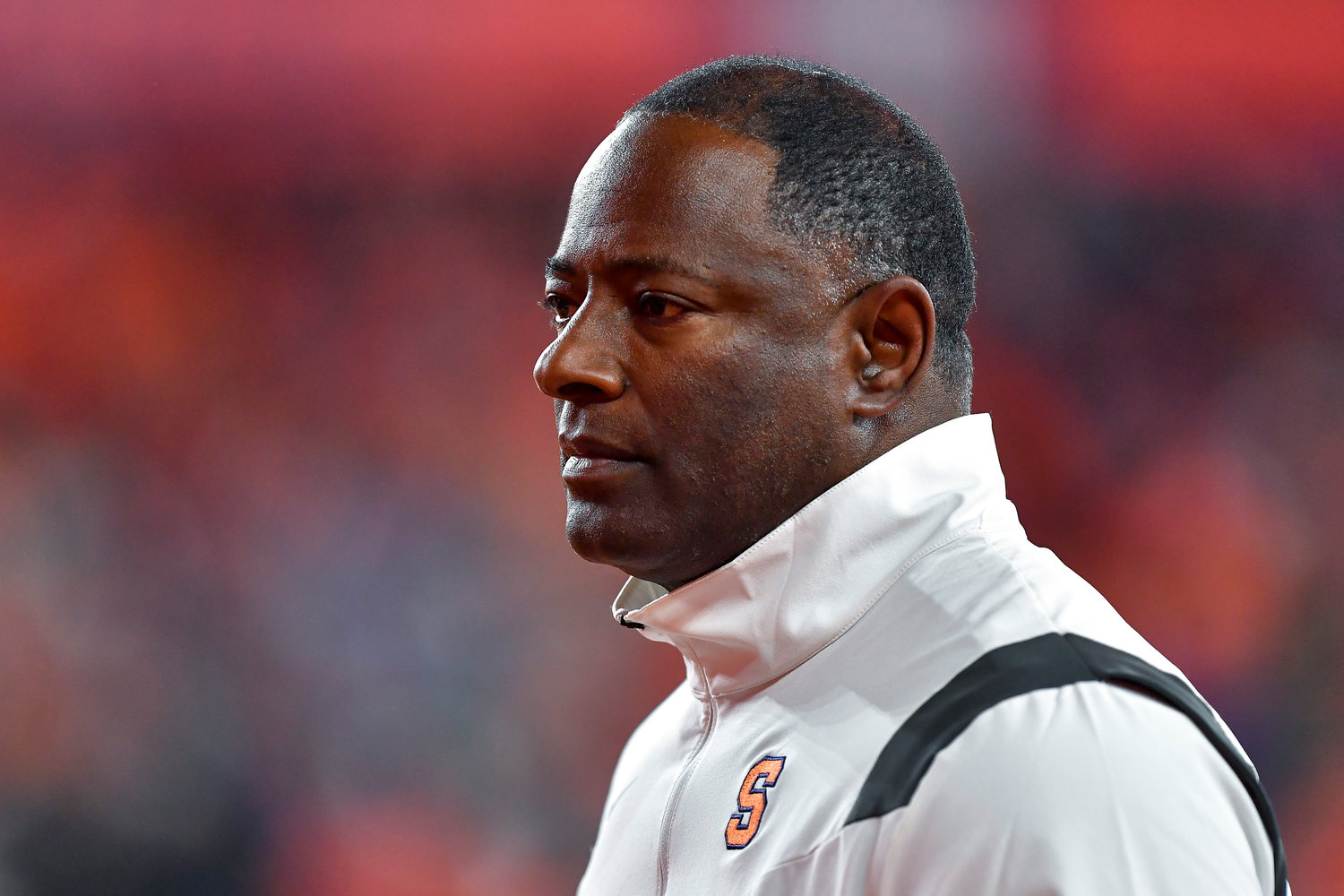 Syracuse finished 5-7 overall and 2-6 in the Atlantic Coast Conference, the fifth losing season in six years under Babers but an improvement over the 10-loss team of 2020. The Orange lost their final three games this season to finish one victory shy of bowl eligibility.

"We're disappointed how this season ended. The last three games were tough and I respect that emotions are running high," Wildhack said at a news conference. “Overall, I'm pleased with how this team competed this season. We saw growth in a number of areas.”

Wildhack said he met with Babers several times over the past few weeks and had been evaluating the team since spring football.

“Our young men respect coach Babers and they play hard for him,” Wildhack said. “We all know what the expectations are for 2022. We need to win more games. We want to play that 13th game.”

Babers retained defensive coordinator Tony White and offensive line coach Mike Schmidt, but he fired tight ends coach Reno Ferri and defensive line coach Vinson Reynolds, who were on his original staff in 2016. The moves came in the wake of a 31-14 home loss to No. 20 Pittsburgh in the regular-season finale on Saturday night.

Syracuse's run game was stopped cold by the Coastal Division champion Panthers, netting just 27 yards on 30 carries. Record-setting tailback Sean Tucker, who gained a program- record 1,496 yards and averaged 6.1 per carry for the season, finished with 29 yards on 13 carries. Tucker and quarterback Garrett Shrader accounted for all but 285 of the team's 2,562 rushing yards during the season and Syracuse led the Atlantic Coast Conference in rushing.

Babers has a 29-43 record in six years at Syracuse with only one winning season, a 10-victory campaign in 2018 that finished with the Orange ranked No. 15.