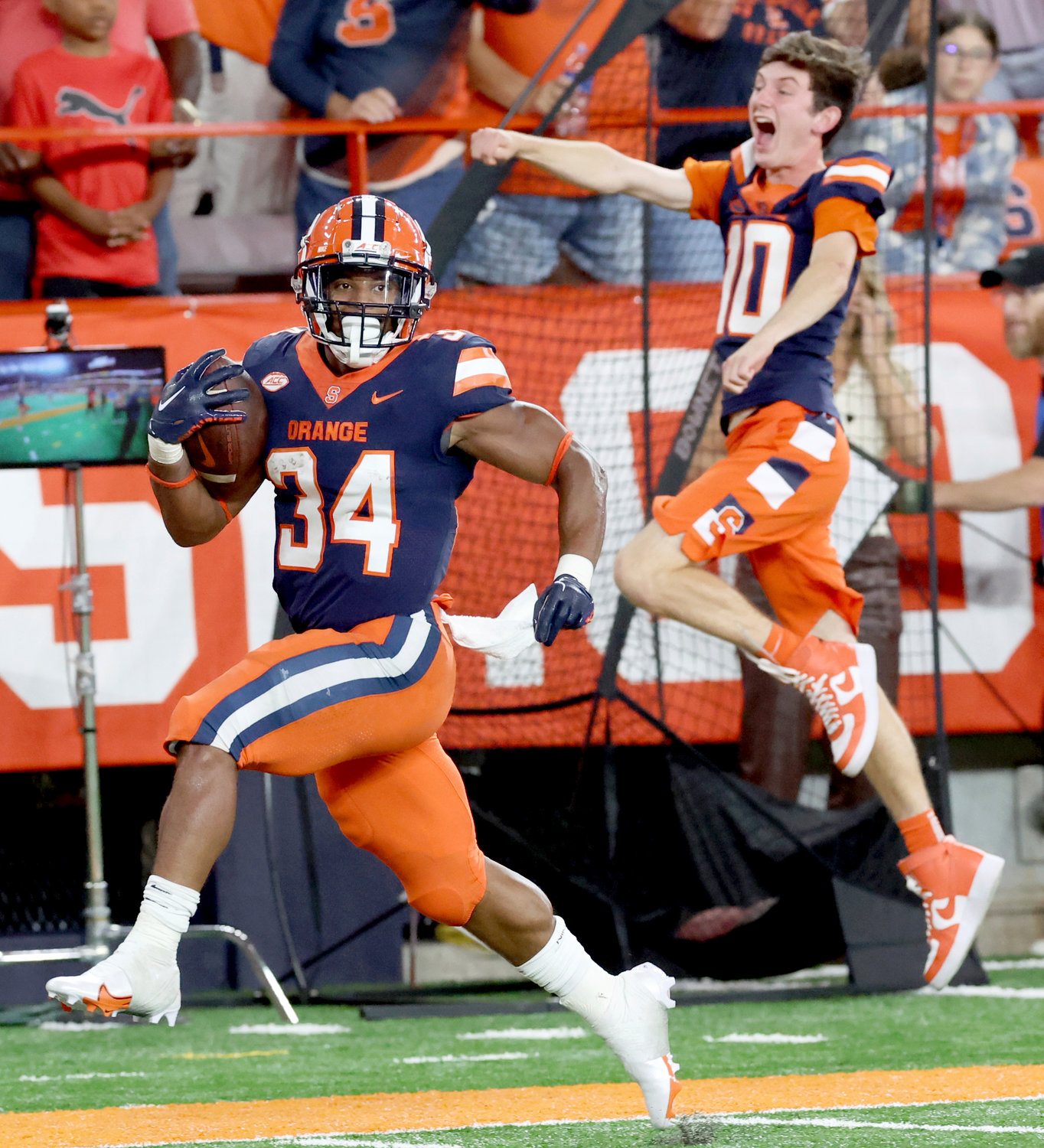 Syracuse running back Sean Tucker runs on the way to a touchdown against Louisville on Saturday night at the JMA Wireless Dome in Syracuse. Tucker rushed for 98 yards and scored two touchdowns, one on a 55-yard catch-and-run in the Orange's 31-7 win.
(Dennis Nett/The Post-Standard via AP)
Posted Tuesday, September 6, 2022 11:24 pm
Associated Press

Both were hurt in the first half of the Orange’s 31-7 victory over Louisville on Saturday night. Babers said they likely will be redshirted this year.

A starter since his first year in 2020, Thompson finished second on the team last season with 79 tackles, had six sacks among his eight tackles behind the line of scrimmage, and forced two fumbles.

Thompson also had three tackles against the Cardinals before the injury.

The 6-foot, 285-pound Elmore is in his sixth season and has played several positions in his career.

All-American running back Sean Tucker also was shaken up at the end of a carry just before halftime and was looked at by team trainers before gingerly walking off the field.

He returned for the second half.