The Syracuse football team will open the 2022 season with a home game tonight at 8 against ACC foe Louisville at JMA Wireless Dome in Syracuse. 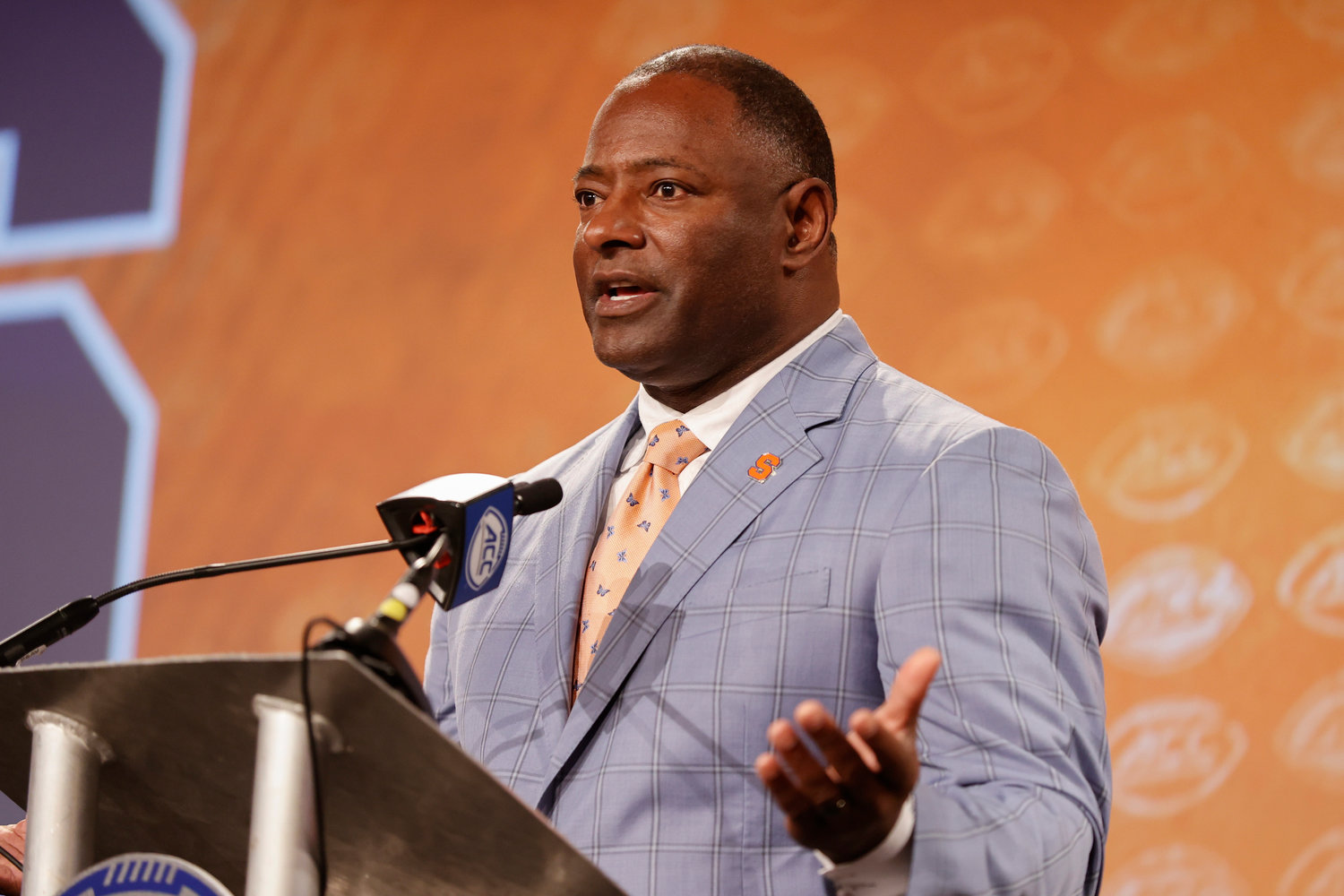 SYRACUSE  — The Syracuse football team will open the 2022 season with a home game tonight at 8 against ACC foe Louisville at JMA Wireless Dome in Syracuse.

Both Louisville coach Scott Satterfield and Syracuse’s Dino Babers are coming off losing seasons, and a fast start — especially winning a conference game to open the season — would do wonders.

The Orange have played in the postseason only once since Babers took over seven years ago and were poised to qualify for a bowl game in 2021 before losing their final three games and falling one victory shy at 5-7. The Cardinals finished 6-7 after losing to Air Force in the First Responder Bowl.

Syracuse defense against Cardinals QB Malik Cunningham. The Orange defenders were ranked 19th in the nation and second in the ACC last season in total defense, allowing 330.3 yards per game, but they were no match for Cunningham last November. He threw for four touchdowns and ran for another in a dominant 41-3 victory.

Louisville: QB Malik Cunningham accounted for 39 touchdowns last season, totaled 3,872 yards of offense, and became the second quarterback in school history to rush for over 1,000 yards in a season (1,031).

Syracuse: TB Sean Tucker set a Syracuse record last season with 1,496 yards rushing and the Orange have already begun touting him for the Heisman Trophy.

It’s the earliest conference game for Louisville since the Cardinals played their first as a member of the Atlantic Coast Conference on Sept. 1, 2014 against Miami. ... The Cardinals held Syracuse without a touchdown in last year’s meeting, the only game the Orange failed to score a touchdown in 2021. ... Syracuse led the ACC and was 16th in the nation in rushing offense in 2021, averaging 213.5 yards per game. ... Since the Dome opened in 1980, Syracuse is 23-19 in home openers. ... Louisville has averaged at least 200 rushing yards in each of Satterfield’s first three seasons. The Cardinals and Ole Miss are the only teams from Power Five conferences to accomplish that.