After more Child Victims Act lawsuits were filed against it this week that name clergy from the past several decades, including some who had connections to Oneida County sites, the Roman Catholic … 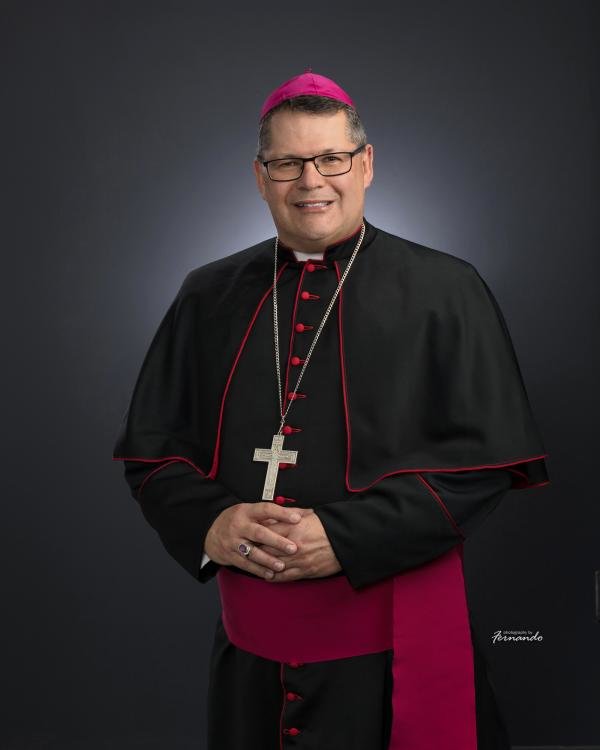 After more Child Victims Act lawsuits were filed against it this week that name clergy from the past several decades, including some who had connections to Oneida County sites, the Roman Catholic Diocese of Syracuse is filing for bankruptcy financial reorganization.

Most Reverend Douglas J. Lucia, Bishop of Syracuse, announced Friday his decision to authorize the reorganization filing under Chapter 11 of the U.S. Bankruptcy Code. The filing is before U.S. Bankruptcy Court in the Northern District of New York.

“The parishes within the Diocese, the Foundation including the HOPE Appeal, Catholic Charities, Catholic schools and other entities associated with the Diocese are separate legal entities and are not part of the Chapter 11 filing,” the Diocese of Syracuse announcement said.

The bankruptcy filing follows similar moves by some other Roman Catholic dioceses facing financial pressures from lawsuits that began last year under the Child Victims Act; the act for New York included a one-year litigation window that took effect Aug. 14, 2019, allowing people to file civil lawsuits that had previously been barred by the state’s statute of limitations.

Among the new lawsuits this week against the Diocese of Syracuse are 32 filed by Jeff Anderson & Associates and the LeFave, Wein & Frament firm. The Anderson firm on Wednesday said six of the complaints identify clergy accused of sexually abusing a minor at parishes and schools in the Rome and Utica areas in the dates indicated:

Father Bernard A. Garstka, deceased — Approximately 1960 to 1962 at Holy Trinity in Utica. He also is named in complaints regarding his short tenure at St. Patrick in Taberg in the mid-1960s;

Father Edward C. Madore, laicized (voluntarily sought to be dispensed from clerical obligations) — He is accused of sexually abusing a minor from approximately 1983 to 1986 at St. John the Baptist in Rome. The Anderson firm said his whereabouts are unknown;

The Anderson firm noted the new cases had been “stuck in limbo” due to court closures stemming from COVID-19.

The Diocese of Syracuse said that as of Friday it has over 100 lawsuits filed under the Child Victims Act.

““Without a reorganization, the Diocese and claimants will face a slow, unpredictable and costly process that would require years of court involvement,” said Bishop Lucia. “Such a protracted process would delay justice for the victims and only prolong their pain and suffering. The challenge this situation presents to our Diocese is simply that one jury award could so diminish our assets that we would have little or nothing with which to resolve the other claims or carry on the important ministries of the Diocese.”

More information on the reorganization will be at www.syrdio.org online.“It is my hope that during this process of reorganization and following its completion, we will continue to pray for the healing of those who had been harmed during this very dark chapter of the church,” Bishop Lucia added. “As your Bishop, I must again, apologize for these heinous acts and ask you all to join me in our diocesan commitment that these acts will never take place again.”

The Anderson firm in a separate announcement Friday called the Diocese of Syracuse’s Chapter 11 bankruptcy “a disappointing attempt to conceal the truth about predator priests in the Diocese at the expense of sexual abuse survivors.” It said bankruptcy can limit survivors’ ability to unearth names and information regarding cases. It also said the bankruptcy court will soon set a claims bar date, which will be the deadline for sexual abuse survivors to file a claim in bankruptcy court or risk losing their legal rights.

In its earlier announcement Wednesday about the latest lawsuit filings, the Anderson firm said “despite Gov. Cuomo’s commendable executive order to extend the CVA (Child Victims Act) deadline by five months and, more recently, New York legislators’ unanimous approval of a one-year extension it is best that survivors take action before the initial deadline of Aug. 13, 2020 to take full advantage of their rights under the CVA.”

According to an announcement by Notre Dame Schools, which operates an elementary and junior/senior high school in Utica, the announcement does not impact Catholic schools.

“Notre Dame Schools remains a vibrant and financially solvent educational institution functioning as its own corporation under the cooperative partnership of our Board of Trustees and Administrative leadership,” the school’s announcement added.