Those excited for cider season have a sweeter than usual cider to look forward to this year thanks to the hot summer. 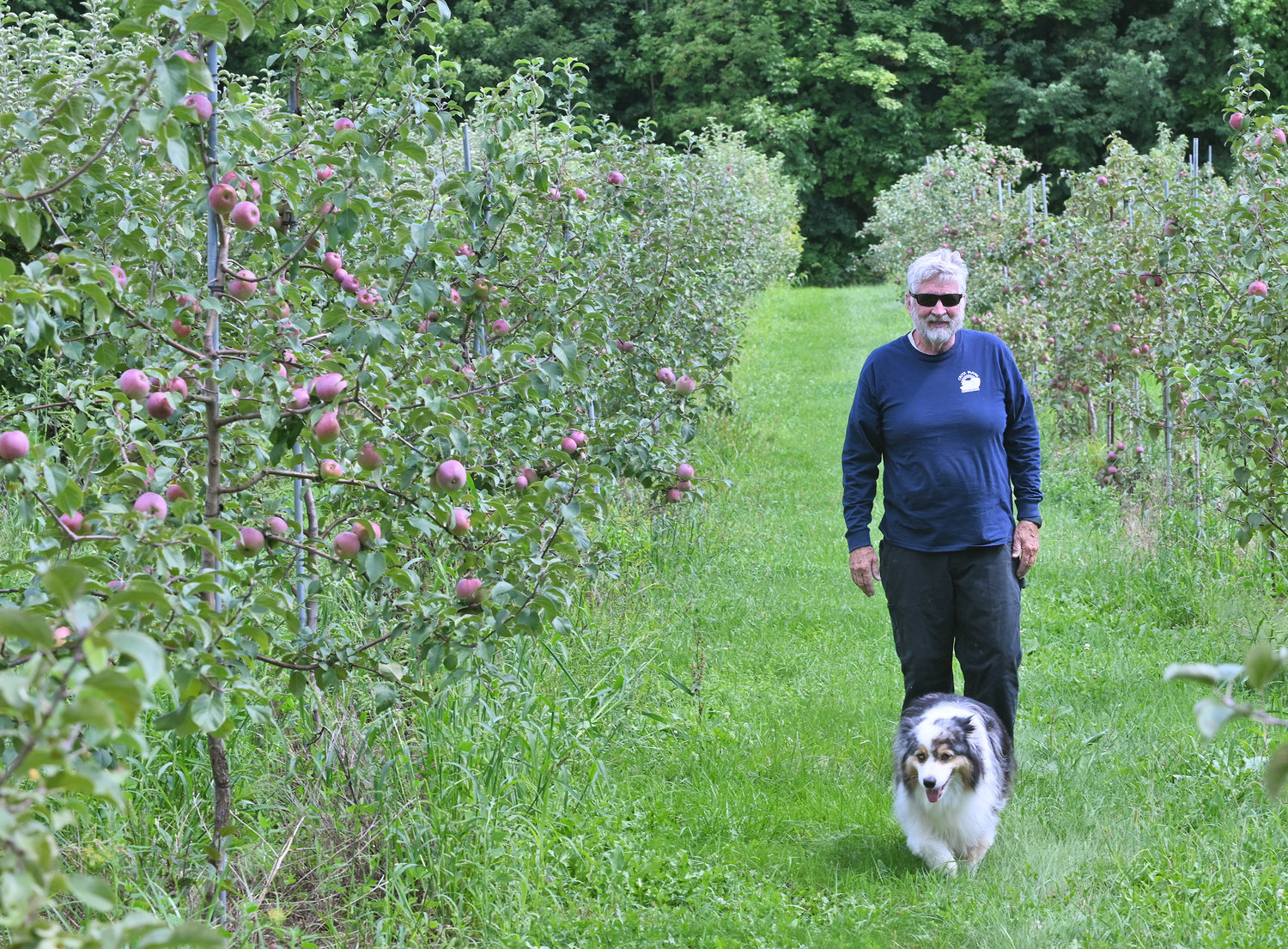 Matthew Critz, and his dog, Lou, along an aisle of Liberty apple trees at his orchard in Cazenovia on Wednesday, Aug. 31.
(Sentinel photo by John Clifford) 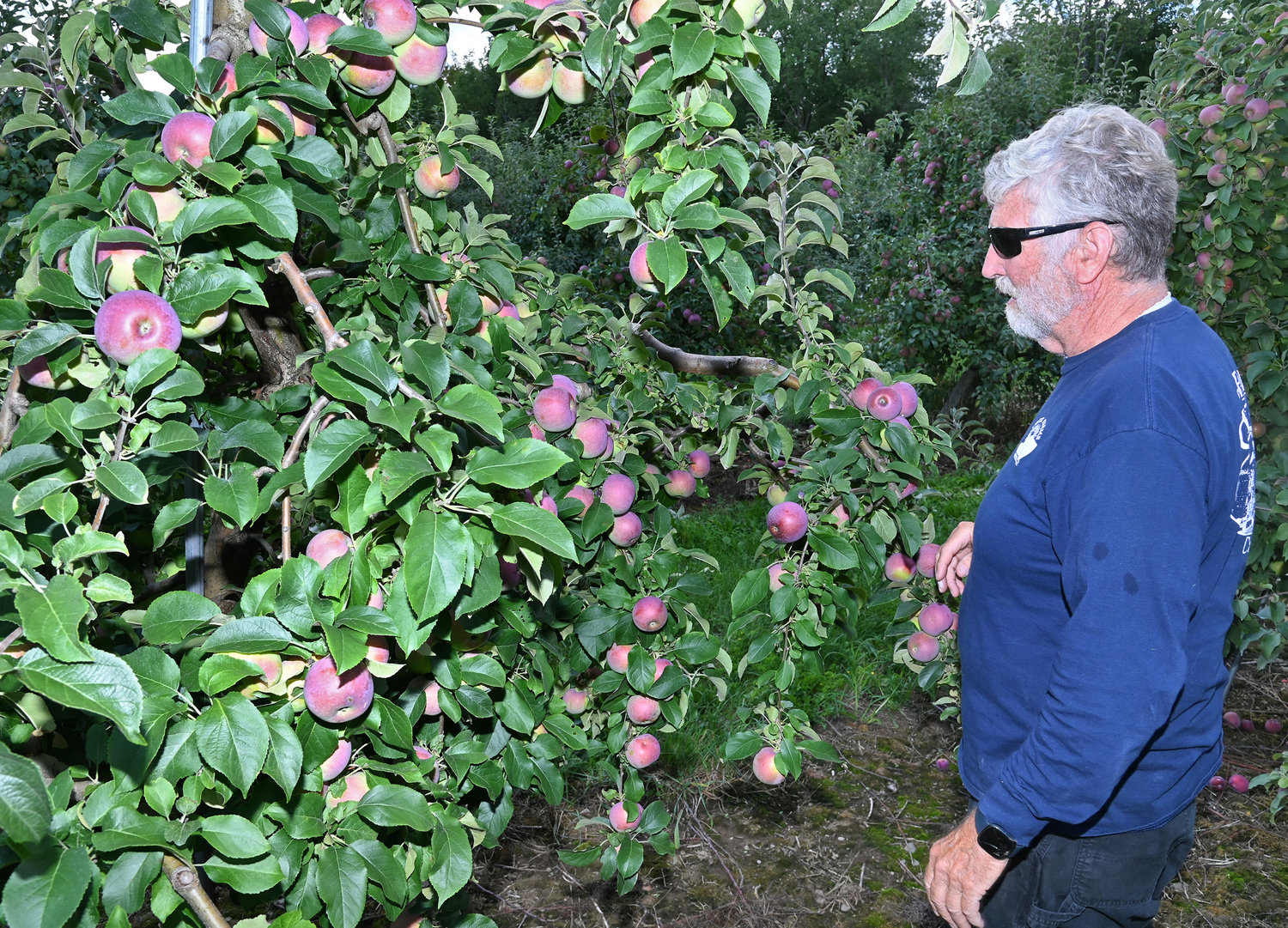 Matthew Critz in his orchard in Cazenovia on Wednesday, Aug. 31.
(Sentinel photo by John Clifford) 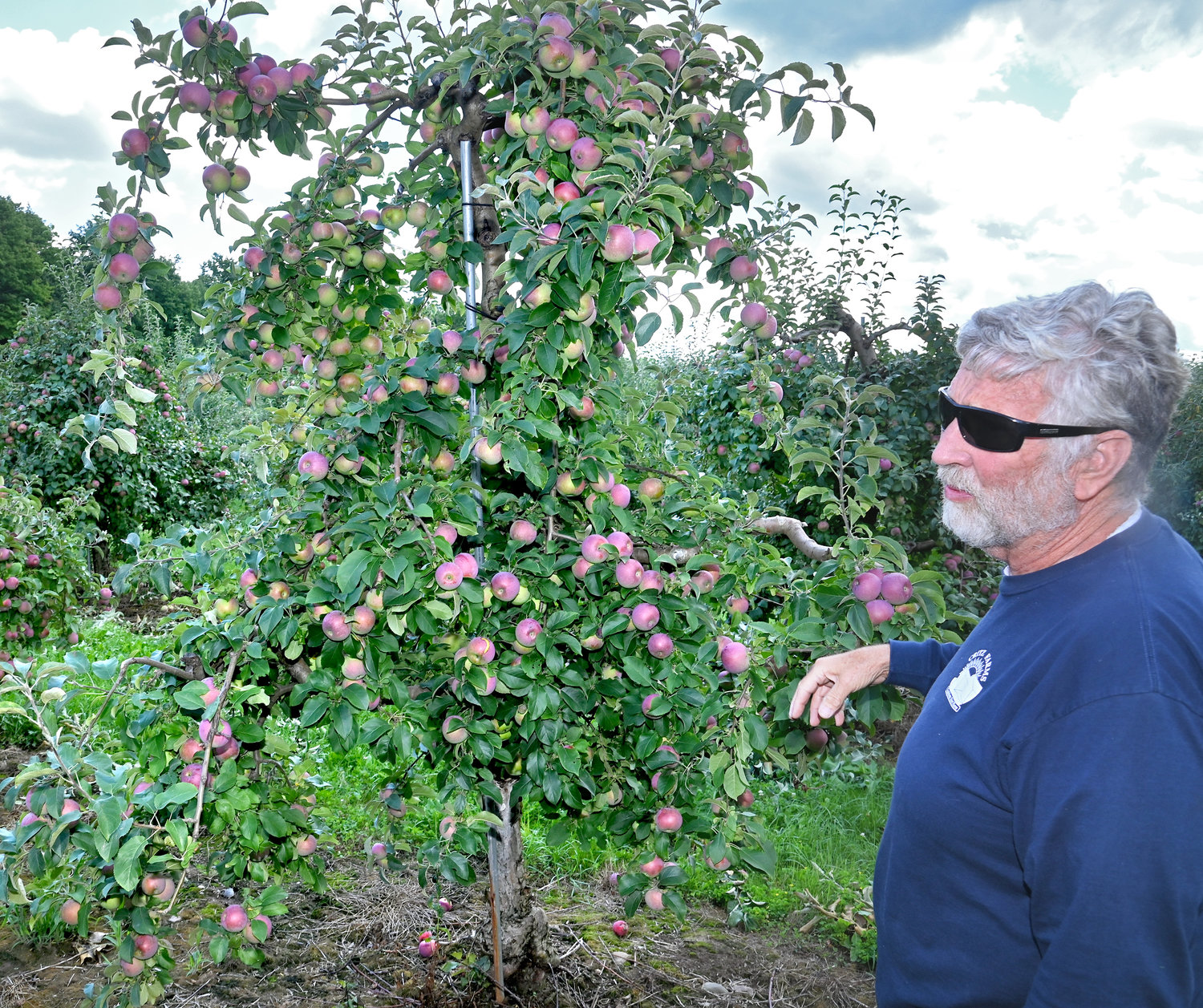 Matthew Critz with a tree full of Empire apples in his orchard in Cazenovia on Wednesday, Aug. 31.
(Sentinel photo by John Clifford) 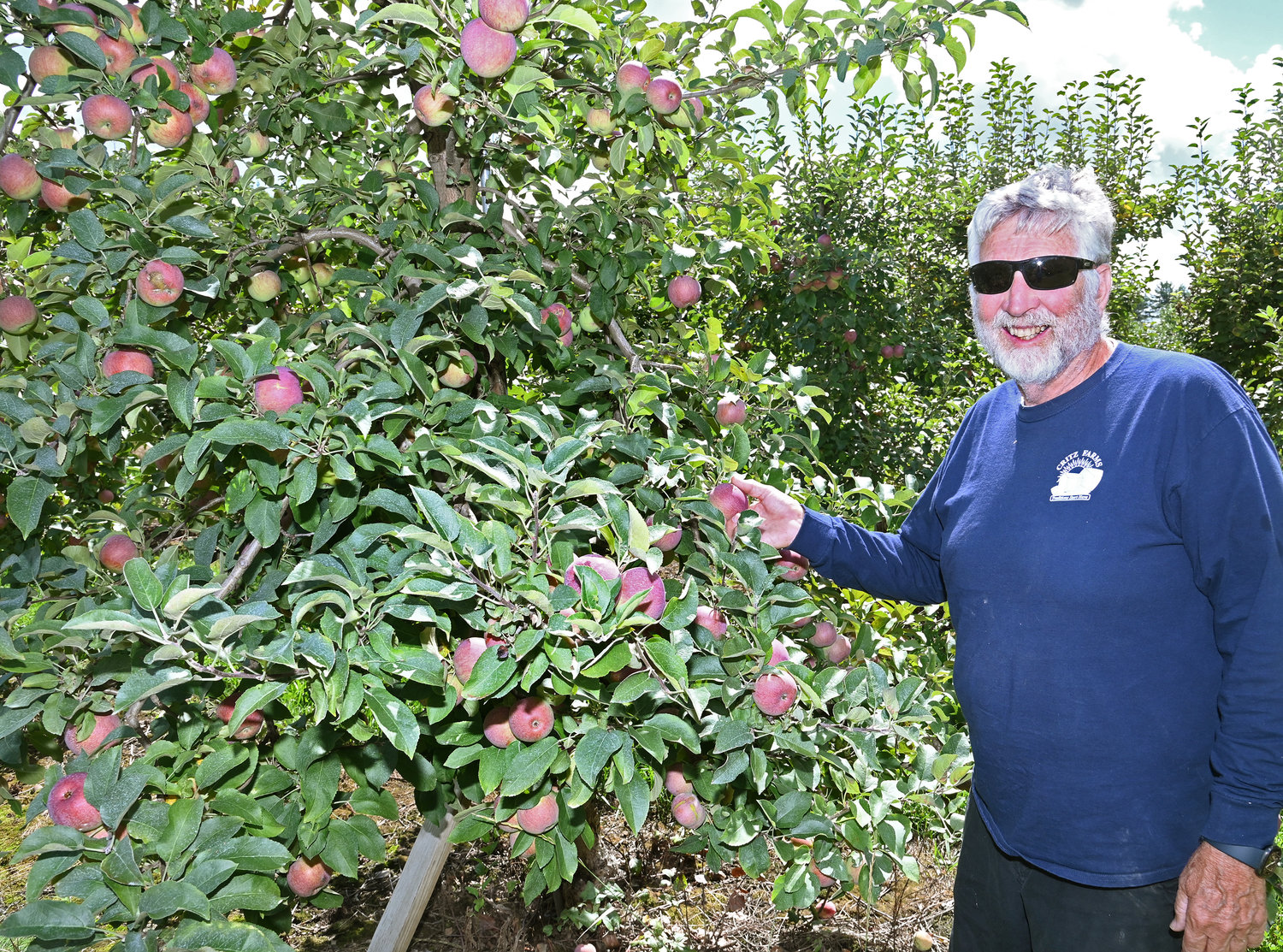 Matthew Critz with a tree full of Empire apples in his orchard in Cazenovia Wednesday, August 31.
(Sentinel photo by John Clifford)
Previous Next
Posted Tuesday, September 6, 2022 7:30 am
More information

For more information about Critz Farms, visit www.critzfarms.com. Or, to stay up to date about upcoming events, visit www.facebook.com/CritzFarms.

North Star Orchards at 4741 NY-233 in Westmoreland has their first crop of honeycrisp and zestar apples available at the market.

CAZENOVIA — Those excited for cider season have a sweeter than usual cider to look forward to this year thanks to the hot summer.

Matthew Critz, owner of Critz Farms, said that some orchards might have an early harvest this year because of the heat, while others might be behind because of the cold snap in May.

“My orchard opens for apple picking on Saturday, Sept. 17 and my apples look like they’re on target,” he said. “And they’re going to be extra sweet this year because it was so dry during the summer.”

Critz Farms, located at 3232 Rippleton Road in Cazenovia, has been home to an apple orchard for 15 years and has been a staple of the community for apple and cider enthusiasts.

Critz doesn’t think the apples will be as big as they usually are but said, “… they’ll definitely be sweeter.”

An article published by the American Cider Association by Greg Peck, an associate professor at Cornell University in Ithaca, confirmed Critz’s observations for smaller, sweeter apples.

“Without additional rainfall, orchards in New York can expect smaller than usual fruit,” Peck wrote. “However, this may also result in higher sugar contents in the juice, similar to what New York experienced in 2020.”

“I suspect that New York’s apple crop will be near to average in volume,” Peck continued. “High tannin cider apples are still in short supply as they are not widely grown yet, but there should be plenty of apples overall.”

Critz wasn’t as confident back in the middle of summer, saying, “If you asked me, I would have said it wouldn’t be a normal season. But looking out at the orchard now, it looks like a normal season.”

“I’ve got a good amount of fruit, I don’t have a lot of apples dropping early, and I’m optimistic about the results this year,” he added.

Critz said they’re on track to kick off their Fall Harvest Festival on Saturday, Sept. 17 — right when pick-your-own apples will start.

“We’ll have the corn maze ready to go, we’ll have a petting zoo, the tasting room and brewery will be open, and there’ll be hay rides,” he said. “It’ll be a fun day.”