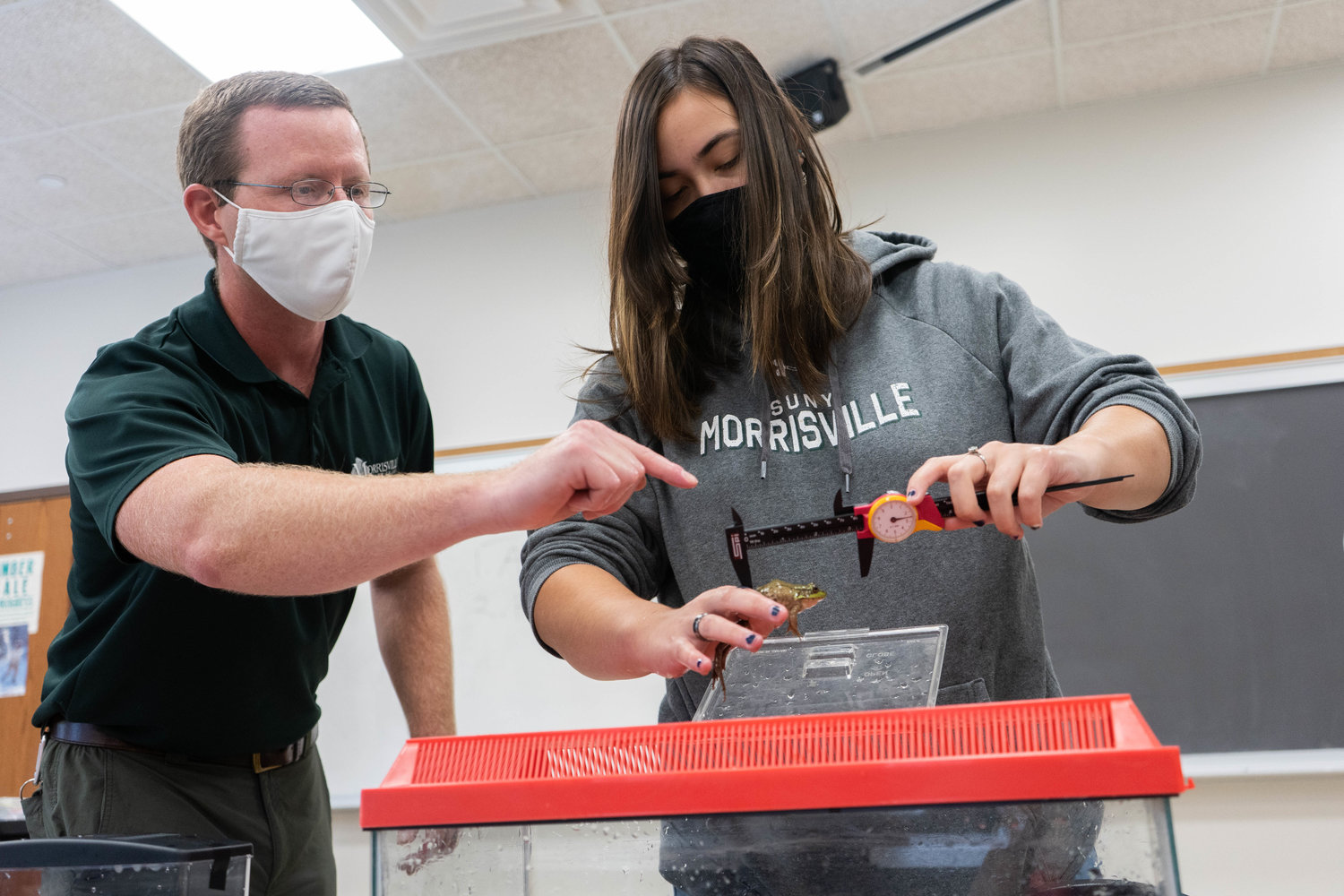 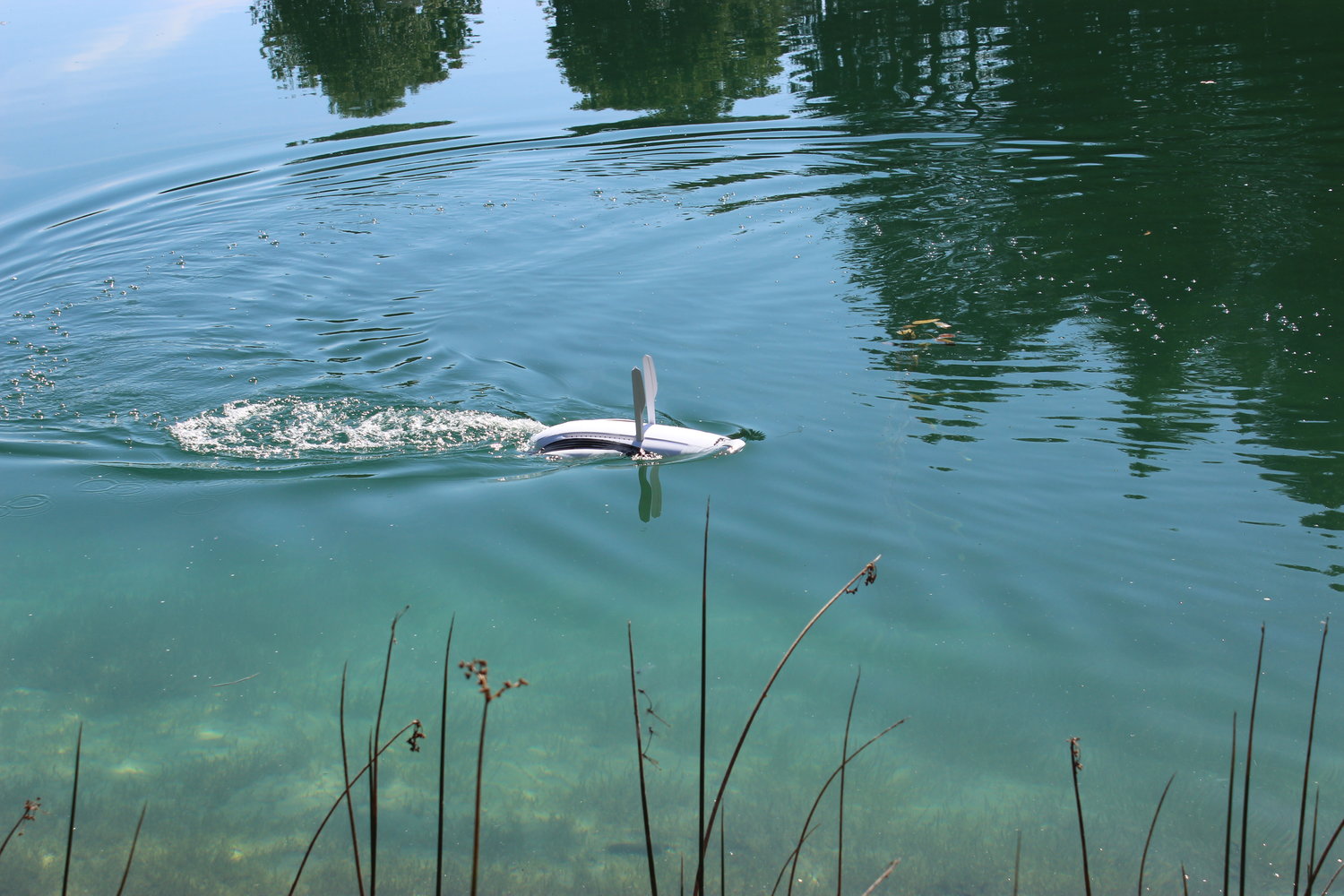 Students in a SUNY Morrisville study used a Power Dolphin surface drone, shown above, which yielded some of the best images during the aquatic drones and turtle study.
(Photo courtesy SUNY Morrisville)
Previous Next
Posted Tuesday, July 12, 2022 5:50 pm

MORRISVILLE — A real-life classroom approach is giving students in Eric Diefenbacher’s herpetology class valuable field skills and an opportunity to explore and develop research skills for their future careers. And it led his Fall 2019 class to be published in the Journal of North American Herpetology.

Their study, “Notes on the operation of two types of aquatic remotely operated vehicles during a mock freshwater turtle survey,” reports on observations of two types of aquatic ROVs, also known as aquatic drones, to determine if they allowed for accurate species identification without having spotted a turtle from the shore or boat first.

The survey, conducted at Rogers Environmental Education Center, in Sherburne, concluded that turtles could be identified underwater based on unique shell shape and pattern of a species using this new technology. Students also discovered the advantages and disadvantages of using the underwater and surface drones.

“This technology is only a few years old, mostly used in saltwater habitat and sea turtle observations,” Diefenbacher said. “The research conducted by this class is one of the first to evaluate how well this technology can perform in freshwater surveys, which is much different than a saltwater environment.”

It is the second time one of Diefenbacher’s herpetology classes has been published in a journal. In 2018, his fall herpetology class study, “Use of data loggers to investigate temperature trends above and below cover objects used by Plethodontid Salamanders,” was published in IRCF Reptiles & Amphibians Conservation and Natural History, a scientific journal.

Throughout Diefenbacher’s courses, students conduct field work and research at various locations, including Rogers Environmental Education Center, Owens West Wildlife Management Area in Morrisville, and in labs on campus. The work they do provides important research for the sites they visit and skills in scientific communication for the students involved.

The popular class, a requirement for certain majors, is also offered as an elective.

“Everything they learn here they can apply directly in the field,” Diefenbacher said. “When they go out into their careers, they will have the knowledge and experience to do things properly.”

Diefenbacher, of Norwich, an organismal biologist specializing in herpetology, teaches at the Morrisville and Norwich campuses.