‘Sunburst’ mural being rebuilt; public to have input on new artwork

Reconstruction of the wall that hosts the iconic “Sunburst” wall mural that greets passers-by at Liberty Bell Park in downtown Utica has begun.

‘Sunburst’ mural being rebuilt; public to have input on new artwork 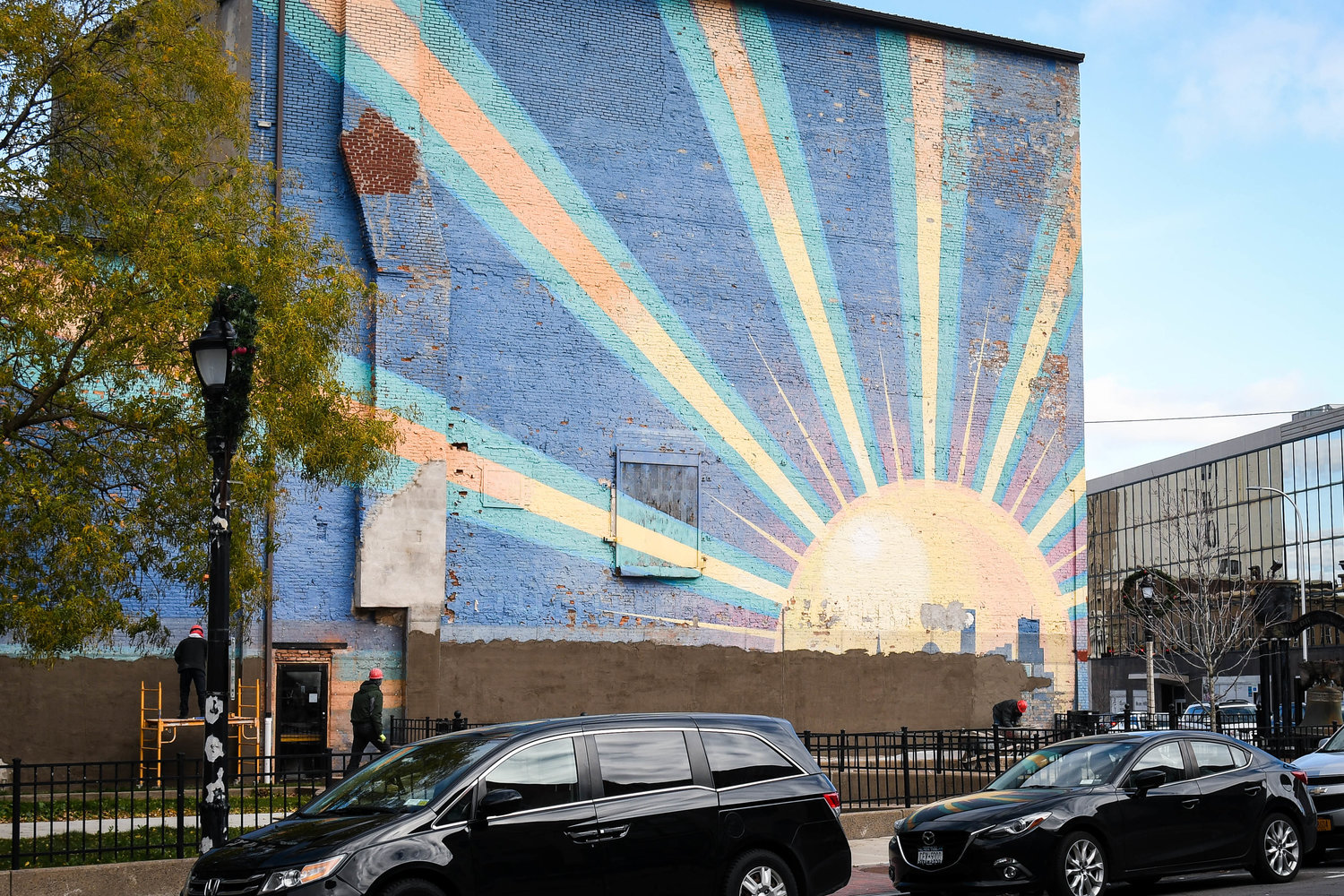 UTICA — Reconstruction of the wall that hosts the iconic “Sunburst” wall mural that greets passers-by at Liberty Bell Park in downtown Utica has begun — and city officials have begun to search for an artist and a design for a new mural at the highly visible location.

Mayor Robert M. Palmieri announced the reconstruction project on Monday, adding that the city will seek qualified artists and develop a public process to determine the final design. The city welcomes all proposals for the mural site, including the recreation of the current mural or alternative concepts.

“The Sunburst Mural has been a part of our cityscape and our culture for decades and has served as a showcase for all to see,” Palmieri said. “It’s only fitting that the public will help select the artwork that will showcase Utica for decades to come.”

“My administration is committed to having world-class talent painting the mural that will help define our city,” the mayor added.

The wall is being restored as part of the Downtown Revitalization Initiative and is funded through a State and Municipal Facilities Grant. The wall is in disrepair, Palmieri’s announcement said, and the city must rebuild the structural elements of the wall which will obscure the decades-old mural.

The city will put out a request for qualifications this week to see a qualified artist, artists or collective to paint a new mural, the announcement said. All artists who meet the qualifications will design proposals for the mural site; the top proposals will be made public and a public selection process will be used to determine which proposal will be used to develop the new mural.

The city has convened a committee charged with overseeing the commissioning of the project, which is expected to be complete by fall 2023.

Last month, the city announced the restoration of the fountain at the foot of the wall and several other projects or additional efforts to revitalize downtown have been completed or are in progress, including:

The city has redesigned the landscaping and planted the grass at Mini Hanna Park and is refurbishing the sculptures in the park;

The wall adjacent to Pizza Classic has been restored;

Councilperson Katie Aiello has made Franklin Square Alley the focus of her $200,000 American Rescue Plan expenditure and is working with an architect to make the alley an artistic and functional public space;

The city has restored the dilapidated walls that run parallel to form Franklin Square Alley;

The city has created a new parking lot adjacent to Bagg’s Square;

The city has ordered new planters along Genesee Street and is in the process of ordering new benches, bike racks and street accompaniments; and

Hanna Park at City Hall is beginning to be completely rebuilt, along with Chancellor Park on Elizabeth Street.