As people prepared for the Ring of Fire on Sunday, an annual summer send off on Great Sacandaga Lake, officials and business owners say this season was much like any other. 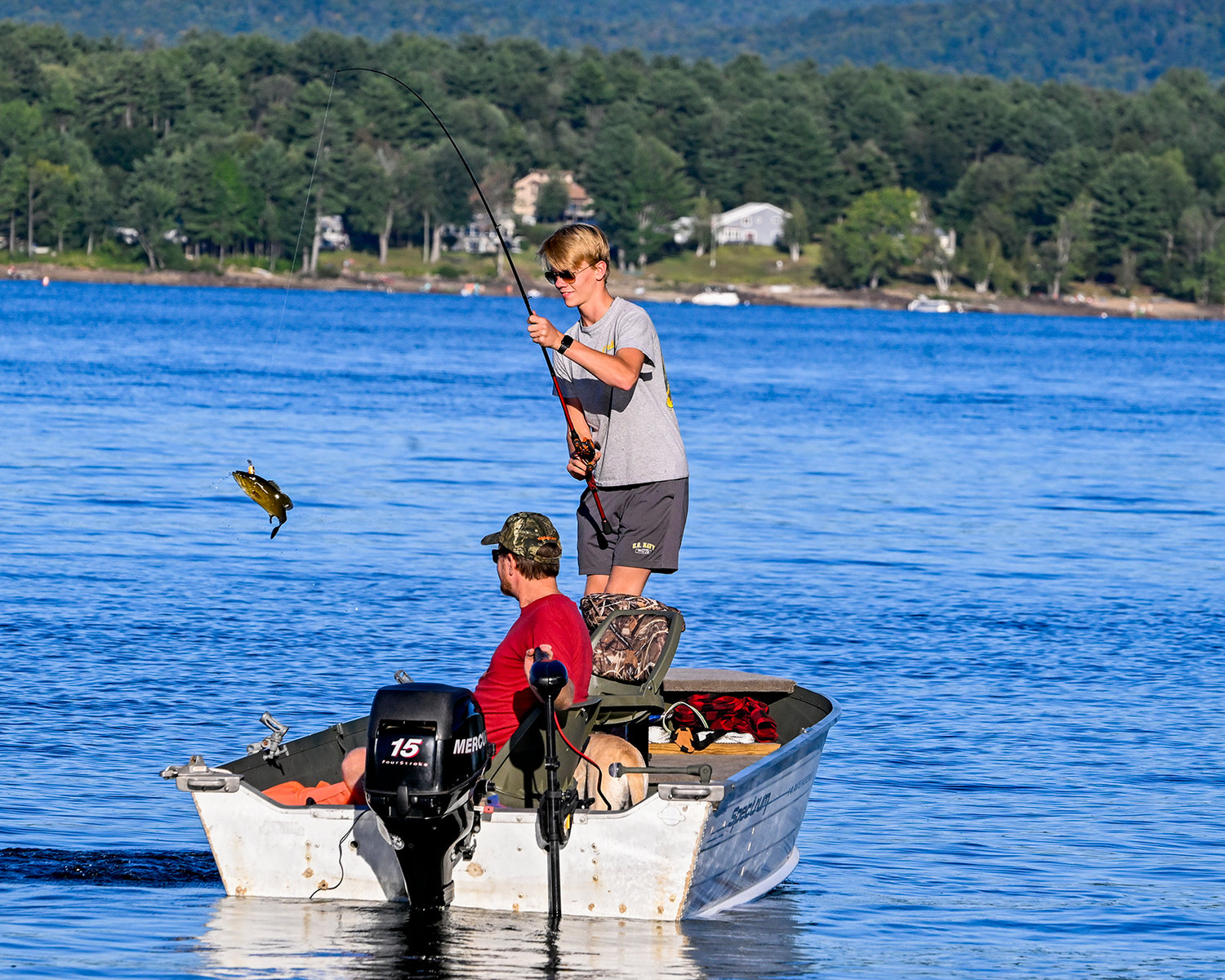 GREAT SACANDAGA LAKE — As people prepared for the Ring of Fire on Sunday, an annual summer send off on Great Sacandaga Lake, officials and business owners say this season was much like any other despite economic conditions.

“Despite inflation and high gas prices people were here to enjoy the lake,” said Anne Boles, the tourism director for the Fulton Montgomery Regional Chamber of Commerce.

Boles said that many marinas had few if any slips left open for boats this season up at the lake.

“The traffic was very heavy going up to the lake,” she said.

“I think a majority of the marinas on the lake are in the same position,” he said.

He said while gas prices were high, people at his marina pay for a boat space all summer and the great weather definitely contributed to many people hitting the water even if they didn’t take long trips across the lake.

“The weather was probably one of the best seasons we had in a long time,” he said.

The National Weather Service office in Albany tweeted Thursday that this summer featured above normal temperatures and below normal precipitation.

But while the weather has offered many great days for boating, the lack of precipitation means the boating season will likely end earlier.

“Our lake is a reservoir that’s controlled by a dam, so waters released throughout the summer from the dam through the regulating district so the lake drops as they release water, so we rely on rain to fill the lake back in as they’re releasing water,” he said. “So if we don’t get rain then the lake continuously will drop throughout the summer and then have what we have this year, which will be an early season by a month, month and a half.”

Anecdotally Fulton County Sheriff Richard Giardino said he had also received less complaints this year regarding boaters and people out on jet skis and the like.

“We think part of the reason is the price of gas,” he said. “We checked with some of the marinas and they said people weren’t buying as much gas because of the price being so high. A lot of the people were either staying at the docks or taking the boat out and parking it.”

The state Department of Environmental Conservation operates one campground on Great Sacandaga Lake, one on Sacandaga Lake and four others in the area — one on Caroga Lake, Little Sand Point and Poplar Point on Piseco Lake and Sacandaga Campground on the Sacandaga River.

“For these facilities, trends continue to increase in visitation over the last five to 10 years,” said Lori Severino, a spokesperson for the DEC. “Although we are currently slightly below last year’s all-time high, we are seeing the positive trend continue with attendance and usage from pre-COVID years.”

There’s also been an increase in day use attendance, she said.

“Day Use is very weather dependent and we have had a hot and dry summer season which brings people out to enjoy the outdoors,” she said.

While the DEC doesn’t specifically track how many boats use the state’s boat launches along The Great Sacandaga, Severino said that the department has generally noticed an increased use compared to last year.

The other reason for many people visiting the lake this summer was that there were various other events happening in communities surrounding the lake, Boles said. She said people were able to make a day out of it – boating on the lake, followed by taking in a musical event or eating at a local restaurant.

Boles said the chamber’s visitor center in Broadalbin saw people from nearby states, but also some more from out west, like Arizona, and even people from other countries including the United Kingdom and Israel.

Gordon said while they get some local people at their docks, they also see a lot of people from down state.

“The lake is probably busier than it’s been in a long time and it seems to be getting busier,” he said.