Heather A. Nunneker, Special to the Daily Sentinel
Posted 7/20/22

Summer is in full swing, and the Boonville Concert Band has returned for a series of concerts at the lower pavilion in Erwin Park. 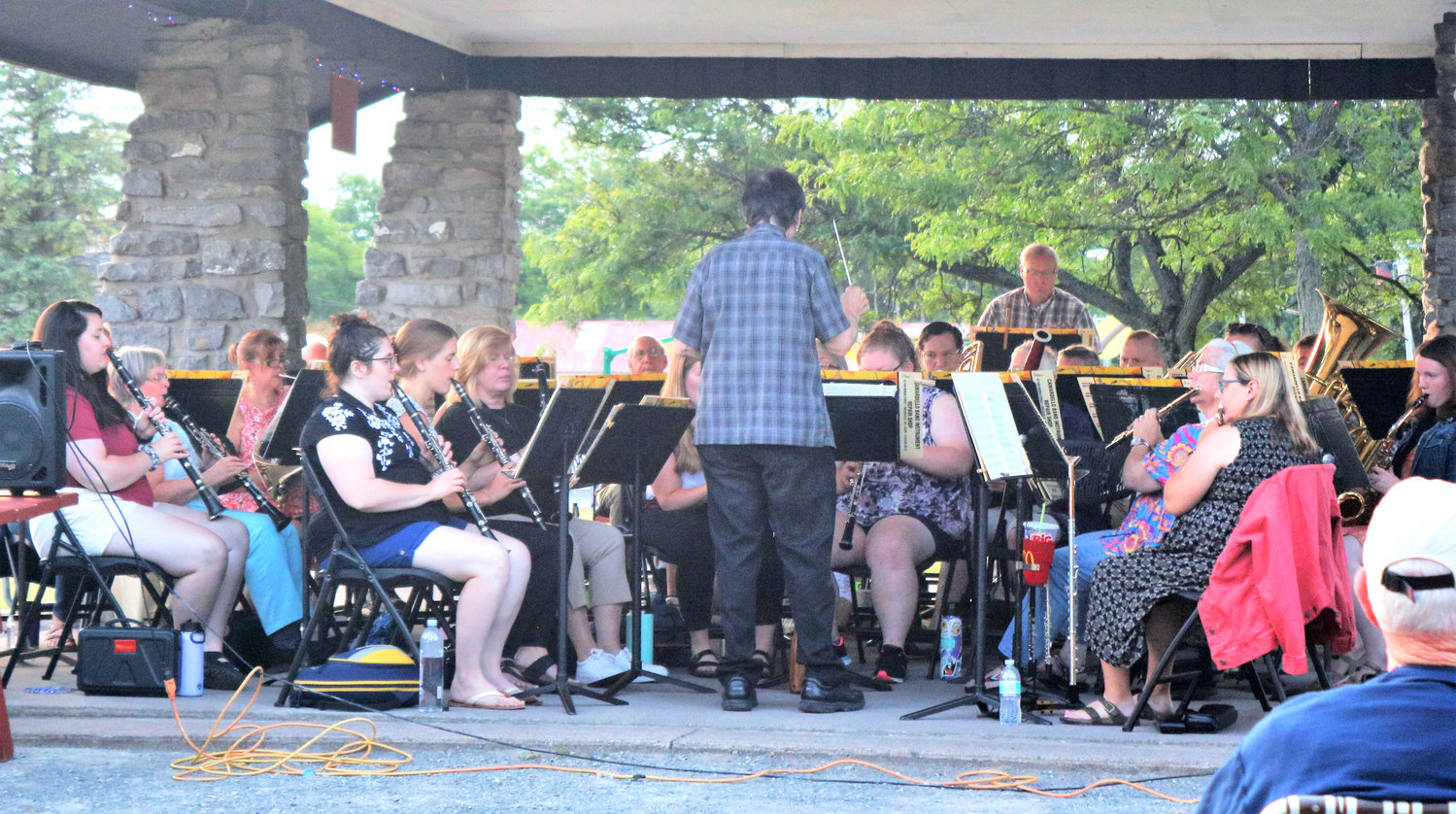 Members of the Boonville Concert Band perform a free show on Friday, July 15. The event kicked off this year’s summer concert series for the group. The next show in the series is Friday, July 22, at Erwin Park.
(Sentinel photo by Gail Hempel)
Posted Wednesday, July 20, 2022 3:20 pm
Heather A. Nunneker, Special to the Daily Sentinel

BOONVILLE — Summer is in full swing, and the Boonville Concert Band has returned for a series of concerts at the lower pavilion in Erwin Park. This week’s concert will take place at 7 p.m., Friday, July 22, with featured artists Evelyn Simanowski and Jon Magendanz.

Simanowski is the 2021 recipient of the Boonville Concert Band Scholarship. She participated in the 2020 NYS Conference All-State’s virtual choir, and the 2020 New England Conservatory virtual summer choir. She is a vocal performance student at Houghton College and will perform “Moon River,” the well known song featured in “Breakfast at Tiffany’s.”

Magendanz is well known to Boonville Concert Band attendees. Starting at age 4, he began his violin instruction with his father, an assistant concertmaster with the Utica Symphony Orchestra. His later instructors included Louis Krasner at Syracuse University, Bela Urban at Hart’s School of Music, and Elaine Ritchie at Yale University.

Past affiliations include concertmaster of the Utica Symphony; concertmaster and assistant conductor of the Anna Maria Island Concert Orchestra; chamber music instructor for the New York String Teachers’ summer music camp at SUNY Fredonia; chairman and director of the Holland Patent School string program, past member of the Venice, Florida, Symphony, and regular member of the Boonville Concert Band.

He has appeared as a soloist locally, nationally and internationally.

This week, the band, under the direction of Martin Ischia, will perform “The Fairest of the Fair” by John Philip Sousa, who was often hailed “The March King.” Another feature, “Armed Forces Salute” arranged by Douglas E. Wagner, will highlight each branch of the military in honor of those who have served.

Spectators are encouraged to bring their own lawn chairs or blankets for seating. The event is free and open to the public, although donations are accepted, and appreciated. All proceeds go toward the continuance of the band.

The next concert in this series will be on Friday, Aug. 5.