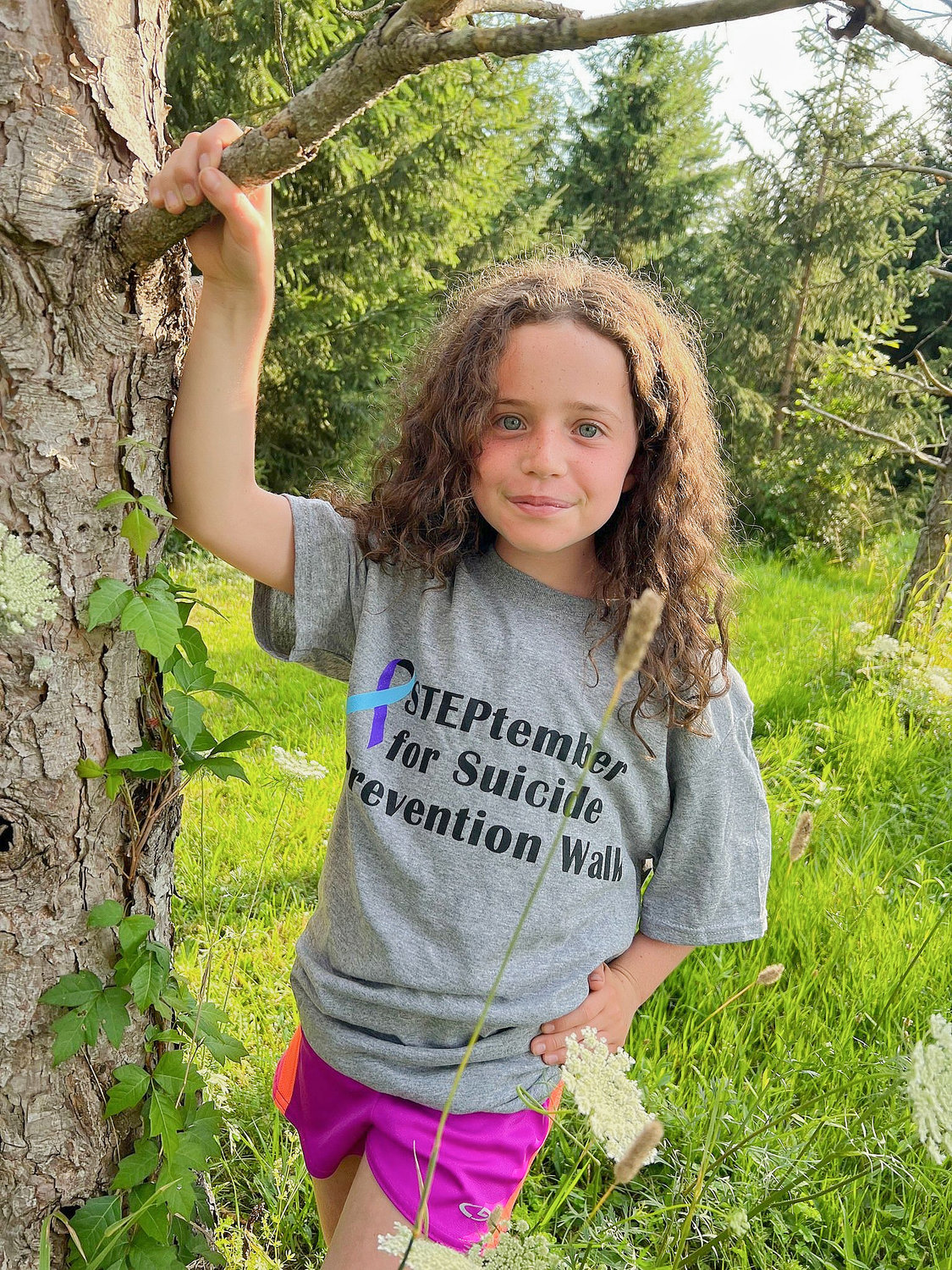 To help raise awareness, BRiDGES is holding its STEPtember for Suicide Prevention event on Saturday, Sept. 10. Anyone can join this in-person walk at Chapman Park, at 1463 NY-31, in Bridgeport. Registration opens at 10 a.m. on the day of the walk.

Anyone who wants to support suicide survivors, survivors of loss, and help suicide prevention in Madison County is welcome to attend.

For facts on suicide prevention from the CDC, visit: https://www.cdc.gov/suicide/facts/index.html.

“You are loved, you are needed, and you are never alone,” she said. “Reach out, as there are people who care about you and are willing to help.”

The Madison County Council on Alcoholism and Substance Abuse, or BRiDGES, offers many services to the community to help those in need. Madison County Mental Health and Public Health, among other organizations, are part of the Madison County Suicide Prevention Coalition, which is headed by BRiDGES.

And the need in Madison County is great.

New York State is among the 44 states that have experienced an increase in the suicide rate. “Historically,” Campanie said. “Madison County’s rates are higher than other counties in New York State.”

In a 2017 report by the Madison County government, suicide was the second leading cause of death for people ages 15 to 34 in Madison County.

The rate of suicide mortality among Madison County residents, ages 20 to 34 years, is two to three times higher than the rate for New York state.

“Generation-specific factors that contribute to anxiety and depression include financial stressors stemming from large student loan debt and the rising cost of both health care and housing,” the report read.

The rate of suicide mortality is two to three times higher for people ages 45 to 54 and for adults aged 85 and older. “Older adults may experience more social isolation due to the death of peers and family members,” the report read. “Moreover, rural communities have limited public transportation and community centers for senior programming, both of which limit an older person’s options for social interaction.”

In the past, mental health problems had been largely stigmatized, and people had kept their suffering silent. But in recent years, that attitude has changed, and Campanie thanked an unlikely source.

“I think that one of the positive outcomes we saw from COVID-19 is that the focus on wellness and seeking services and support for mental health became more socially acceptable,” she said. “However, despite all of this, we know that stigma related to addiction, mental health, depression, and just seeking help is still prevalent. We are a country and a culture that prides itself on ‘toughing it out,’ and we often perceive those who reach out for help or support as weak.”

But Campanie says that isolating oneself can only make the problem worse, with isolation leading to depression. And in a rural county like Madison County, isolation is a risk factor for some community members. So Campanie encourages people to reach out, learn, and raise awareness. “Through raising awareness that people are not alone in whatever they are facing, we can continue to offer support and meet people where they are at,” she said. “Of equal importance, we know that for every one lost by suicide, hundreds of people are impacted, leaving many people in our communities feeling alone and often hopeless.”

For those with suicidal ideas looking for help and don’t know where to turn, Campanie urged people living in Madison County to reach out to the Madison County Health Department and its Mental Health Clinic, which has a 24-hour crisis line at 315-366-2327.

“Madison County has seen an increase in mental health calls over the last two years,” Madison County officials said. “That is why we have added new positions at our clinic, have implemented the Mental Health Task Force, and are working on many new and additional ways to assist our community — including the new pilot school clinics.”

Pathways Wellness Center is another organization that offers peer support and activities for people who need extra support.

And BRiDGES offers an adult monthly Survivors of Suicide Loss support group, which can be reached at 315-697-3947 for more information.

There is also the National Helpline, which people can call by dialing 988.

To help tackle this issue, BRiDGES urges people to talk with their children and raise awareness, fostering understanding.

“Children are talking in their group chats on their phones about being depressed and suicidal,” Campanie said. “As adults, it is our job to pay attention and have these hard conversations with kids, so they know how to respond. We need to teach them if they see something, to say something. In June, my middle school child came to me about a peer they were concerned about after seeing a thread of hopeless texts. Because I had spoken about suicide to my child, they felt comfortable coming to me, and they were the only child to share such information with the school district about their concern for their peer. Because of this, the child was able to get support. We are in an age where our children may be the first, or sometimes only ones seeing these conversations. We need to help prepare them if they do.”

Families and friends of people with suicidal ideas are encouraged not to be afraid and to talk to their loved ones if they feel concerned. Campanie said that when talking to someone, it is important to be direct and ask questions like ‘Are you having thoughts of suicide’ or ‘Do you have a plan?’ and have resource numbers on hand if you need to call in support of a loved one.

But more than anything, people can help their loved ones by being there.

“The best thing you can do is be supportive and let them know you are there for them, whatever they need,” Campanie said.