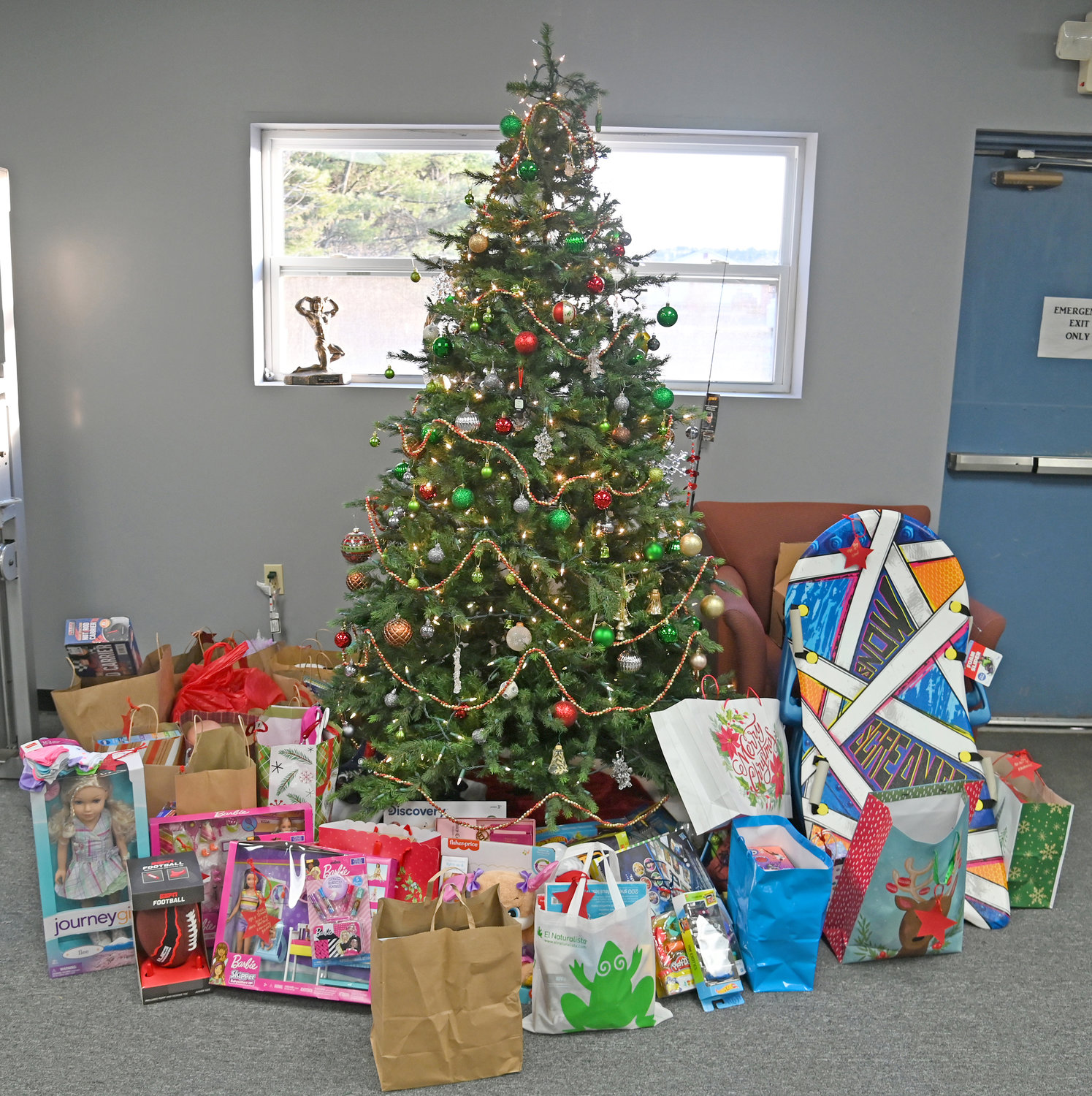 BARNEVELD — In just a few short weeks the crew at the Fitness Connection in Barneveld pulled together the first ever community giving tree program to bless local families with gifts this Christmas.

The community giving tree was the collective idea of Mary Lou Noeth, the matriarch of the Noeth family that owns the Fitness Connection, and Tim Liddon, general manager.

In early December the two were discussing doing something for the community. Liddon called a few programs for information but was told it was too late in the season to participate. They were not deterred, however. Noeth contacted a friend that connected her to a local woman (who wishes to remain anonymous) that provided her with a list of needy families in the area.

Once she had the list, she went to quick work to create stars with gift ideas that corresponded to the ages, sizes, toy ideas, and needs of the families.

The community was speedy to react.

“We filled the tree with stars,” Noeth said. “Within the first day and a half the stars were gone and I had to add more.”

Many of the stars were claimed by members of the fitness center, but even those outside of that network contributed.

“We had people who were not members calling and asking if they could come in a get a star,” Noeth said. “It worked out really well.”

MetLife in New Hartford participated by raising money that went towards purchasing gifts.

Eva Capuana, an employee of the Fitness Connection, raised more than $1,000 for the program within a few days.

The Noeth family is grateful to the members of the gym and the community at large for contributing towards the giving tree program.

Next year they plan to start the program earlier to bless even more families.

“The response was so nice,” William Noeth said. “We would like to do it again.”

When the Noeth family opened up the Fitness Connection, their main focus was community. Since opening in June of this year they have already coordinated a couple of successful fundraisers that have benefitted local charities and members of the community.

“Most recently we set up this giving tree at the gym,” Mary Lou Noeth said. “We are overwhelmed with the support we received. The gifts are all going to local families with kids in need. We thanks everyone for the support.”

The toys are now headed to the families whose Christmas will be a bit brighter thanks to the Fitness Connection.